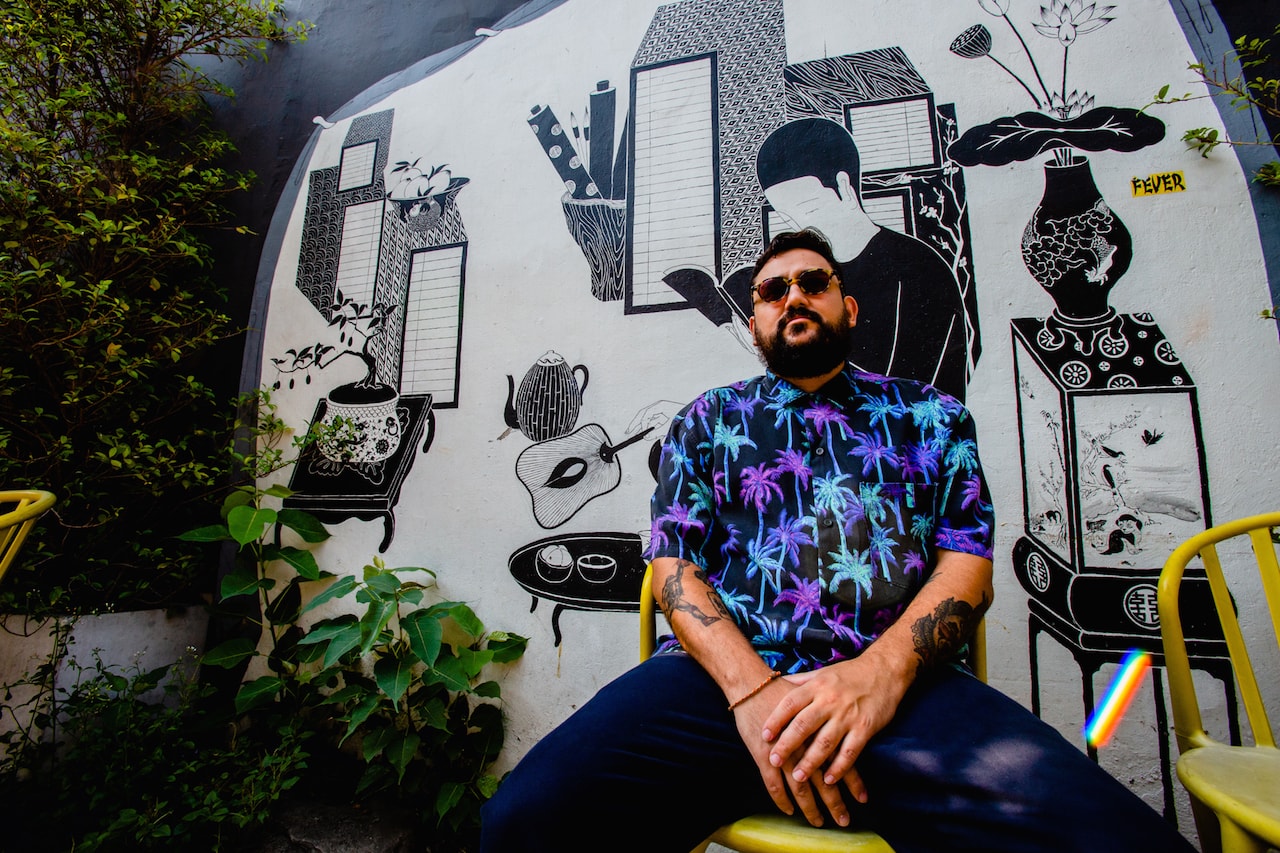 Bangkok is a city brimming with talented and fascinating people. In 27 Questions, we interview notable Bangkok personalities, learning about their whims and aversions, important life moments and their hopes and dreams, all revealed in about the same amount of time it takes to sit through a round of speed dating.

Sebastian de la Cruz is a good example of how the best ideas sometimes come after a drink or two. This month, we asked our 27 Questions to the man who turned one casual drinks night with a friend into a business venture – and a seriously successful one at that. Tropic City is now one of Bangkok’s most popular go-tos for those “casual drinks nights”. With a regular crowd of all-sorts from artists and filmmakers to fashion models, Sebastian’s bar is a hotspot for all creatures hip, cool, and creative. Oh, and it’s also been awarded a place on the Asia’s 50 Best Bars list for 2019.

Back in Sweden, Sebastian and his co-founder, Philip Stefanescu, were already shaking up the bar scene. Sebastian then received a job offer in Bangkok and brought along his friend. They quickly began making waves in the bar scene here too. You might have come to know Seb and Philip indirectly through your cocktails back in the days of Thonglor’s  U.N.C.L.E, Touche Hombre, or Lady Brett. Fast forward a few years and they’re sitting in a bar in Bangkok discussing their love for tiki drinks (those tropical, juicy, rum-heavy cocktails). The next thing they knew, Tropic City was in the works.

Now, on the leafy, understated, and casually swinging Charoen Krung road, Sebastian’s world-famous bar is a neon-signed icon. The old house-turned-watering hole lined with wallpapers of palm trees and parrots is a refreshing break from the typical moody, glitzy “cool” bars of Bangkok. Sebastian was all about fun and escape for Tropic City. He’s made a killer playlist of soft hip hop and tropical house for the bar, while his cocktails – as expected – are real tropical treats.

We don’t know how he managed to come up with an idea for such a cool bar that managed to become one of Asia’s 50 Best Bars in less than two years of its opening – but we did find out a few other fun facts about Sebastian de la Cruz. With our 27 Questions, we got to know what most other interviews won’t tell you about this cool, laidback bar-creator.

What is your life motto?

“Everyday is a piña colada day”.

What is the best meal you've ever eaten in Bangkok?

Gaggan’s at his lab.

Who is your role model?

What was your first job?

Bellboy at a 5-star hotel.

What is your drink of choice?

When was the last time you drove a car?

Back home in Sweden – I drive a bike here.

Are you a morning person or a night owl?

If you could only eat one thing for the rest of your life, what would it be?
I love food way too much to only choose one thing, but it would probably be some kind of pasta.
What is your biggest regret in life?

Not spending enough time with my sisters.

What do you hate most about living in Bangkok?

How often do you prepare your own meals?

Rarely. I miss having a real kitchen at home.

What is your greatest fear?

What is your biggest guilty pleasure?

Blue drinks and pink everything.

What is one movie everyone should see?

Either working at Tropic City or just Netflixing at home.

Which moment of your life would you most like to relive?

What makes someone a real Bangkokian?
When you know your way around all the different “one way roads” that make no sense at all.
What is one song you know all the lyrics to?
Regulate – Warren G ft Nate Dogg
If you could banish someone from Bangkok forever, who would it be?
The person who makes the social media videos for Cocotte, those videos are so bad.
Where do you go when you want to be alone?
A basketball court.
What is one thing you’ve never revealed to your parents?

What is your favourite scent in the whole world?

Who is the best teacher you’ve ever had, and what is one important lesson they taught you?
My grandfather used to be a philosophy teacher and he read me a few quotes from famous philosophers when I was young. My favourite one is from Socrates: “The only true wisdom is knowing you know nothing.”
What is the last dream you remember waking up to?
That I had to move back to Sweden. I was quite relieved when I woke up because I really enjoy living here.
How many pairs of shoes do you currently own? Which do you wear the most often?
Around 30 maybe, and either original Vans or Air Max 1s.
What was the best moment of your life?

When we received the mail from Asia’s 50 Best Bars saying that we made the list. That was pretty nice.