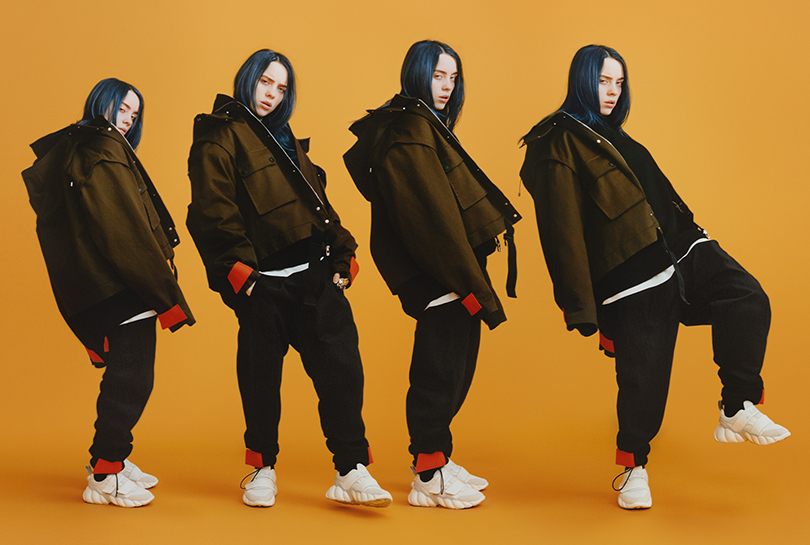 Billie Eilish and new Patricia bags: all you need to know about the MCM AW19 collection

Style
Billie Eilish and new Patricia bags: all you need to know about the MCM AW19 collection
Share this article
Next article

MCM (which stands for Modern Creation Munchen) is known for being a truly forward-thinking 21st century label. The brand has always stood for freedom and personal expression. With a playful, eccentric, and irreverent new MCM AW19 collection soon to be fully launched in Bangkok, we’re super excited to see what the youth-supporting brand has in store for us this Autumn.

First of all, the brand has introduced none other than Billie Eilish, the 17-year old pop sensation, as the star of the MCM AW19 campaign. An inspirational young singer, Eilish has become a kind of Gen-Z prophet in the last couple of years since her debut EP. Known for being a promoter of individuality and singular voices, her honest and soul-bearing lyrics endear her to legions of the new generation worldwide. The bottom line: she’s the perfect face for MCM and their youthful, urban, and fluid aesthetic.

What we can also get excited about are the new additions to MCM’s iconic Patricia Leather Bags. For MCM AW19, two additional colours have been added to the modern girl’s It-Bag series. But there are still many more surprises to come. Here’s what we can be expecting from the new MCM collection dropping this Autumn.

[All images courtesy of MCM.]

Billie Eilish is well known for her distinctive wardrobe. Genderless, oversized apparel and accessories make up many of her looks. Shot alongside Childish Major, a young rapper-producer, the two share their interchangeable fashion items throughout the MCM campaign. His belt bag becomes her cross-body; her parka becomes his tech vest. Interchanging the masculine and the feminine, the classic and the cool, these images show how MCM embraces cultural fluidity in their modern styles.

“I love to glorify the things that make people uncomfortable. We’re so used to one way of living that we think other peoples’ lifestyles are wrong — sometimes automatically, without even thinking. I want to mess with what people are used to. I want to be that other”, states the young singer.

The MCM AW19 campaign was shot by Lea Colombo, who’s another one of fashion’s millennial insurgents. Here, she’s produced images of the stars in multiple states of motion within a single portrait. It’s a way of showing the unique mindsets of Eilish and Major, as well as the unique mindsets of Gen-Z who embrace, and glorify, their identities as being constantly in flux.

So, what kind of pieces are Eilish, Major, and Colombo promoting in the MCM AW19 campaign? We’ve had a sneak peek at the brand’s new additions to their most iconic line of bags. The Patricia Leather Bags come in three styles: the Patricia Satchel, Patricia Crossbody, and the Patricia Shoulder Bag. In the new collection, these styles will now be available in two gorgeous new colours: White & Cognac and Black & Eden.

Need another reason to head to shop the new MCM collection? We’ve got two words for you: ice lollies. If you head over to the Emquartier store before 14 August, you can grab an ice lolly (or three) in three scrumptious flavours while you choose your favourite Patricia Bag. There’s no time to lose.

Louis Vuitton is opening a restaurant next month