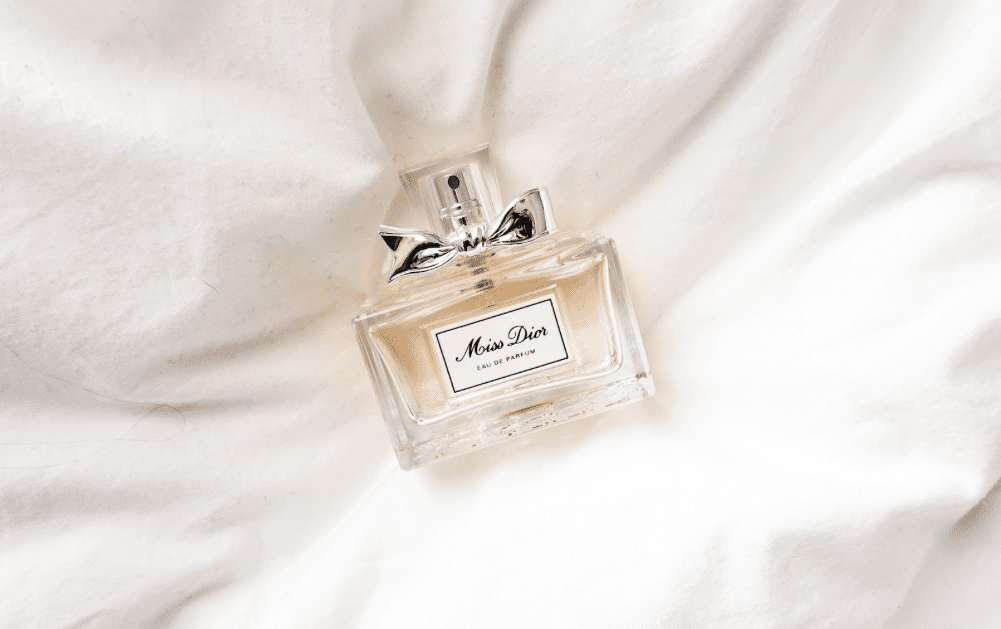 “I feel as much a perfumer as a couturier.”

True to his statement, Christian Dior’s name has become synonymous with the glorious art of perfume. Dior saw perfume as the ultimate accessory, the final touch to a look. He worked on his perfumes with the same precision and creativity as he did with his couture. His Atelier is one of the few with an in-house ‘nose’ – and the trusted perfumer François Demachy is still producing fragrances for Maison Christian Dior today.

Here in Bangkok, you might have noticed the opening of a gigantic pop-up boutique for Dior perfumes at Siam Paragon. You may have also attended or seen the grand opening of Maison Christian Dior in ICONSIAM on Wednesday evening. The beautiful event showed that these fragrances remain iconic and are considered favourites amongst Thais. With an introductory concert performance and attendance by stars including Anne Thongprasom and Tik Jesdaporn, the event showed that whenever something new is happening in the world of Christian Dior’s perfumes, it is always a big deal.

So it should be. Christian Dior’s perfumes aren’t just scents, they’re stories. His love of fragrance goes back to his childhood spent in the family rose garden, creating herbariums, and passionately learning the latin names of flowers. Through hard times and romance, making perfume became Dior’s mode of expression. Inspired by the new Maison Christian Dior, we’ve decided to look back through some of Dior’s most iconic perfumes. Here are some of the most interesting and surprising stories we uncovered along the way.

“Make me a perfume that smells of love”, Christian Dior said to his perfumer Paul Vacher. The first and most classic perfume, Miss Dior, is the ultimate declaration of everything Dior wanted in a fragrance. It’s a celebration of love, femininity, beauty, and happiness. Yet it was inspired by a woman who spent a year in a concentration camp during World War II. Before Christian Dior became ‘Christian Dior’, his sister, Catherine, disappeared after joining the French Resistance. She was kept in a concentration camp in Ravensbruck, but was then able to return. Even though it had been a year, Catherine’s face had aged a decade. But Dior was inspired by Catherine’s determination that beauty and joy could still be found in the world. He wanted to make a perfume that expressed this faith in love.

On the day of Dior’s first couture collection, his salon was spritzed with the soon-to-be legendary ‘love fragrance’. This pairing formed a collection that stood out from other brands in the post-war period. While other designers presented serious and austere lines, Dior’s presented joy, elegance, and beauty. Learning from his sister, he thought people wanted to look beyond the difficult times and be reminded of the happiness and love that was still in the world. Dior’s guests left the show that day with the scent of Miss Dior on their clothes and skin. Today, the iconic scent continues to linger still.

Dior described this perfume as ‘the scented expression of my soul’. The perfume of his spirit, it contains Dior’s lucky flower, the Lily-of-the-valley. He put it everywhere, like the hem of a dress for good luck. The flower is also legendary in French culture. It celebrates the fearless fighter, Saint Leonard, who was said to live in a forest under threat by a dragon. After defeating the dragon in a bloody fight, the story goes that poisonous weeds grew where the dragon spilled its blood but the Lily-of-the-valley grew where Saint Leonard spilled his. With a romantic 50s scent, this fragrance has become a symbol of elegance and history.

Zingy and zesty, this was Dior’s first perfume for men. Made in the 60s, it wasn’t until 2015 that it was officially launched in modern stores (together with a film starring Johnny Depp). The sensual and mysterious freshness makes this a classic nocturnal perfume. It was inspired by ancient legends about supernatural desert creatures at twilight. The perfume is made with ingredients from exotic and mythical places as imagined in these stories, such as Calabrian bergamot, Indonesian nutmeg, Sichuan pepper, and Papuan Vanilla. This is a truly wild and sensual fragrance for men.

This was a perfume just as groundbreaking and boldly innovative as the transformative period of the 80s. The spicy floral elixir was a new mythical and oriental scent that broke with traditions for women’s fragrances at the time. Now reimagined as the Hypnotic Poison (released in 1998) in a bright red flacon vessel, the perfume is a stunning combination of bitter almond, jasmine, vanilla, musk, and jacaranda. It makes an intriguing and complex addition to Dior’s flower-focused perfumes.

Continuing Dior’s quest to express happiness and joy through perfume, this is Francois Demachy’s ‘fragrance of happiness’. A characteristically nostalgic man, he was inspired by recollections of carefree days and joyrides in a convertible along the Italian Riviera. Primarily made for women, there is still an added complexity to reevaluate what a feminine perfume should be like. While the magnolia is feminine and joyful, there’s a darker and more sensual undertone of cedar. There’s also an unexpected spiciness of cinnamon – an ingredient traditionally used on men – which gives this feminine fragrance a modern edge.

Most of us will be familiar with the perfume’s campaign front starring Charlize Theron. The famous teardrop-shaped bottle represents the elegant silhouettes of Dior’s couture for women. The perfume is a powerful ode to women, to their beauty, sensuality, and complexity. The multi-layered scent reflects Dior’s idea of the complexities of women. Sweet but balmy, the slight sharpness of mandarin and florals is balanced with the warmth of musk, jasmine, and amaranth. The trademark amphora shape is supposed to recall antiquity, Greek feminine strength, and precious liquids traditionally contained in these vessels.

We’re all familiar with the front for Dior Joy featuring Jennifer Lawrence. But she wasn’t just the pretty face for it. She helped to inspire the perfume too. The third of the pillar fragrances was designed to be happiness in a bottle. Demachy was impressed by Lawrence’s ability to be laughing one second and then crying the next. It represented the spontaneity and fleetingness which Demachy saw as fundamental to the emotion of joy. He invited Lawrence to the laboratory and watched her instinctive reactions when smelling ingredients. As Lawrence reacted well to muskier tones, the perfume became a pink-tinted, bubbly dance between various musks. The fragrance continues to change on your skin, reflecting the dynamic and unique nature of joy. Demachy put it like this: ‘It’s a fragrance that has to be worn first, then understood later’.

Christian Dior’s perfumes continue to be iconic. Now it’s easier than ever for Bangkokians to join the sweet-smelling cult. The new Maison Christian Dior is our very own home for Dior perfumes, and it’s lined with dozens of scents for perusal. There are also in-store ‘noses’ available to expertly help you find the perfect match. With an entirely new line of fresh, floral, genderless, daytime, and nocturnal sprays, you could spend an entire afternoon in there. Exploring the selection with Bruno Angibeau, we fell in love with the musky Japanese Rose Kabuki and the upliftingl fresh Balade Sauvage. But don’t let us decide for you. These perfumes are like love and joy – everyone’s experience is different.

Travel
Checking in: how Soneva Fushi in the Maldives made us rethink our life choices
Culture
Our theme for January 2020 is revolutionary
Gear
5 great podcasts for every entrepreneur in 2020
Food & Drink
These are the best breakfast spots in Bangkok
Culture
Lifestyle Asia Playlist January 2020: Mia Restaurant
Culture
5 reasons why we’re heading to Circoloco 2020 at Baba Beach Club Phuket this month
Culture
Weekend Muse: 10 reasons why 2020 is going to be a great year
Culture
Everything you need to know about theCOMMONS Saladaeng opening this January
Culture
Best nightclubs in Bangkok to dance the night away
Culture
Why OneSiam is your ideal destination to celebrate Chinese New Year 2020 in Bangkok
Sign up for our newsletters to have the latest stories delivered straight to your inbox every week.