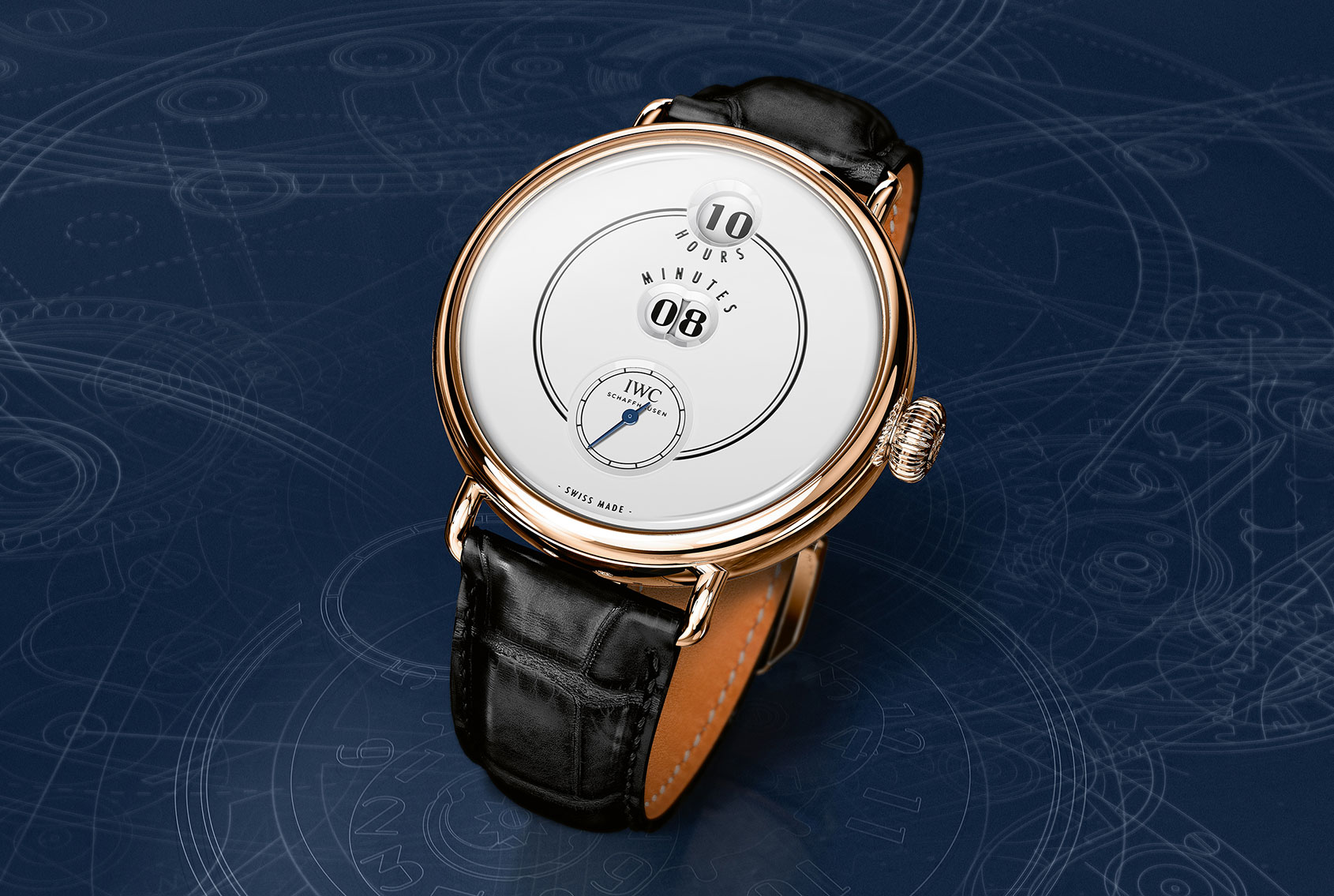 Pre-SIHH 2018: 9 watches to place your orders before everyone else

Style
Pre-SIHH 2018: 9 watches to place your orders before everyone else
Share this article
Next article

One of the two most important events in the horological industry, rivalled by only Baselworld, Salon International de la Haute Horlogerie (SIHH) has been ground zero for the launch of many new (and often important) timepieces, independent watchmakers, and innovations. The trade show has had a storied history of over 26 years, and insiders know its legacy has far preceded its title as a regular trade show by now. With a grand total of 35 prestigious brands participating, the mega show will take place from 15 to 19 January next year for SIHH 2018.

Maintaining an image of exclusivity and prestige has always been a key focus for the show, and so you can expect a lot of avant-garde designs, rare artisanal techniques and haute horology-approved finishing in the mix. High complications, skeletonisation and precious materials are also part of the deal at SIHH 2018, so you’re at the right place if you’re looking to stand out.

For a long time, the Richemont Group had — alongside several independent brands — represented the handful of exhibitors that made up SIHH. It wasn’t till two years ago that a “Carré des Horlogers” section was added to give niche artisan creators and independent workshops a platform to showcase their work. There were only nine of them in 2016, and that number has almost doubled to 17 this year, cementing SIHH as the venue to be at for potential shakers in the industry.

This year, expect plenty of anniversary specials and potential grail pieces. If you’re as pumped for SIHH 2018 as we are, here are some pre-launches that you might want to get ahead of first.

Inspired by the brand’s comet clocks, or “mystery clocks” from the ‘20s, this whimsical offering reinterprets one of its most iconic timekeepers into a compact 40mm package. The dial — a unique mix of a radial guilloche centre within a vibrant satin sunburst chapter ring — is split into two to indicate the hours and minutes separately. The former is featured at the top half, with sun and moon each pointing to the current hour during day and night time respectively. The minutes are indicated with a blue sword-shaped retrograde hand at the bottom of the 40mm watch, powered by the new in-house calibre 9982MC.

A more straightforward travel watch than the world time model in the Overseas line, the new Dual Time adopts a functional and more streamlined display, showcasing only the information a heavy traveller would need. Two central hour hands for each timezone, a day/night indicator at 9 o’clock and a date display at six make the dial, and both timezones can be adjusted forward and backward via a crown. What used to be the Jaeger-LeCoultre calibre 920 from the first generation is now replaced by the new in-house calibre 5110 DT that’s based on the rest of the Overseas series. Twin barrels give this new 41mm baby 60 hours of juice, and is available in three iterations: stainless steel with white or blue dial, or rose gold with a white dial.

Following a highly-popular white enamelled dial version released at SIHH 2017 earlier this year, Ulysse Nardin has released a new version of the Marine Tourbillon, this time with its classic blue dial. Now a signature of the brand’s (having also been on the Classico Manufacture and Marine Annual Calendar Chronometer), the style gives the face texture and depth thanks to a guilloche and blue grand feu enamelling process. A flying tourbillon — with hand-polished bevels — takes centre stage here, regulating the self-winding calibre UN-128. At 43mm, the chronometer-certified watch is rather hefty, especially with the special “Marine” shape which sees a large central container taper off into the thin fluted bezel with massive lug modules.

IWC might be known for their stately Big Pilot’s watch or the classic Portugieser, but for its 150th anniversary, the Swiss firm looked to a 19th century IWC pocket watch — the first to feature a digital display of time — for inspiration. Using the famous Pallweber system, which is the first digital pocket watch movement by its eponymous Salzburg watchmaker, the 45mm red gold encased watch is a faithful recreation. Suitably, the timepiece has a vintage look and feel. The white lacquered dial is kept minimal with an aperture for digital display of the hours at 12 o’clock. Another aperture for minutes sit slightly below, and at 6 o’clock, a sub-dial shows the running seconds traditionally to add movement and life to the otherwise stark timepiece.

As sort of a coming-of-age gift, Audemars Piguet celebrates 25 years of its iconic oversized sports watch with edgier restyling. While the Offshore has undergone facelifts over the years, none have looked quite as aggressive as this one, which sports an open-worked facade with a completely redesigned bezel, movement and dial. The octagonal bezel is now slimmer and hollowed out around the exposed nuts, encompassing a dial that’s now a series of eight skeletonised bridges. Within, the new calibre 2947 — based on the existing calibre 2033 — comes with double barrels that provide seven days of power reserve.

Walter Lange is undoubtedly one of the watchmaking industry’s finest — he’s spearheaded the development of 60 different manufacture movements and secured patents since he re-established A. Lange & Söhne in 1990 following the reunification of Germany. He may have passed away in January earlier this year, but his legacy lives on in most fitting way possible: limited edition watches. They incorporate a twin seconds hands feature— once a 19th century Lange pocket watch feature — in which one of which is a deadbeat seconds that can be stopped and started via a pusher. The complication might a first for a Lange wristwatch, but the dial is kept classic by referencing other 1815 models.

When they’re not busy trying to outdo themselves in the complications department, watchmakers are trying to claim title for manufacturing the slimmest timepieces. Reclaiming that glory from Bulgari yet again is Piaget’s Altiplano Ultimate Automatic, now the world’s thinnest hand-wound watch by a sliver under a full millimetre. Using the caseback to support the movement parts (and therefore eliminating the need for a main plate), a simplified barrel and a peripheral winding system, the watch is kept ridiculously slim. Because of this, almost everything within is visible, forming an arc around the off-centred dial.

Characterised by a panda dial with a creamy off-white dial and contrasting black sub-registers, the Manufacture Chronograph looks set to be another classic in Montblanc’s growing arsenal. These sub-dials take on a more traditional layout at three, six, and nine o’clock as opposed to the Chronograph Automatic’s six, nine, and 12 position, while the date window has also shifted from three o’clock to 4.30. Within, the new in-house Montblanc calibre MB25.10 is an automatic chronograph movement that has a 46-hour power reserve.

Recalling the indelible design cues that characterised the ‘60s, the Extremely Lady features the same classic oval case (immortalised by Jacqueline Kennedy) and minimalist dial, only now with a sparkling gold bezel that’s embellished with 24 brilliant-cut diamonds. The mother-of-pearl dial is elegantly devoid of other ornamentation besides matching gold hands and a Piaget logo. The only other feature that could steal the spotlight would be the hand-engraved 18-karat bracelet with its “fur” decor, made possible only by a skilled artisan in Piaget’s workshop.