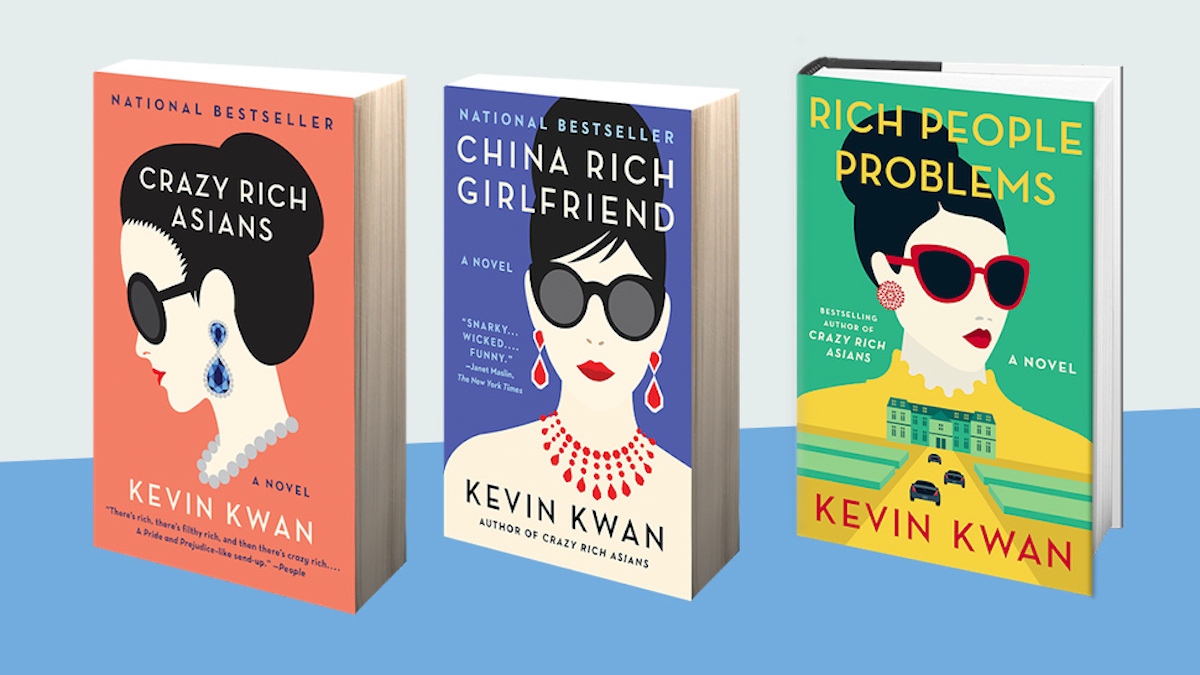 Evil Chinese government official. Supportive sidekick. Secret kung fu master. Four-eyed computer geek. Short, annoying loser. That about sums up Asian representation on the big screen for the last three decades. However, the upcoming Warner Bros production of Crazy Rich Asians — based on the best-selling books by novelist Kevin Kwan — is about to change all of that.

Starring Constance Wu of EastSiders and Fresh Off the Boat fame, the film is the first major Hollywood studio movie with an all-Asian cast in 26 years, and the first Hollywood romantic comedy to ever feature an Asian hero or heroine in a lead role. Joy Luck Club (1993) and Flower Drum Song (1961) are the only works that come close to Kwan’s creation, but neither are based in the Far East — making Crazy Rich Asians, in some ways, the first of its kind.

Three months before Crazy Rich Asians is set to release in US theatres, we took an opportunity to sit down with New York-based Singaporean novelist Kevin Kwan, named as one of the “Five Writers to Watch” on The Hollywood Reporter‘s list of Hollywood’s Most Powerful Authors.

You just published three best-selling novels in five years and now you’re about to release a movie. Where do you get all your energy from?

I think I’ve sort of pushed through, I’ve been so tired for so long that it doesn’t even really matter anymore [laughs]. I’ve been touring for those three books around the world ever since 2013, and then I was collaborating with the filmmakers on the movie and then I also created a TV show, so it’s been a really intensely busy time but I couldn’t be happier.

When did you find out that Warner Brothers was signing this movie, and how did you feel when it happened?

I was involved in the deal from the very beginning, so I think it was sometime in 2016 when we finalised the deal with Warner Brothers. It felt pretty amazing! It’s the first major Hollywood studio movie with an all-Asian cast in 26 years and the first Hollywood romantic comedy to ever feature an Asian hero or heroine. 26 years ago it was Joy Luck Club and before that Flower Drum Song, so there have only ever been two major movies prior.

So you’re making history with this one.

You once said that you started this whole project to introduce contemporary Asian culture to an American audience. Do you feel as if you've reached your objective?

I think that if the movie gets out there and does as well as we hope, and really transforms people’s attitudes or ideas, then I’ll think that we’ve succeeded. There was a huge hole before. In the literary world, there were historical novels set in Asia and then there was a whole other genre of Asian-American experience novels about immigrants moving to America and their struggles to assimilate and all the various issues that encompassed. No one was really telling a story based in contemporary Asia — the Asia of today based among the high-net-worth set, the crazy rich.

So it's been a very skewed landscape so far.

It is, you know. You don’t really see the great things that are happening in Asia and how dynamic and sophisticated and powerful the Asian countries have become. The media bias: Western media is myopic and focused on itself. America is a big country with so many things happening in it and so the world doesn’t matter as much to the average media viewer, but that’s changing now.

As the book was published in the US and the movie released there, do you think it’s going to resound in Asia as well, with an Asian audience?

I think so, although Asians will see it in a whole different light — a different kind of victory. They’ll be seeing this dream cast of some of their favourite actors already in a movie, but in one that is quite different because it’s the story from the point of view of an Asian-American discovering Asia. And so I think it will be fun for Asians to see the way it’s showcased in the movie, it’s really gonna be visually jaw dropping — the costumes, the sets, it’s gonna be so spectacular. And to see Michelle Yeoh playing such an amazing role and to see people of her calibre in the movie, that will be fun for them.

Did you ever get flak from your family for deciding to become a novelist?

I didn’t really get flak, I think they were more surprised because I didn’t really tell anyone I was writing a book until I actually got the publishing deal. I called my family and said ‘Guess what, I have a book that’s coming out’ and I think even then it didn’t register. Because by that time I had my own creative consultancy firm and I had published other books before: nonfiction books, coffee table books, photography books… they thought this was gonna be ‘Oh, another book from Kelvin’. And it’s a bit more than just that.

How was it to break into the Caucasian-dominated world of publishing?

For me it wasn’t too difficult. I have to say I was very lucky, but it was because I had 15 years of experience in publishing. I was already consulting and working with all the top publishers. I knew what it would take to create something that would really get publishers’ notice. I knew I had to create something really distinctive that stood out from the marketplace, and I knew I had to really call in every contact I had made over the past 15 years living in New York and get them to publicise the book.

How was the whole process of transferring the story from the pages of the book to the big screen?

It was fascinating to watch! I didn’t write my own screenplay for the movie, but I worked with the screenwriters to adapt my book so it was interesting to see what stories they chose to tell, which characters they chose to emphasise and which ones receded. Movie making is such a fascinating world and, of course, our director John Chiu brought his own vision to what he felt was important about the movie. He is such a genius, I think people are going to be really impressed by what he did to my story and how he transformed it into what I feel is going to be a masterpiece.

Is it going to be a film trilogy with sequels for parts 2 and 3 as with the book?

We would love for that to happen. Everyone wants to see the second book on the big screen, Warner Brothers is so gung ho about making a trilogy of movies, but it really depends on how the first movie does and whether all the people that we think will come see it will actually come see it.

Who do you think represents the biggest market for the movie, and why?

It’s definitely the US. That’s my biggest fan base. Not a lot of people realise that 80% of my readers in the US are Caucasian-Americans. It’s not just a book that appeals to Asian-Americans; in fact, they’re a minority audience for my books. When I do book readings in San Diego, Houston or LA it’s a sea of white faces [laughs] and a few Asian-Americans here and there.

I think the readers in the US…these are the readers that love to read about exotic worlds and they love new things. They want to be surprised; they don’t want to read the same old story set in the same place. A lot of people in the US are sick and tired of seeing the same type of movies, the same superhero movies, the same tired rom-coms. They really want the variety of different-coloured faces on the screen for the first time.

Are you satisfied with how it’s turning out?

I am overjoyed. From what I saw during the filming, some of the stuff that John has shown me, it really exceeded all my expectations. I was there for some of the filming, so I got to watch the actors do what they do best and meet the whole team that created the amazing sets and the costume designer that procured the unbelievable gowns and clothing for everyone, so it was surreal to see my vision come to life on real people. It was a very special experience.

Most memorable moments of filming?

To me, it was really meeting the cast and seeing how the cast became this gigantic family. Two months after filming has ended, they’re all very close still, and if there are two or three actors in the same city they’re always meeting up. So it’s really a lovefest because I think they all realise they’re part of something special and they all want to support each other. It’s so hard to see that in the acting world. I think most actors are super competitive, but to see this cast that feels like a family was amazing to witness. They welcomed me into their family.

You mentioned once that you were skewering a set of people in a way when writing the personas. Was anyone that you personally know offended by the characters that you portrayed?

Not really, it’s a satire. I would take real people who inspired some characters, but I changed things around so much that no one’s ever recognisable. I’m not really stealing other people’s stories or revealing others’ secrets. This is meant to make people laugh and entertain more than anything. No one has gotten upset because there’s nothing to be upset about!

What does the future hold for Kevin Kwan? We heard that you had a TV series in the works?

Well I wrote the pilot and sold the concept of the TV series to a major Hollywood studio, STX, and we are now prepping it and getting it to a point where we can now start filming. I can reveal today to you that Hong Kong plays a major part of the story. This is a story that will be set partially in Hong Kong, so it’s very exciting for me to do that. I’m also developing some films now. I have my own production company so there’s a whole slate of projects I’m doing in collaboration with other really talented screenwriters and TV people.