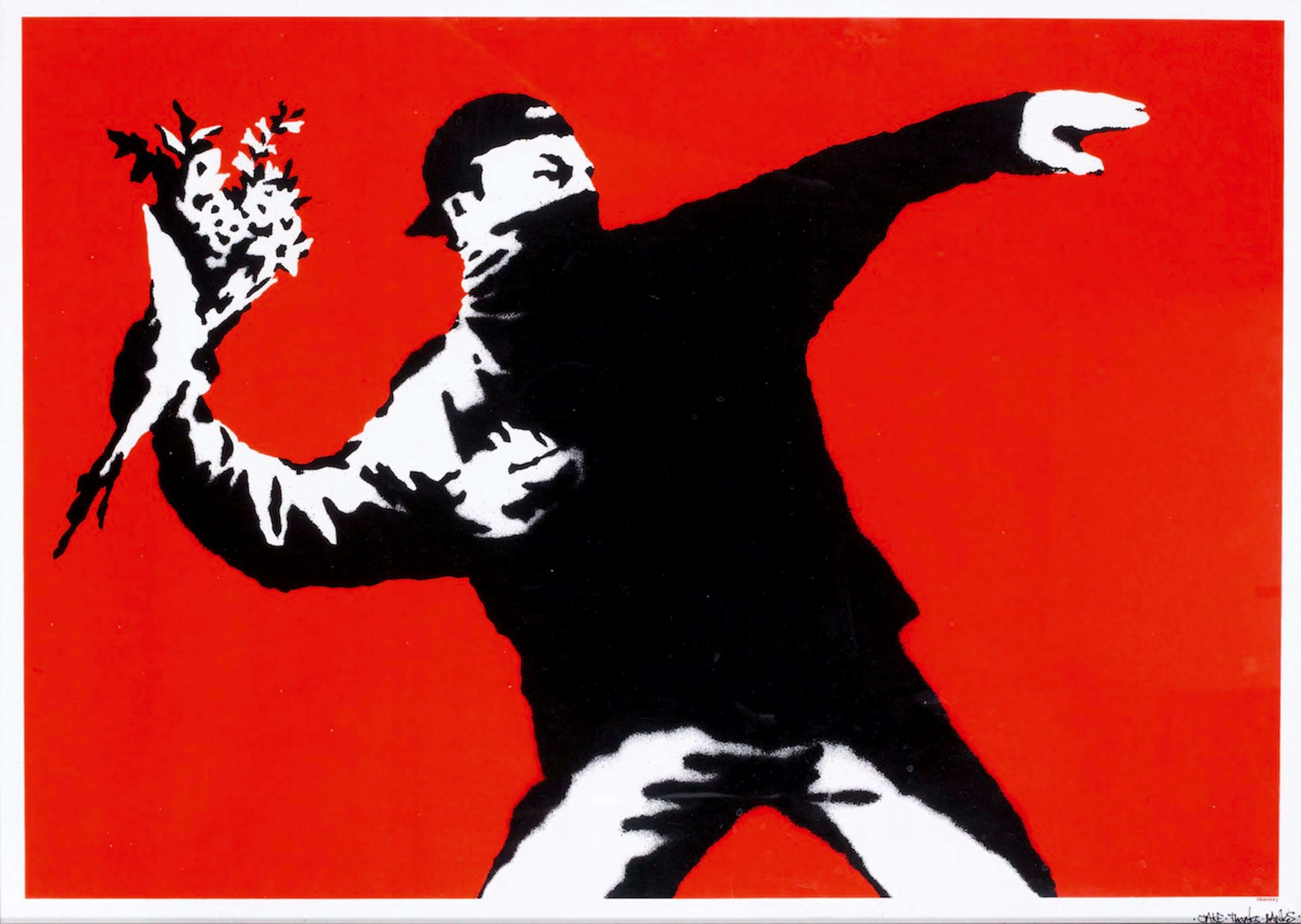 See 27 works by Banksy in Hong Kong this month

Anonymous street art legend Banksy shook the art world last month when the piece “Girl With Balloon” was auctioned off at Sotheby’s London. Promptly after the hammer fell, the piece automatically passed through a hidden device in the frame and was shredded to pieces.

The sale went ahead despite the shredded state of the piece, with the buyer commenting “When the hammer came down last week and the work was shredded, I was at first shocked, but gradually I began to realise that I would end up with my own piece of art history.” The final sale price came up to £1.04 million including Sotheby’s commission.


With this incident still the talk of the town in the contemporary art realm, this month Phillips Hong Kong is launching a timely selling exhibition entitled “Banksy: Who’s Laughing Now?”. The 27 works being brought to Hong Kong range from iconic works by the street artist to previously unseen pieces, including prints and one-of-a-kind works, starting from a relatively accessible price point of HK$200,000 to over HK$30 million. Reportedly, 17 pieces are fresh to the market, and have never before appeared at auction.


Some of Banksy’s best known pieces such as the previously vandalised and sold “Girl With Balloon” will make an appearance, with the headline piece being his 2002 six-metre wide “Laugh Now,” a slightly sinister stencil work featuring 10 monkeys displaying their sandwich-board messages, reading “Laugh now, but one day we’ll be in charge,” alluding to a dystopian future.

Banksy is also no stranger to large scale spectacle in the name of social critique, creating an alternative theme park and pop-up art exhibition “Dismaland” in 2015, which also involved the work of 58 artists including Damien Hirst and Jenny Holzer. The mysterious artist also built “The Walled Off Hotel” in 2017, located in Israeli military-controlled Bethlehem, just five metres away from the West Bank separation wall. The 10-room, functioning hotel touts “the worst view in the world,” and is filled with art pieces critiquing the Israeli-Palestinian conflict.

Banksy’s highly recognisable and simple yet easily emotionally affective works are packed with dark humour and satire in his critique on war, capitalism and hypocrisy, making him perhaps the most highly regarded street artist today. With the recent Sotheby’s drama as well as Banksy’s history of pranking art establishments, not to mention his reputation built from anti-establishment art, should Hong Kong expect to see another destroyed piece in the wake of this selling exhibition? We’ll just have to wait and see.