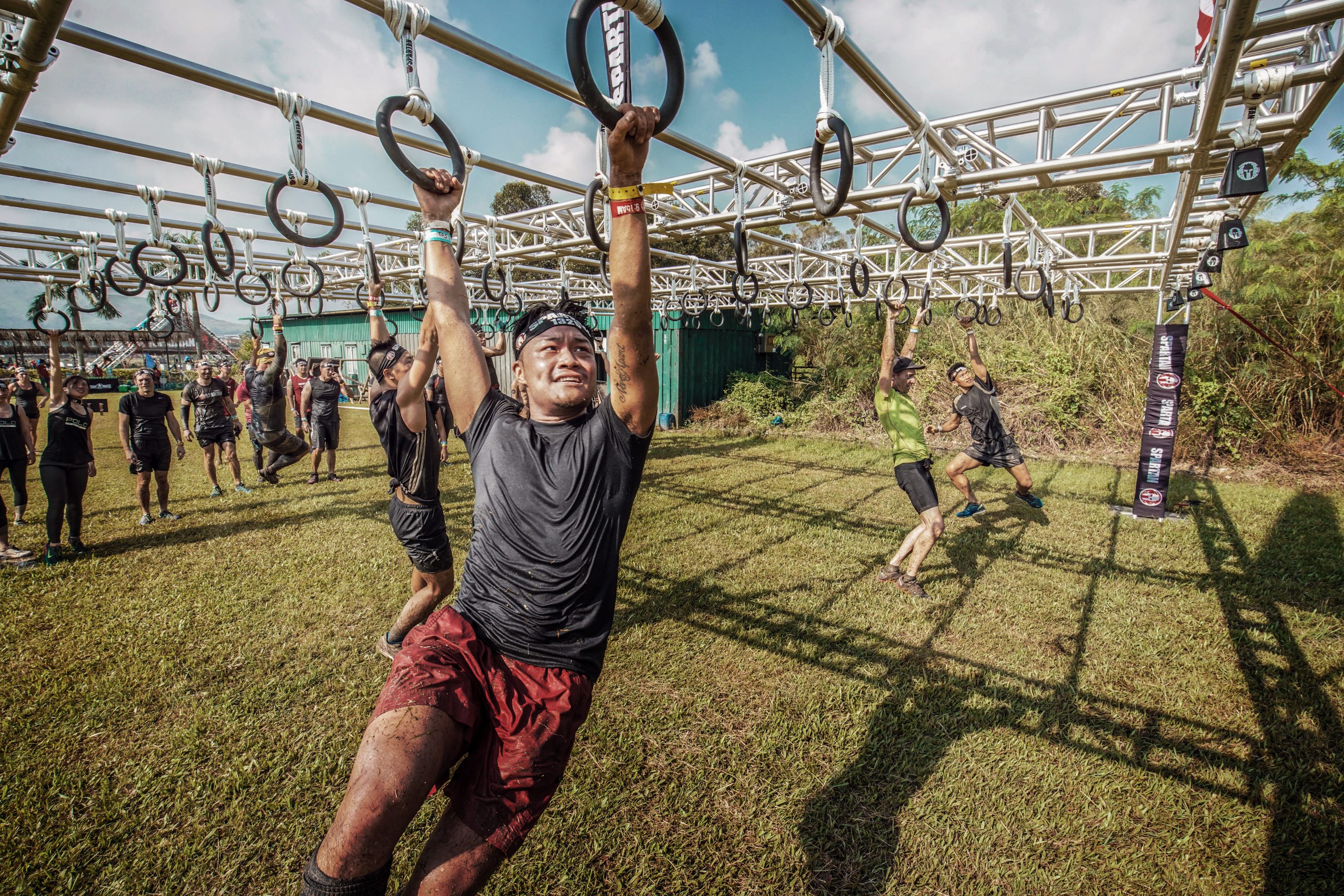 Culture
What to do in Hong Kong: 1–15 April 2018
Share this article
Next article

Still reeling from the revelry of art week? Let’s hope you had a restful Easter, because Hong Kong’s greatest party weekend is just around the corner, with the arrival of a 25-metre-high inflatable rugby ball currently floating in Victoria Harbour marking the beginning of the long-awaited Sevens weekend. Rugby enthusiasts from all over look forward to this high-octane weekend all year, but if the sport isn’t your cup of tea, there’s a whole slew of once-a-year events that demand attention this fortnight, from the ruthless physical test that is Spartan Race, to Hong Kong’s biggest whisky festival, to a pop-up teaser in light of Shake Shack’s long-awaited opening.

For the true steadfast rugby fans, it’s the most thrilling weekend of the year. The action all begins on Thursday morning with the World Rugby Women’s Sevens Series Qualifiers, with the official Kick Off Concert that evening featuring English reggae-pop band UB40 at the Queen Elizabeth Stadium. Over the four days of rousing rugby and raucous atmosphere, the tournament rounds off on Sunday evening with the final cup presentation. If you couldn’t make the ticket ballot or snag a covetable box seat, second hand tickets are still available at Viagogo. If not, perhaps you’d like to catch some heated sport ahead of the revelry at the historic Hong Kong Rugby 10s on 4–5 April… 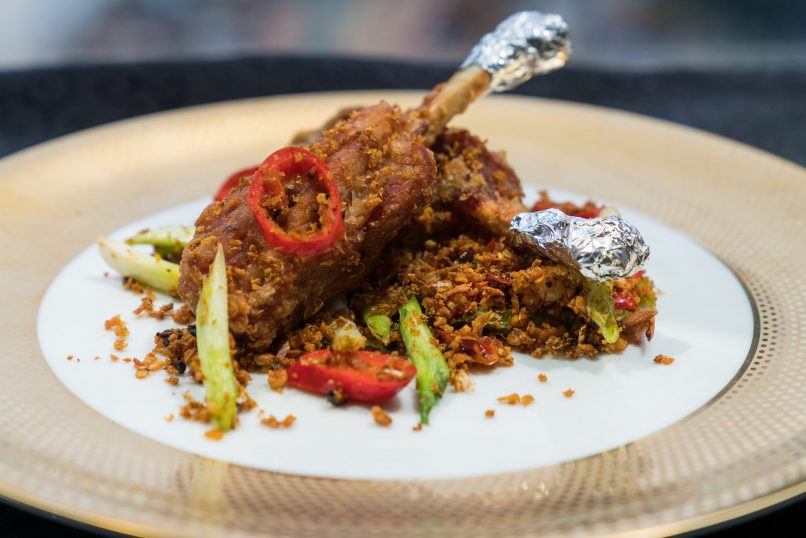 As the town gears up for the big event, Causeway Bay is in full Sevens celebratory mode, with its official sponsor Marriott International returning for the third year to host the festivities. There’ll be roaming street performers, live music and live streaming rugby alongside delectable eats by award-winning chefs from Marriott properties. Feast on salt-baked chicken and house-blended tea panna cotta from the Renaissance Hong Kong Harbour View Hotel; reinvented Cantonese classics such as black pepper wagyu beef and prawn skewers at Hong Kong Skycity Marriott Hotel; and typhoon shelter pork and mouth-watering fried chicken from the Courtyard by Marriott Shatin. Marriott Rewards and Starwood Preferred Guest members alike will also be able to access the Marriott Executive Suite at the Sevens by redeeming 45,000 Rewards points or 15,000 Starpoints.

Over at Hysan Place, there’s also a spotlight on the growing world of e-Sports, where the 4th floor will be transformed into an arena decked out with state-of-the-art consoles. Games on show include NBA 2k18, FIFA18, as well as opportunities to try out virtual reality baseball and boxing, and even a DJI Drone simulator. More details here. 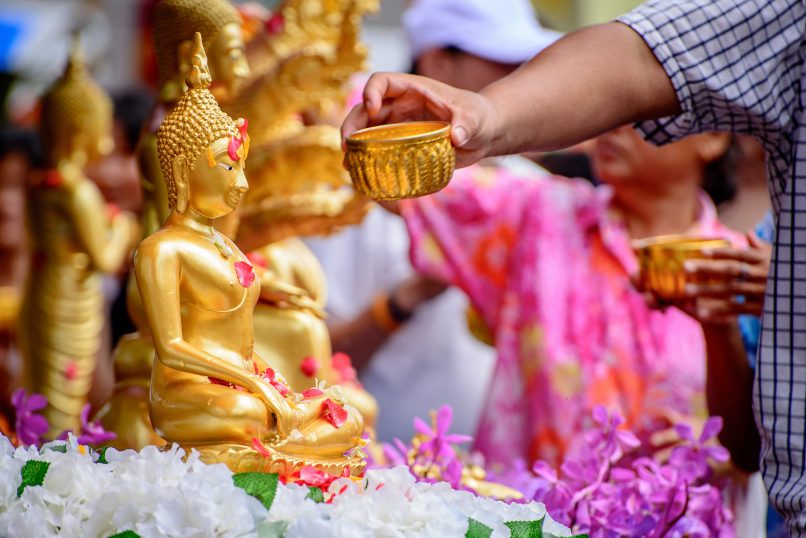 While Kowloon City (hailed by many as Hong Kong’s Little Bangkok) is normally the venue for all the wet festivities celebrating Thai New Year, this year the one-day venue expands across three days for a first-of-its-kind festival at Lai Chi Kok’s D2 Place in honour of the yearly water festival. Throughout the course of the three days you’ll be able to explore a Bangkok-style market, a fashion show, witness spiritual blessings, a Songkran parade, and of course, the traditional splash party. More details here. 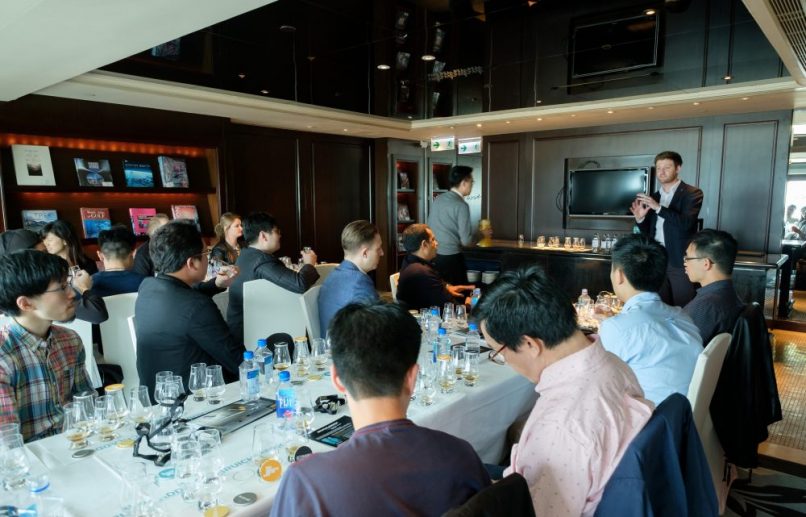 Whisky aficionados should mark their calendars for the return of Hong Kong’s largest whisky festival, a fantastic opportunity to sample over 500 different whisky expressions, not to mention meet fellow fans of a good dram and learn more about the intricacies of whisky tasting at specialist masterclasses. Held at the InterContinental Grand Stanford Hong Kong each year, Tiffany’s New York Bar serves once again as the heart of the festival, hosting live music, an extensive range of whisky by the glass, and one mean homemade whisky chocolate cake to boot. Stay tuned for updates here.

We’ve been hungry for burgers ever since Shake Shack announced that it would open in Hong Kong. That glorious opening date is finally soon upon us, but before the grand event, the New York burger purveyor is teasing us with a pop-up space at IFC’s 1/F Atrium, which will be transformed into a vibrant park a la Madison Square Garden — Shake Shack’s first-ever location in NYC. 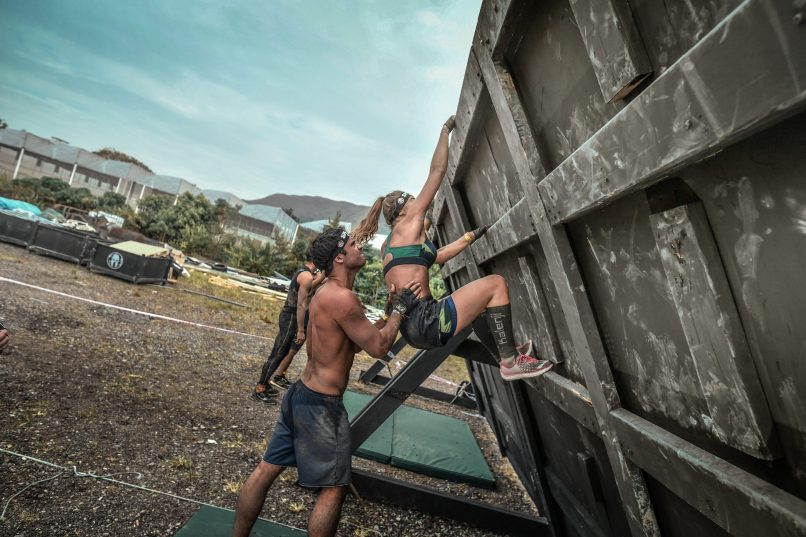 Price: From HK$860 at Spartan Race

If watching beefy rugby players tackling it out is not so much your jam, and you’d much rather be beefing it out yourself in the ultimate test of strength and endurance, you’ll want to sign up for this year’s Spartan Race, launching for the first time at its new venue at Yuen Long’s Ha Pak Nai wetlands this year. Renowned for its sunsets and wildlife, the course this year at Ha Pak Nai promises a beautiful scenic route for this year’s 6km sprint and 2km kids’ races. The race features over 20 obstacles, and if you fail at any of them, you’ll have to complete 30 burpees before continuing to the next leg. 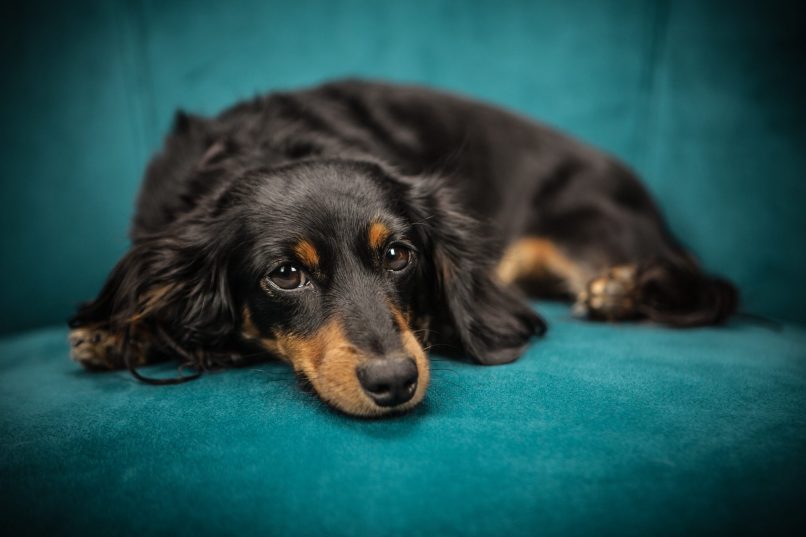 Are you a proud owner of a pug or a dachshund who can putter down the street at the speed of light? You’ll want to bring your pup to meet likeminded pals at this first-of-its-kind event. Hong Kong’s first Doggie Dash, hosted by the Hong Kong Dog Rescue, is one grand meet-up event for pups and their owners, with heats and finals pitting pugs and wiener dogs against each other for glory. A maximum of 50 pugs and 50 dachshunds can enter the event, but of course, spectators are welcome to attend for free.

See the finished works at HKWalls

Take yourself on a tour of the freshly painted murals created for this year’s HKWalls. If you missed the Art Crawl last month, you’ll want to stroll through Central, Sheung Wan and Sai Ying Pun for a peep of this year’s most diverse artist lineup yet, with dozens of works ranging from self portraits to bursts of abstract colour and quirky cultural inclusion, to gorgeous odes to Hong Kong.

Game Up: Digital Playground at K11 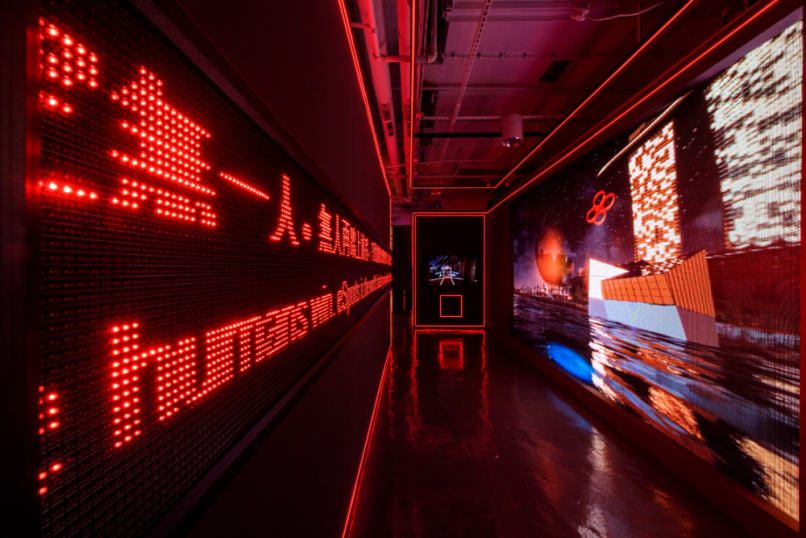 Who doesn’t love a good round of retro video games? As a continuation of K11’s “Me:Millennials” exhibition last year and in light of the growing prominence of e-Sports today, you’ll get to delve into an immersive showcase of video game consoles from the 70s to 00s, as well as explore the possibilities of AI in the future. At chi K11 Art Space, Lawrence Lek’s solo show “2065 by Lawrence Lek” also examines the place of video games in our society just a few decades into the future, particularly looking at its place in the art world. There’ll be opportunities to try your own hand at PlayStation VR gaming and the state-of-the-art PUBG eSports experience as well. 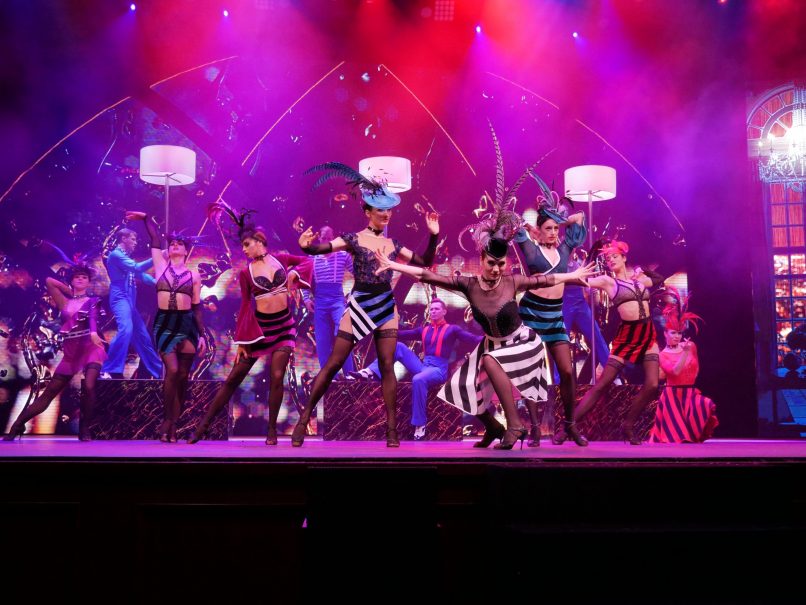 Don’t expect your run-of-the-mill Can Can at La Parisienne Cabaret, the sensational new live entertainment offering that just opened last month at The Parisian Macao. Aside from the glamour of classic dance hall performance, this brand new show features an international cast of 38 stunt performers, illusionists, world champion skaters, models and award-winning dancers, pushing the boundaries of classic cabaret with anything from burlesque dancing to death-defying motorcycle stunts to even flights of basketball acrobatics. If you find yourself in our sister SAR, perhaps you’ll want to sneak in some post-dinner entertainment with this new spectacle.

Songkran Hong Kong Sevens Hong Kong Whisky Festival HKwalls things to do in hong kong Spartan Race what to do in hong kong shake shack Marriott International
Evelyn Lok
Associate Editor
When not trying out the latest beauty and wellness trends, Evelyn is likely enjoying a perfectly balanced negroni or exploring some of Hong Kong's best new places to eat and drink. At Lifestyle Asia she covers everything from the biggest events in town to interviews with Hong Kong specialists, with topics spanning art, food and drink, health, tech, and travel.
Beauty Wellness Culture Events Art Drinks Tech

Australia bushfire crisis: Here’s how to help from Hong Kong