Culture
What to do in Hong Kong: 15–31 December
Share this article
Next article

Buckle up, because the last fortnight of 2017 is here. End the year with a bang at these extraordinary events, from legendary parties to elegant dinners, performing philanthropy to enjoying some classic Christmas cheer. For the best things to do in Hong Kong during 15–31 December, look no further than our picks below. 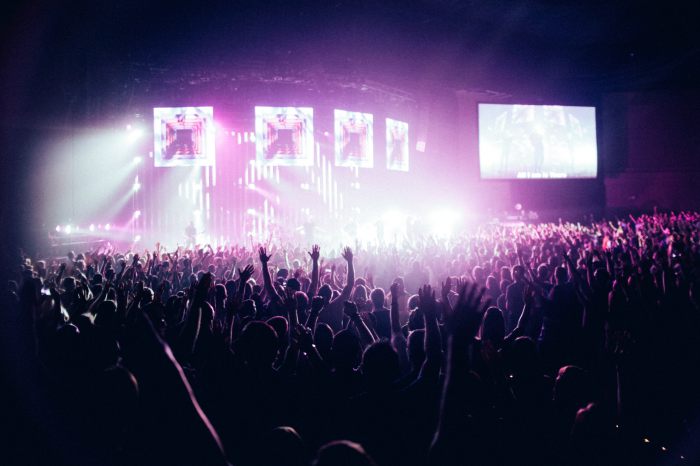 Above & Beyond. Flume. Kaskade. Galantis. Tiesto. If these names have your heart racing, chances are you already have tickets to the biggest EDM festival Hong Kong sees this year. UK’s largest electronic music festival brand makes its AsiaWorld-Expo debut this December, bringing a truly eclectic range of DJs and producers to the stage. That means you’ll have your moment on the dance floor no matter if you’re into house, techno, trance or party bangers. 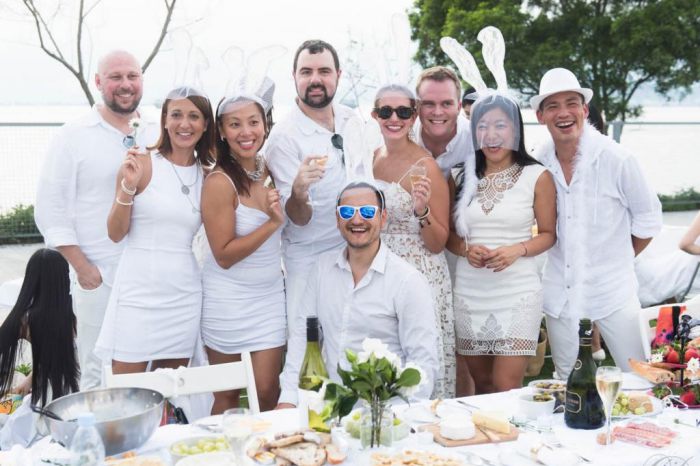 Price: HK$381 per person, not including meal, from Dîner en Blanc

It’s the time of year once again where chic attendees show up inexplicably at a secret venue that’s only revealed at the last minute, to dine among friends and strangers under the stars. Dressed head-to-toe in elegant white, the Dîner is in many ways the fanciest flash mob there ever was. Originated 30 years ago in Paris, dinner locations have featured iconic backdrops such as the Eiffel Tower and the Château de Versailles. Good news for Hong Kong attendees this year — the organisers are providing tables and chairs so all you have to do is order your wine and food, bring your white tablecloths, decorations and chair covers, and show up. Entry is invitation-only, but registration is open for those who want to be on the waitlist. If all else fails — better luck next year. 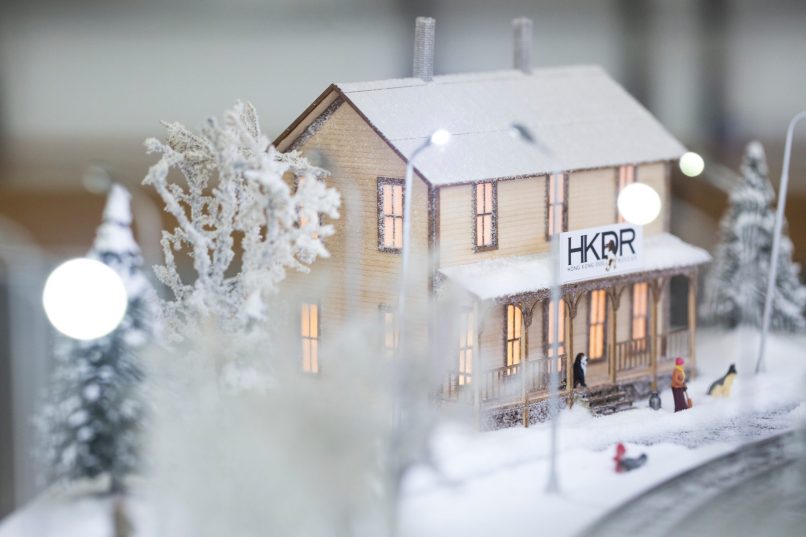 Christmas is always a time for charity and generosity. While pet-adoption rates tend to spike around this time of holiday merriment, there are many animals still waiting for their forever home — and Scandinavian lifestyle emporium Squarestreet has teamed up with animal charity Hong Kong Dog Rescue to make sure no dog is left behind this Christmas. The Squarestreet team has painstakingly built a miniature train track and festive winter village, Dogtown, displayed at the flagship store, to which you can buy different characters for just HK$50 each (or more, if you wish). Help populate the village and all proceeds go towards supporting HKDR in spreading the word about pups in need and helping them find their new parents. Donation boxes are also available at the store itself, and the entire diorama will be available for purchase at the end of January for charity.

There are few things as magical and lovely than enjoying Tchaikovsky’s iconic ballet at Christmastime. This year, the Hong Kong Ballet continues the popular Nutcracker tradition and puts on the stunning show under the helm of artistic director Septime Webre, choreographed by Terence Kohler and with live accompaniment performed by the Hong Kong Sinfonietta. VIP and HK$680 ticket holders will be able to enjoy a champagne appreciation session hosted by Perrior-Joüet Champagne. 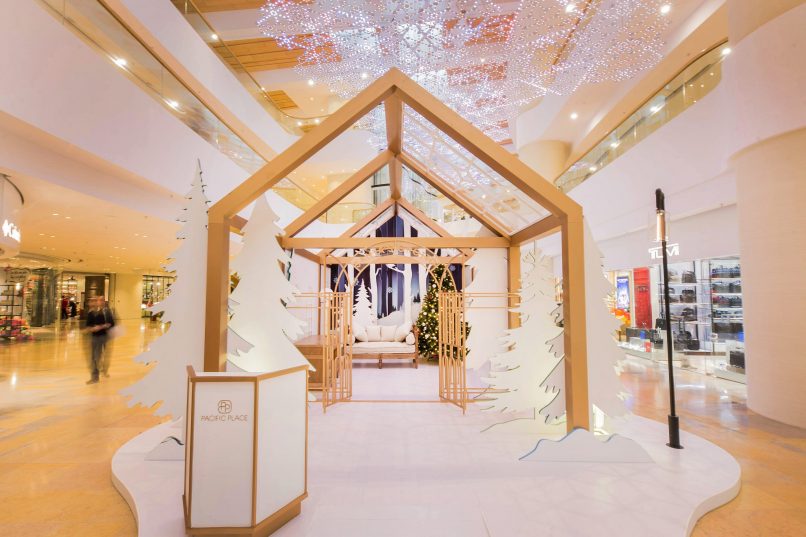 In the midst of your Christmas shopping rush, Pacific Place’s Christmas celebrations are sure to soothe your stress. While holiday decorations are getting bigger and better every year, PP has outdone itself by offering a range of festive performances at its central stage. It’s not your average Christmas caroling: Performances feature the likes of the Hong Kong Philharmonic, the Hong Kong Ballet, the City Chamber Orchestra of Hong Kong as well as soloists and romantic serenaders. While you’re at it, take advantage of the theatre candy bar for artisanal candy floss and popcorn, pick up a few last-minute ornaments and stocking stuffers at the kikki.K pop-up, and enjoy the festive spirit.*

*(There are an assortment of workshops for you to DIY personalised gifts by WeMakeGift, kikki.K and La Maison du Chocolat, but sadly all spaces have already been filled.) 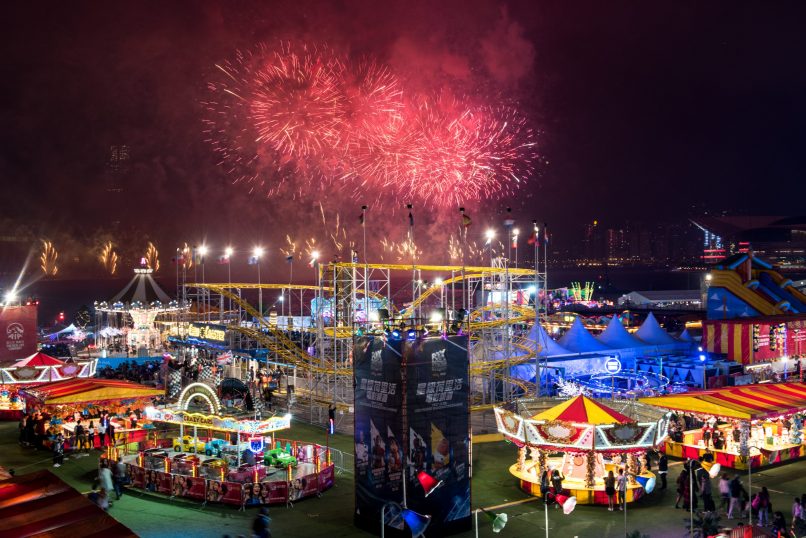 Central-side’s best roving carnival is back for the festive season, running from a week before Christmas through to just after Chinese New Year (perfect to fill all those days of family time, in our opinion). The Central Harbourfront will once again play host to some of Hong Kong’s favourite high-octane thrill rides (including new ones added this year), joyful carnival games, fairground snacks and yes, even slew of circus performances, featuring 25 acts from all around the world from England to Mexico to Kenya. To top everything off, Billboard Radio is also hosting a concert series (14-20 January) at the space, featuring a stellar lineup of international acts including Rita Ora, Far East Movement, Khalil Fong, Supper Moment and more.

The World of Tintin

Fans of the vivid comic strips and gripping adventures — and of course the lovable character Tintin himself — created by Belgian legend, Hergé, will be able to catch works of the icon at the newly revamped ArtisTree. Created in 1929, the Tintin legacy has become a cornerstone of modern comic and art world of the 20th century, selling more than 230 million copies in over 100 languages worldwide. This exhibition co-presented by the Hong Kong Contemporary Art Foundation and the Hergé Museum is the first in Hong Kong to showcase such an extensive collection celebrating the work, as well as how the page-turning stories gave a unique lens into the socio-political issues of its time. You’ll also be able to shop memorabilia and art prints at three limited-time pop-up shops in Central (1 Lyndhurst Terrace, Central, Hong Kong), Taikoo (4/F, Cityplaza, Taikoo Shing, Taikoo, Hong Kong), and ArtisTree. 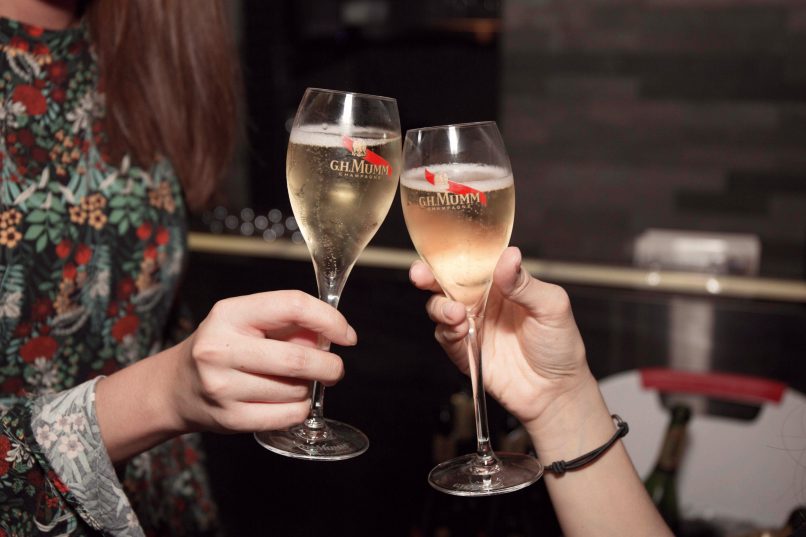 Who doesn’t love a boozy brunch? Tucked in a cosy and charming terrace at The Pottinger Hotel is The Envoy, where you’ll find distinguished British eats with stylish throwbacks to colonial influences. Held on the third Saturday every month, Lala Brunch pairs the restaurant with whimsical Hong Kong home décor brand Lala Curio to create the ultimate party inspired by birds of paradise and Chinoiserie. Expect a Champagne-soaked brunch with free-flow Mumm Champagne; a three-course brunch menu featuring treats such as truffle fettuccine with 63-degree egg and panna cotta with pandan caviar, and gorgeous handcrafted cocktails. At 3pm, the After-Brunch begins, featuring DJ sets, live music, and wild performances. 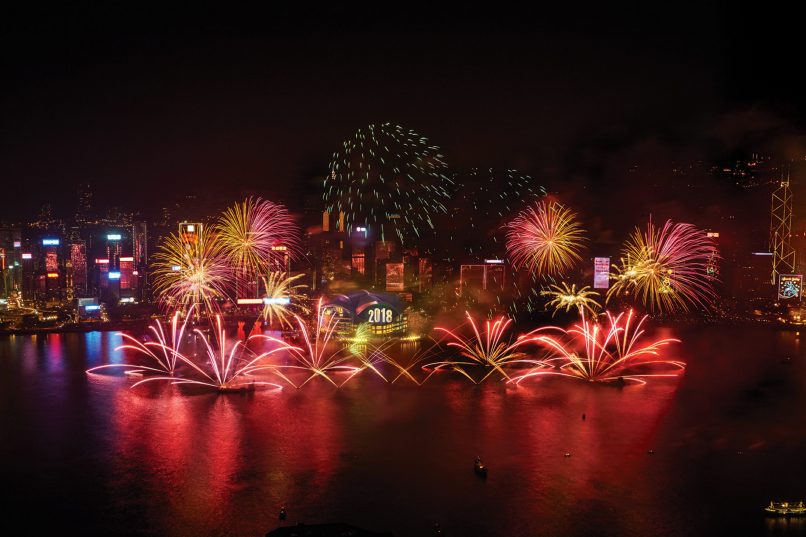 Haven’t yet made plans for New Year’s Eve? The fireworks display at Victoria Harbour is one of the most hotly anticipated ones all year, and we trust you have your favourite harbourside location to view it. This year, the countdown to 2018 will be followed by a 10-minute musical fireworks display, with dazzling and innovative patterns featuring hearts and stardust, all made by an award-winning European maker. Pyrotechnic shooting stars will also spout from our skyline’s most prominent landmarks every 15 minutes from 11pm onwards, so don’t forget to catch it and make a wish. 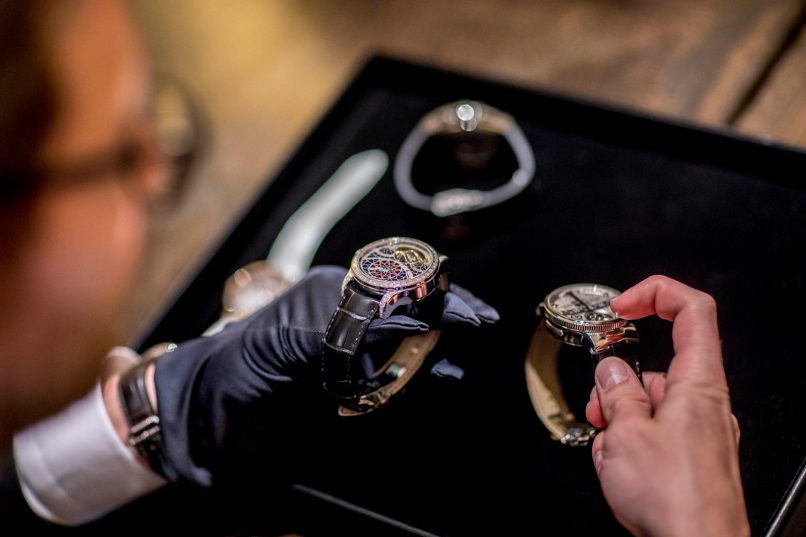 Watch lovers will sense already that it’s time once again for the world’s largest curated retail event for timepieces and jewellery — the Masters of Time Exhibition held at T Galleria by DFS, Macau. Hosted in partnership with Shoppes at Four Seasons, the exhibition will bring more than 450 watches and breathtaking jewellery pieces, all themed around the idea of memories. Exploring how watch collectors commemorate life’s most precious moments and significant events, it’s a rare chance to see (and have the opportunity to own) some of the world’s most amazing timepieces. Highlights include the Audemars Piguet Royal Oak Tourbillon Extra-thin; the Blancpain Tribute to Fifty Fathoms MIL-SPEC, and stunning pieces from 30 brands in total.