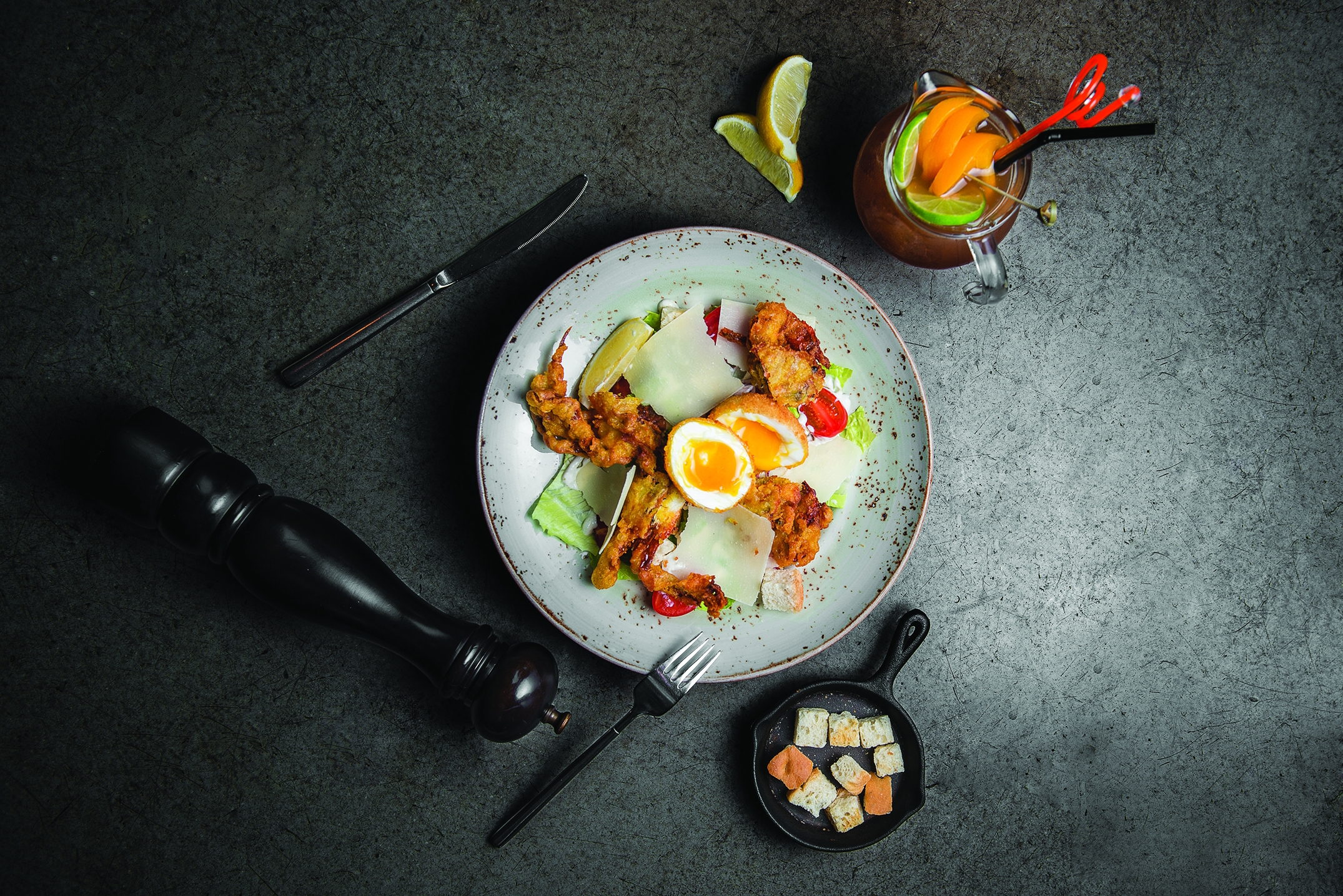 Hong Kong’s dining scene ramps up this month with a wave of fresh new openings in the much-talked-about Tai Kwun complex — including the Asian debut from one of the world’s most acclaimed Peruvian chefs — along with a Middle Eastern eatery, fresh seafood and lobster rolls by the Kennedy Town waterfront, a modern Chinese and dim sum parlour, and much more. Hungry? Let’s dive right in. 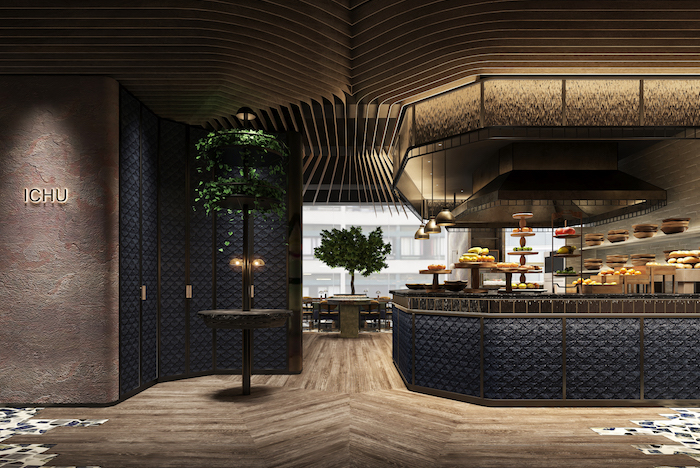 The wait is finally over, as the much-anticipated restaurant from celebrated chef Virgilio Martínez opens later this month in H Queen’s. Martínez is the fearless and boundary-breaking culinary mastermind behind Central Restaurante in Peru (No. 6 on World’s 50 Best Restaurants 2018), and is widely credited in culinary circles for shining a global spotlight on the underrated and versatile ingredients of South America — not to mention turning Lima into one of the world’s hottest culinary destinations.

His Hong Kong debut, ICHU Peru — named after a rare plant found in the Peruvian Andes — will be helmed by Korean-born head chef Sang Jeong, who has relocated to Hong Kong together with two other members from Martínez’s Central team. Like its predecessor, the bistro-style restaurant will focus an acute lens on the vast biodiversity of the Peruvian Andes region and its wondrous ingredients, albeit in a much more casual setting — shifting the spotlight from fine dining to casual, convivial-style sharing plates. It’s all about showcasing local ingredients and cooking techniques here, aiming to get Hong Kong diners out of their comfort zones. Stay tuned as we bring you our first impressions of ICHU Peru. 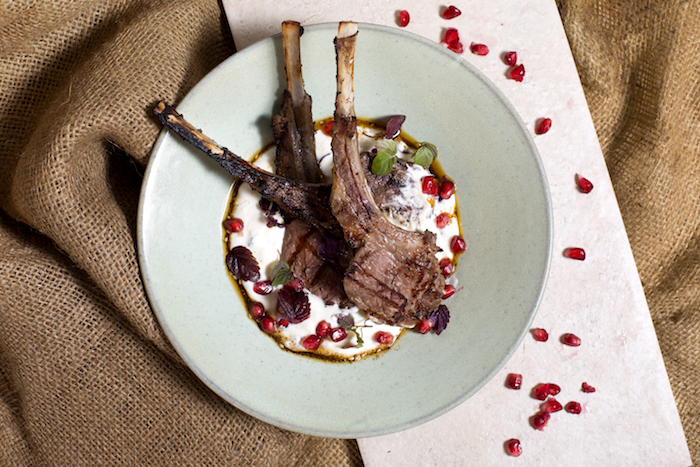 Middle Eastern cuisine continues its hot streak in Hong Kong with Bedu,  which takes its name from the nomadic wanderings of Bedouin tribes across North Africa and the Middle East. The latest opening from the team behind Brazilian-Japanese restaurant Uma Nota, the restaurant will offer a menu rooted in Middle Eastern street food culture, with head chef Corey Riches curating the sharing-style dishes to be paired alongside craft cocktails in the semi-open kitchen.

Come here with a group to dine family-style on beetroot and mint labneh accompanied by freshly baked flatbread, sweet spiced tuna with honey harissa and preserved lime salad, meaty mains grilled over charcoal such as rack of lamb with garlic labneh and za’atar, twice-cooked duck clay pot, and charred broccoli with chilli and zhoug — all made with a liberal use of exotic ingredients and spice blends. Wash it all down with fresh and fruity cocktails grounded in ingredients such as beetroot and green apple, or the intriguing selection of natural wines. 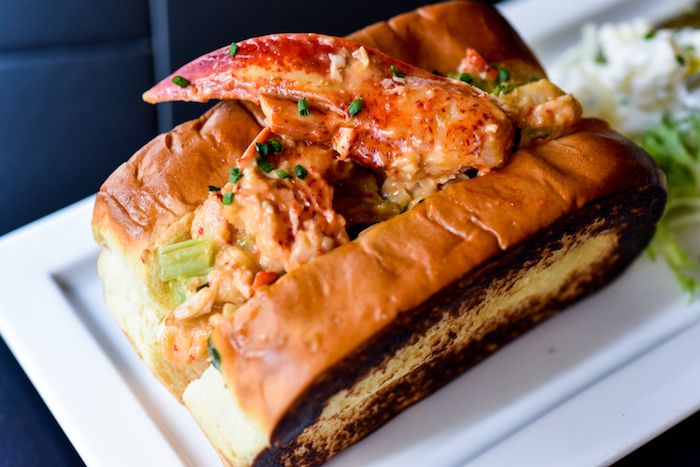 Fans of Giando and Giá Trattoria Italiana will be glad to hear that chef Gianni Caprioli is bringing his rustic Italian cooking to Kennedy Town, opening another branch of seafood palace Fishsteria. A seamless fit for this waterfront destination, the promenade-facing restaurant promises breezy, open-air vibes matched with a mouthwatering menu of whole-roasted fish, seafood platters, creamy burrata salads, pastas and more.

Featured items include a succulent lobster roll, stuffed with chunks of the sweet crustacean; tuna poke foccacia combining fresh tuna with creamy burrata, tomatoes and pesto; and the salmon charcoal burger, a twist on a fish sandwich with tangy capers and onions. Savour an array of seafood sandwiches as part of the set lunch menu at the bar, or come back for dinnertime to dig into heartier fare such as whole salt-baked Orbetello fish, and the lobster macaroni — a fan favourite that’s fragrant with brandy, white wine and ripe Italian tomatoes. The family-friendly ambience is fuelled by a foosball table, not to mention a retail counter for picking up premium Italian ingredients and a casual bar featuring craft beers and wines. 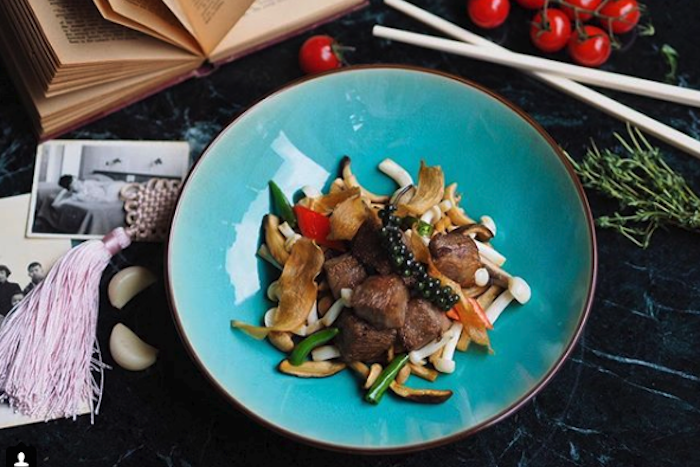 Set to be an instant Instagram hit, stylish Madame Fu is now open at Tai Kwun complex, offering an array of delicate pastries, dim sum and afternoon tea in a plush and elegant space. With each room in the 8,000-square-foot space boasting unique décor, there’s something for everyone at any time of day, with an all-day menu available from 11am–midnight daily. Gather your group of girlfriends and head for The Pearl Room for a pink-themed escape, with plush, pink-velvet banquettes surrounding circular marble tabletops; enjoy the summer breeze on the verandah surrounded by lush greenery; or head solo to The Library, where you can curl up with a book and a steaming cup of coffee. Brought to us by Kee Club’s Christian Rhomberg, expect Madame Fu to ooze with style and exclusivity at every turn (even the veranda lamps have been draped with colourful Hermès silk scarves), with top-notch Cantonese dim sum, signature Chinese dishes, and Western desserts to match. 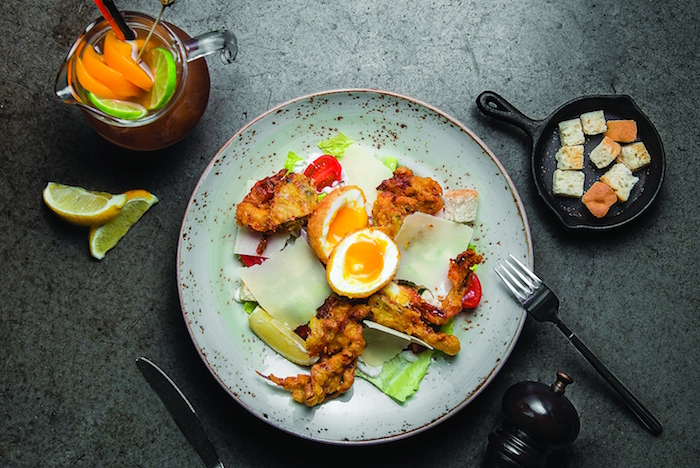 Known for its eclectic, cross-continental fare, Glasshouse has just arrived at Cityplaza, offering another destination for diners seeking unique pan-Asian fare in-between bouts of shopping. Managed by Gaia Group, the HOUSE restaurants — encompassing Glasshouse, Greenhouse and Townhouse — have won us over with their out-of-the-box flavour combinations and unique East-meets-West menus, all served in airy and convivial casual-fine dining settings. If you find yourself in Cityplaza, venture to Glasshouse to savour the signature Caesar salad topped off with a runny egg and soft shell crab; the “Up To You” DIY bespoke sushi featuring salmon and tuna tartare; and the Iberico pork belly rice with crispy puffed rice served with a pour-over of roast duck soup. Don’t miss out on the Singapore noodles, a salty and smoky toss of rice noodles, chopped Serrano ham and chunks of red lobster. 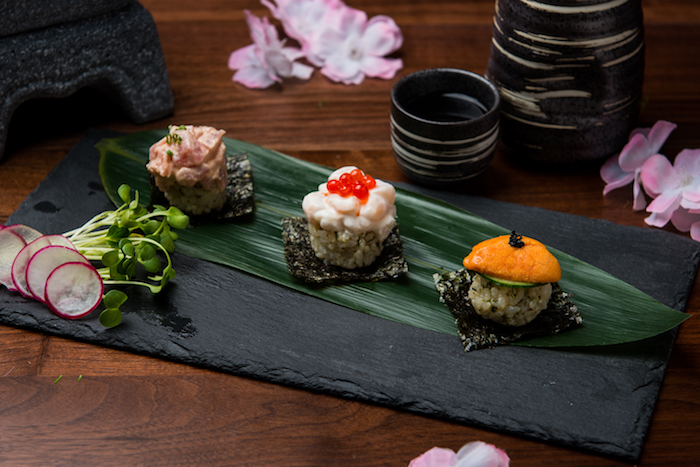 From Zerve Group comes another Japanese-style izakaya, ramping up LKF’s Japanese food offerings with a spacious 7,500-square-foot space on On Hing Terrace. Creative sushi and sake are on the bill in the main dining room here, while an alfresco area features a Bamboo Garden and Sakura Garden for enjoying shisha and house-made Japanese-inspired cocktails under the stars. Peruse the extensive menu and dig into signature dishes such as the Tenkei Gunkan made with spicy tuna, scallop and sea urchin; the Maguro Tartare with tuna and avocado in a tangy yuzu dressing; and the vegetarian-friendly Shishito Pepper with a spicy kick. At lunch, the seasonal set menu turns to hearty staples such as chicken ramen, seafood don, and a bento box with grilled chicken, quinoa and stir-fried vegetables (a two-course lunch starts at HK$148). For large parties, a private room is also available. 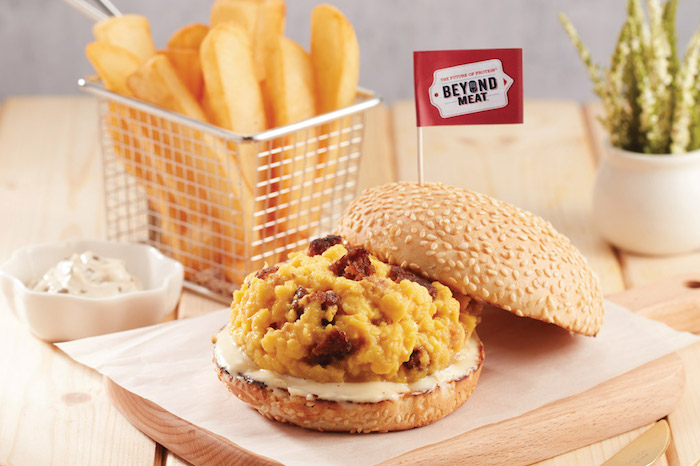 Tai Kwun may already feel inundated with fine dining establishments since its opening, but those seeking a more casual option can scout out a meal for under $70 at MaoMao Eat on the ground floor of the renovated police station complex. This brand new offering from the trusty Tsui Wah group offers quintessential Hong Kong local eats in a cosy and warm interior decked out in green: think aquamarine tiles, plenty of natural wood, and an open patio for sipping on milk tea or the “Tai Kwun Mango Smoothie” — the latter paying homage to the iconic century-old mango tree at the heart of Tai Kwun.

When hunger strikes, dig into pork with instant noodles, scrambled eggs in buttered buns, ham and macaroni soup and crispy sweet condensed milk buns. MaoMao has also adopted the popular Beyond Burger in collaboration with Green Monday, offering its own style of the plant-based alternative layered with cheese and sunny scrambled eggs. With friendly service and tables spilling out into the central courtyard, MaoMao is an easy option to refuel with light refreshments before exploring the rest of the historic compound. 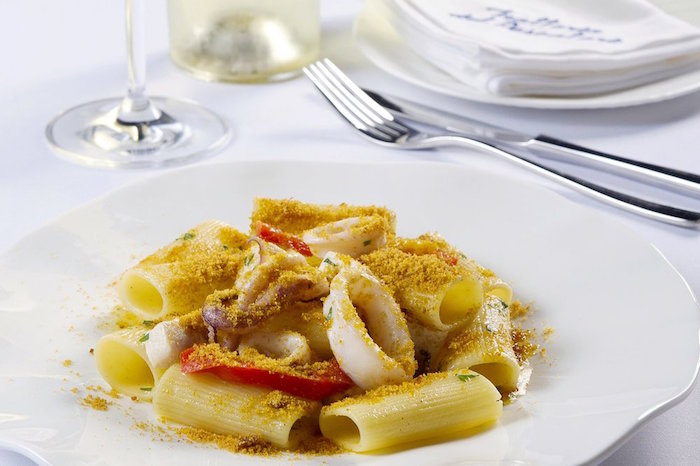 New month, new Italian restaurant: This summer, Hong Kong welcomes a 40-year-old fish shop from Milan, calling all pasta lovers to its homely digs in Sheung Wan. A staple Milanese restaurant since 1976, Trattoria del Pescatore — founded by the Ardu family — has just opened its first overseas branch on the island, offering a plethora of fresh seafood sourced from up and down the Italy coastline. The airy, light-filled restaurant promises a traditional Sardinian seafood feast, with flavour-packed dishes including spaghetti with clams and mullet roe, scallops with pistachio gratin, swordfish pasta, and the signature lobster Catalana — the dish which kickstarted it all and catapulted the restaurant to fame. Chow down on the rustic fare paired alongside an extensive wine list and a dose of family-style hospitality. 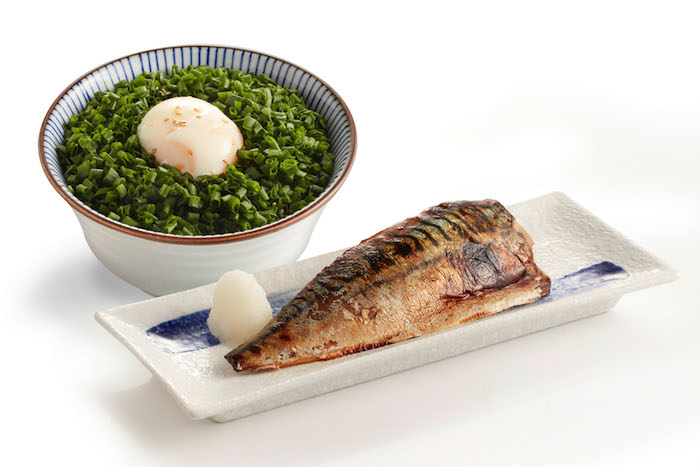 With fast-casual establishments on the rise, traditional sit-down service has gone right out the door at the recently opened Nijuuichi Don in Tseung Kwan O. At this self-service eatery, you can expect gourmet fare delivered in a fast-food manner, from hearty rice bowls to Wagyu beef sets and marinated mackerel. Those who need a heavy dose of carbs with their meal will want to go straight for the onsen tamago rice bowl, topped with a flurry of green onion and a wobbly slow-boiled onsen egg. Meanwhile, heartier appetites should dig into the yakiniku rice bowl — a generous serving of tender Japanese beef smothered in an earthy and rich curry sauce. We’re also eyeing the tempura don which arrives with a teepee of plump, golden-fried prawns, and the thick Japanese-style burger steak, served with oozy egg on a bed of fluffy rice. 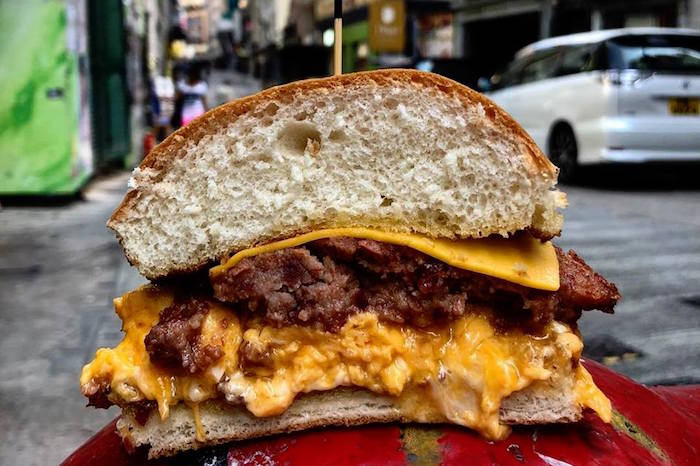 In need of a cha chaan teng fix? Cafe Seasons is a brand new CCT that just popped up on Wellington Street, touting the unique credentials of a head chef who studied at Le Cordon Bleu and worked at the Michelin-starred The Greenhouse in London before returning to Hong Kong. Deciding to forego fine dining and open a casual Hong Kong-style eatery with friends instead, you can expect dishes here to deliver a cut above your corner CCT while sticking true to traditional recipes and wallet-friendly prices. Don’t miss the scrambled eggs — an ultra-creamy mix made from a trio of Japanese, Hubei and American eggs — along with staples such as tomato soup, macaroni with pork chop, and the sensational scrambled eggs and corned beef sandwich available only for breakfast and afternoon tea.

New Restaurants New Eats Dining Restaurants Hong Kong Dining Best Restaurants Virgilio Martinez Where to eat Central Restaurante best eats Restaurant Openings Openings 10 new openings ichu peru Tai Kwun 10 new restaurants bedu
Leslie Yeh
Editor in Chief
Having worked as a lifestyle editor for almost 10 years, Leslie is thrilled to be writing about the topic she loves most: wining and dining. When she's not out pounding the pavement for the latest new restaurant opening or tracking food trends, Leslie can be found at home whipping up a plate of rigatoni vodka and binge-watching Netflix with a glass of Sauvignon Blanc in hand.
Dining Restaurants Food Trends Drinks Travel

Food & Drink
Handpicked: Jay Khan tackles hoisin sauce with Mexican flair
Style
Our definitive guide to the best local tailors in Hong Kong
Food & Drink
Hong Kong’s best bars for mocktails (and what you should drink there)
Travel
Soak in the spectacular setting at these luxury hotels in the Himalayas
Food & Drink
Restaurant Review: Will Amelia at Ocean Terminal sink or swim?
Living
Q&A: Luuna founder Olivia Cotes-James on why sustainable, healthy menstrual care matters
Style
Hugo Boss pays tribute to David Bowie in latest collection
Beauty & Grooming
9 limited edition beauty products you can only get ahead of Chinese New Year
Style
Matte no more: Bulgari drops new satin-polished Octo Finissimo models
Sign up for our newsletters to have the latest stories delivered straight to your inbox every week.