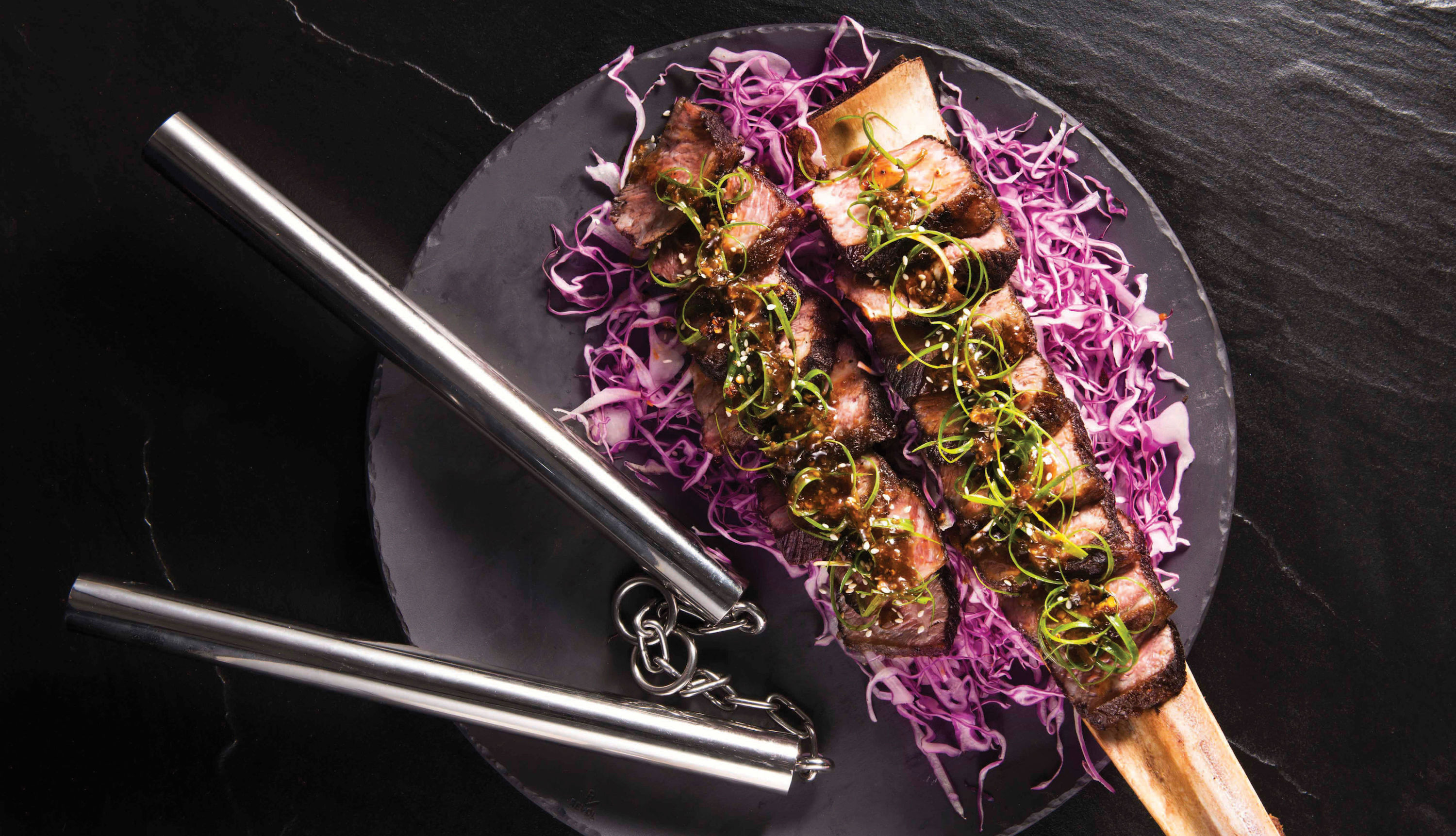 The temperature has finally dipped in Hong Kong, which means it’s time to dig out those sweaters, leggings and sweatpants from their winter storage boxes. With the cold settling in and the festive season upon us, there’s no shame in fully indulging yourself in good food and drink — you can worry about hitting the gym in the new year. Thankfully, our local dining scene has produced no shortage of newcomers for you to check out this month. Here are 10 new Hong Kong restaurants to try as we close out 2016.

With dreams of a Michelin star from the get-go, Singaporean chef Edward Voon is determined to make a splash in Hong Kong with the launch of his modern European restaurant Le Pan this month in Kowloon Bay. Outfitted in gold accents, the elegantly styled space will be a temple to avant-garde cuisine, with beautifully presented plates reflecting an expensive taste in decor. Expect a bit of flair and theatrics, with plenty of liquid nitrogen desserts and other science-like experiments coming out of the innovative kitchen.

After expanding Le Bistro Winebeast to a larger space on Thomson Street, the original café on Mcgregor Street has rebranded to A.O.C., with a new chef onboard and an overhauled menu. With a background spanning several Michelin-starred restaurants in Europe, chef Stéphane Guillas will serve his version of French street food, with sections including “Small Bites & Nibbles”, “From the Sea”, “Butcher’s Corner” and “Cheese & Sweets”. Outstanding and affordable wines will remain a cornerstone of the cosy venue, with glasses starting at HK$38, in addition to a brand new beer and cocktail menu.

Offering contemporary bites by popular London-based Spanish joint Barrafina, Cassio is riding the tapas wave here with a chic LKF space encompassing a restaurant, lounge and terrace. The recently opened venue will provide an interactive experience featuring multiple music genres from hip-hop to Latin jazz to salsa, while serving up tapas and handcrafted cocktails. Signature Barrafina bites include the Iberico Sobrassada cured spicy sausage served in a warm tortilla, the Gambas al Ajillo with Tasmanian prawns in a sizzling sauce, and the succulent Iberico pork ribs.

Further proof that Kowloon’s slowly reclaiming its status as a dining destination, two-Michelin-starred chef Tsang Chiu King — who has previously held esteemed positions such as heading up Langham Group’s Ming Court — is set to open his first solo venture, Dynasty Garden in Kowloon Bay. After setting a new standard for Chinese fine dining in Hong Kong, chef Tsang has garnered more than enough recognition and praise to draw curious patrons to his new digs in Kowloon Bay. We can only imagine the reward will be more than worth the trek. 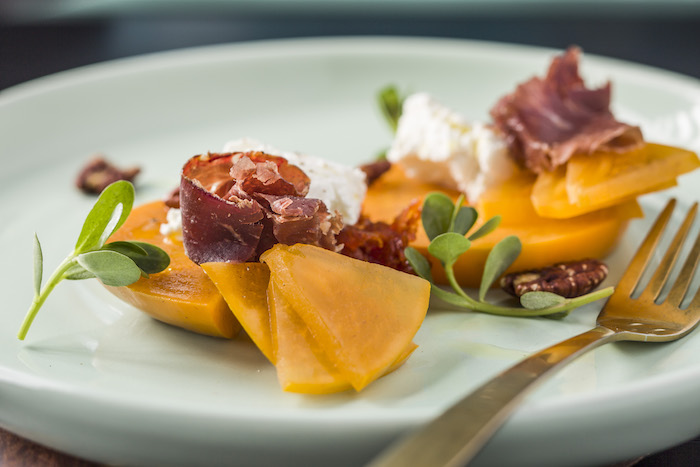 The latest to pop up in SoHo, the owners behind Madam Sixty Ate and Madam S’ate have introduced 12,000 FRANCS, a modern, ingredient-driven restaurant promoting European cuisine with a twist. An abstract menu features such sections as “Picked + Potted”, “Smoke + Salted”, and “Vacuum + Fire”, while the name — in case anyone’s wondering — takes after the 1795 Imperial cash prize offered by Napoleon Bonaparte for anyone who could invent a method of food preservation for his armies. Perhaps this means lots of pickling and storage jars? The restaurant has been open for just a few weeks, so we’ll be interested to see how it fares with Hong Kong’s food-obsessed crowds.

We announced the soft opening of Dragon Noodles Academy here, and the trendy Chinese restaurant is now in full swing with its army of Kung Fu noodle masters  and handmade lion heads adorning the walls. Designed to evoke a 1970s Kung Fu academy, DNA pays homage to the past while stepping one foot into the future, with updated classics including turnip cake with lobster dim sum, lobster puff pastries and the signature fresh and springy Lan Zhou hand-pulled noodles made fresh to order every day.

Surf ‘n’ turf may have been done to death in Hong Kong, but that hasn’t stopped many newcomers from jumping on the bandwagon. Hungry Lobster is the latest to get in on the action — a lobster and premium beef restaurant located in the buzzing V Point building in Causeway Bay. The menu doesn’t require much explanation, but we’re already getting excited by the look of the signature lobster roll, with its buttery grilled buns and overflowing filling of fresh lobster meat in a lemon butter dressing. If meat is more down your alley, go for the US black angus ribeye steak, or opt for the half-and-half combo for two featuring a half lobster, 8oz ribeye/sirloin/short ribs, fries and a salad (HK$338).

Newly opened in Causeway Bay’s Midtown building, Gaia Group has expanded Greyhound Café to include Greyhound Thai-pas Bar, a casual Thai street food-inspired concept which will open late for cocktails and bar bites. Mimicking the bright lights and vibrant streets of Pattaya, Thai-pas Bar will boast a more eclectic, buzzy vibe than its parent café, located one floor up, while still retaining an inexpensive price point and informal dining atmosphere. A selection of “Hoptails” made from Heineken and refreshing cocktails are on offer, to pair with bar bites such as bruschetta with Thai brandy pate, chicken satay burgers and beef massaman curry.

With so many restaurants ill-fated to close within the first year, it’s heartening to see a new concept expand instead of shuttering its doors. Founded by local restaurateur Vivien Shek, The Drunken Pot won the hearts of foodies and foodstagrammers earlier this year with its wide-ranging broth-dunking options and notorious 5-in-1 ‘Drunken Pot’ complete with a flaming papaya. They’ve just expanded to a new location cross-harbour, offering the signature creative hot pots and sake bombs, as well as new Instagram fodder — adorable-shaped dim sum including The Drunken Penguin (HK$48) with lotus seed paste-filled birds; and The Drunken Mon (HK$42) featuring butterfly-shaped dumplings with a cheese, kimchi, shrimp and pork filling.

Dining Restaurants The Drunken Pot Cassio dragon noodles academy new openings A.O.C. Dynasty Garden Le Pan IQ Bar Hungry Lobster
Leslie Yeh
Editor in Chief
Having worked as a lifestyle editor for almost 10 years, Leslie is thrilled to be writing about the topic she loves most: wining and dining. When she's not out pounding the pavement for the latest new restaurant opening or tracking food trends, Leslie can be found at home whipping up a plate of rigatoni vodka and binge-watching Netflix with a glass of Sauvignon Blanc in hand.
Dining Restaurants Food Trends Drinks Travel