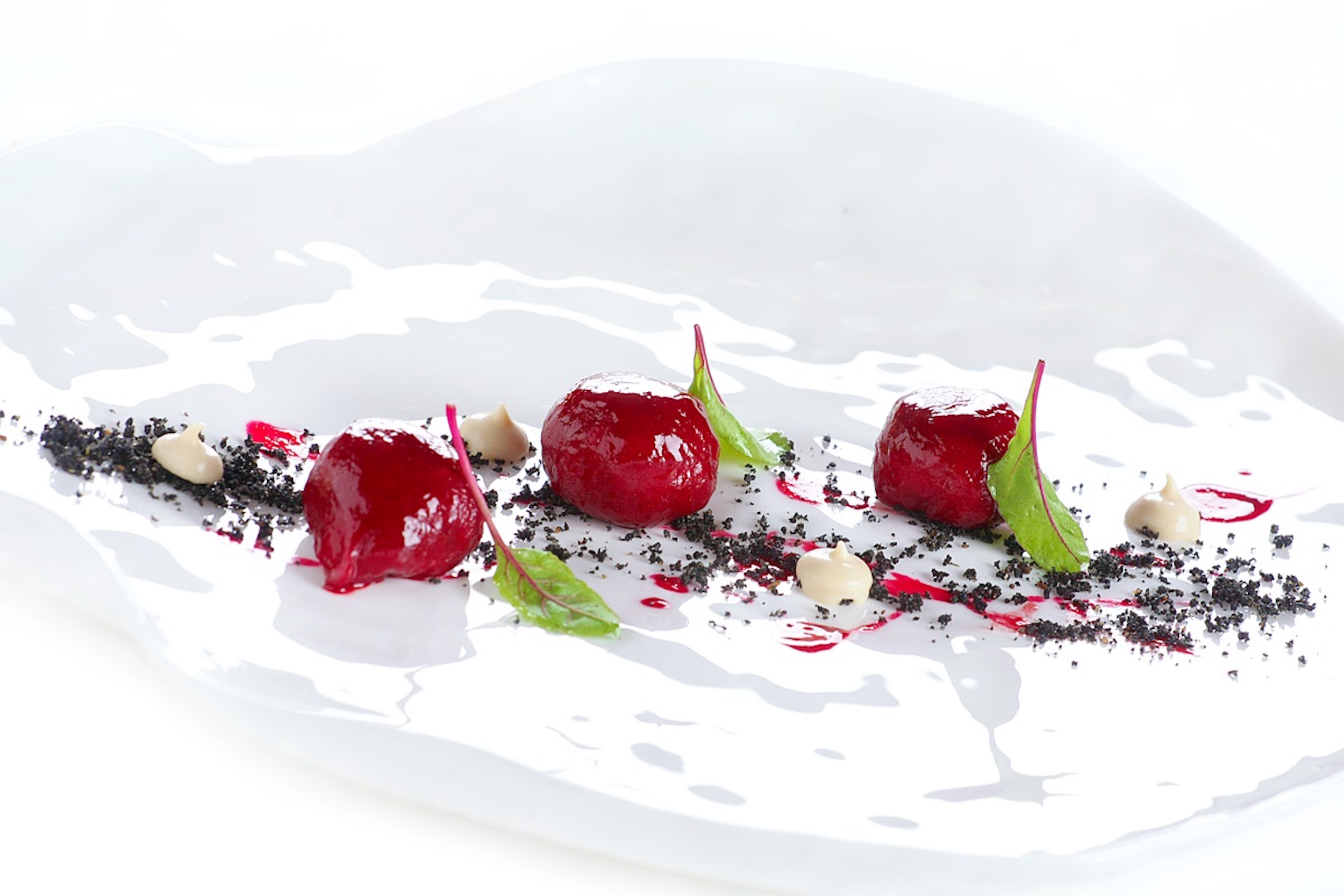 8 dining pop-ups not to miss in May

From the arrival of Nobu Matsuhisa at the InterCon, to the world’s best bar setting up shop at the Four Seasons, there’s a lot of star power hitting our town this month. To make planning your calendar easier, we’ve put together a list of the pop-up events that you shouldn’t miss out on. Grab a fellow foodie or your cocktail buddy and get ready to savour the best that these visiting guest chefs and mixologists have to offer.

Monica Berg and Marian Bek at Lobster Bar and Grill 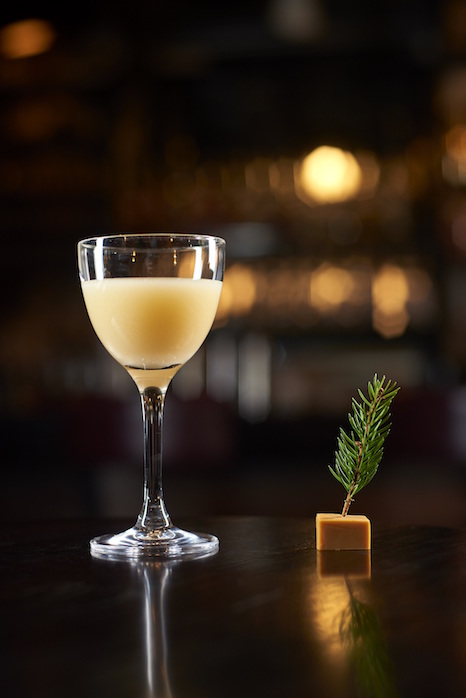 If you haven’t had a chance to stop by Lobster Bar and Grill before (serving, in our opinion, some of the most well-made drinks in town), this is the perfect month to do so, with two visiting mixology maestros stopping by to shake up their favourite drinks. Stop by today or tomorrow to catch Monica Berg, a leading mixologist from Oslo, Norway, who built her reputation working at some of Europe’s best bars before opening her own project, Himkok, currently sitting at no. 42 on the World’s 50 Best Bars 2016 list. She’ll be bringing her elegant, minimalist style, with perhaps a few Scandinavian ingredients thrown into the mix here and there.

From 11–14 May, catch bartender Marian Beke in action, whose London bar, The Gibson, holds the sixth spot on World’s 50 Best Bars 2016. Known for his acetic-leaning creations, Marian’s innovative drinks may contain a laundry list of ingredients, but the final result is a harmonious and perfectly balanced drink every time. He’ll be bringing five signature drinks to Lobster Bar and Grill — we’re excited to try the Beyond the Pines, made with spruce-infused Chivas with wasabi, elderflower juice, ginger beer, smoked juniper, hot gooseberry chutney, and sorbet. 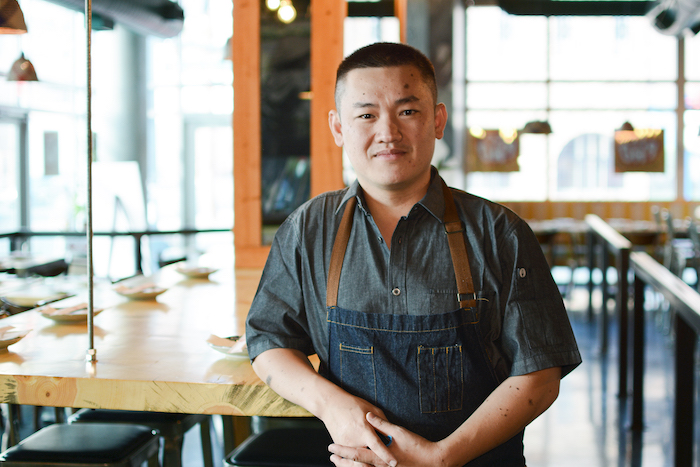 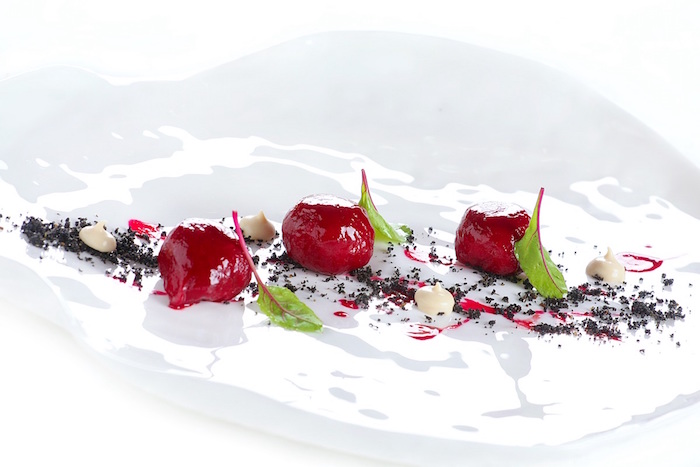 Chef Norbert Niederkofler, of two-Michelin-starred St. Hubertus in Italy, jets into Macau this month for a three-day stint at Aurora in Altira Macau. From 11–13 May, customers will get the chance to savour a 4-course lunch or 6-course dinner featuring the chef’s signature dishes, paired with fine wines handpicked by Robert Parker’s Wine Advocate.

Norbert is a strong champion of the locavore movement, using ingredients found only in the local region for the menu  at St. Hubertus, located in the Rosa Alpina Hotel at the base of the Dolomites mountain range in northeastern Italy. Guests at the pop-up can expect to be immersed in nature, with the tasting menu comprising dishes such as orzotto with goat’s milk butter and lemon verbena, beetroot gnocchi with beer soil and daikon cream, and suckling pig with “goddess of agriculture and grain crops”.

The Embassy at Quinary 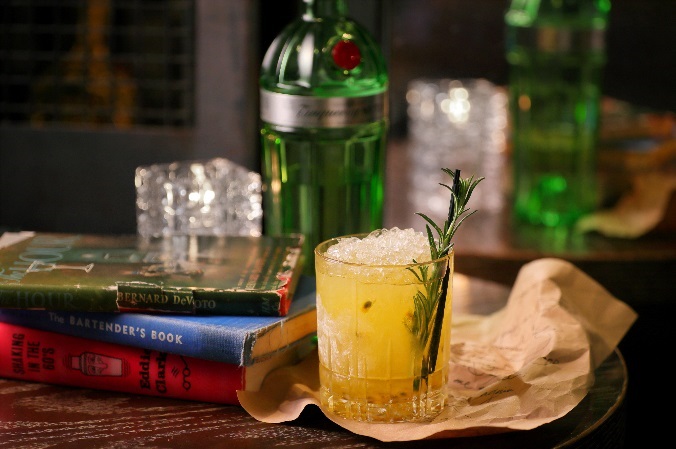 Price: À la carte for The Embassy; HK$500 per person for The Residence.

In celebration of its fifth anniversary, Quinary has partnered with World Class (the luxury collection of spirits from Diageo Reserve) to give Hong Kong a world-exclusive preview of New York City’s most hotly anticipated new bar: The Embassy. Opening later this year in Brooklyn, the bar will mount a full-scale pop-up at Quinary, even going so far as to transform the interior and exterior designs. The Embassy will be helmed by cocktail expert and legend Angus Winchester, whose three decades of experience in the drinks industry include many awards and accolades.

In both Hong Kong and New York, The Embassy will contain a second, smaller bar called The Residence. The Embassy, which welcomes walk-ins, will offer a menu of eight drinks, including Mr Hoshi’s Dry Martini from Japan; The Winchester, created by renowned New York tiki expert Brian Miller; and a “break-even” bottle of rare, limited-edition single-malt whisky which guests can purchase a dram of at at cost. The Residence, which requires reservations, offers a 75-minute degustation (HK$500 per person) of six luxurious libations, hosted by Mr. Winchester himself. Guests will also be offered a selection of food that highlights traditions from different drinking cultures. Accommodating only eight guests at a time for four sittings per night, The Residence is an extremely exclusive experience — and it’s nearly sold out, so book immediately if you want a seat. 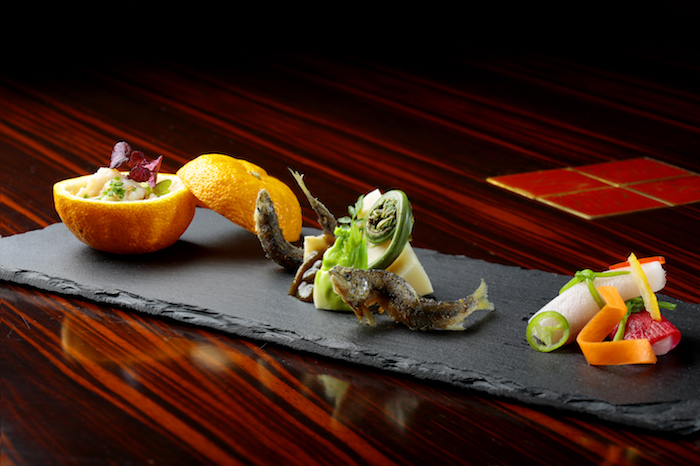 World-famous chef Nobu Matsuhisa returns to his Hong Kong flagship this month for part three of “Nobu’s Gourmet Tour 2017”, which sees executive chef Sean Mell and Nobu-san traversing Japan to seek out the best of regional cuisines around various prefectures. After introducing Okinawa and Kyushu earlier this year, this month the spotlight is on Kyoto, one of the most beautiful cities in Japan and a must-visit for foodies.

From May 17–18, guests can have a first taste of the new “Kyoto Twist” menu, with Nobu-san at the helm preparing an array of pristine, seasonal Japanese ingredients in a beautiful and elegant kaiseki meal. Dishes include matsuba crab roll with matcha, simmered abalone with mountain vegetables, fried chiayu fish with bamboo shoot and miso, and Nobu’s signature black cod. If you can’t make the gala dinner, the “Kyoto Twist” menu will be available through 25 June, before the tour heads to Kobe for some mouthwatering beef. 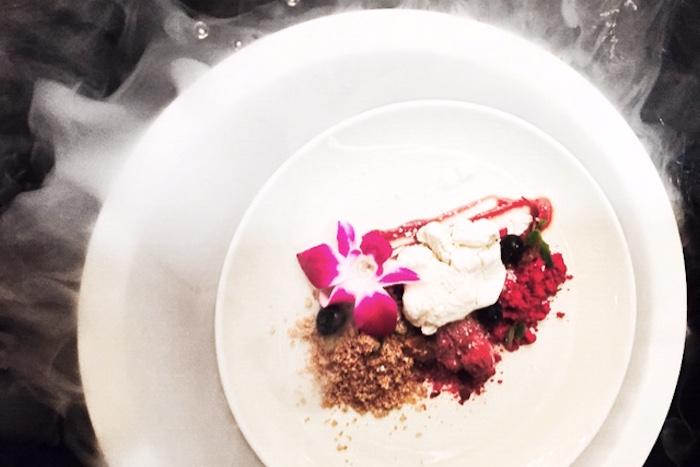 Those who mourned the closing of Viet Kitchen will be pleased to know that chef Peter Cuong Franklin is back in town, serving up his signature Vietnamese fare during a four-night stint in Test Kitchen’s experiential pop-up space. Having recently launched ANAN Saigon in Ho Chi Minh, chef Franklin will be presenting some of his signature dishes from the restaurant, showcasing the fresh and vibrant flavours of Vietnam with a modern twist.

Highlights include the foie gras imperial roll, made with pork, black truffle, herbs, and sweet-chilli lime sauce; Sài Gòn shaking beef with beef tenderloin, watercress, tomatoes, bell pepper, and shallot; and the popular bánh xèo taco, with the traditional savoury Vietnamese pancake folded up like a taco with prawns, pork, bean sprouts, and mustard greens inside. Bookended by a refreshing welcome cocktail and a coconut flan with Vietnamese coffee to end, the satisfying 7-course meal should be well worth the HK$980 price tag (wine pairing included).

The Dead Rabbit at Blue Bar 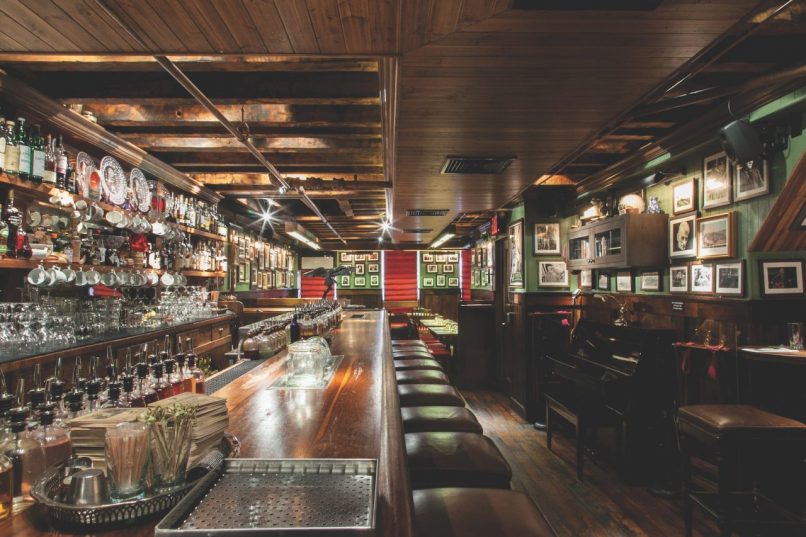 We dropped the news last month that The Dead Rabbit — currently no. 1 on World’s 50 Best Bars 2016 — is coming to Hong Kong in the form of a pop-up at Four Seasons Hotel’s Blue Bar, but if you’ve been hiding under a rock, here’s another reminder to mark down the dates from 24–26 May. For three nights only, cocktail lovers can have a taste of the drinks that have catapulted the New York City Irish pub to global fame, with bar manager and beverage director Jillian Vose herself behind the bar to shake up the signature drinks. Expect some world-class cocktails as well as a shortlist of The Dead Rabbit’s best-loved dishes, including Scotch eggs, truffle fries, short rib sliders, and Irish stew. 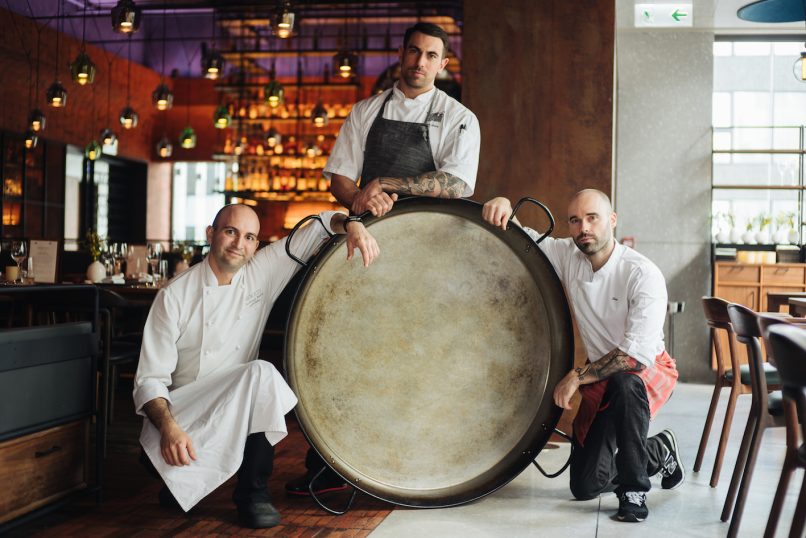 Following a very delicious kick-off collaborative brunch featuring chef Chris Grare of Lily & Bloom, La Paloma will host its second “Chef vs. Pan” brunch event on Sunday 28 May, with chef Anthony Burd of Mercato stepping up to take on the Spanish restaurant’s massive 40-inch paella pan. The set menu for brunch will feature dishes such as spicy tuna tartare with black olives, cucumbers, avocado, and mint; lightly fried calamari in spicy tomato sauce with black olives and capers; and, best of all, all-you-can-eat roasted pig from the wood-burning oven, and chef Burd’s seafood risotto, prepared in the giant pan.