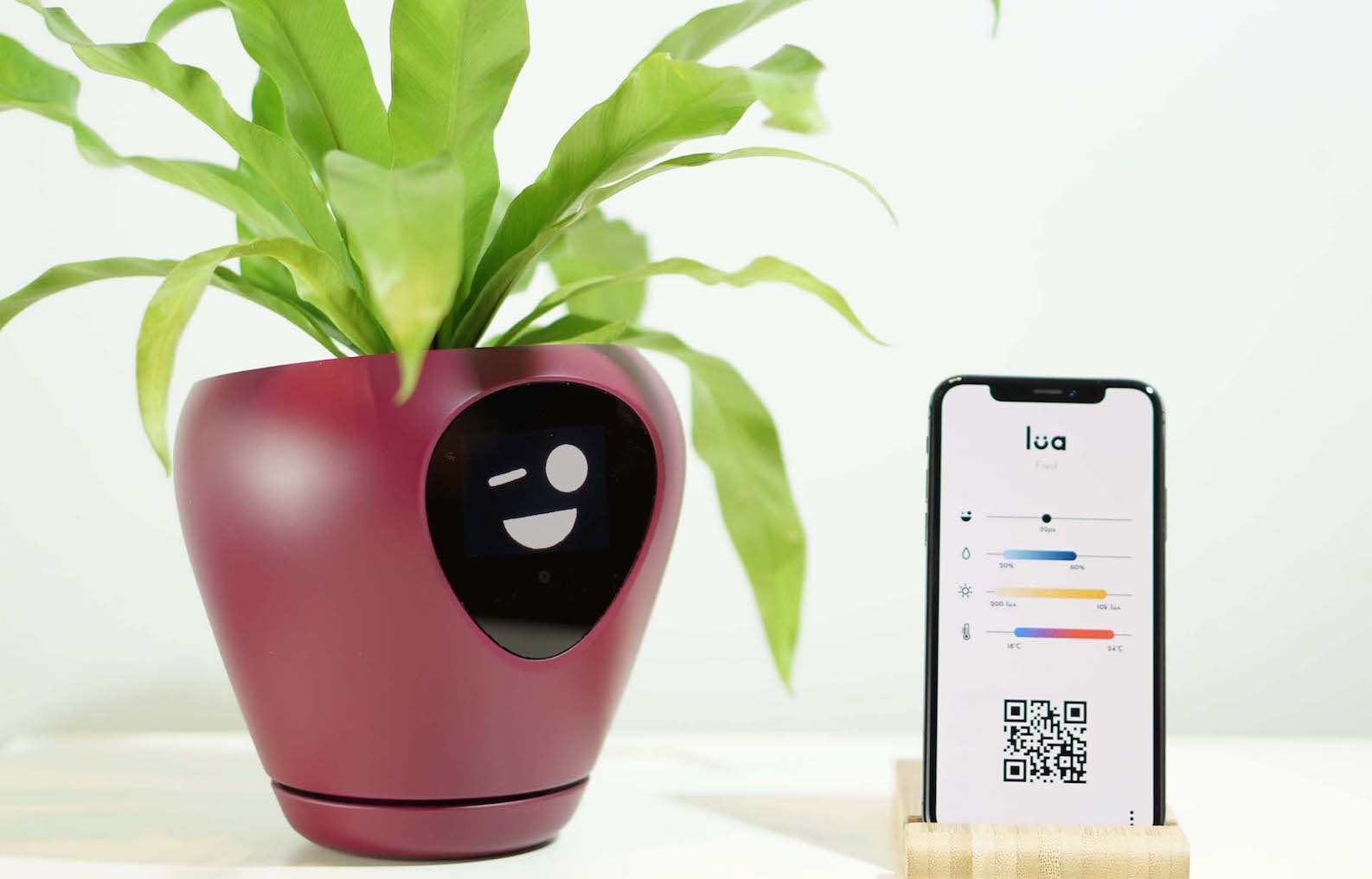 A start-up in Luxembourg has created a connected flowerpot called “Lua“, which, like the Tamagotchis of the 1990s, communicates its moods and needs.

What if plants could talk to us? This is the challenge which Luxembourg’s Mu-Design firm set itself in developing “Lua,” its connected garden planter. It’s managed by a mobile app which needs an internet connection only when being downloaded, and which can be used offline from then on. Information between the app and the planter are transmitted via QR code.

When your plant is thirsty, the pot’s screen will show a face with its tongue hanging out. When the plant has not had enough light, it’ll show a vampire’s face, etc. To get going, you download the app on your smartphone, choose the general family your plant comes from, or even its exact type. A QR code is generated. This is read by Lua via its own screen, which then applies the necessary parameters for the needs of the plant.

It looks like the flower pot of the future is set to become a reality as the crowdfunding campaign on Indiegogo has already exceeded its fundraising campaign goal equivalent to HK$264,434. The campaign will end in 12 days, while the funders will receive their “Lua” in December 2019. Grab yours here.

Food & Drink
All you need to know about Hong Kong gins
Style
These are all the fashion highlights from the Grammys 2020
Style
Trend: Capes are a new way to introduce dynamic silhouettes to your closet
Style
Jean Paul Gaultier celebrates 50 years of fabulous fashion in his final couture show
Style
Visvim SS20 is a uniquely Japanese take on easy, breezy Sunday morning dressing
Style
The Ritz-Carlton’s upcoming showcase has all the inspiration you need for the wedding of your dreams
Style
Heads up gents, OMEGA just revamped the whole Constellation men’s lineup
Culture
Australia bushfire crisis: Here’s how to help from Hong Kong
Style
All the highlights that went down at Paris Fashion Week Men’s FW20
Sign up for our newsletters to have the latest stories delivered straight to your inbox every week.