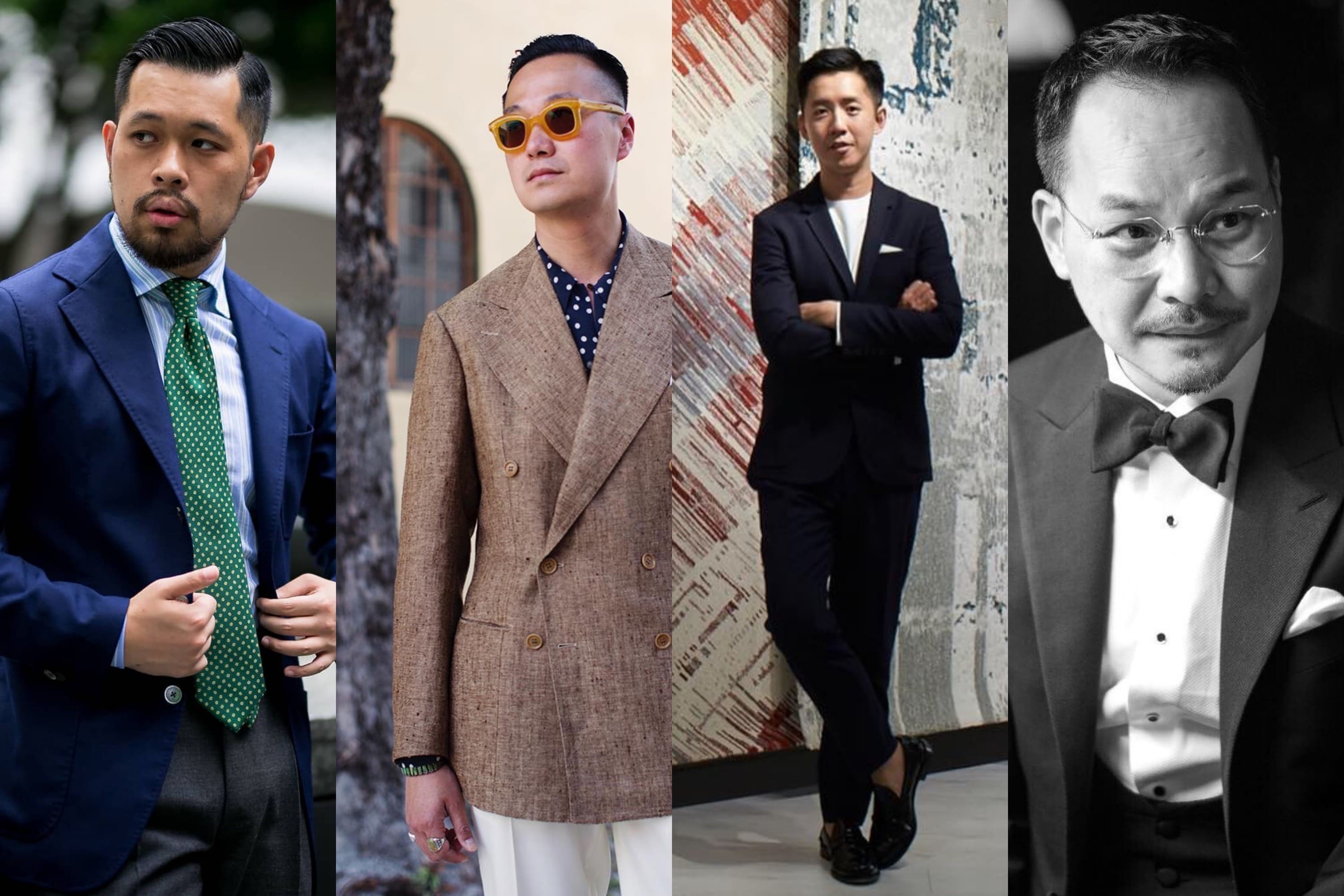 When it comes to Hong Kong — the cultural weather vane luxury brands flock to before tackling the China market — there’s no shortage of hip young fashion influencers clamouring for your digital affections. But beneath this veneer of million-dollar “activations” and interminable “grand openings”, you’ll find a different kind of influencer: (quietly) stylish Hong Kong gentlemen going about the task of ensuring the city’s independent retail scene remains elegant, relatable and (of course) very desirable.

In that vein, we’ve assembled a veritable roster of Hong Kong’s most stylish shopkeepers, tailors and designers, all of whom are worth engaging with on social media. Whether you’re cribbing from their personal style, industry insights or expertly curated taste, these 10 sartorial experts are posting content that’s bound to lift your style game.

The perennially unstuffy co-founder of “international classic” men’s clothier The Armoury is well known for cleverly incorporating texture and pattern into most of his outfits. Formerly synonymous with W.W. Chan’s (revamped) double breasted silhouette, See has gravitated in recent years towards regional Italian interpretations of that style: a fact that’s in evidence from his exhaustive documentation of tailors like Liverano and Dembech. Bonus points for the occasional (and hilarious) deep-cut posts concerning food and ’90s alt-rock singers.

If you’re tired of the narcissistic content that seems to dominate most interior design-inspired Instagram accounts, @andrefuliving is a breath of fresh air. Concerned mainly with disparate elements — lighting, symmetry, furnishings — which make up an overall spatial “style”, Fu’s account is a paean to the power of places and their ability to affect how we experience our surroundings. Though uploads of the AFSO architect himself aren’t plentiful, they’re wonderfully chic when they arise: with Fu clad in a protean mixture of stark suiting and Mao collared shirts.

Hugely knowledgable and enthusiastic when it comes to period-accurate clothing, Wong is well known to enthusiasts of classic menswear for deftly mixing tailoring, workwear and traditional Chinese garb. It’s a somewhat anachronistic look that inexplicably comes together in an interesting yet non-gimmicky way. As an associate at Attire House — one of Central’s premiere men’s lifestyle destinations — Wong puts this innate sense of style to good use, both behind and in front of the camera. Images from his account centred on smoke and lighting are particularly pleasing.

For those who idly fret about the kind of activities that 007 might document on his Instagram, Brandon Chau’s personal account is the next best thing. The Attire House co-founder’s uploads are a whirlwind of jet setting to locales like Chateau de Meursault and Lake Como, with the added benefit being a quick primer in how to dress whilst on holiday. The takeaway? Always pack a stylistically flexible pair of sunglasses and a killer dinner suit.

Chang is the third generation of his family to take up reins at the eponymous Ascot Chang — Hong Kong’s preeminent bespoke shirtmaker. A lot has changed since the company’s humble beginnings in 1953, as is evident from Chang’s personal account. The business development manager frequently documents his international travels, charting a path across all the markets that Ascot Chang serves with its superior individualised handmade shirts. As a corollary, there’s plenty of “v-zone” imagery, ensuring you never want for inspiration when it comes to pairing shirts and ties.

Cheung is the co-founder of Bryceland’s, a duo of independent men’s clothing stores present in Tokyo and Hong Kong. Despite over a decade in the medical supply industry, Cheung is hardly your typical buttoned-up executive — his style evinces a certain rebelliousness that laypeople are unlikely to associate with tailored clothing. Favouring large lapels, full silhouettes and vintage-y fabrics (the kind that wouldn’t be out of place on a production like Public Enemies), his images will radicalise even the staunchest detractors of “fusty olden time” style.

Mark Cho is the other half behind independent retail heavyweight The Armoury. Shuttling frequently between the store’s U.S. and Hong Kong outposts, Cho’s multi-faceted, highly technical interests manifest themselves in a social media feed that’s — despite his best efforts — making the uncool cool again. Yes, there’s plenty of suit porn to be found (particularly when it comes to the Florentine tailors, of whom Cho is a huge proponent) but the best content emanates from a dramatis persona called “Mike Chow”. In that guise, Cho frequently posts a variety of techie content: ranging from dissection of micro USB versus USB C devices; to miniatured reviews of uncomfortable designer earphones.

Patrick Chu is the general manager of W.W. Chan — the “Red Gang” tailor which charts its origins back to Shanghai during the Roaring Forties. Favouring a didactic approach to dressing, Chu’s outfits on social media are proof that classic clothing needn’t necessarily be boring — you can dress your age and one-up the kids while you’re at it, too. His Instagram is also an excellent platform on which to peer behind the curtain at W.W. Chan, giving viewers insight into the basting, cutting and fitting exercises that are the bread-and-butter of bespoke tailoring.

Sam Wong is the Antipodean Armourer who shows that you can instantly elevate your personal style with the combination of impressive facial hair and a cleanly set fade. Behind much of @thearmouryhk’s posts (in recent years), Wong favours a muted and rustic aesthetic which puts understatement at the heart of every outfit. Frequently clad in olives, brown and grey sharkskin, “power dressing”, as interpreted by Wong, is a sharp yet insouciant affair.

These are all the fashion highlights from the Grammys 2020