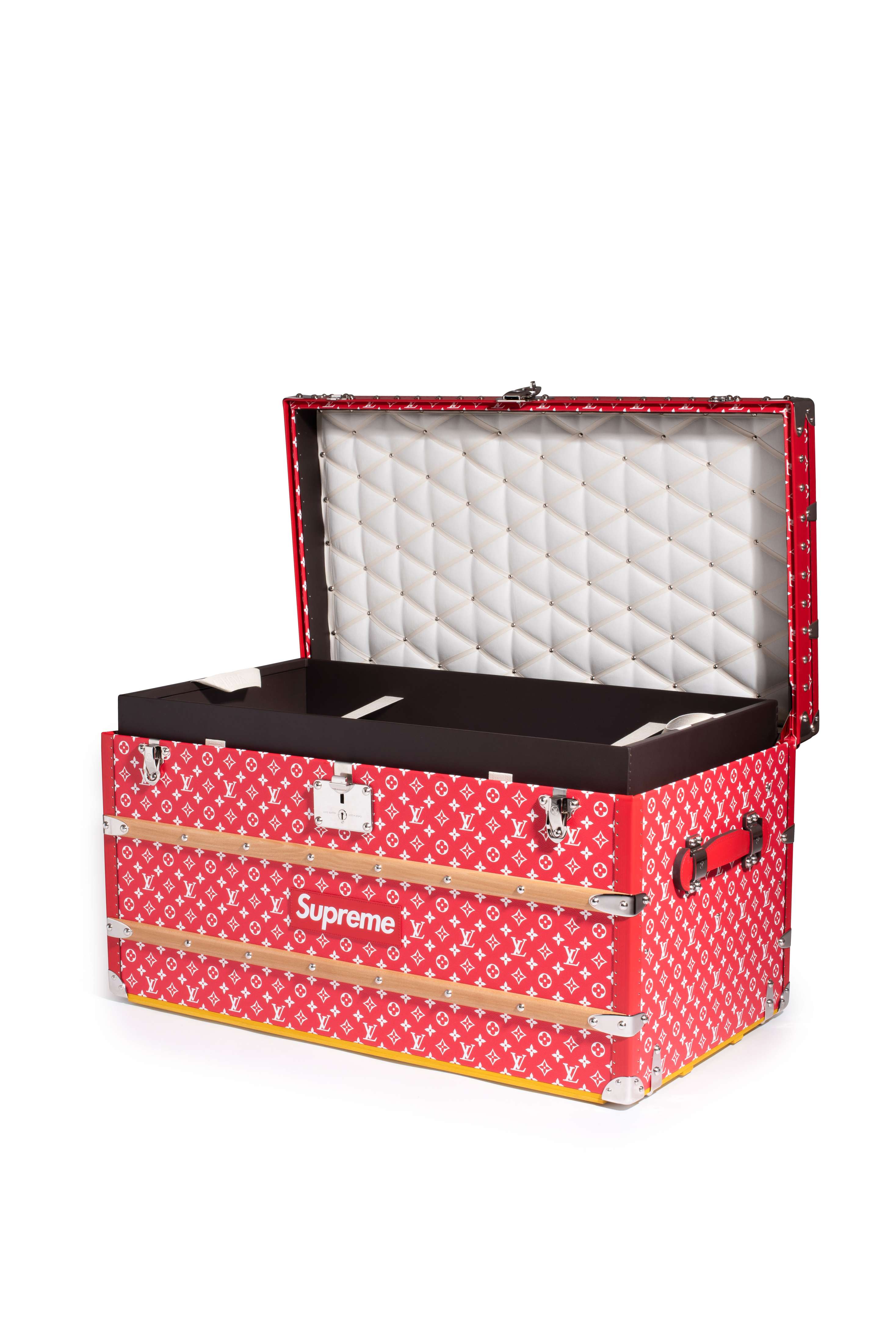 C.R.E.A.M. of the crop: Artcurial’s inaugural Supreme auction rakes in US$1 million

Style
C.R.E.A.M. of the crop: Artcurial’s inaugural Supreme auction rakes in US$1 million
Share this article
Next article

Earlier this May, in a palatial residence near Paris’s Avenue Montaigne, a one-of-a-kind auction took place. In the kind of surroundings more commonly reserved for Dutch Masters’ paintings, 135 lots (under the stewardship of fine-art auctioneer Artcurial) went on sale. The kicker? Roughly two-thirds of said items bore the mark of the red-and-white box logo of iconic streetwear label Supreme.

Billed as the first-ever auction of its kind — charting the intersection between urban culture, fashion and contemporary art — the C.R.E.A.M. sale appears to have been a runaway success. Final figures dwarfed most experts’ pre-auction estimates, achieving a total of US$1 million, with 94 percent of the total inventory scooped up by collectors in attendance. To the puritanical collector, it’s a paltry sum — for reference, Christie’s Post-War and Contemporary Art Evening Sale (also this month) realised a total value of $397 million — but for Fabien Naudan, Artcurial VP and mastermind behind the current auction, it represents a breakthrough in the ongoing quest to legitimise the collection of streetwear-as-objet d’art. “The C.R.E.A.M auction is a major milestone for us…in terms of what it says about changing perceptions of valuable art and design in the current market”.

There is an obvious subtext to the auction’s eye-catching title — taken from a single off Wu-Tang Clan’s debut album Enter the Wu-Tang (36 Chambers). The Staten Island rappers released their formative record in 1994, the same year that marked the birth of another New York icon: Supreme. Originally a diminutive skate shop on Lafayette Street, Supreme has gone on to achieve household recognition, famous for collaborating with every creative under the sun.

While artists like Damien Hirst and Takashi Murakami were natural fits for the brand’s heritage of counter-culture, other more esoteric collaborations have been abundant. (The uncharacteristic Supreme x Loro Piana caps spring to mind.) Nevertheless, a prolific series of partnerships over the past three decades has ensured that a considerable amount of Supreme paraphernalia is now in circulation worldwide, with many of the rarest exemplars up for sale at this month’s C.R.E.A.M. auction.

A diverse array of bidders were in attendance, with hypebeasts jockeying for claim over the brand’s rare sneakers and outerwear (more commonly known in that subculture as “grails”) while more conventional fine-art aficionados fixated on large-format works by KAWS and Future 2000. Likely the most exhaustive showcase of the Supreme archive since the brand’s foundation, products as diverse as a punching bag and Fender Stratocaster (which sold for 20,150 and 5,200 Euros respectively) went up on the block. The highlight of the evening was a 90-cm-long steamer trunk from the Supreme x Louis Vuitton collaboration — one of the final collections presided over by former men’s artistic director Kim Jones.

According to Naudan, following the success of C.R.E.A.M. and positive reception amongst attendees, Artcurial plans to hold a series of similar street-culture-themed auctions in other international cities.

The full catalogue for C.R.E.A.M. – Cash Rules Everything Around Me is available through Artcurial.

Food & Drink
Handpicked: Jay Khan tackles hoisin sauce with Mexican flair
Style
Our definitive guide to the best local tailors in Hong Kong
Food & Drink
Hong Kong’s best bars for mocktails (and what you should drink there)
Travel
Soak in the spectacular setting at these luxury hotels in the Himalayas
Food & Drink
Your next meatless meal could be 3D-printed “steak”
Food & Drink
Restaurant Review: Will Amelia at Ocean Terminal sink or swim?
Living
Q&A: Luuna founder Olivia Cotes-James on why sustainable, healthy menstrual care matters
Style
Hugo Boss pays tribute to David Bowie in latest collection
Beauty & Grooming
9 limited edition beauty products you can only get ahead of Chinese New Year
Sign up for our newsletters to have the latest stories delivered straight to your inbox every week.

Our definitive guide to the best local tailors in Hong Kong