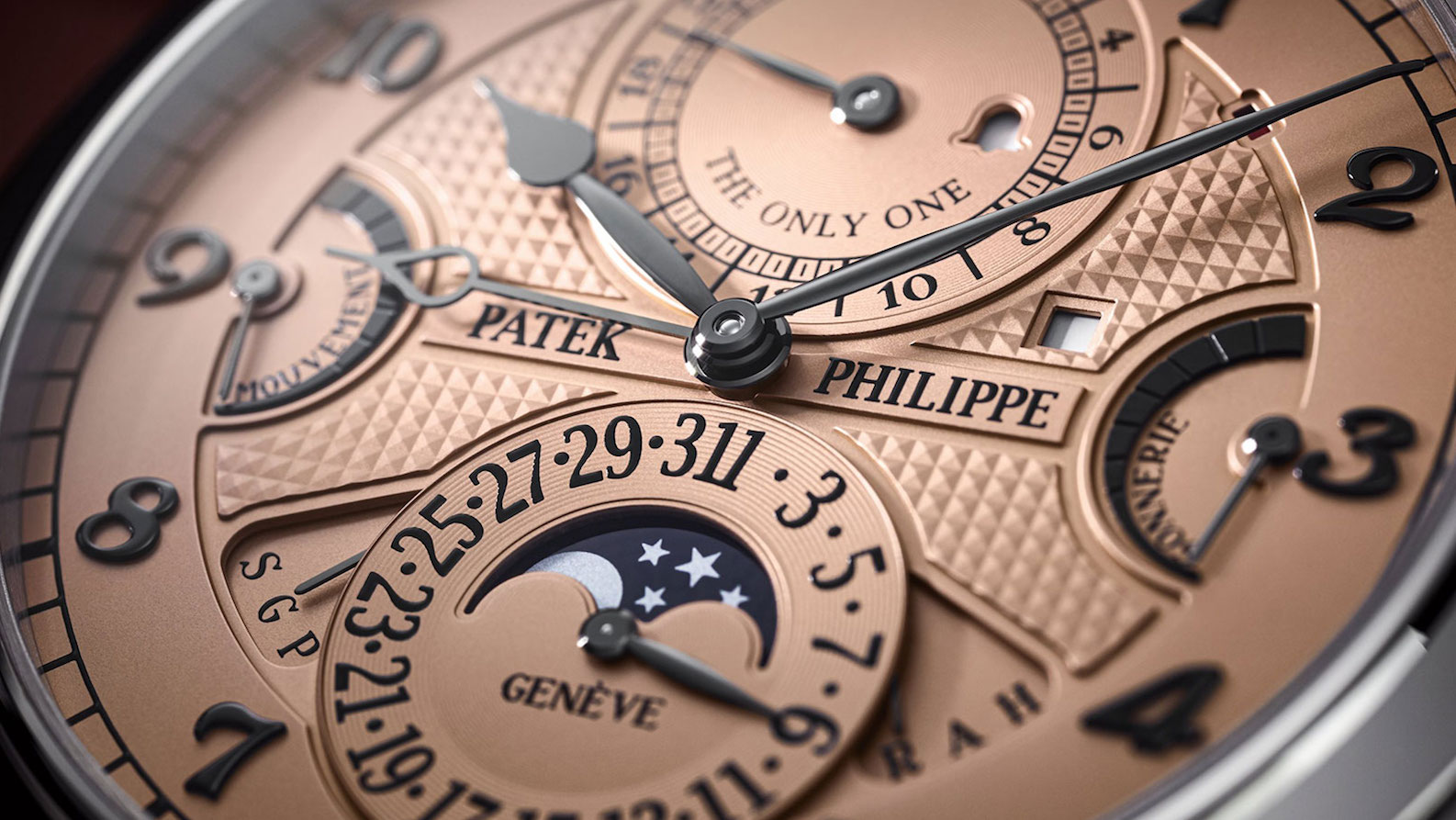 Move over Rolex, the Patek Philippe Grandmaster Chime is now the most expensive watch ever sold

Style
Move over Rolex, the Patek Philippe Grandmaster Chime is now the most expensive watch ever sold
Share this article
Next article

Over the weekend, Christie’s made headlines around the globe with its sale of the Patek Philippe Grandmaster Chime. The ultra-complicated Pièce unique — sold as part of charity auction Only Watch 2019 — hammered for CHF$31 million, setting a new world record for ‘most expensive wristwatch ever sold’. The realised price puts it ahead of the Henry Graves Supercomplication and Paul Newman’s personal Daytona (both of which currently hold the #2 and #3 record for ‘most expensive watch sold at auction’). Experts had initially estimated the watch would fetch between CHF$12 million-$15 million, although it quickly became apparent that such predictions had been extremely conservative.

Style
5 outstanding timepieces up for auction at Only Watch 2019

Reports from the floor indicated that Christie’s auctioneers soared right past the CHF$17.8 million mark — the final price realised by the Paul Newman Daytona — without so much as a sneeze, and that it was only around CHF$20 million when genuine head-to-head competition began. Three telephone bidders, represented by specialists from Christie’s London and Geneva offices, engaged in a prolonged stand-off — the stakes were largely raised in CHF$500,000 increments — culminating in an offer to buy the Grandmaster Chime at CHF$31 million (approx. HK$243 million). Interestingly, the final winner (represented by Christie’s Geneva) was revealed to be an important Asian collector who, despite his prolific reputation, is not an auction season regular.

The record-breaking sale of the Grandmaster Chime returns the title of ‘world’s most expensive wristwatch’ to Patek Philippe, after an extended two-year spotlight on Rolex and the cult of Paul Newman Daytonas. The sale is indeed important for a number of reasons (i.e. it involves a modern non-sport reference, based on a publicly available model) though it’s yet unclear what quantifiable effect this will have on demand for Patek’s complicated mainline watches. Regardless, thanks to the remarkable price at which this lot sold, brand executives can be confident that there will be renewed interest in Patek Philippe from the general public — a frontier traditionally dominated by the sole preserve of Rolex.

Held biennially in Geneva, Only Watch is an auction focused on the sale of rare and exceptional timepieces, operated in conjunction with the Monegasque Association against Muscular Dystrophy. 99 percent of the proceeds of sale go to scientific research aimed at treating Duchenne myopathy — an neuromuscular disease which affects nearly one in three thousand males at birth.
To see all of the sales results for Only Watch 2019, visit Christie’s online.