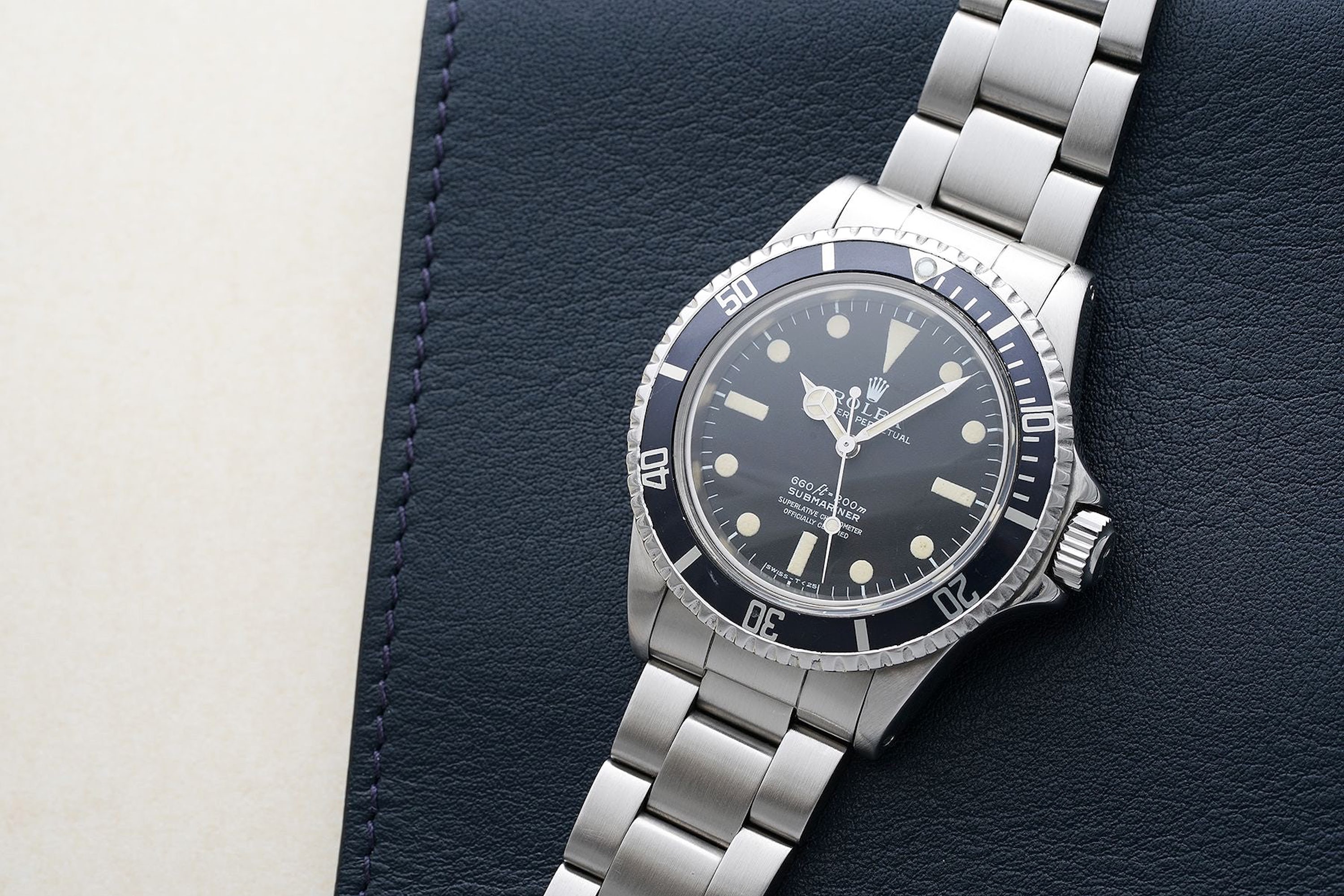 This June, when Phillips announced that it would be offering a Rolex Submariner previously owned by Steve McQueen, the internet lost its collective marbles. Throughout 2017, vintage timepieces with celebrity provenance — such as Paul Newman’s Ref. 6239 Daytona — cleaned up at auction; setting a precedent for otherwise mechanically conventional watches to climb to inexplicable hammer prices. (The current trend is in stark contrast to the previous record holder for “most expensive watch sold at auction”: a Patek Phillippe 1518, the first ever serially produced perpetual calendar chronograph.)

Consequently, when punters heard that a Rolex ostensibly owned by Steve McQueen (subsequently gifted to the legendary actor’s favourite stuntman Loren Janes) was up for sale — recovered from the latter’s Los Angeles home after it had been destroyed by a wildfire in 2016 — there was every reason to suspect that Phillips’ initial valuation (up to US$600,000) would quickly be eclipsed. Alas, upon closer inspection, all was not hunky-dory. Sure enough, under increasing pressure from the McQueen Estate and scrutiny by horological experts, Phillips recently withdrew the watch from its December sale. In a statement issued last Friday, the British auction house stated that they had “hoped the sale of this watch would celebrate the lives of two great men, but without the McQueen family’s support we are unable to proceed”.

This abrupt and arguably passive-aggressive declaration on Phillips’ part (you can read their full statement here) begs the question: why exactly was the McQueen Estate so opposed to the sale of this watch in the first place? Moreover, why are huge chunks of the watch collecting community now reacting to the news so critically? In a word — veracity.

What do we actually know about this Steve McQueen Rolex Submariner?

In the course of announcing that it would be selling a Steve McQueen Rolex Submariner (Ref. 5513) later this year, Phillips disclosed certain details which have since been scrutinised by watch and news media outlets alike. Apparently, the current exemplar began life as a Ref. 5513 Submariner, featuring a gilt two-line dial (we’ll come back to that later). Phillips asserted the watch was purchased by McQueen some time in the 1960s, worn for an approximate period of 10 years and then gifted to Loren Janes — a stuntman on 19 of McQueen’s 27 films.

The watch remained in Janes’s possession until 2016, when the Sand Fire wildfire (engulfing parts of LA at the time) destroyed his Santa Clarita home. At first, it was thought to have been lost along with the property’s contents; but at the insistence of a well known memorabilia collector, Janes’s daughter Erika searched the site and was able to salvage her father’s Rolex. What is confirmed is that the watch was found in extremely poor condition: its plexiglass crystal had been melted off completely; while the distinctive Submariner dial and bezel had sustained extensive fire damage. It was subsequently sent to Rolex for restoration — a process that was officially completed in November 2016.


Phillips initially relied upon two pieces of documentation to support the notion that this Submariner was owned by McQueen. The first is a letter (dated 22 February 2017) signed by Janes himself, asserting that the watch was indeed gifted to him by McQueen. The second is from Rolex Customer Service (dated 4 November 2016) to the Janes family, confirming that restoration of the watch was completed successfully. In conjunction with Phillips’ original press drive, these documents lack sufficient detail for the purpose of proving the watch’s authenticity. Due to Alzheimers-related complications, Janes passed away mere months after writing the aforementioned letter. Watch historians have consequently been unable to resolve basic ambiguities posed by the stuntman’s testimonial: in precisely what year did he receive the watch; had it previously been worn by McQueen himself; if so, for how long? Answering such fundamental questions is essential when verifying any vintage watch’s provenance, never mind one belonging to a cinematic legend.

Similarly, the Rolex servicing letter leaves many questions unanswered in relation to the technical provenance of this Submariner. Experts (including Phillips) widely agree that a period accurate Ref. 5513 would originally have sported a two-line gilt dial. By contrast, the current replacement features four lines of text and a matte finish. In light of the considerable fire damage that the watch suffered in 2016, it’s entirely reasonable that Rolex would replace the dial (along with other peripheral elements such as the bracelet and bezel). The more perplexing issue is why they chose to do so using parts associated with a different reference (a common practice in the secondary watch market known as “Frankensteining”); and moreover why this highly irregular decision isn’t addressed in any substantial detail in the brand’s customer service letter.

For many collectors — those who buy watches for the less pecuniary reasons of craft, design and patina — the often opaque PR strategy favoured by big auction houses has had a net detrimental impact; driving up prices across the board in a marketplace supposed to represent better value than at retail. In light of the factual controversies surrounding this Submariner, it’s probably best for all parties concerned that Phillips has pulled the plug on its December offering. The current backlash (by lawyers of the McQueen Estate and members of the wider watch buying community) is a sobering reminder that sentiment around these kinds of auctions remains sharply divided.