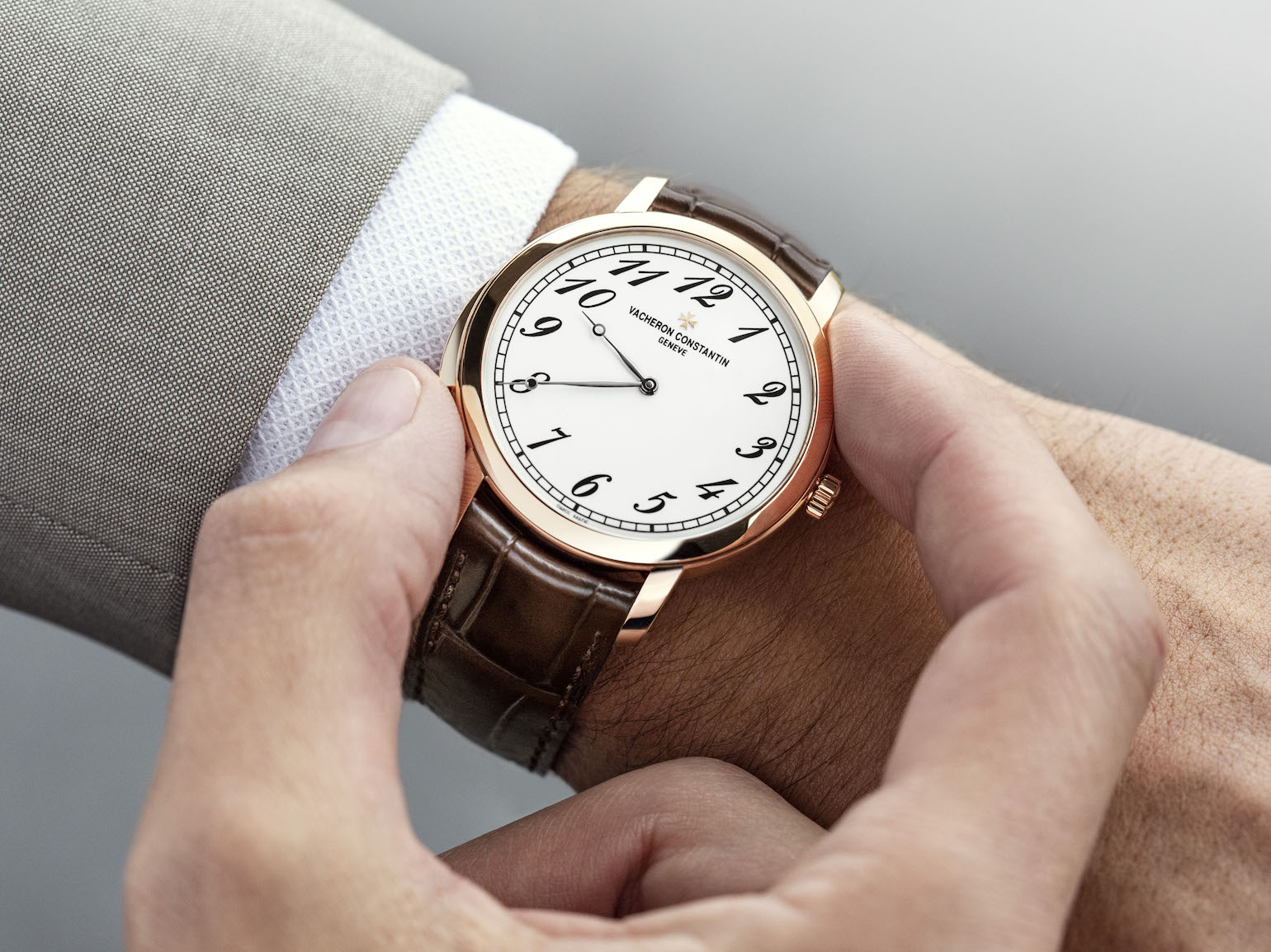 In a move that’s becoming increasingly de rigeur in the watch industry, last weekend Vacheron Constantin dropped — without so much as a tweet — eleven new novelties in Singapore. Collectively dubbed ‘La Musique du Temps’, the latest Vacheron timepieces pay tribute to the art of music, via a selection of handcrafts and high complications. In addition to the usual accessories/extract information, Vacheron will be selling each of their ‘La Musique du Temps’ pieces with a unique audio-phonic signature, recorded at Abbey Road Studios. (Yes, that Abbey Road.)

Given the very specific volume, tone, and melody of each chiming watch, it was important for the brand to engage a recording studio capable of capturing all of these varied nuances. The move fits in nicely with their existing strategy of adding value for top-flight clients: such as the Blockchain-powered certificates being rolled out in the Les Collectioneurs series.

It’s worth pointing out that, as the creations of Vacheron’s bespoke watchmaking division (‘Les Cabinotiers’), even a single Musique model is subject to the brand’s most rigorous and complicated production processes. For that reason, getting just shy of a dozen such watches at the same time — minute repeaters at that — is an event worthy of closer scrutiny. Take a look at our breakdown of all 11 new watches in the collection below.

Traditional métiers d’Art has always figured prominently in the activities of the Les Cabinotiers division. Vacheron’s bespoke watchmakers have previously tackled a variety of decorative traditions, even going so far as to create a limited run of timepieces showcasing the Japanese artf of maki-e.

Last week, the brand released a quartet of ‘seasonal’ minute repeater tourbillons, this time themed around the technique of champlevé enamelling. Each of the dials — depicting a stream of fish throughout the seasons — is engraved in gold bas-relief, resulting in a series of nooks and grooves to which enamel can be applied. These enamelled dials are then fired up to 15 times, attaining an almost painterly quality at the finished stages. There’s a long history of sonnerie manufacturing at Vacheron — the Maison completed their first grande/petite sonnerie pocket watch, complete with minute repeater in 1817 — but it wasn’t until two years ago that the technology was streamlined for contemporary wear.

The new Symphonia Grande Sonnerie borrows the movement used in Vacheron’s inaugural grande/petite sonnerie wristwatch, and embraces the collection’s musical influence in a fairly unmistakable way. As you’d expect, the finishing on the dial is superb, with Vacheron’s watchmakers applying a distinctive cross-weave guilloché throughout. The sides of the case, meanwhile, are not decorated with a pattern but rather a bas-relief engraving depicting the score of Beethoven’s Sixth Symphony. As a (perhaps unintentional) ode to the holidays, the new Musique Du Temps collection introduces a pair of his and hers minute repeaters dubbed ‘The Dance of Gemstones’. Appropriately, both feature dials decorated with a mix of square and baton-shaped rubies, which are juxtaposed brilliantly against a backdrop of eggshell-coloured grand feu enamel. The smaller of the two measures 39mm — not exactly a classic size for a ladies jewellery watch — but is bound to appeal to collectors with a more modern sense of proportion. Unlike the men’s model, it is also set with diamonds in the lugs, crown, and bezel. We now come to some of the heaviest hitting pieces in the collection. Fusing together multiple, individually sophisticated complications has always been a specialty at Vacheron, and true to form, these ‘Perfect Combination’ pieces condense that expertise into a package which is at once beautiful and extremely wearable.

Without overstating the obvious, both models integrate a perpetual calendar and minute repeater, an engineering feat that’s made all the crazier by the proportions. Vacheron’s calibre 1731QP measures 5.7mm, and when cased up this brings the whole watch to an extremely wearable 42mm x 10.4mm — no small feat when you consider just how many engineering challenges the Les Cabinotiers division had to overcome. If the fundamental object of ‘La Musique du Temps’ is an exhaustive study of the minute repeater, then ‘A Romantic Note’ doubles as a bookend to the rest of the collection. This watch encapsulates many of the design principles that are at work in other more complicated models: there’s the lustrous enamel dial, a very wearable 41mm case, and stylised Arabic numerals.

The movement is of a piece with a minute repeater calibre which Vacheron developed in 1992, though improvements in technology have enabled the brand’s watchmakers to bump the power reserve up to 65 hours. If you’re looking for a daily minute repeater — inasmuch as such a thing can exist — this ought to be a compelling option. The new ‘Celestial Note’ is something of a spiritual successor to the Tour de L’Ile created by Les Cabinotiers in 2005 — that watch was an extremely complicated, double-faced piece, made to commemorate the 250th anniversary of Vacheron Constantin. Consequently, what we have here is a similar — albeit much less complex — package featuring a sky chart, minute repeater, and tourbillon. On the caseback, the sky chart depicts a number of galaxies including the Milky Way: rotating once every 23 hours in accordance with sidereal time.