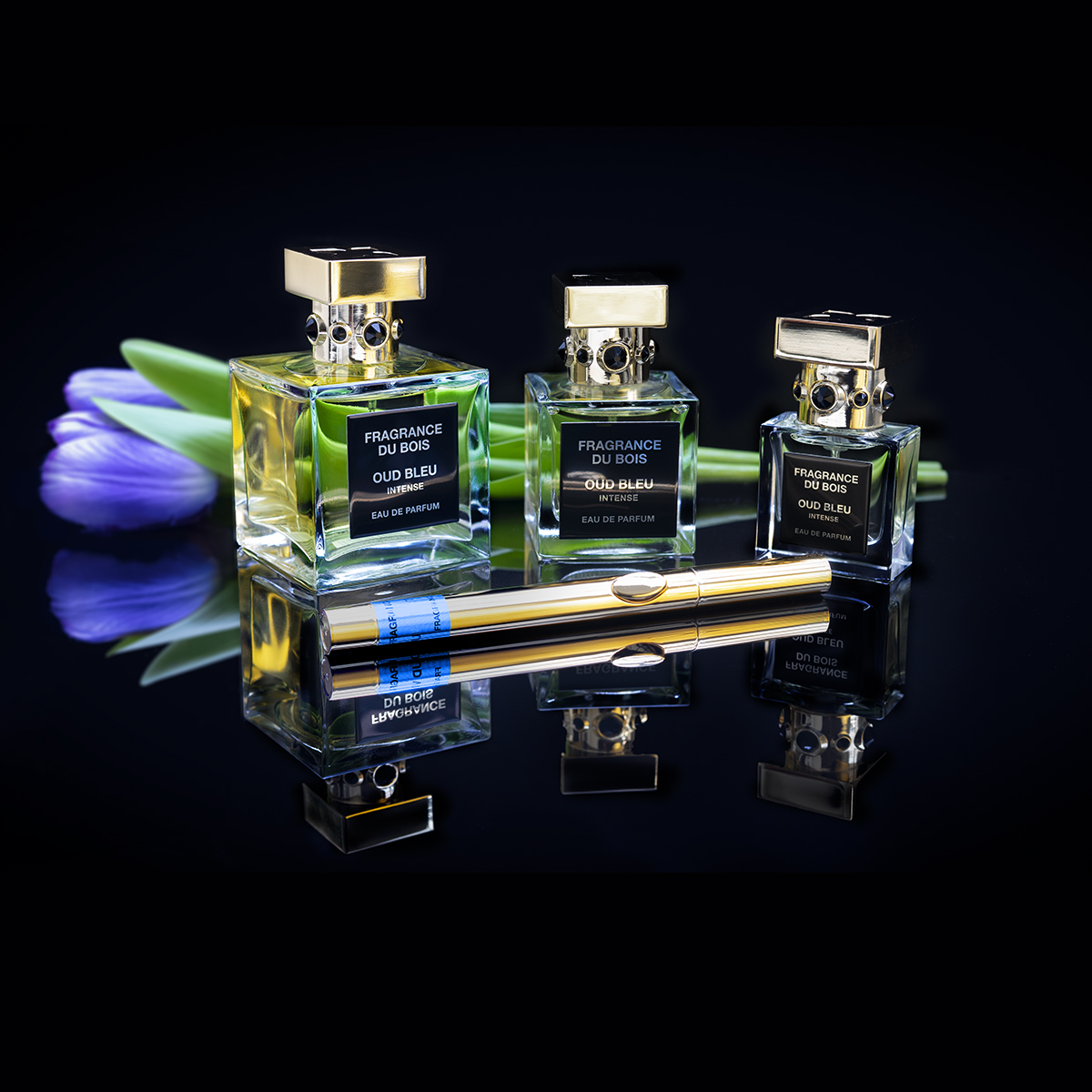 Known as liquid gold, Oud is one of the most underrated ingredients in the perfume world. Until recently, floral and citrus notes have dominated fragrance stores due to their popularity among Europeans and Americans. As global tastes transit from lighter scents to strong, deeper notes, Oud is back on the table as the main staple. Its influences come straight from the gulf where aromatic oils, especially oud, sandalwood, and amber come together to reek magic. Though the taste is acquired as oud smells spicy to some and woody to others. It’s been called the “wood of the gods” by ancient cultures.

Now that the world is getting reacquainted to oud, Fragrance Du Bois launches in India through Scentido. Wedged inside Delhi’s upscale Khan market, Scentido‘s captivating aroma helps you navigate the store from a distance. Once inside, I was exposed to hundreds of bespoke flacons displayed neatly on shelves and people immersing themselves in the interplay of scents one spritz at a time. Right in the middle, under the spotlight, was a section dedicated to Fragrance Du Bois.

The story of Fragrance Du Bois dates back to the 17th century in the French town of Grasse, also known as the perfume capital of the world, intending to craft exclusive oud-based oil. ”Oud became the cornerstone of our brand as we’re the suppliers of 100% pure, high-quality oud – a potent, musky oil extracted from the agarwood tree – that is sourced and distilled by us, ” explained Mr Shadi Samra, general manager, Real Oud Factory head of sales, marketing and operations, Middle East & Africa. Upon underlining its sources, Mr Samra further delved into the brand’s sustainable and ethical approach. ”We own plantations in the far east; Malaysia, Thailand, Indonesia, and India. Sustainability is the flagship of Du Bois, and our objective is to give back to nature by planting more trees. Our zero-waste policy includes using the leftover Oud leaves to concoct Oud tea, which is popular in China for its antioxidant qualities.” Sustainability is at the core of perfumery and is a trend that is fast becoming popular and that is one good reason why Du Bois scores. With artisans as perfumers behind each of their seven collections, Du Bois plans on making India its biggest market in every aspect. It will not only introduce bespoke services with customisable perfumes but also release a whole new range of products including hair mists (before this Christmas), ittar, and body lotions. ”India is the core source of oud, and we’ve had people in India asking for exquisite oud-based perfumes. This is why Du Bois decided to enter the Indian shores through us,” said Mr Shishir Mehta, founder and partner, Scentido. Even the slick bottles are designed keeping in mind the Indian audience. ”The material used for the bottle is one of the best for perfumes, and its transparency highlights the psychology of clients who prefer to see the juice of the product.” he adds. With heavily embellished caps, sturdy base, and Swarovski stones – it is both a conversation-starter and a show-stopper.

After succumbing to the heavenly aromas wafting through the Scentido store, I was more than interested in knowing the personal Du Bois favourites that would rule the Indian hearts. While Oud Bleu is the most popular perfume among pioneers, Oud Noir for the night and Oud Rouge for the day are the other preferred choices. Even though the best-seller for 2019 was Oud Sahraa, Mr Mehta emphasises on warm fragrance with spicy and woody notes for winters and fresh notes with citrus and floral for the summers.

What really makes the fragrances stand out? The brand’s sustainable efforts of giving back to the rural communities that tunes well with millennial ideals. The fragrance house is also working within the industry in a bid to raise awareness about Aquilaria trees (the original source of oud), and they also work with CITES (Convention on International Trade in Endangered Species, an inter-government agreement) to protect rare and endangered species.

Fragrance Du Bois is exclusively available at Scentido stores in Mumbai and Delhi. Price On request.
All images: Courtesy brand

#FirstPerson: How I created my own ‘clean beauty’ starter kit

#Justlaunched: 5 products to pick up from popular Spanish label, Skeyndor