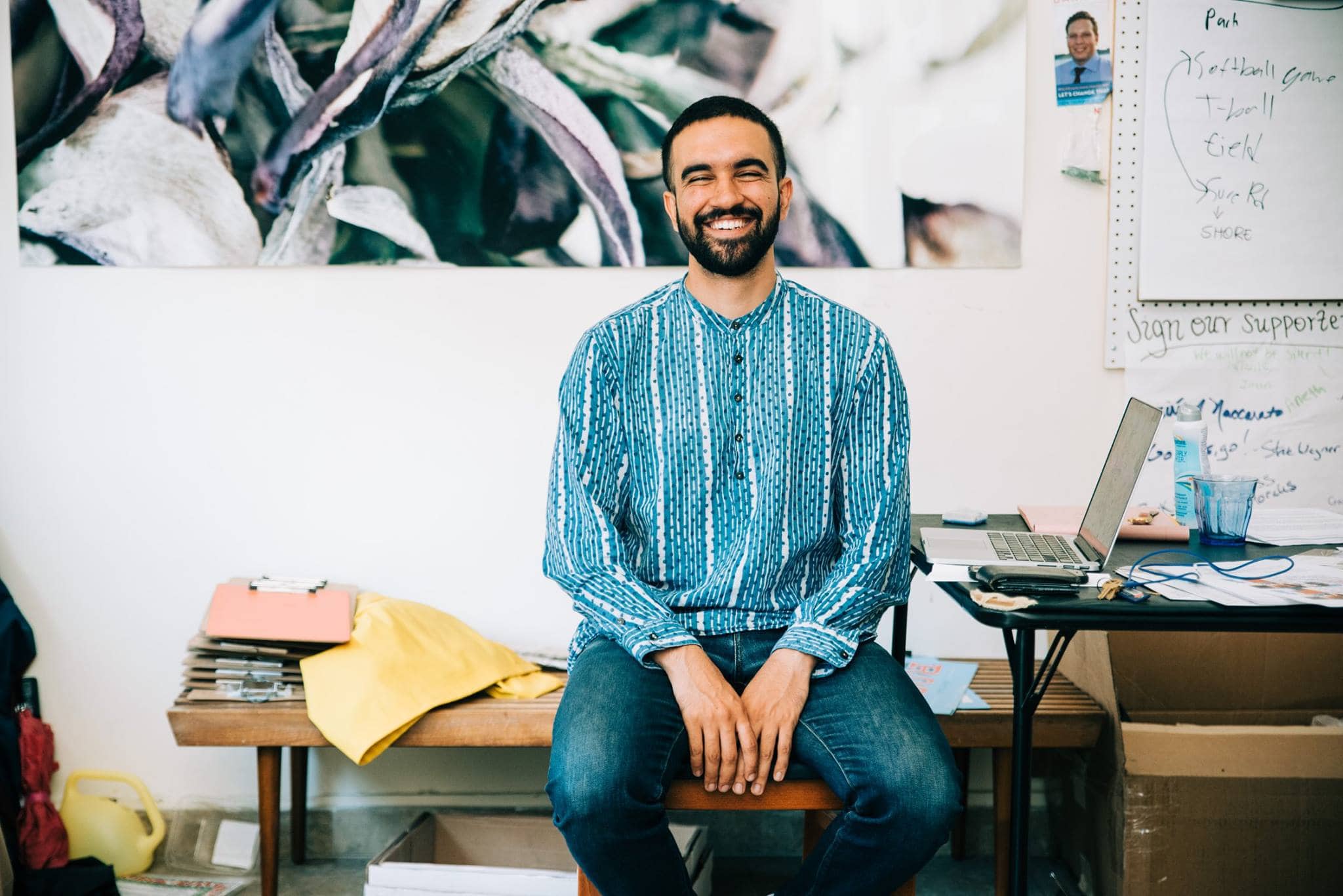 Who is Mr. Cardamom and why is everyone talking about him?

Culture
Who is Mr. Cardamom and why is everyone talking about him?
Share this article
Next article

There are some things you just don’t expect to see in a rap video. An octogenarian gallivanting around the city in a bright yellow beret and startling red lipstick, while flipping the bird and smacking anyone who has the temerity to cross her, would be high up on that list. Which is what makes Zohran Mamdani AKA Mr. Cardamom’s new rap song — ‘Nani’ — such an absolute delight to hear. And watch.

Starring an 85-year-old Madhur Jaffrey, an actor, food and travel writer, and TV show host, as a badass nani who doesn’t suffer fools gladly, the song has priceless lyrics such as ‘I’m the best damn nani that you ever done seen’ and ‘Fuck top five nani and fuck top three, I’m the number one nani don’t fuck with me’. It’s been less than a fortnight since Mr. Cardamom released the single on YouTube, but it’s already making waves both in India and the US, finding favour with youngsters of Indian descent, not unlike himself. No wonder it’s gone viral. Both, model Padma Lakshmi, and Bollywood director Zoya Akhtar mentioned it on Instagram.

Culture
Meet Kavya Trehan: The creative multi-hyphenate with a core grounded in music

Mamdani wrote ‘Nani’ as a tribute to his own 85-year-old nani, Praveen Nair. In fact, early in the song, Jaffrey mouths the lyrics, ‘Fuck any other Nani says they better than Praveen’. “The song is about Nanis of the world showing the middle finger to all the people who want to show them their ‘place’. It’s about them saying, ‘the world is my place and I’ll do what I want,’” he tells me, over a phone call.

Once upon a time, Mr. Cardamom used to be Young Cardamom. But at 27, he decided he was “too old to be chota elaichi (little cardamom),” he laughs. And so the rechristening to Mr. Cardamom. “I wanted a name you wouldn’t expect a rapper to have. Something silly and ridiculous, but fun.”

Mamdani started making music about four years ago and has made 10 songs so far, but his love for music blossomed early in life. “We moved to the US in 1999 from Uganda, when I was seven years old. At nine, a friend made me listen to the child-friendly version of Jay-Z’s ‘The Blueprint’. I was smitten. By high school, I was already writing songs. When I stood for class president, my pitch speech was in the form of a rap. I lost, but the love for the medium remained,” he laughs.

Nani is Mamdani’s first major musical success; and the video can best be summed up as a series of fortunate coincidences. “A friend suggested Madhurji for it. I thought it was a great idea, but I didn’t know her personally. Some months later, I mentioned it to another friend who said she knew her, and would introduce me. One thing led to another and one fine day, I was having chai with Madhurji, and she was on board,” says Mamdani.

Gear
LSA Picks: The top 5 music streaming apps to get your groove on

He calls working with the legendary Jaffrey, with her massive fan following from her ‘Indian Cookery’, ‘Far Eastern Cookery’, and ‘Flavours of India’ TV shows through the 1980s and 90s, one of the most fantastic and humbling experiences of his life. “It was nothing like you would imagine what shooting with a star is like. She would just hang out and have fun with the rest of the crew between takes. It was amazing,” he says. If the outtakes that litter Mr. Cardamom’s social media handles are anything to go by, it really was a picnic. Jaffrey, Mamdani claims, even refused to even accept the token remuneration they had agreed to. “She kept the yellow beret and asked me to use her fee towards production expenses.”

Mamdani might be basking in the glory of all the adulation being piled on him, but he’s also got his feet firmly planted on the ground. While he plans to dedicate more time to music, he has no intention of quitting his job to pursue it full time, right now. “I like that people want to know when I’m going to release another song. I think my musical expression is best when I’m doing many things. Nani’s success has made me more confident, but it’s also made me realise I have very thin skin, which I need to work on. I got hundreds of tweets saying good things about it, but two negative ones, and I kept obsessing over them,” he says.

When he’s not playing Mr. Cardamom, Mamdani helps families in financial jams prevent foreclosures on their homes. He also dedicates about 15 hours a week to local political organisational work at the Muslim Democratic Club of New York and the Queens chapter of the Democratic Socialists of America. “I think because I do such serious work in my non-musical life, it gives me a little latitude to be ridiculous with my music,” he tells me. If being ridiculous means we get to hear more gems like ‘Nani’, we’re all for that plan.

Kokra is a journalist, writer, editor, and media consultant from Mumbai. She writes on feminism, relationships, sexuality, art, culture, and lifestyle.