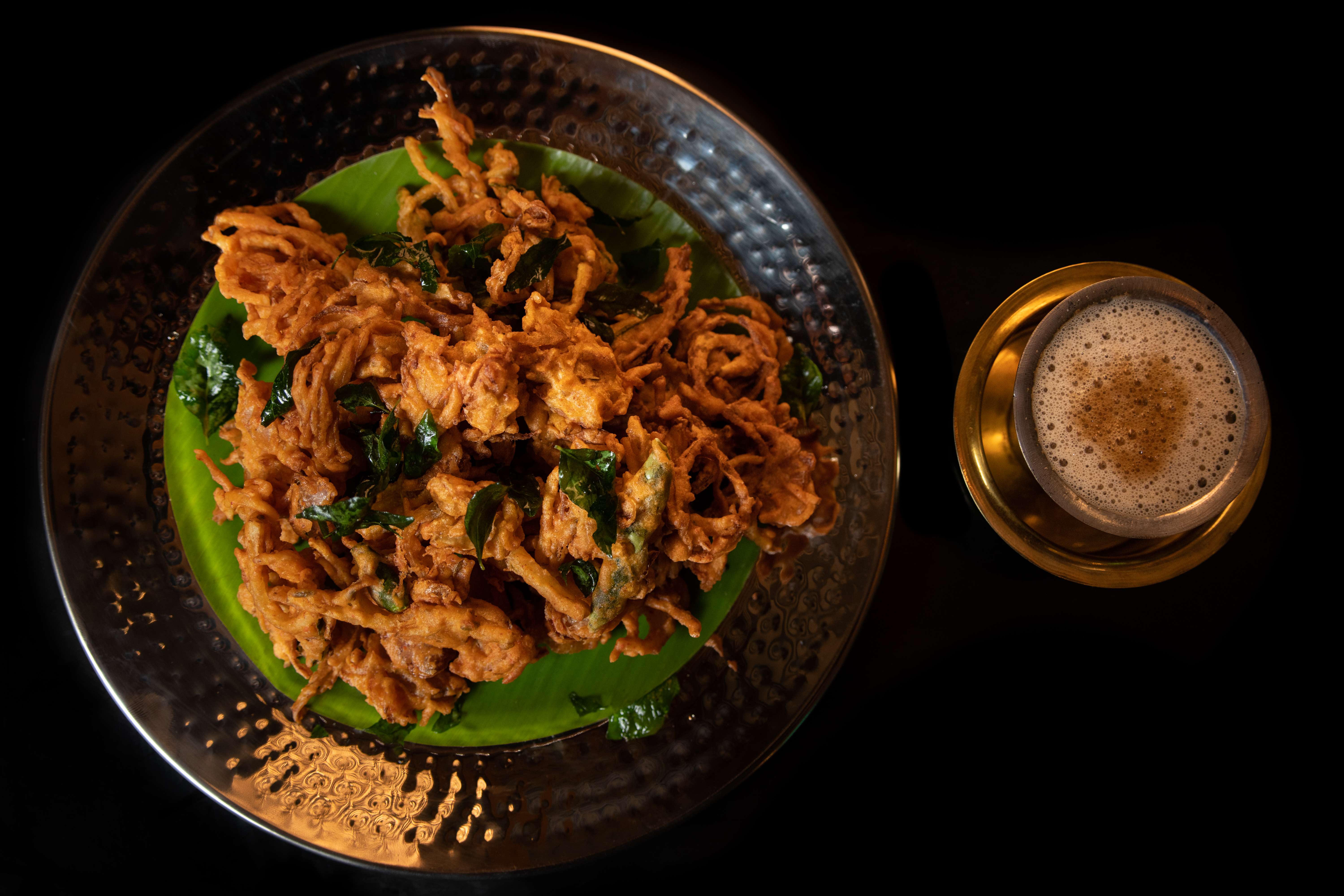 Coastal cuisine has been rising in popularity in Delhi for a while now. People have moved beyond the holy triumvirate of dosa-idli-vada, and are exploring parottas, stews, pesarattu, mappas, kandi podi, paniyaram, and more. While the love for the cuisine is growing, the options to dine out remain fairly limited, with only a handful of restaurants truly exploring the idea. So, when an authentic coastal cuisine restaurant opens in Delhi, it’s a welcome addition to the capital’s food scene.

Searock Cookhouse comes to Delhi from Bengaluru, where it has enjoyed popularity for 34 years. The space is fuss-free and spacious, with pretty chandeliers and accents of bright pink, yellow, and blue to liven it up. The menu is a mix of dishes from the regions of Kerala, Mangalore, Tamil Nadu, and Andhra Pradesh, which means there’s an extensive selection to choose from. I started with the pleasing Gobi Kempu Bezule, a kind of cauliflower stir fry with crispy florets tossed in green chillies and curry leaves. Think of it as an Indian version of the Asian ‘vegetable salt & pepper’. The Chicken Ghee Roast isn’t for the faint hearted – boneless chicken cubes rubbed with spices and roasted in ghee (and lots of it), makes for a seriously heavy but satisfying dish.

The Pachakari Stew was divine, and you’ll find it difficult to stop at one serving – the mixed vegetables cooked in a creamy, sweet, light coconut milk retain their individual flavours (unlike in overpowering curries where texture and flavour is lost). The Chicken Chettinad lives up to the legacy, popping with flavour, and with strong essences of fennel, cumin, curry leaves, and coconut among other garnishes. Pairing these with a Malabar Parotta was a good decision – it’s one of the best we’ve tasted in the city. However, the Appam and Sannas could’ve been better – the former was cold and stretchy by the time it arrived, and the latter – a fluffier, slightly sweet version of idli – wasn’t as airy as promised.

The Aamras, sweet, pungent, and spicy, could be a new taste for Delhi, while the Karuatti Halwa is made from palm jaggery and perfect for those who like gud. If chawal ki kheer is your preferred dessert, try the Ragi Manni, a jelly-like finger millet pudding that carries the same taste notes.

Service: Could be more receptive

New Restaurants Indian Cuisine South Indian Cuisine Delhi restaurants Delhi Food Restaurant Reviews Connaught Place Restaurants
Megha Uppal
Associate Editor
An innate love for travel and food has translated into many a trips since childhood for Megha; it also fed her curiosity to know about local cultures. When not writing, she is on the lookout for three things: A great dark chocolate dessert, a beautiful pool where she can practice her backstroke, and art that she can save up for.
Travel Culture Food Drinks

Café haunts in Kolkata: Marbella in Hindustan Park is a tiny slice of Spain

By the Mekong, The St. Regis Mumbai has a new menu, and here’s what to try