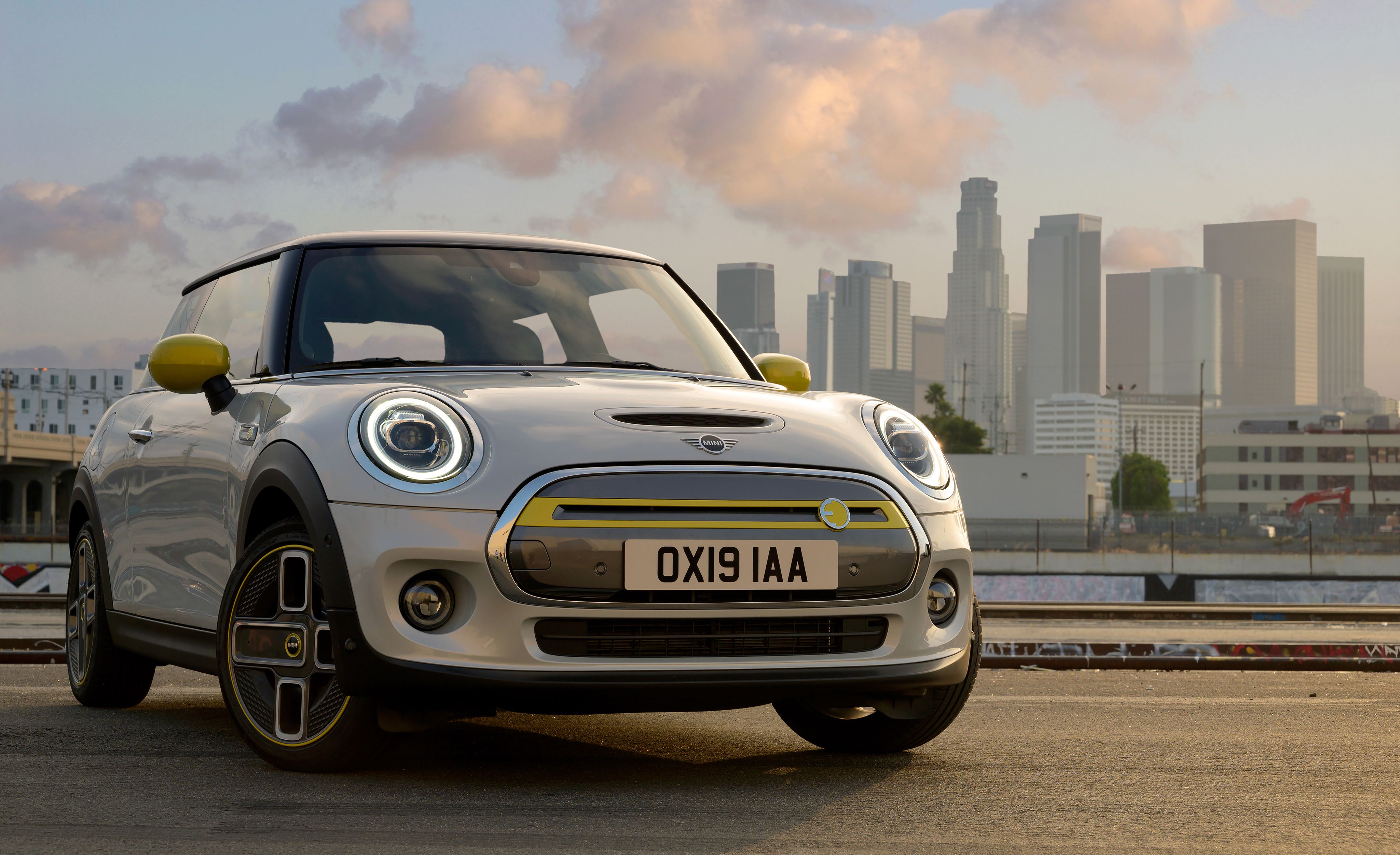 The original Mini was a king at keeping things compact. Bearing a V4 with an oil sump underneath, it freed up a ton of space for passengers and cargo – a new breed of compact everyday travel wrapped-up with BMW‘s premium accents. Riding the electric vehicle wave, now BMW has decided to turn this icon into a plug-in, marking a milestone in the Mini Cooper’s 50-year heritage. We’ve known for a while that Mini’s first electric car, the Cooper SE, has been on its way, after being previewed as a prototype in 2017. Today, the Mini Cooper SE breaks out of the covers, and is certainly our current favourite 2-door street EV.

The Mini Cooper SE will hit the streets next year, but we’re already taking note of all its features, the EV switch from its predecessor being the most compelling one. Once you pop the hood, you’ll find a 32.6-kWh battery pack and a single electric motor that produces 181 horsepower and 199 lb-ft of torque. Don’t be fooled – it’s still very much capable of sprinting from 62-mph in 7.2 seconds. If you push this EV cruiser to its limits, you’ll be able to hit 93-mph and power-glide for about 146 to 168 miles.

There isn’t a lot of information about the SE’s charging, but Mini has commented that it can be charged up to 50 kW, allowing for an 80 percent charge in 35 minutes using a DC fast charger. Compared to the standard Cooper S, the new SE has a different suspension tuning, a stability-control system that’s designed to deal with the instantaneous torque from the electric motor, and four driving modes, including a Green+ mode designed for maximum efficiency that disables or limits features like climate control.

Aside from its electric accents, the interior sees a 5.5-inch digital gauge cluster that uses a new graphic design to show current speed, changing with the driving mode. You also have an option between a 6.5-inch and 8.8-inch central infotainment touchscreen. Using a smartphone app, SE owners can also heat or cool their car’s interior to a specific temperature before getting in.

In terms of structure, the Mini Cooper SE is practically the same as the previous Cooper S, just with a concealed front grille, unique plug emotes all around the car, and yellow accents on the grille, fender trim, and mirrors, all giving it a cleaner EV redesign. The Mini Cooper SE will be making a debut in the US in early 2020 and momentarily expand in its home grounds and then head to Asia. While the standard Cooper is priced in the ballpark of Rs 30-40 lakhs, this version should peak a little more.