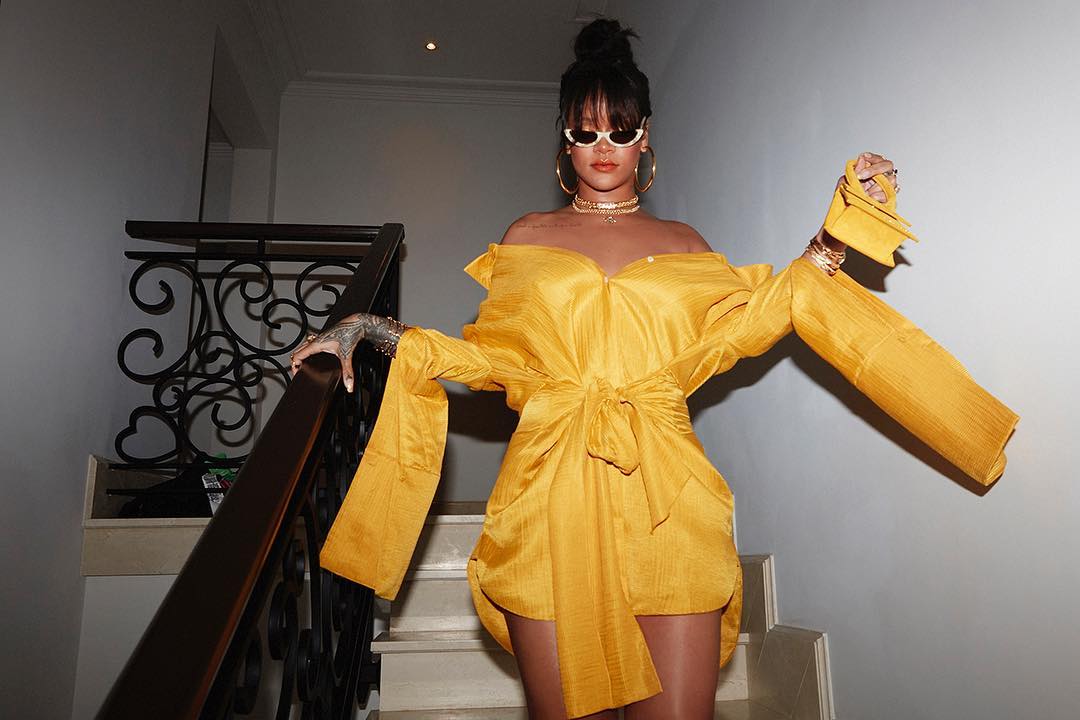 Micro is the new oversized, boxy is the new sleek, and yellows and oranges have knocked out blacks and browns. Bag mandates for 2019 are pulling down the usual stereotypes and who better than our screen favourites to takes cues from. While Jacquemus’ Le Chiquito has become a permanent fixture in the accessories world thanks to Kim Kardashian and Rihanna, our very own fashion-forward B-towners like Sonam Kapoor and Alia Bhatt have embraced new labels and moved beyond classics. There’s also Priyanka Chopra who was seen carrying an exquisite mini number by Medea.

Here some of the coolest bags celebs have introduced us to this season.

Trust Sonam and Rhea Kapoor to always help you on your hunt for exciting labels. And when it comes to handbags, besides opting for classics such as Chanel and Gucci, we can rely on the duo to pick labels that are relatively new, cool, and interesting. Recently Sonam was seen carrying an IDA Red L’Afshar bag. Made in embossed crocodile leather, it stands out with its foldover box silhouette with a magnetic closure. The Dubai-based brand was founded by Lilian Afshar and is known for unexpected textures, patterns, and materials. Fans include Kylie and Kendall Jenner, and Queen Rania of Jordan.

Celebrity stylist Mimi Cuttrell can be credited for giving Priyanka Chopra a complete fashion overhaul. Be it sleek short dresses or suave gowns, Cuttrell has the formula for making Chopra look fresh, pat down. Her interesting choice of accessories only adds to this. Chopra was recently seen in New York in a polka dot Philosophy di Lorenzo Serafini tulle dress teamed with a Short croc black Medea bag. The embossed crocodile leather bag, which has magnetic button fastenings on both sides, was launched by Italian twins Camilla and Giulia Venturini in 2018. The label is named after Pier Paolo Pasolini’s 1969 film and has been embraced by luxury retailers such as Selfridges and Dover Street Market.

Alia Bhatt’s chic travel looks will make you think that airports are the new fashion runways. Besides shutting down red carpets in her impeccable gowns and sarees, Bhatt has time and again expressed her love for bags – backpacks in specific. Her dusty pink Strathberry bag pack is one we loved. Made in calf leather with inner suede detailing, it is the creation of Edinburgh-based Leeanne Hundleby and her husband Guy. Since its launch in 2013, it has also become a favourite of Meghan Markle.

Besides giving us unforgettable characters on the big screen, Felicity Jones has ensured she conquers the red carpet as well. From Burberry skirts to Erdem dresses to Moschino gowns, Jones never shies away from trying new silhouettes and that includes handbags. She was recently spotted carrying a Mini Grey Croco Embossed Leather by Australian label By Far. The 90s inspired, hand-made, mini tote in grey leather is the brainchild of sisters Valentina Bezuhanova and Sabina Gyosheva, and their best friend Denitsa Bumbarova. Launched in 2015, it has also been sported by Bella Hadid and Kendall Jenner.

Style
From Beyoncé to Adele, why do IT girls love designer Mary Katrantzou?

Rihanna, Kim Kardashian, Priyanka Chopra, and Kendall Jenner share a passion for mini bags by French womenswear label Jacquemus. Launched by Simon Porte Jacquemus at 20, the label made its Paris Fashion Week debut in 2012. The brand is known for its innovative play of silhouettes and proportion, and garnered overnight success owing to its take on architectural heels and its mini Le Chiquito bags. Made in calf leather, the bag has sealed its status as being the season’s must-have.

Fashion Style Rihanna luxury bags Priyanka Chopra Sonam Kapoor Celebrity bags Bags for summer coolest bags for summer
Anupam Dabral
Sr. Associate Editor
It was while studying fashion journalism at London College of Fashion that Anupam developed a keen interest in the anthropological aspect of the discipline; for him, fashion only makes sense when seen in the context of its environment. He is always on the hunt for great stories, and in his spare time binge-watches films/shows starring Whoopi Goldberg, Dawn French and Jennifer Saunders.
Fashion Jewellery Style

Culture
Gangsters of the decade: 8 movies that gave us major sartorial envy
Culture
8 practical ways to incorporate the Pantone colour of the year in your homes
Style
Millennials, you can learn a thing or two from Anil Kapoor’s style game
Beauty & Grooming
10 best pink lipsticks that are perfect for Indian skin tones
Food & Drink
How will you eat this year: Food trends that are set to rule 2020
Gear
9 apps to help you maintain your new year resolutions in 2020
Culture
Add to playlist: All the indie songs and artists we’re listening to this month
Style
Kareena Kapoor Khan’s eclectic fashion choices are giving us some major goals
Travel
India’s top destination of 2020: The land of endless sea and sunshine, Kochi
Beauty & Grooming
Every reason you should move to a stick foundation this year
Sign up for our newsletters to have the latest stories delivered straight to your inbox every week.