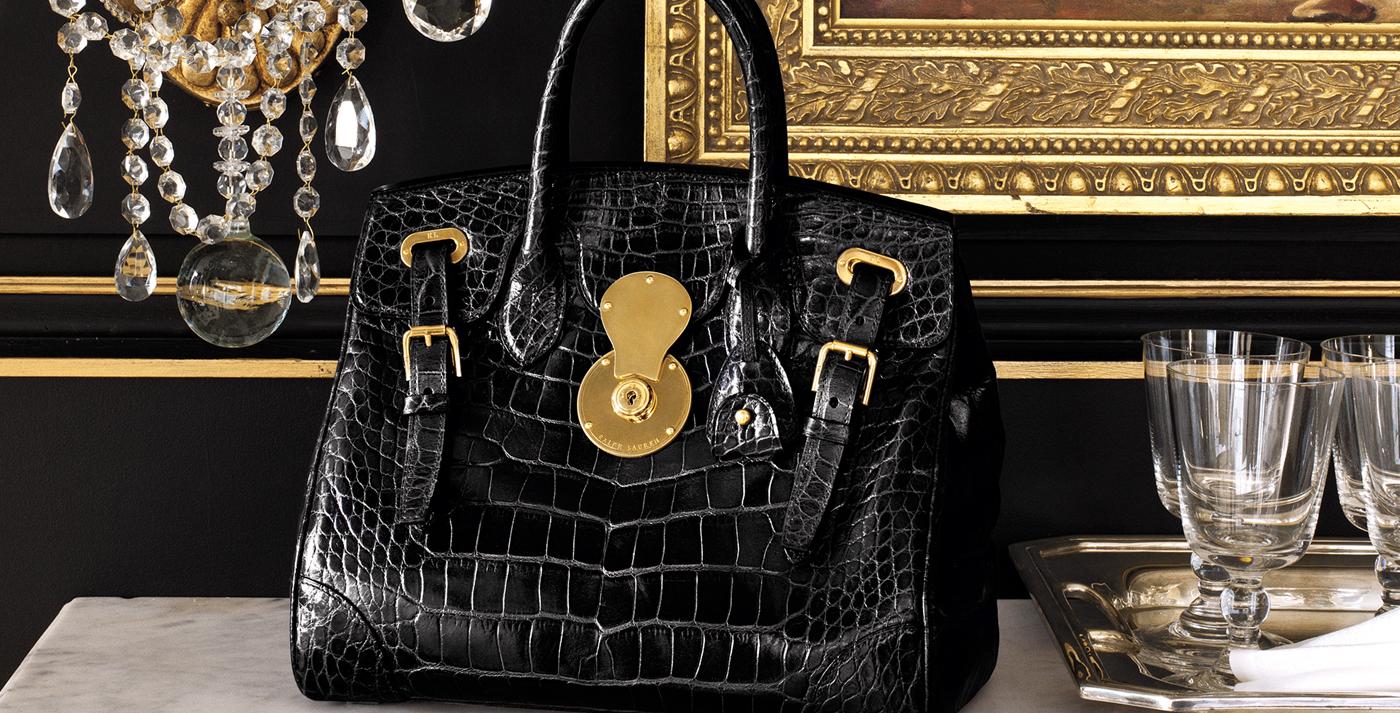 Why is it expensive: Ralph Lauren’s Ricky bag, named after his wife

Style
Why is it expensive: Ralph Lauren’s Ricky bag, named after his wife
Share this article
Next article

Luxury can be interpreted in myriad ways. For most European couturiers, it manifests in larger-than-life creations and multiple man hours spent in creating a one-of-a-kind gown or jacket. But for Ralph Lauren, the American fashion icon, luxury is understated – it speaks through rich fabrics, subdued colourways, and timelessness. For over five decades, he has served fashion lovers with his classics such as cabled cashmere sweaters, striped rugby shirts, crest Oxford button-downs, and military jackets. However, one of his most celebrated designs that has stood the test of time is very popular, Ricky bag. Created in 2005 and inspired (and named after) his wife Ricky, it’s been loved by everyone from Jessica Alba and Miroslava Duma to Jessica Chastain and Reese Witherspoon.

It was in 1964 that a young Ralph Lauren, at the time a struggling designer, met the all-American girl, Ricky Ann Low-Beer. On December 20 the same year, they married. In the past, the designer has said how he was intrigued by Ricky’s style – her casual pair of jeans, white shirts, boxy blazers, and the overall ease of her style – and how it had had a deep impact on his design vocabulary. It was this essence that he wanted to capture in his iconic Ricky bag.

When Ralph created the first iteration of the Ricky bag in early 2005, the idea was to create a statement bag that exuded a refined sense of luxury. This meant that when women carried the bag, he wanted them to feel a sense of style coupled with comfort. Ralph also aimed to incorporate in the oversized tote tenets of men’s style and sports. Envision the 19th-century men’s travel essential, the Cooper bag; its rich colour scheme and smooth, polished surface. It was a rich inspiration as well. Ralph incorporated its exposed hand-stitched cuts and stitches in the design, to get a rugged look.

Ralph Lauren’s Ricky Bag most iconic silhouette and exemplifies precise construction – every bag takes up to 12 hours and comes together by merging 50 separate pieces. Each pattern is hand-drawn, and every piece measured, cut, and attached by hand. Hide or skin, each piece is meticulously handpicked to ensure it ages gracefully. From the hardware to the gusset, everything is handmade in Italy. To protect the handbags from fraying, only waxed cotton thread is used. With this impeccable craftsmanship, intricate detailing and an uncompromised commitment to quality one would wonder how much does this bag cost. It can start from somewhere around $2,400 (approx. Rs. 1.7 lakhs) and can go up to $22,500 ( approx. 16lakhs). One of most expensive Ricky bags, made in alligator skin and metal hardware was stocked by Harrods in 2013 costing £17,145 (approx. Rs. 15 lakhs).

What makes The Ricky a truly functional handbag is its shape – boxy, it can also be carried unbuckled. Another standout feature are its flawless edges, thanks to three layers of leather which are buffed and stained as a natural sealing process, to ensure flawless contour.

Style
From Beyoncé to Adele, why do IT girls love designer Mary Katrantzou?

Ricky and its iterations

It was not until 2013 that Ralph Lauren launched a new version of the cult classic. This time, it was made in silky Nappa leather, called Soft Ricky (the craftsmanship and silhouette was the same as the original), and was available in an array of bright hues like yellows, blues, and oranges. This rendition of Ralph Lauren’s Ricky bag costs $3,500, which is (approx. 3 lakhs)

Spring 2014 saw a mini version of Ricky, a long, cross-body chain, giving tough competition to the then trending evening clutches. Perhaps to drive the popularity of the bag home, the designer went one step ahead and launched a giant Ricky bag the same year. 1.8m high and 1.5m wide, it took nearly a month to create, and was sent on a tour to the fashion capitals New York, Tokyo to Paris. At an average these mini versions can cost $1,750 (approx. Rs. 1.25 lakhs)

Ralph Lauren’s Ricky bag launched in 2015 created a sensation owing to its LED lights. Costing $5,000 (approx. Rs. 3.5 lakhs) is made in black calf leather with rose gold-plated hardware,  featuring a rich purple lining with four internal LED lights were meant for the global jet-setter who wanted to add a small battery bank to their handbag.

Luxury Ralph Lauren luxury bags Ralph Lauren Ricky Bag best luxury bags iconic luxury bags Expensive Ralph Lauren Ricky Bag Ricky Bag cost
Anupam Dabral
Sr. Associate Editor
It was while studying fashion journalism at London College of Fashion that Anupam developed a keen interest in the anthropological aspect of the discipline; for him, fashion only makes sense when seen in the context of its environment. He is always on the hunt for great stories, and in his spare time binge-watches films/shows starring Whoopi Goldberg, Dawn French and Jennifer Saunders.
Fashion Jewellery Style

Millennials, you can learn a thing or two from Anil Kapoor’s style game

Move over skinny fit. This is how denim needs to be worn this year