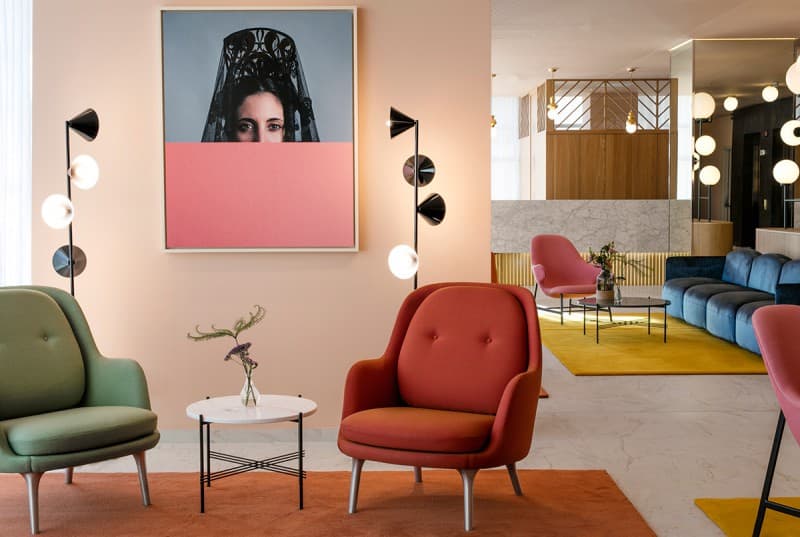 “Design follows function, and then what?” muses Jaime Hayón. “When I first started, everything was so boring. I’ve realised that design is not only about functionality but also about provoking a certain type of emotion.”

He admits that he lives in his own world and this freedom has allowed him to create an object of limitless imagination. And that is why Hayón is one of the most prolific designers today with the likes of Patricia Urquiola, Philippe Starck and Marcel Wanders in the same league.

His distinctive design language is unmistakable – curves, hyperbole, colours, femininity versus masculinity, and his metaphors. Hayón’s idiosyncrasy stands out in adesign-hungry world where predictable straight lines and minimalistic shapes dominate.

The Madrid-born designer is truly multi-hyphenated. He first studied industrial design in Madrid at the Istituto Europeo di Diseño, and later, at École nationale supérieure des Arts Décoratifs in Paris where he was exposed to the fields of furniture and interior design, as well as the curation of museum exhibits.

Hayón started his eponymous studio in 2003 and now with offices in Valencia and Barcelona in Spain and Treviso, Italy. He is gentlemanly to a fault, with a down-to-earth charisma that is matched by a charming impish grin and curly mop. But like many successful designers, his personality opens up like Pandora’s box – you never know what you’re going to get. One thing we know for certain is that Hayón has quite a playful character when it comes to translating his aesthetics through his designs – which are commonly labelled as quirky or flamboyant.

Living
Rule Book: Kelly Hoppen on being comfortable in your own skin and space

The Green Chicken is one of his earlier works. 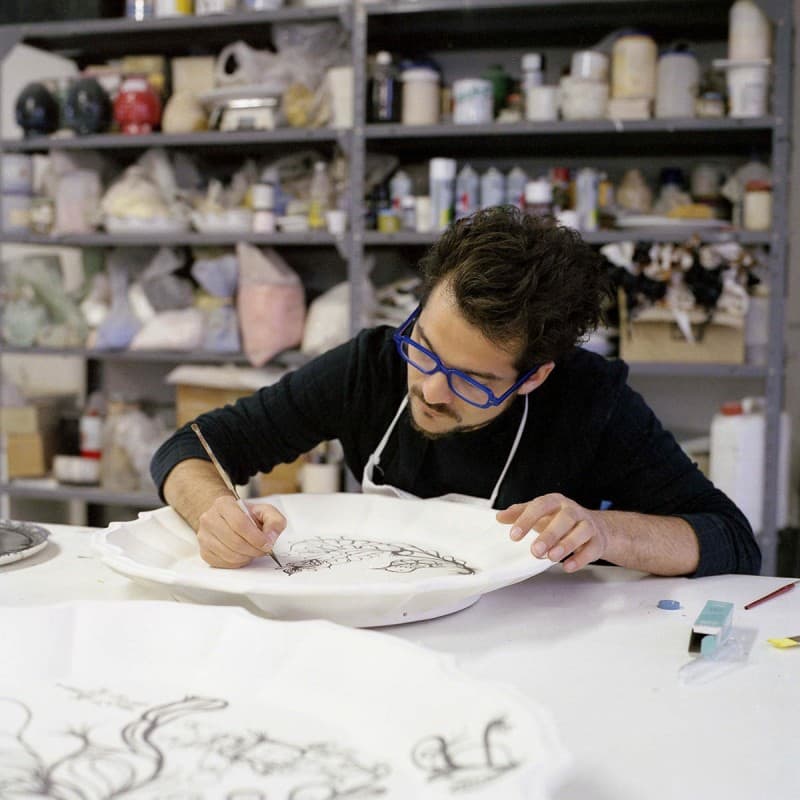 “Well, people can term whatever they want but I think my work is about quality, and it’s about trying to find surprises, to find something that is actually special but is at the same time long lasting. I work with furniture companies that are very high end — so when I design furniture, it has to be functional and good. When I do art, it has to provoke certain sensations, it has to be dramatic; people have to feel good when they see the installations. They have to feel there is a thought behind the work. I’m always trying to challenge everyone in my office to design something that is different; try to go somewhere. And this is important because what is the point to actually work if not to discover the new things you can make?” shares the 45-year-old designer.

The furniture, installations, accessories and spaces Hayón has designed are most well known. If you look at them collectively, these pieces take on an anthropomorphic nature or carry a human form. His installation for American quartz brand, Caesarstone during Milan Design Week in 2017, for instance, featured a series of Picasso-inspired faces that were pieced together using meticulously cut stone. Each piece told a folklore tale from the designer’s Spanish heritage with a slight sense of humour – a signature of Hayón.

If Philippe Starck has his famous abstract doodles, Hayón has his unique way to reinterpret his signature style with Spanish influences – an unmistakable code of aesthetic that can be seen in all his works no matter how big or small.

One of his latest interior projects carries this very perspective. In La Terraza Del Casino, Hayón updates the space with organic elements drawn from his artistic touch – surprising diners at different turns. Dressed for the occasion with deep blues and soft greens, the interiors beam with true Spanish spirit. Hayón has a way to remind guests of the need for celebration and happiness with a space that is energetic and vivacious at the same time.

Similarly, in Hotel Barceló Torre de Madrid, the narrative is expressed through a sophisticated play on form, colour and material. One can fully immerse into Hayón’s imaginative universe that stems from being a Madrileño (a male native). The customised lamps above the bar are his whimsical interpretation of the traditional Spanish boblina hats while at the entrance, a zebra-striped bear sculpture tipping its hat off to guests is a nod to Madrid’s coat of arms. Animated emblems of Spanish culture are rendered as brass frameworks, accented by interiors of rich, energetic palette.

Living
Rule Book: Patrick Jouin talks about the power of listening and being expressive

“I tried to bring the different cultures of the country into the hotel but in a very modern, almost graphical and naïve way. I was fully dedicated to the creation of a very unique space that would represent a new version of Spain, far from the traditional aesthetic,” he reveals.

Other poignant elements of this vision are a series of bespoke photographs by KlunderBie, the photography studio of Hayón’s wife Nieke Klunder B. Framed artworks showcase icons from Spanish culture, which includes a madrileña (a female native), a bullfighter, and the flamenco dress put forth in portraiture form. 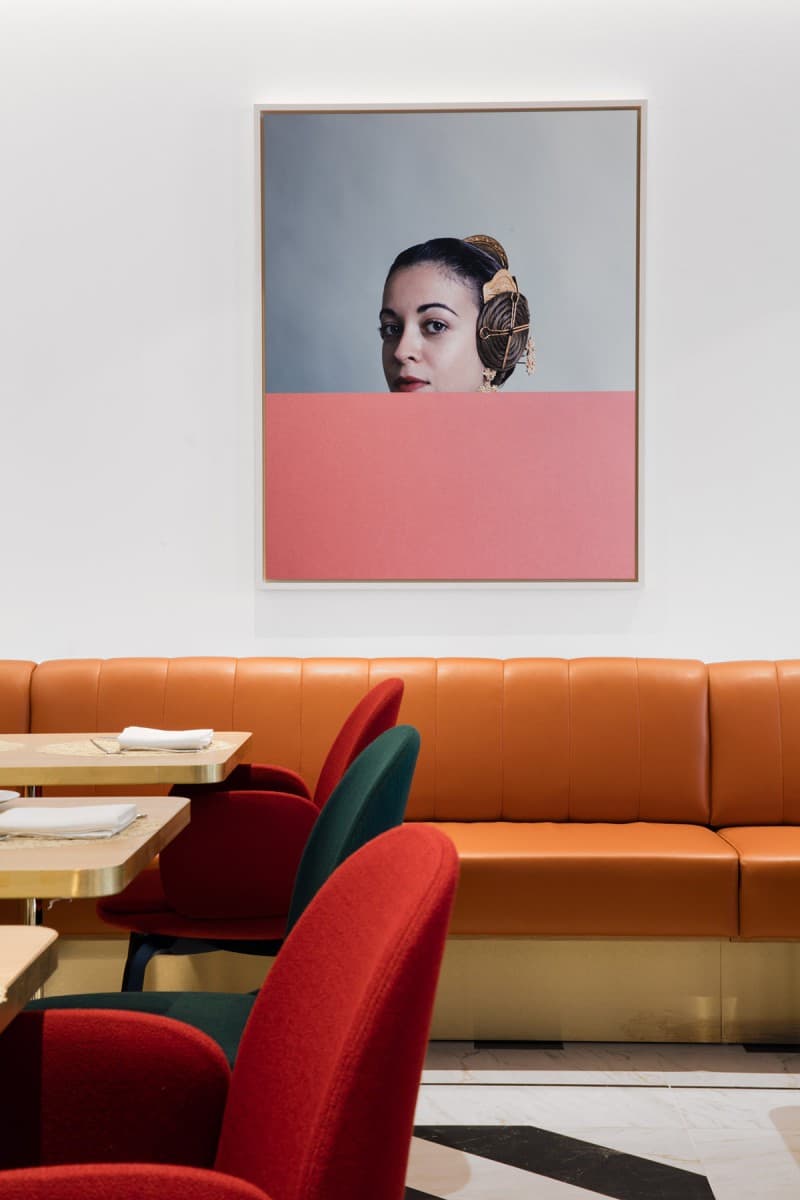 A native Madrileña pictured in the interiors of the hotel. Subtle nuances of Spanish culture are infused into the colourful spaces.

Hayón concurs that Spanish culture hasn’t been used properly in many examples. “I think we have an amazing heritage, which we brought to the 21st century, creating beautiful works of art using historical elements but in a contemporary way.”

That is the irony and charm of Jaime Hayón where subtlety and crazy meld in meaningful yet surprising experiences.