At first glance, the humble Hokkien mee might scare the uninitiated away. We don’t blame them – the extremely dark colour is off-putting, but once you get a taste of these noodles you’ll want to come back for more. In fact, you can take your time to explore the many places that cook up Hokkien mee in KL.

But first things first: the dish in KL and Penang are two very different things. The KL version is a dry-style, dark sauced noodle dish while the Penang version refers to a spicy prawn noodle soup, which is what the KLites refer to as “prawn noodles”.

The KL version is essentially stir-fried, thick yellow noodles in dark soy sauce with a medley of pork strips, fish cake, cabbage and sometimes pork liver, topped off with cubes of deep-fried pork lard. Naturally, this dish isn’t halal. But don’t worry, because we’ve included a halal option below too.

What makes a simple dish of fried noodles so special that it has the locals craving it, even likening it to comfort food? The secret here lies in the wok hei, a certain kind of char achievable only by way of cooking with a wok on a high heat setting. For an even deeper charred flavour in the noodles, the dish has to be cooked over a charcoal-fuelled fire – the traditional way.

In fact, many hawker stalls in KL and PJ still cook the dish over a charcoal fire to retain that deep flavour – it’s the sign of a good plate of Hokkien mee that many modern restaurants might not be able to achieve.

For the best plate of Hokkien mee in KL and PJ, you’ll need to rough it out in traditional coffee shops or even roadside hawker stalls. The lack of air conditioning only adds to the experience of dining like a local, plus the affordability is an added bonus. Read on for our list. 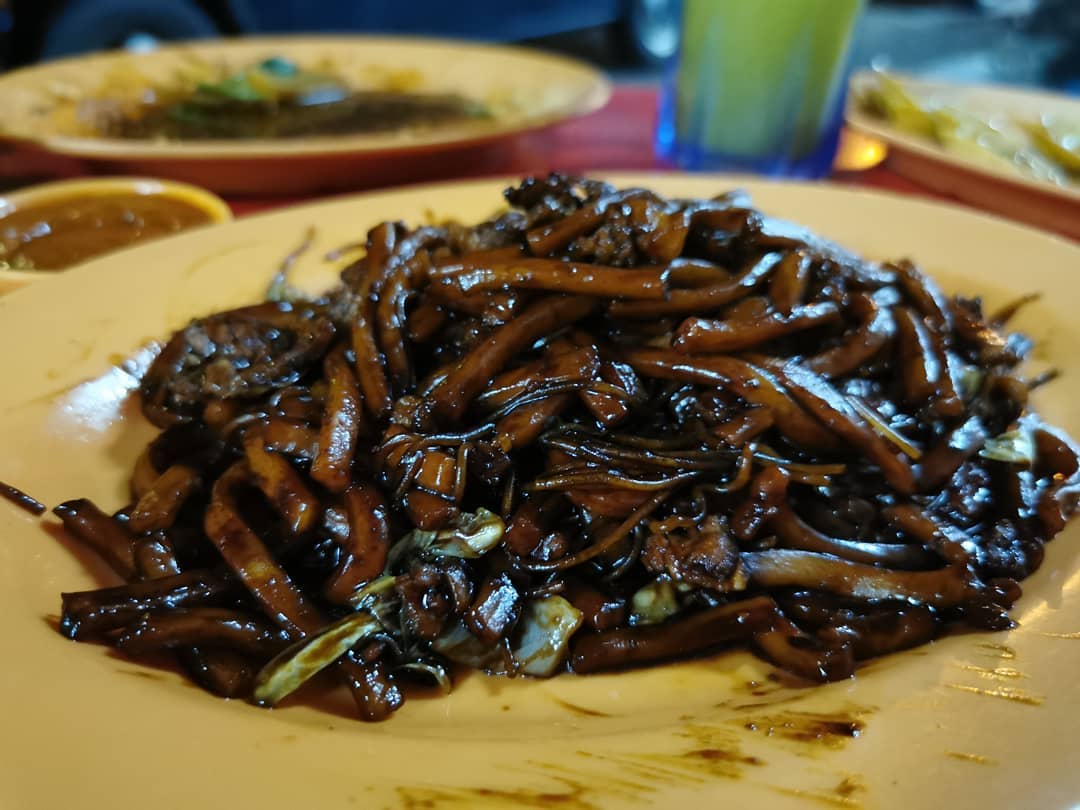 Ahwa Hokkien Mee is a longtime favourite. The stall has been here for decades and known to the people in the neighbourhood as the Hokkien mee place on Jalan 222. The noodle stall still cooks up its Hokkien mee over a charcoal-fuelled fire, rendering a nice wok hei flavour to the noodles. It’s also particularly generous with its serving of deep-fried pork lard, which is perhaps what adds to the popularity here. Other than Hokkien mee, the stall also sells other types of noodles including the Cantonese-style fried noodles. 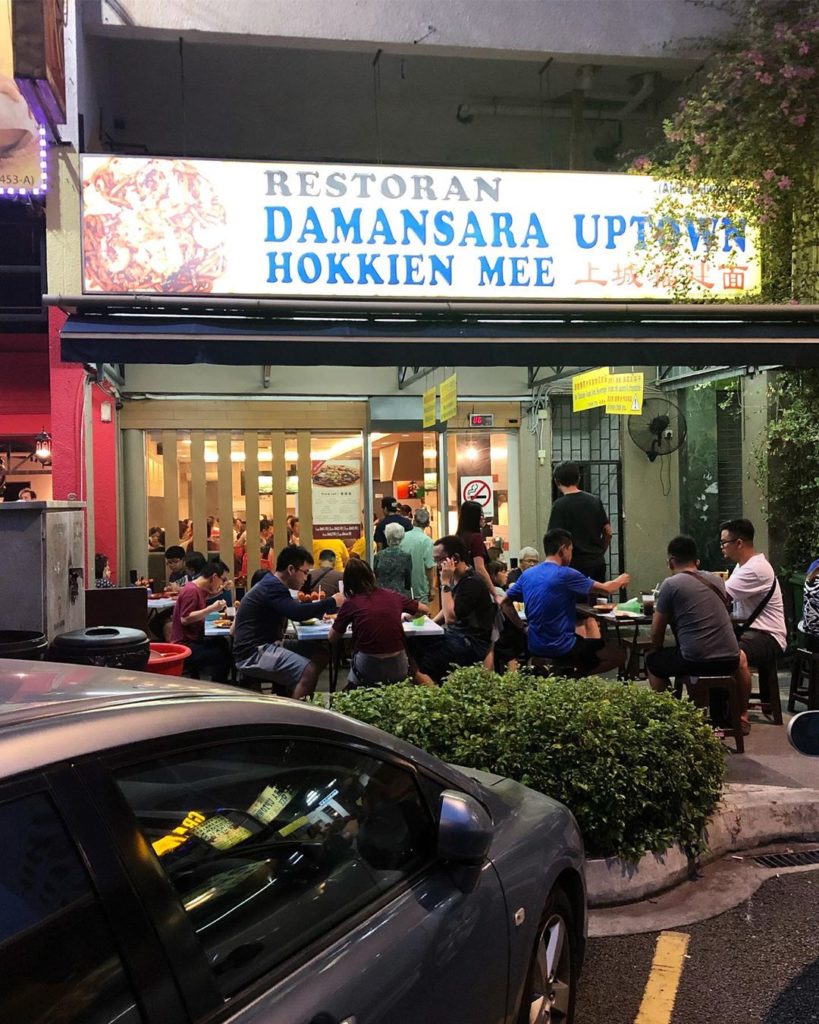 Most hawker stalls on the list are not quite as accessible as this particular outlet in Damansara Uptown. It’s a pretty popular one, evident when night falls and the foldable plastic tables extend beyond the shop itself and out onto the parking area by the roadside. It really is quite an experience. As for the noodles, they’re noteworthy enough to make the trip there. Customisation is key here, so you can choose between three noodle options: the classic yellow noodles, yee mee (Cantonese egg noodles made from wheat flour), and mee hoon (rice vermicelli). If you like, you can even mix all three varietals in your Hokkien mee! Regular patrons cite the rich pork flavour and thick sauce as a reason for this place being their favourite, so you’re in good hands. 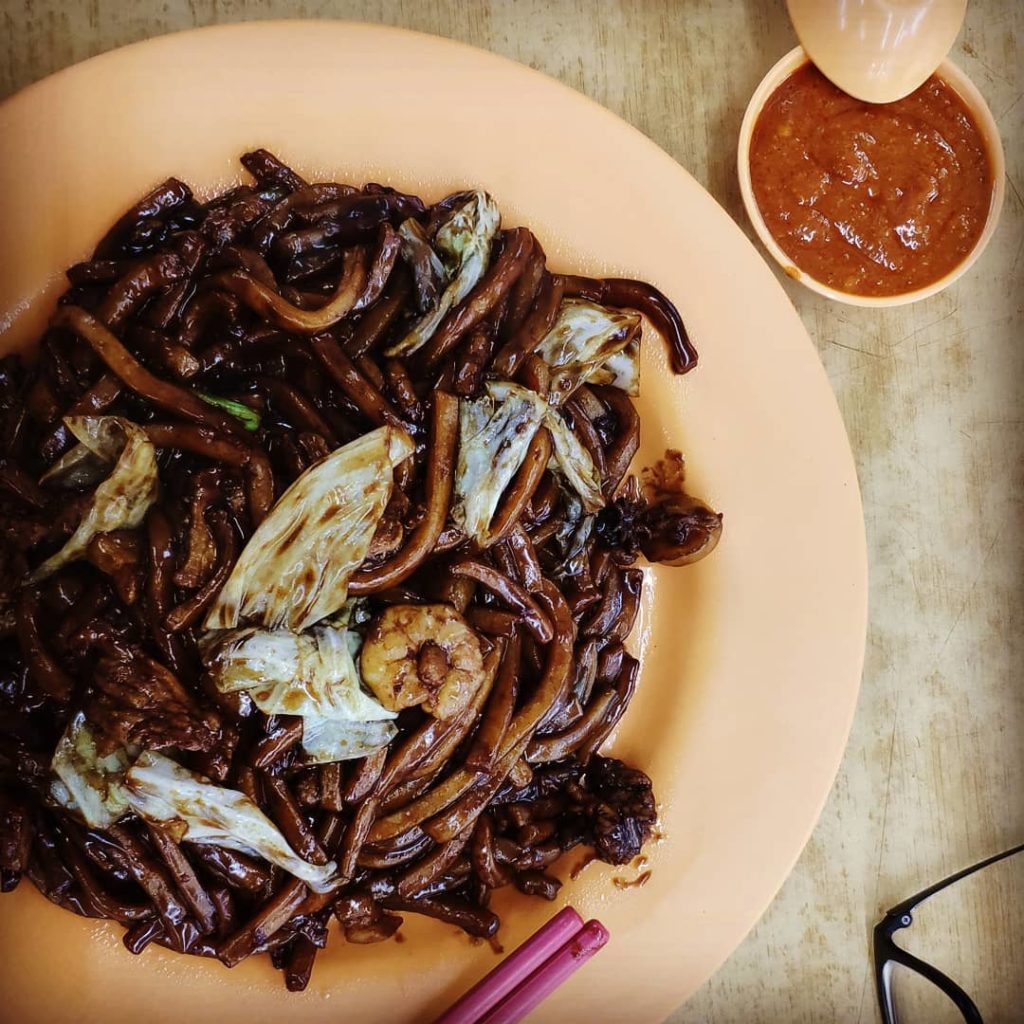 On the other end of the row of shops from Ahwa Hokkien Mee is a lesser-known, but equally as good store. While Ahwa’s fame extends beyond Malaysia and is known amongst tourists, Peng Yuan Hokkien Mee is where the locals go to avoid the crowd and have a peaceful meal. This place serves up both the classic style of Hokkien mee as well as a seafood version, depending on what you’re feeling for that night. 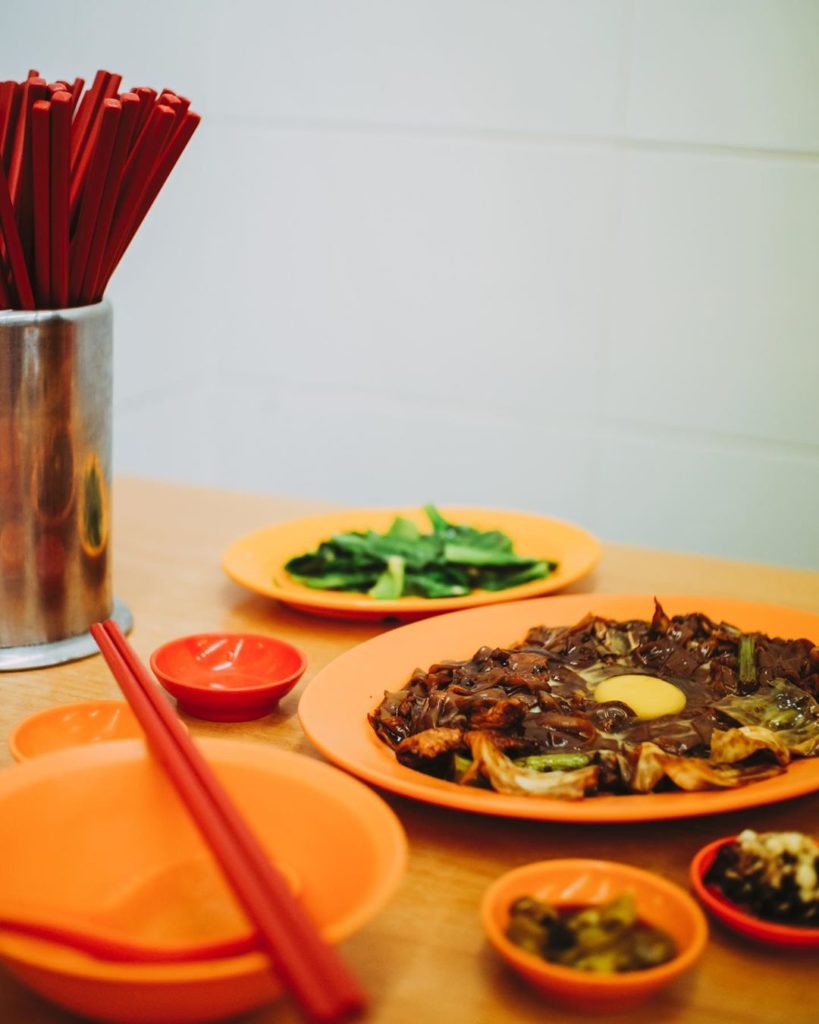 On the same row of shops as the Damansara Uptown Hokkien Mee is another known noodle place called Tiong Hokkien Mee. Most people switch between these two often, depending on which store has seats for them. Rest assured though, Tiong Hokkien Mee is equally as good as its neighbour, albeit slightly different in style. While the other store tends to have more abundance of sauce in its Hokkien mee dish, this place has a drier, less saucy finish for its noodles. This simply means that the dish was tossed around on high heat in the wok for longer, equating to a deeper char and wok hei. 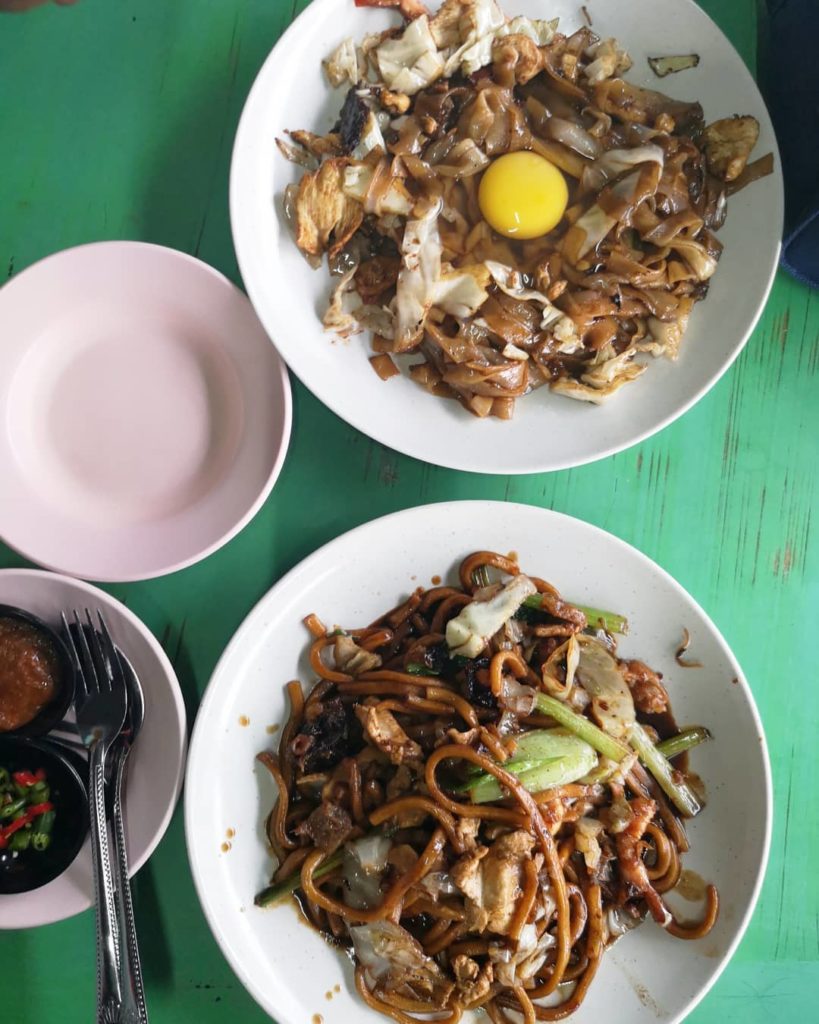 Purists will say that Hokkien mee won’t taste the same without pork, but the popularity of halal stall Ah Mang Mee begs to differ. Located in the old town of Petaling Jaya amongst a row of stalls in a hawker centre, Ah Mang Mee has been around for years and has a steady fanbase. In fact, most people have confirmed that the taste is no different from the regular non-halal Hokkien mee. The chef and owner are Chinese Muslim, and they replace the pork lard in the dish with deep-fried chicken skin, providing that same greasy flavour that we all love. As for the wok hei? Unmatched. 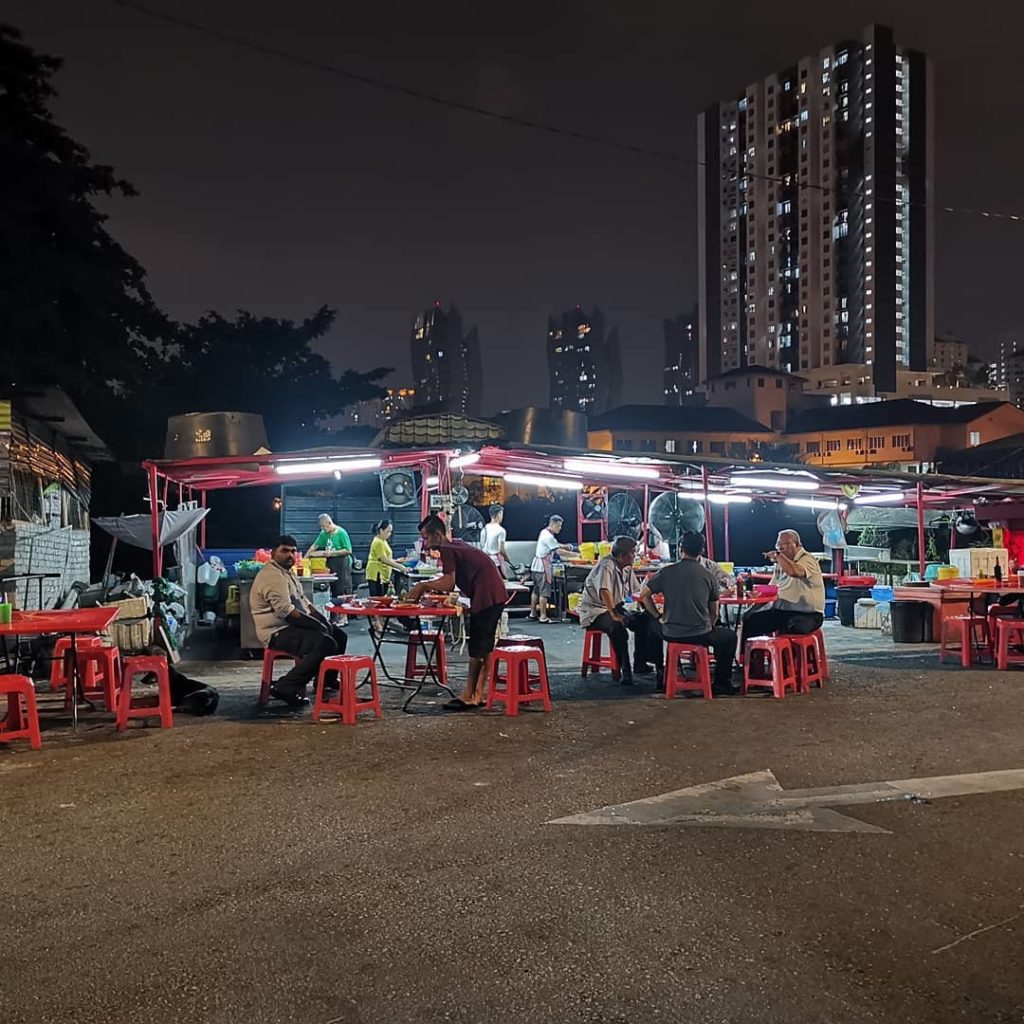 One of the best things about this restaurant is the dining experience. There is a physical store, but you definitely have to try sitting outdoors on the plastic stools and sample a plate of the restaurant’s Hokkien mee. Cooked over high eat and charcoal flames, the Hokkien mee here is full of flavour. It’s also pretty popular, so expect a crowd during regular dinner hours. 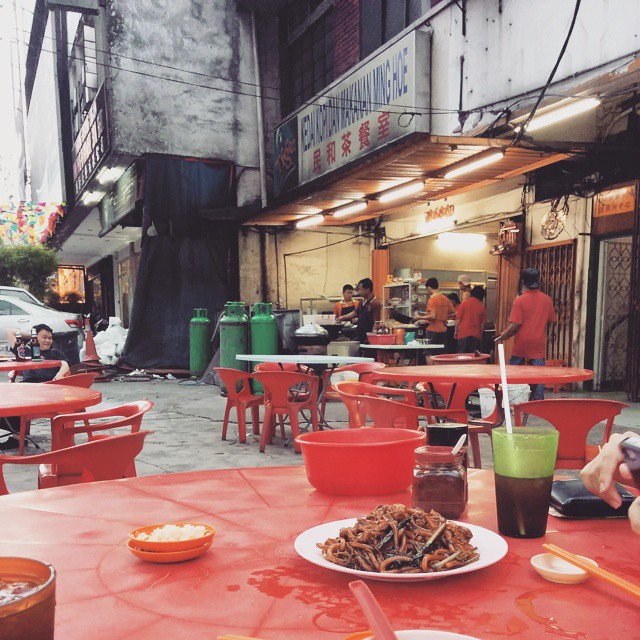 Jalan Ipoh is home to many good eateries – naturally one of them includes a Hokkien mee, which also happens to be one of the best in town. Ming Hoe, as the locals call it, has been around for many years – two decades, to be precise. The store is not the prettiest and the hygiene questionable, but you can be sure that the plate of noodles you’re served is going to be the best. Be sure to also order the fish cake, which is apparently favoured by regular patrons. 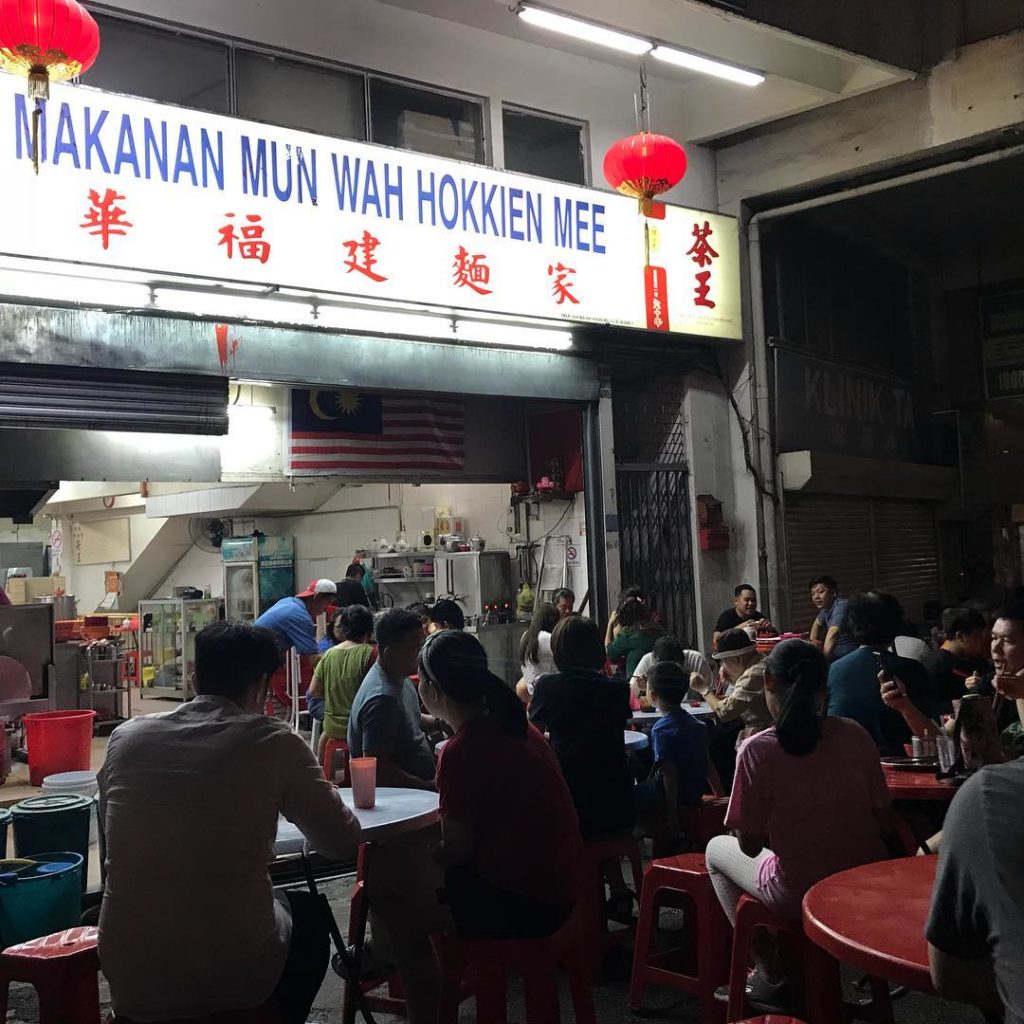 You’re looking at what might possibly be the oldest Hokkien mee store in KL. It’s a popular place with regular patrons that have been going back for decades, just to have a serving of that deliciously charred Hokkien mee. The chef still maintains the traditional way of cooking – over a charcoal-fuelled fire on high heat – hence the dish has great wok hei. The restaurant serves other types of fried noodles and made-to-order Chinese dishes as well, but it’s definitely the Hokkien mee that’s a staple here. 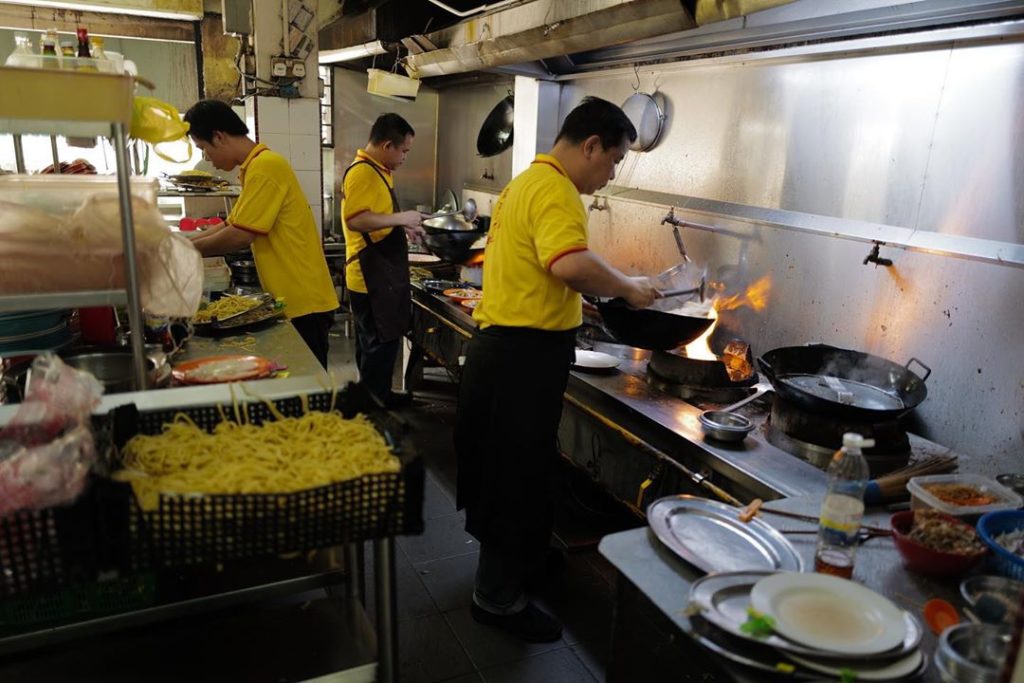 The restaurant may be of a Teo Chew heritage but the Hokkien mee here is also noteworthy. Even better, the noodles are made from scratch, so they may be devoid of the alkaline smell that usually lingers after having regular factory-made yellow noodles. Because the noodles are freshly made, it has an incredibly springy and chewy texture, making for a great plate of Hokkien mee. Still hungry? Try the other Teo Chew fare in the restaurant, including its iconic pastries.

Malaysian food hokkien mee street food kl
PohNee Chin
Associate Editor
Poh Nee is the associate editor and writes about travel and drinks. When she's not living out her holiday dreams via Google Earth and sipping on an Old Fashioned down at the local bars, you can find her snug at home bingeing on Netflix and mystery fiction.
Travel Drinks

These hotels have the best modern European restaurants in KL