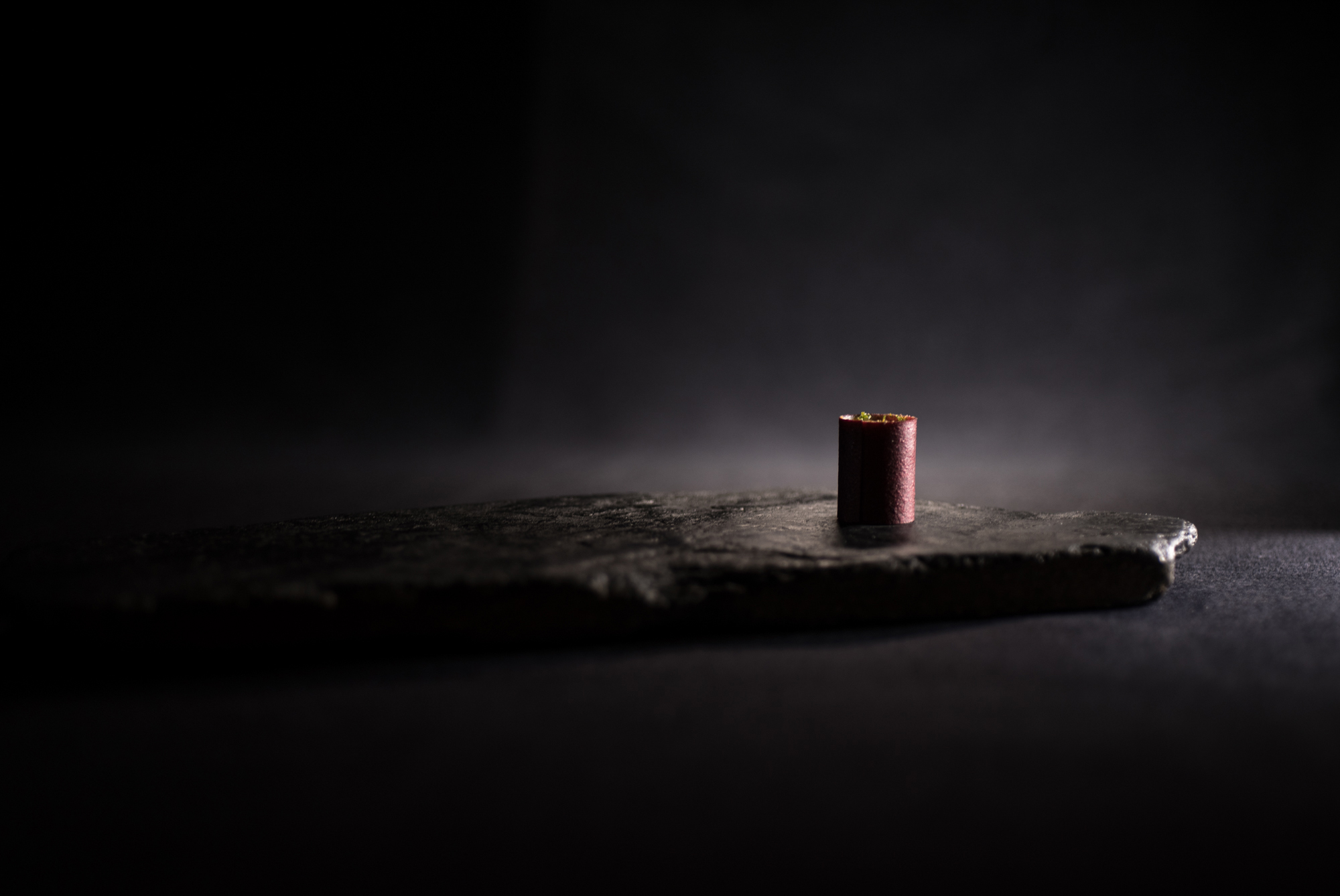 Three years ago, heading to a fine dining restaurant would not be complete without the usual suspects of luxury ingredients: truffles, caviar and foie gras. This trio stood on a pedestal for its price and sheer novelty — at least in this part of the world.

Today, that notion of what makes a luxury ingredient has shifted; imported ingredients from Europe has suddenly fallen from grace. That’s thanks to a growing movement around the world of restaurants from Noma in Copenhagen to Locavore in Ubud, preaching the gospel of using local ingredients and working with local farmers.

That’s no different for chef Darren Teoh, whose own establishment here in Kuala Lumpur seeks to put endemic produce — or ingredients which are either native or naturalised to the land — on the dining table.

“Most of my cooking was with Les Amis [in Singapore] and it’s very French — we rely heavily on jus and cream and butter,” explains Teoh. “These are things that are super tasty but when I started to taste things in my own backyard and in the local markets, I realised that there’s so little I knew.”

“It excites me that these are completely new ingredients that I have no reference point for,” he adds. “There’s no reason why produce like ours should not make it on a plate in the most interesting way possible.”

Yet what arrives on the dining table service after service are well-thought out dishes where pineapple is grilled and studded with ulam raja microgreens, where torch ginger flower petals and ketumpang air is delicately arranged on a bed of ice to assemble the prawn umai and chocolate made from foraged cocoa beans by the Temuan orang asli community is turned into a delicious dessert with a sweet jaggery ice cream.

But doing so has its challenges. Procuring enough supply is one part, convincing diners that these rare ingredients are worth paying for is another. We sit down for a chat with Teoh and find out what drives his labour of love.

Why did you decide to go this route?
It was something I was curious in myself and then I realised there’s so much to learn and do. There’s no reason why produce like ours should not make it on a plate in the most interesting way possible. We found that there’s huge potential in pushing these forward.

Why are these ingredients no longer in common use?
In the past 40-50 years, we’ve catapulted in economic status. Your eating habits change the wealthier you get and there’s always been this Western-centric view on produce. For instance, broccoli has to come from another country like maybe Australia.

For us, it’s an exotic plant — a novelty. So demand grew for that and so does the supply. From supply we move to production and that led to our habits changing and our diets changing. So all the sayur sayur kampung and the buah kampung all took a more suburban, or rural route.

Culture
Neighbourhood guide: What to eat, see and drink in Petaling Jaya

Is it challenging to get people to think that these ingredients are worth paying for?
Yes but it depends. We had Kristian Baumann of 108 in Copenhagen come up to cook with us and he stayed with us before that for a week. We drove through most of the central part of the peninsula, giving him cultural context so he could get a full immersion into the country. One of the things he noted, which I’ve already known for a long time was when he said “You know what, you’ve got a lot of vegetables here and they’re really funky. What if we just did a vegetarian menu?”

So we did it: 11 courses of about 17-18 dishes. And it was sold out. For me it was an extraordinary dinner since Malaysia doesn’t have dining experiences like this and to get someone with the kind of calibre like Kristian to come.

But we noticed that there were two types of guests. The first was when we managed to go to their tables and explain the background and explain how we put the menu together. We painted a beautiful picture. At the end of the day, they were extremely gratified because they saw the context of the Malaysian produce done by a world-renowned chef in a local restaurant.

Then there’s also the other group, whom we did not manage to go their tables. It’s not entirely their fault. It’s also ours because we did not complete the experience for them. They were the ones who wrote in to say that we paid so much for a menu that’s vegetarian. It’s quite clear that they didn’t get it.

So there’s an element of interactivity there.
Yes because what restaurants fail at is in refining the message. It’s very lofty what we’re doing and if we can’t transfer that message with a sense of humanism, people won’t get it. We’ll just be a restaurant with funky food that nobody cares about. If you’re going to go through all these extra steps, you must be able to transfer that message and do it continuously. It has to go to different crowds. There are very few restaurants that make it and do it extremely well, and those are the ones who are successful at gathering a following.

How do you conceptualise a dish with ingredients new to you?
I realised that it doesn’t work if you’re going to take an ingredient that grows in this landscape and force it into a mould that doesn’t reflect it. It means that we have to rethink our palates and that became even more interesting. We had some success in putting together dishes that were uniquely familiar but not.

Our sambals are not entirely like a real sambal, our keropok and crisps are just made in different ways. Sometimes we have to give people a language so everyone can comprehend it. Like our Umai, sometimes we call it umai for easy reference. But our prawns are brined, cut out and before it all goes out, then tossed into a green sambal which tastes like kencur — or white turmeric.

Does the umai dish use any endemic ingredients?
The kencur is one of them, and then we have ketumpang air which tastes citrusy, and then torch ginger flower. We also make a fish sauce using mackerel and mackerel guts.

Tell us more about the ketumpang air. When did you first come across it?
I saw it in a book on ulams and it was in there and then I was still teaching at that time and we decided to try and find this plant. I got the person who does our requisitions and I asked her to go find this for us. She was like, “uhhh what is this? What are you making me do?” Then she had a properly look at it and she goes, “you know what, this is something that grows in our pots.”

So she went home and found it in her pot and she brought it back. That was my first time tasting this and i was like holy crap. The thing is we couldn’t get a steady supply. So fast forward a few more years, I go up to A Little Farm On The Hill. We made a trip out because I wanted to take some stuff from them, and I saw all these weeds growing and they had no idea they were edible or that it tasted good. So I started buying from them.

Is it easy to get supplies for these things?
No it isn’t, it’s quite difficult actually. It takes up a lot of my time and I don’t get to spend as much time in the kitchen as I want to. For some ingredients there’s just no way to get them all the way here. I have to drive an hour and a half out, buy the ingredient and then come back. It’s easier than it used to be but that could be because we are finding more and more interesting ingredients, like oysters from Kedah.

Any examples of unsuccessful produce that you just can’t get any supply?There’s so many. We wanted to use more aboriginal stuff like daun semomok or selawan, but it’s just difficult to get. It’s hard to get a high grade jungle honey at constant supply for instance. It’s difficult to get them to do business, it’s a different business mindset.

What’s the underlying message you want people to know about using endemic produce?
We first need to know where we came from and knowing where the ingredients come from is very important. We are connected with where we are. Maybe we shouldn’t be eating vegetables that’s been sitting for a month in a cold room somewhere when you have access to vegetables that’s grown nearby by someone growing it responsibly. Because they grow so well in the environment then they don’t need pesticides.

Then go a step further: “Why do I need to eat salmon flown from three days away from another country when I have great fish here?”

From that question, you look at the fish that already exists and ask why is it that we only have six or eight types of fish when we’re flanked by both sides by sea. And then you make the decision to not just eat fish that’s common, but to look at different types of fish as well. And now that situation helps with the fishermen who don’t have to throw away half their catch. So it’s connected and you’ll see that you can come in from a health, an economic standpoint, even a social standpoint.

If there’s no demand for it then the supply will dwindle. People, instead of being consumers can also be considered as producers. I’m not saying that we have to go back 50-60 years ago, but wasn’t the system back then a good system? We were eating healthier and less concerned about dying of cancer because we weren’t eating pesticides and all that. We might have been hungrier, that’s possible but we ate better. That’s what we hope people want to realise. We hope this restaurant is a small part of that conversation.

KL Fine Dining in KL fine dining Q&A Restaurants in KL Dewakan Chef Interview local produce Chef Darren Teoh
Azimin Saini
Editor
Azimin Saini is the deputy editor and manages the team in Singapore and Kuala Lumpur. He writes about food and culture (mostly) and has been told the sound of his backspace is like thunder through the clouds. On a regular day, he has enough caffeine in him to power a small car.
Restaurant Review Chef Interview Entrepreneurs