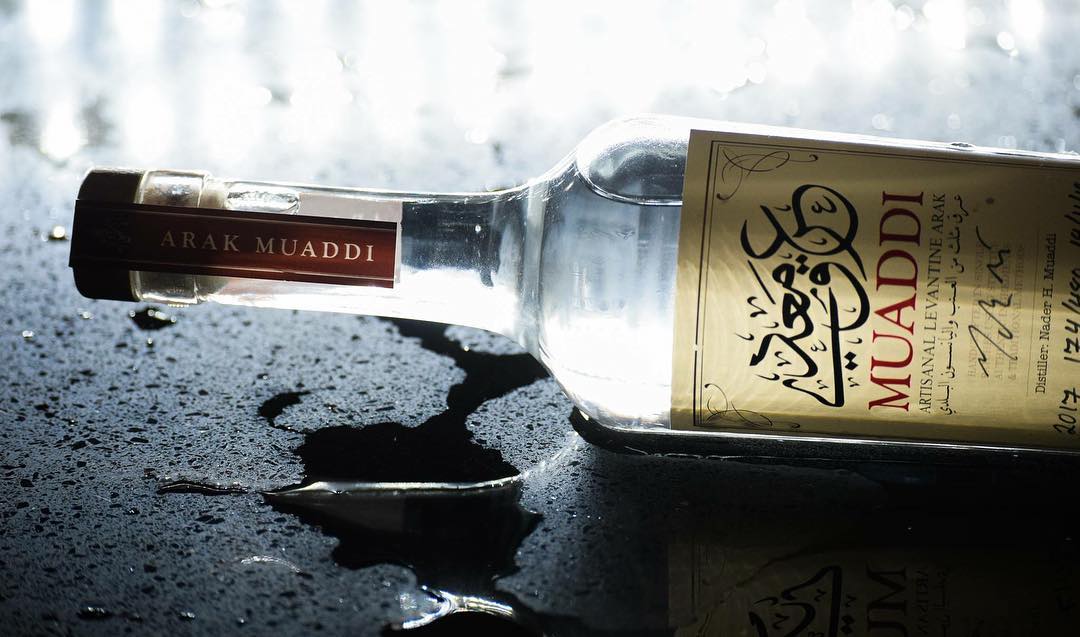 In his Bethlehem cellar, distiller Nader Muaddi made fewer than 500 bottles of his liquor last year but has won international accolades and now aims to help revive interest at home in the traditional drink.

On the outskirts of the city famed for Jesus’s birth, the 35-year-old illustrates the handcrafted way he makes Arak, an anise-flavoured drink popular in the Middle East and similar to Greek Ouzo, French Pastis or Italian Sambuca.

The cramped basement contains three small stills, six barrels and a testing area. All the grapes come from local farmers and he largely works alone, testing each barrel by hand.

This year, for the first time, he entered his Arak Muaddi in three prestigious competitions, going up against hundreds of others from across the globe.

In the London Spirits Competition, he took home a bronze medal in his category, while in New York he took silver and the Arak of the Year award.

And at the Berlin International Spirits Competition, he went one better and took home gold, as well as Arak of the Year.

In a small Palestinian Arak sector, Muaddi’s boutique spirit sells for 150 shekels a bottle (US$40, 36 euros) — significantly more than others on the market.

“I am very happy that out of my basement — using hobby equipment in the West Bank and all local ingredients — that I am able to go up against multimillion dollar operations and still dominate and beat them,” said Muaddi.
Bordeaux of Palestine

Muaddi, who was born in the United States and has dual American and Palestinian citizenship, said Arak — made with grapes and aniseed — was a staple growing up in the Arab community in the US. It is supposed to be sipped slowly with ice as an accompaniment to food, acting as a palate cleanser between dishes during long, lazy lunches. Most of what they drank in the US was produced in Lebanon, which has a significant Christian community and a vibrant alcohol sector.

In the Palestinian territories, where Christians now constitute only a tiny percentage of the population and non-observant Muslims are less common, the alcohol market is small. In production terms, there are just a handful of wineries, breweries and distilleries, and alcohol sales and consumption can, like other traded goods, be buffeted by events in the protracted Israeli-Palestinian conflict.

Muaddi, who works full-time for an international charity, said Arak production had declined decades ago and quality suffered. So, 10 years ago he began making his own Arak as a hobby, ordering how-to books on Amazon.

Gradually he developed his own blend, based on the triple distillation technique long used by his forefathers. “I want to educate people about how Arak was made in the past and how proper Arak should be made,” he said. His home is in part of the occupied West Bank under full Israeli control and a road connecting settlements to Jerusalem cuts through the mountain under his home.

Settlements are considered illegal under international law, though Israel disputes this. Farmers working in the area, which he dubs the “Bordeaux of Palestine” for its long history of grape and wine production, are regularly threatened by settlers, he said.

“A lot of times they themselves are subject to settler violence — sometimes they have their crop fields burned down, sometimes they have them cut up,” Muaddi said. “So it is kind of tricky trying to ensure supply.” Palestinian farmers regularly accuse settlers of destroying their crops, with rights groups saying some incidents are revenge following attacks on Israelis but others have little motivation other than to destroy Palestinian property. Israeli settlers charge that their crops are also destroyed by Palestinians.
Unlike any Arak

Despite the recent recognition, Muaddi’s remains a small-scale operation. Deliveries involve him packing a crate of six bottles into the back of his car and driving to a nearby store.

Steve Shahwan, who works at the Vodka & More shop in Bethlehem, said their biggest seller was whisky but Arak was gaining popularity due to a better selection being on offer. “Arak is something more traditional. People love it when they eat a large meal.” Shahwan said that the awards had helped raise interest in Muaddi’s drink, which he himself tried for the first time recently. He added: “I love it very much, it feels flavourful and clean — unlike any Arak I have tried in my life.”

And while Muaddi wants to use the buzz to grow — this year setting the target of 1,500 bottles — he doesn’t want to risk producing an inferior product. “I am not willing to grow at a pace where it would jeopardise the quality of my drink. I will always be focused on quality over quantity,” he said. “I want to produce the best Arak in the world.”
This article is published via AFP Relaxnews