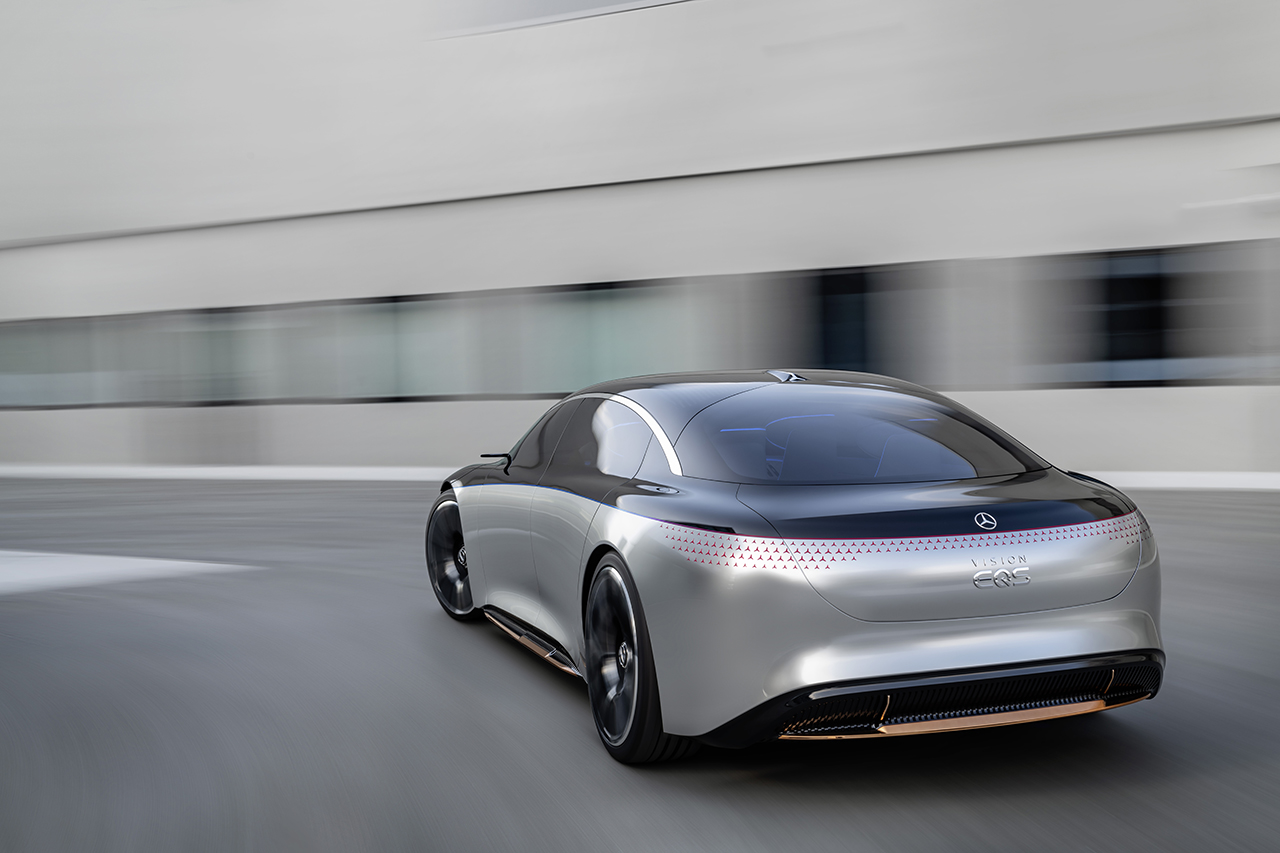 A first glimpse of the Mercedes-Benz Vision EQS Concept, releasing in the near future

Gear
A first glimpse of the Mercedes-Benz Vision EQS Concept, releasing in the near future
Share this article
Next article

Mercedes-Benz knows a thing or two when it comes to producing luxury cars. Over the years it has constantly rolled out updated models of its existing lineup of luxury cars while throwing in something new in between. The luxury automaker is all about innovation when it comes to its cars and nothing screams that more than the Mercedes-Benz Vision EQS Concept.

As for how fully-electric cars are these days, the Mercedes-Benz Vision EQS will feature full autonomy on the road. This means that it will control the driving for you from start to finish. However, the driver will still have to be on hand to respond accordingly while the car controls the driving functions. This is due to the myriad of sensors and radars to read various environmental factors around you to ensure a smooth drive is all that is needed.

Gear
Survive the apocalypse with these luxury armoured cars

Thankfully, there is more to the Mercedes-Benz Vision EQS than autonomy as the marque has promised that the car is just as enjoyable with the driver in control too. Its electrically-powered engine will push out 470hp alongside 560Nm of torque, which will also be torque-vectored to both axles for a sportier four-wheel-drive approach. It will also have a total driving range of 700km on a single charge while still going from 0-100kph in just 4.5 seconds.

The design of the Mercedes-Benz Vision EQS is already revolutionising how we view cars of the future. It’s seamless, organic shape is stretched to resemble the S-Class while its two-toned body comes with no visible door handles. There is also a thin, ambient ‘light belt’ that wraps itself around the circumference of the car. Both the front grille and rear headlights have also been completely redesigned; the former carries 188 individual LED lights while the latter has 229 at the rear, both of which are designed as tiny three-point stars, a nod towards the marque’s logo.

The Mercedes-Benz Vision EQS draws inspiration from luxury yachts for its interior, featuring sculptural seats alongside 360° ambient lighting. Its instrument panel is made out of sustainable, German-grown maple while its seats and trimmings are clad in artificial leather and fabrics made from recycled PET bottles and ocean waste.

It also draws an eerie resemblance to Tesla’s own interior cockpit designs, utilising a single large touchscreen panel to display any and all vehicle information on the centre console. The driver’s dashboard also appears to be monochromatic white while also doubling as a projection screen. Voice-activated controls are also set to become the norm to take control of the vehicle’s functions or via the centre console.

In the end, it is still a concept car that will probably never see the light of day. Mercedes-Benz, on the other hand, aims to carry forward many visual elements that you see on the Mercedes-Benz Vision EQS into its future production cars. By 2030, it promises to have about half of all Mercedes-Benz vehicles to carry some form of electrification.

Mercedes-Benz electric cars mercedes-benz eqc eqc concept
Wi-Liam Teh
Senior Writer
Wi-Liam is a geek at heart with a penchant for tattoos. Never without a drink in hand (preferably whisky, gin, or Guinness), he is also a writer by day and a keyboard warrior by night. On his day off, he masquerades as a streetwear and sneakerhead enthusiast while his bank account says otherwise.
Tech Cars Watches