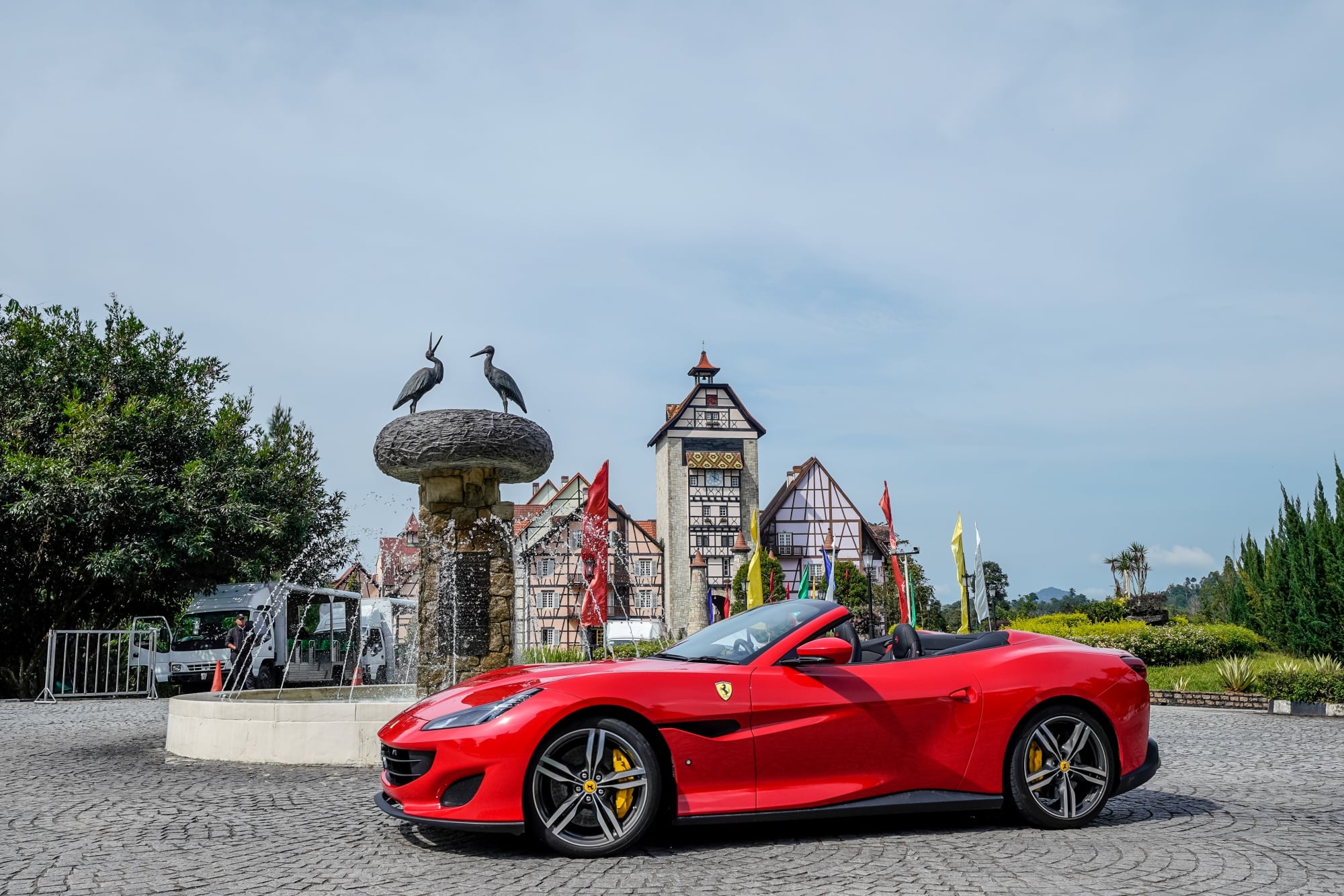 You will get many firsts in your life; the first time you fall in love, first heartbreak, and so on and so forth. These are the type of first times one should cherish because it only comes around once. Chances are, trying to repeat the feeling of raw emotion and intensity is nearly impossible. One such first time experience is when you sit behind the wheel of a Ferrari, and not just any other Ferrari in fact — it’s the Ferrari Portofino.

The car is named after the Italian fishing village and holiday resort, known to be popular amongst travellers and tourists alike. It made its grand debut during the 2017 Frankfurt Motor Show, which was also where Ferrari announced that it will be succeeding the California T. This is usually how Ferrari operates; the GTC4Lusso T is also the direct successor to the Ferrari FF.

The first time you step into a Ferrari is like nothing else you will ever experience. Ferrari has been around for close to a century and it has always been known to carry an air of elegance, luxury, and panache. Whether it’s the 812 Superfast, the LaFerrari, or even the Enzo, each and every Ferrari comes with its own identity. This in turn gives off a different vibe and emotion if you’re stepping into it for the first time.

For the design language of the Ferrari Portofino, the people over at the Italian stallion company decided to keep to the similar aesthetically pleasing contours and curves from the California. It’s still sleek, sharp, and elegant all around with the signature dual round rear tail lights to boot.

Gear
5 one-off Ferraris you have never heard of

Once you’ve accustomed yourself to the steering wheel, you’ll start to notice just how comfortable the leather-clad seats are. It is arguably much wider than regular sports car bucket seats but still with a snug fit to keep you comfortable for long-distance excursions or even when you’re racing through the corners.

Speaking of racing through the corners, that is exactly what the Ferrari Portofino is made for. At the belly of the beast lies the 3.9-litre twin-turbocharged Ferrari F154BD V8 engine. This is the exact same engine resting in the Ferrari GTC4Lusso T, which has won the International Engine of the Year award for three consecutive years in 2016, 2017, and 2018. It pumps out 591hp and 760Nm of torque alongside a top speed of 230kph while doing 0-100kph in 3.5 seconds and 0-200kph in 10.8 seconds.

The Ferrari Portofino was made to be driven at breakneck speeds. It handles sharp corners and turns like a hot knife through butter while tearing through the streets with its iconic purr of the Ferrari engine. The car also features its own shift paddles on the sides of the steering wheel with its own manual driving mode.

What makes driving the Ferrari Portofino so sublime is due to the electronic upgrades within the car, which is also used by Ferrari’s own Formula 1 team. When pushed to the absolute limit, it will react more like a track car rather than your everyday grand tourer.

Of course, the Ferrari Portofino also doubles as a convertible, allowing you to fully utilise it in both ways. If you want the wind in your hair, a simple tap of a button and its hardtop roof will be folded back into the rear of the car.

All in all, the Ferrari Portofino is a beast worth investing in. It’s fast, comfortable, and an all-round modern-day sports car with an edge.

Portofino Prancing Horse Grand-tourer
Wi-Liam Teh
Senior Writer
Wi-Liam is a geek at heart with a penchant for tattoos. Never without a drink in hand (preferably whisky, gin, or Guinness), he is also a writer by day and a keyboard warrior by night. On his day off, he masquerades as a streetwear and sneakerhead enthusiast while his bank account says otherwise.
Tech Cars Watches