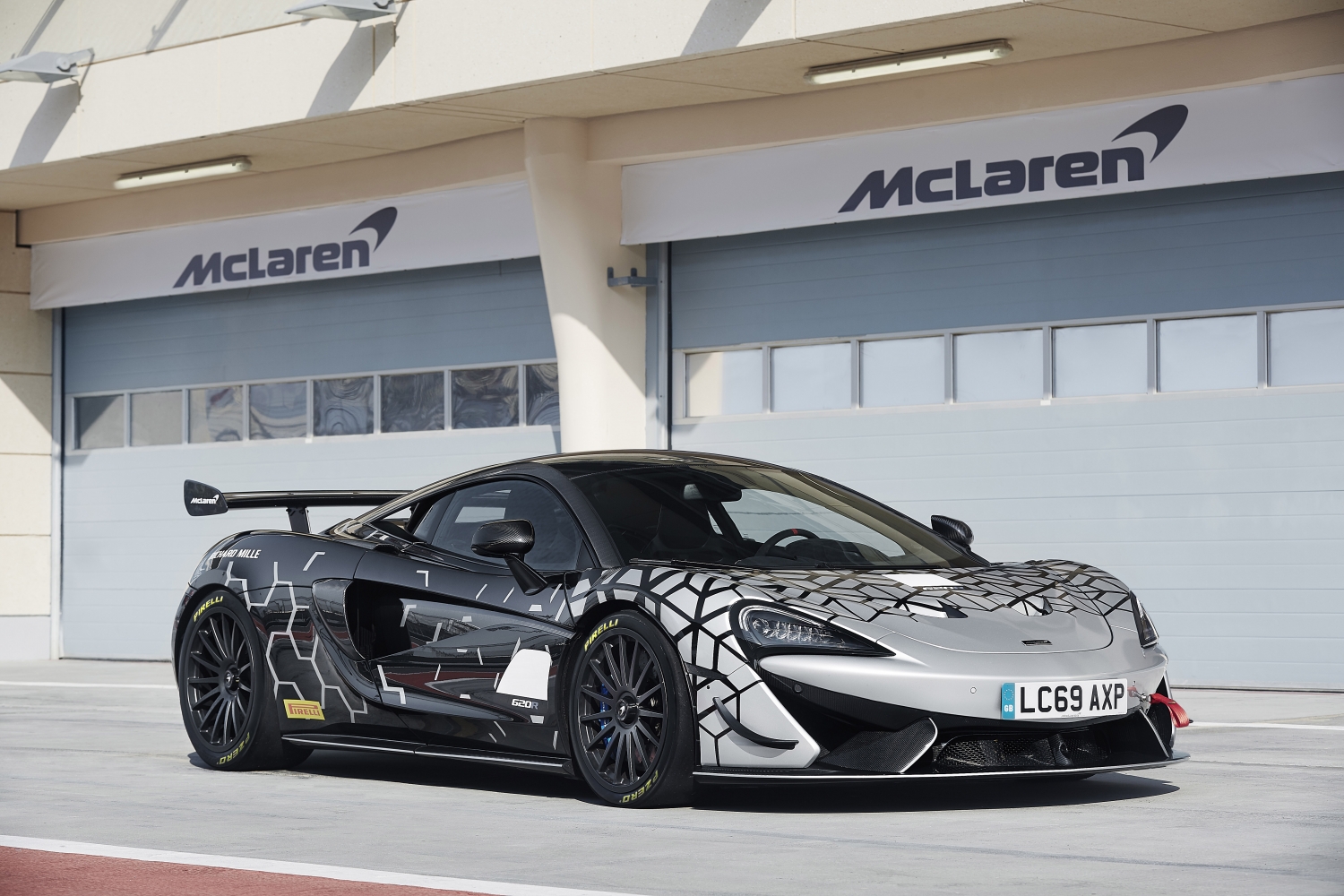 Christmas is coming and the boys in Woking are the gifts that keeps giving. Not quite satisfied with merely launching the track-only Senna GTR, several special-edition models, the 600LT Spider, and the Elva, it’s also unveiled the 620R, its most hardcore road-going Sports Series car ever made.

Coupled with the fact that it’s been smartly marketed as the road-going version of the brand’s 570S GT4 racing car, and it’s easy to see why the 620R will no doubt be on plenty of wish lists this year. Because there aren’t any rulebooks and regulations holding it back, the car produces a hearty 611hp and 620Nm of torque effortlessly from the familiar twin-turbo 3.8-litre V8 — that’s 49hp and 20Nm more than the standard 570S.

Paired with McLaren’s seven-speed gearbox, its performance figures are well within hypercar territories; the 0-100kph sprint takes only 2.9 seconds, but keep your foot down and you’ll hit 200kph in 8.1 seconds, before the car maxes out at 322kph.

Yet it is its curb weight that really deserves the biggest shout-out. Even with all its coolants and 90 percent of its total fuel capacity, the 620R only weighs in at 1,386kg. Its Ferrari competitor, the F8 Tributo, on the other hand tips the scale at 1,400kg dry.

Unfortunately, the limited-run coupe will be available in 350 examples, so not many will be lucky enough to see a key lying beneath the Christmas tree. The car comes with standard Pirelli P Zero R semi-slick tires, but a set of full-slick tires are on hand should you wish you pay your nearby track a visit.

In typical McLaren fashion, the 620R has special exterior finishes that would make your special edition even more conspicuous, though MSO will gladly oblige any other colour — and livery — you’d prefer.  If you’re tempted, better hit up your local dealer soon; you’d be lucky if they still had any left during this time of giving.

McLaren Motoring Sports Cars limited edition cars
Shatricia Nair
Senior Writer
Shatricia Nair is a motoring, watches, and wellness writer who is perpetually knee-deep in the world of V8s, tourbillons, and the latest fitness trends. She is fuelled by peanut butter and three cups of coffee a day.
Motoring Wellness Watches

Style
9 of the best fashion moments from the Grammys 2020 that we absolutely loved
Food & Drink
Japanese chef Kei Kobayashi makes French history and joins three-Michelin-starred rank
Gear
Take a look at Bentley’s new flagship, the Flying Spur
Food & Drink
Where to get the best plate of Hainanese chicken rice in KL & PJ
Style
All the fashion moments from the Grammys 2020 you need to know
Style
Audemars Piguet releases its first complicated Royal Oak, designed with input from a watch influencer
Style
The most beautiful wedding gowns we saw at Paris Haute Couture Week 2020
Travel
Visit the 6 real-life locations in Japan that inspired Studio Ghibli films
Living
NBA legend Kobe Bryant passes away at the age of 41
Sign up for our newsletters to have the latest stories delivered straight to your inbox every week.

Take a look at Bentley’s new flagship, the Flying Spur