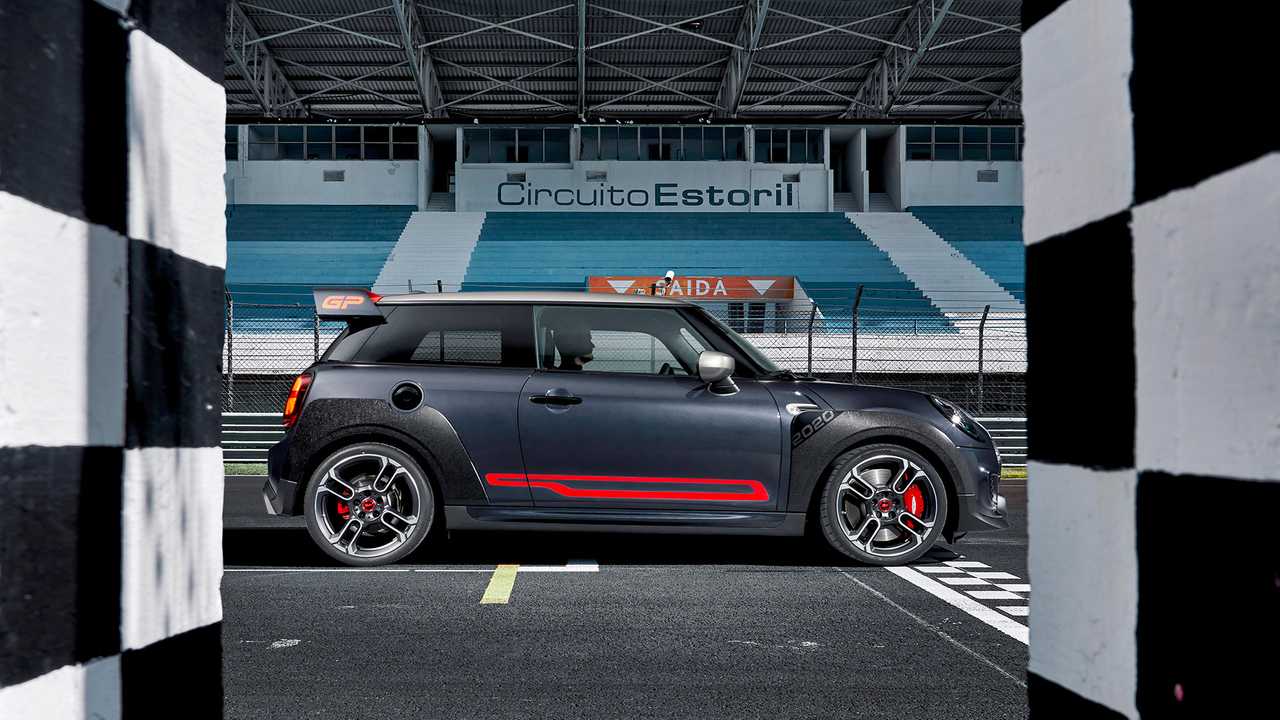 There will soon be a limited-edition, high-performance Mini John Cooper Works GP

Gear
There will soon be a limited-edition, high-performance Mini John Cooper Works GP
Share this article
Next article

In 2006 and 2013, small series editions of the Mini John Cooper Works GP were launched in limited runs. And now, at the LA Motor Show, approximately seven years after the most recent version was released, the company announced that the GP name is making yet another return — this time, as the fastest production Mini ever made.

While staying true to the iconic John Cooper Works body form, the brand enhanced the exterior with motor-sporting-inspired power and flair. The 2-litre turbocharged engine generates 306hp, propels the model from 0 to 62mph in 5.2 seconds, and pushes the top speed to 165mph. In an effort to keep the model lightweight and the performance high, the company decided to omit a back seat.

As the model has been created for both the road and the track, a brand-new temperature management system was designed especially for the GP, using racing expertise. Even when pushing the Mini Cooper to its limits, the engine will remain at its optimum operating temperature.

The sound of the exhaust system when the vehicle is reaching higher speeds has been tuned to emphasize the GP’s “extremely sporty character” and contribute “to the performance experience for driver and passenger.” On the inside, the driver and passenger are protected from excessive sounds thanks to reduced acoustic insulation.

Like the spoiler and the various elements on the exterior, the interior is accented by Chili Red details that represent the model’s sporty character. Various components have been 3D printed like the aluminium shift paddles on the steering wheel and the steering wheel clasp. These features demonstrate the way that this technology can be used to create “entirely new forms of design style that were not previously possible using conventional tools.”

Three thousand units of the Mini John Cooper Works GP will be produced, and delivery will begin in March of next year. The LA Motor Show is open to the public from November 22 to December 1.