Cole Sprouse makes travelling look like a load of fun with a leather varsity jacket paired with a striped shirt, maroon trousers, and finished off with a pair of Chelsea boots. In the background, you will notice Lili Reinhart, Sprouse’s co-star on Riverdale. Nothing shouts minimalist and stylish than a pinstripe suit paired with a black shirt on the interior layer. Sprouse does well to add a dash of colour via his black leather belt with a gold buckle to give his entire outfit balance without looking too bland. 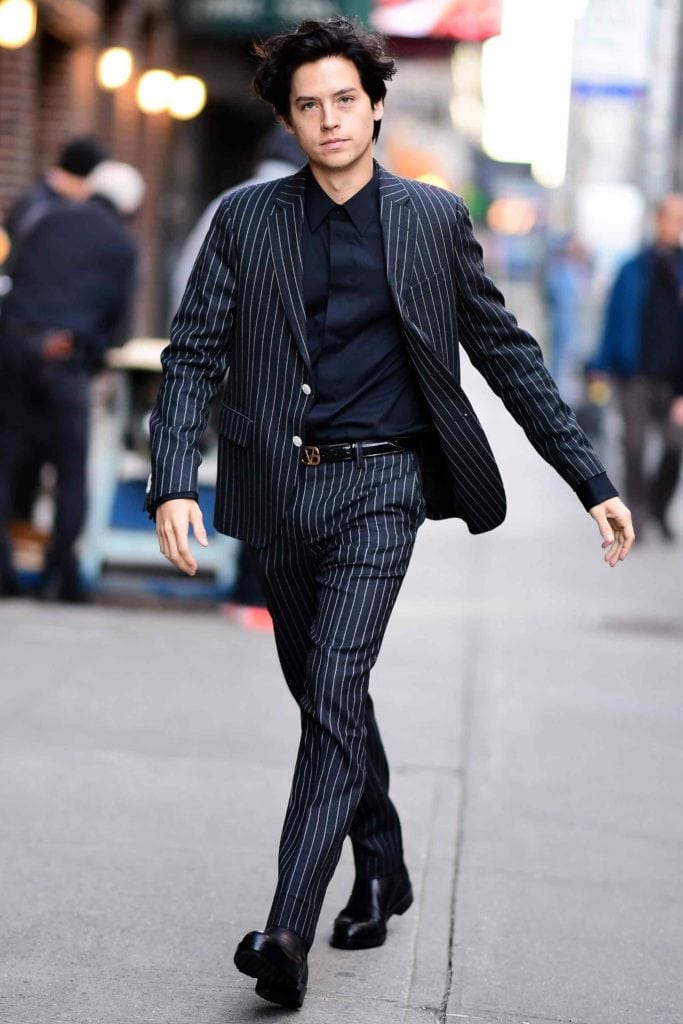 If there were ever a couple who seem to fit together perfectly, it is both Cole Sprouse and Barbara Palvin. The two turned out at the BOSS Womenswear and Menswear fashion show in New York earlier this year with subtle hints of matching colours with his maroon corduroy trousers to go with her maroon bag and heels. He ends the ensemble with a white turtle neck and a black leather jacket. 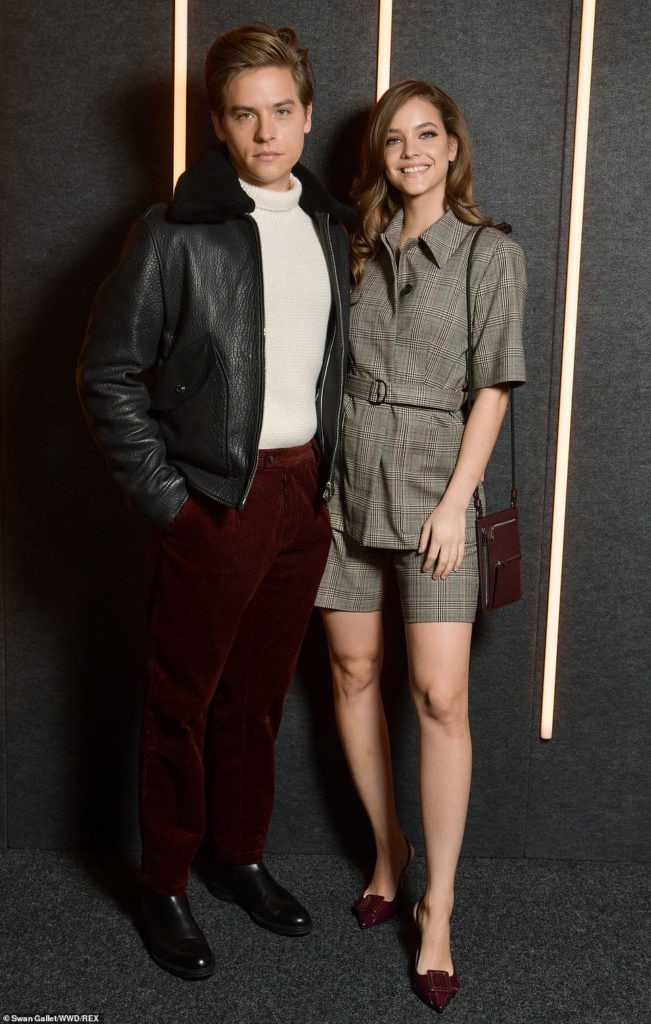 Dare we say, this is arguably his best look by far in this lookbook as he brings new meaning to casual high fashion. The white tank top is from Boss; the floral shirt is from Dior Men and the pants is from Dsquared. Sprouse also ensures that he has enough accessories to go with the outfit without making it look overwhelming as he pairs it with Breguet watch, a bracelet from A.P.C, and the necklace from David Yurman. 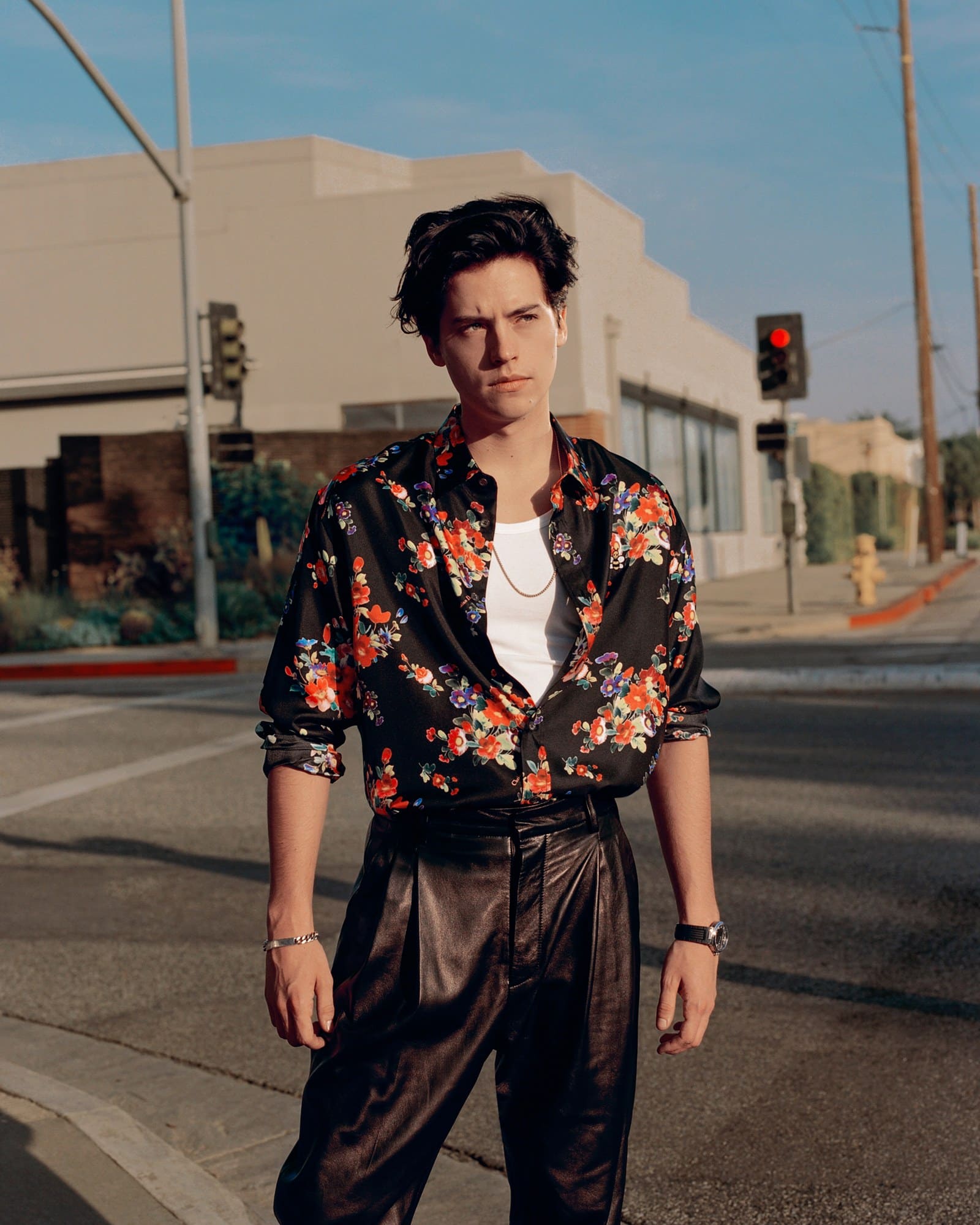 However, when he’s in front of the camera, that is when another side of Cole Sprouse comes out. Aside from his usual casual attire, he opts for a light brown jacket from Gucci, a silk grey shirt from Boss, striped pants from Etro, and to complete the look, a Patek Philippe on his wrist. 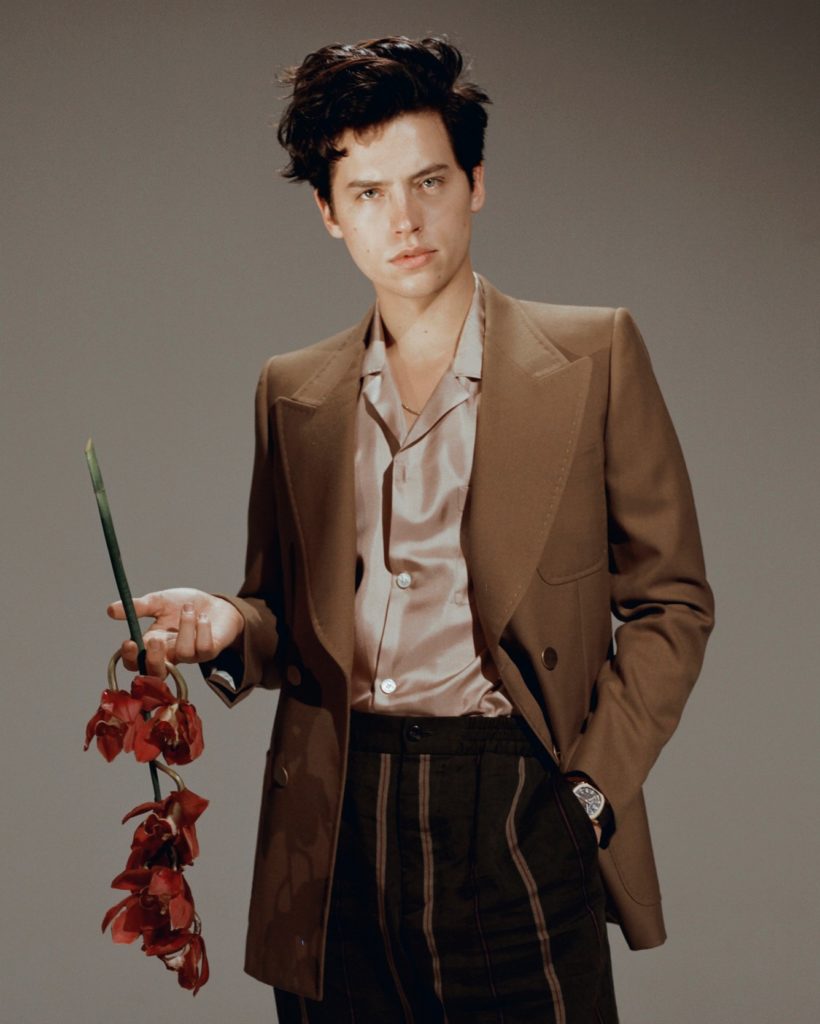 Steal his style: Cole Sprouse rocks casual wear better than anyone else

Steal his style: Cole Sprouse rocks casual wear better than anyone else

Style
Steal his style: Cole Sprouse rocks casual wear better than anyone else
Share this article
Next article
Very rarely do child stars make it out unscathed from the cold embrace that is the glitz and glamour of Hollywood. Over the years, we have seen plenty of child stars fade away into existence due to the enormous pressure that have been set on them by producers, directors, critics, and fans alike. One such star that has managed to keep his feet planted firmly on the ground is Cole Sprouse. Most known for his breakout television roles from the hit Disney show 'The Suite Life of Zack and Cody' alongside his twin brother Dylan Sprouse, Cole has since gone on to become more than just your typical Disney star. As he has grown to become more mature, so did his sense of fashion, which takes after your typical Californian laid-back vibes. While he still rocks suits and formal wear when walking the red carpet, Cole is known to bring out the modern-day rockstar look with just a dash of panache. Plus point, he is also an avid photographer and has already shot for the likes of Teen Vogue and W Magazine, to name a few. Here are some of our favourite looks. 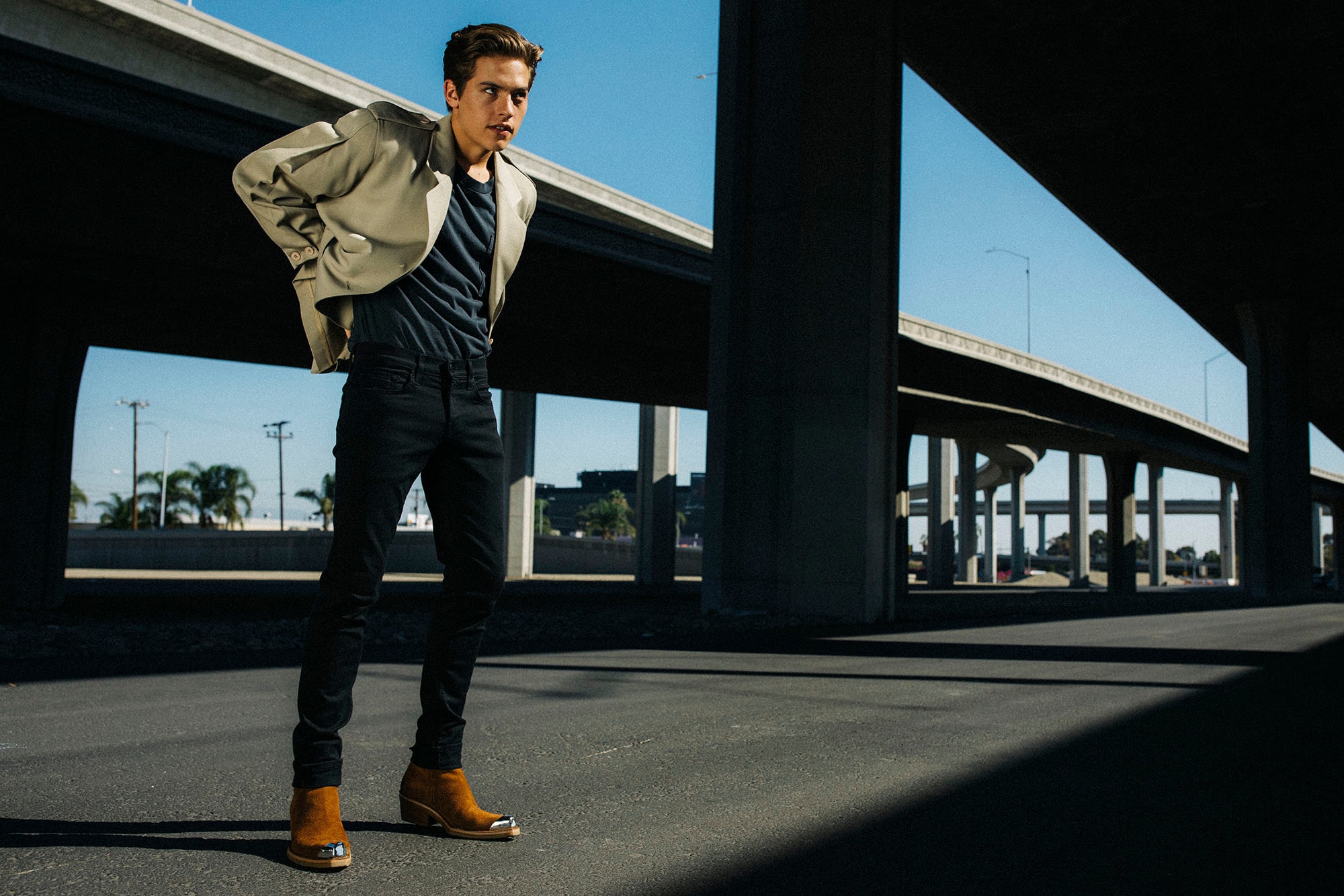 Start slideshow
Menswear Steal His Style casual wear cole sprouse menswear fashion
Wi-Liam Teh
Senior Writer
Wi-Liam is a geek at heart with a penchant for tattoos. Never without a drink in hand (preferably whisky, gin, or Guinness), he is also a writer by day and a keyboard warrior by night. On his day off, he masquerades as a streetwear and sneakerhead enthusiast while his bank account says otherwise.
Tech Cars Watches