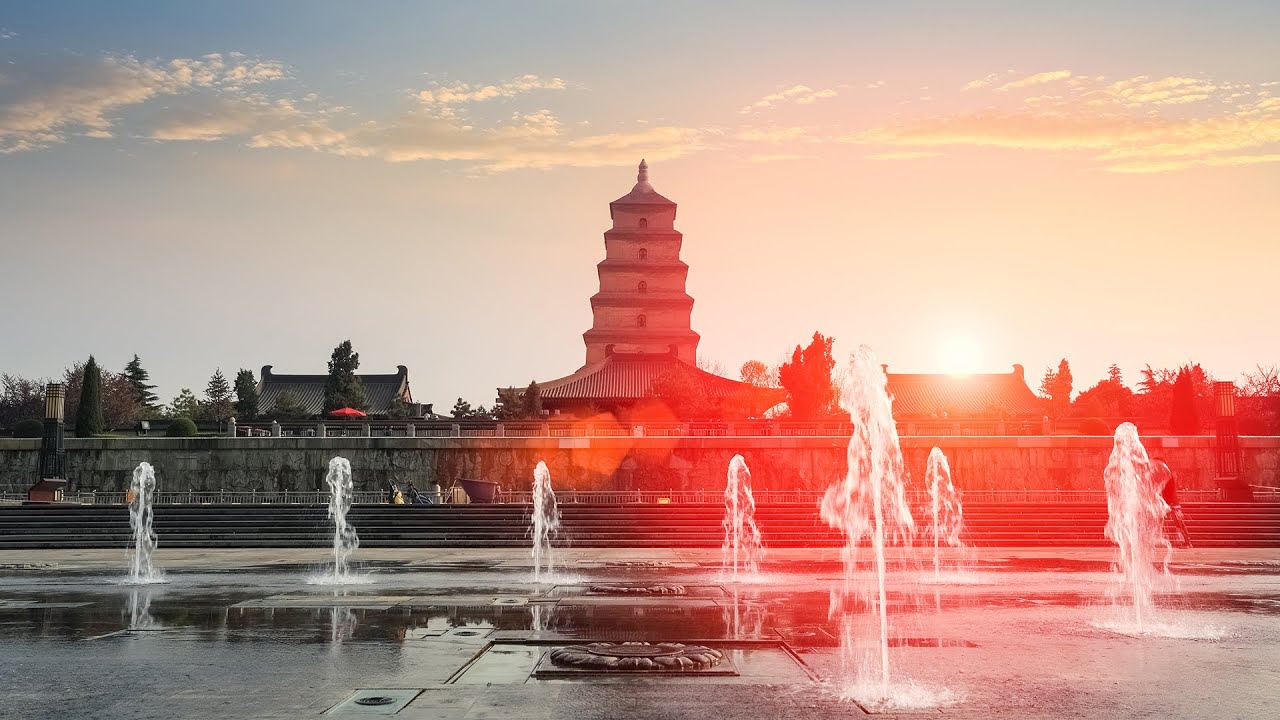 Xi’an is easily eclipsed by the monstrosity of avant-garde buildings, the gastronomic scene and touristy attractions of mainstream populous cities like Beijing, Shenzhen and Shanghai. Despite it being under the radar even until today, Xi’an is ranked China’s second top tourist destination after Beijing.

Located in north central China, Xi’an is often called the birthplace of Chinese civilisation and is steep with ancient history. It is also very close to Tibet, making it a great city to layover before heading off for a day trip or two to its neighbouring country. But what continues to attract visitors to this part of the world is its local cuisine, pleasant weather all year long throughout the four seasons and a growing hipster culture.

If you’ve exhausted the list of cities to visit in China, consider Xi’an next.

Travel
Check out: Chengdu is more than just a city of giant pandas

Xi’an is home to the iconic Terracotta Warriors. It is also the start of the Great Silk Road and where ancient Chinese civilisation begins. The history and folklore tales are tremendously interesting and entertaining at the same time if you really delve into it. That said, it comes of no surprise that visiting temples and other historical sites tops the list of things to do in Xi’an.

If you have time, you may want to do a full tour with an archaeological expert to truly understand in depth of the enthralling history behind the Terracotta Warriors. History buffs will also enjoy walking or cycling along the city walls of Xi’an that were built in the 14th century. For the uninitiated, all cities in China were walled and most of these including Beijing’s were tore down during the Cultural Revolution. The ones in Xi’an, the oldest of China’s four ancient capitals, are the only one still standing. The 14-km walk offers panoramic views of the city and a great insight into fables, history and more.

You can also head over to the Giant Wild Goose Pagoda, the most popular Buddhist temple here. The architecture is old world, especially with its majestic tiers. Wander around the manicured gardens outside or walk into the temple to learn about the history of Buddhism in Xi’an.

At night, make your way to the Drum and Bell Tower that is located right in the centre of the city. This iconic landmark connects the city’s four gates and is the main attraction in old Xi’an.

Xi’an also has the largest Muslim population in China, and that beckons a trip to The Great Mosque which is located within the Muslim Quarter. The architecture combines Western mosque designs with strong architectural philosophies of Eastern temples, making it a harmonious marriage of cultures and religions in the region.

Culture
The history and reinvention of hutongs, a dying architectural typology in China

Like visiting every other Chinatowns in major cities around the world, one has to make a stop at the Muslim Quarter in Xi’an to experience the vibrant spirit of the city through food. Here, the atmosphere is bustling with flashing signs and people beelining food stalls on every corner. Look around and try the street food here, whichever that tickles your fancy.

Unlike other cities in China, the food in Xi’an is heavily influenced by its Muslim community. Food history here is extremely interesting to dive into, especially if you’re a serious foodie.

What to eat when you’re at the Muslim Quarter? Look for cold noodles or liangpi. It’s a simple noodle dish tossed in chilli oil, pepper, vinegar and chopped garlic. The flavourful and spicy noodles are topped with bean sprouts, sliced cucumber, as well as beef, egg, apple and pear, depending on the vendors.

You may want to try dumplings in sour broth (suantang shuijiao) as well. A traditional recipe, mutton dumplings are steeped in a broth of cilantro, minced leek and sesame seeds. Flavour-wise, expect a tangy finish with a hint of spiciness.

And because Xi’an was once an important location at the start of the Silk Road, it is not surprising to find Middle Eastern and Persian influences in its cooking. The gastro town is also known for kabobs and pita bread soaked in lamb soup (paomo), that is a hot stew of chopped steamed leavened bread, cooked in a hearty lamb broth and a whole lot of ingredients.

Xi’an has a great mix of old and new. After venturing out to historical sites and old districts, head back to the city and stay in some of the most luxurious hotels Xi’an has to offer.

If you’ve been staying in different W Hotels around the globe, this is your chance to check in to the largest W in Asia Pacific. W Hotel Xi’an boasts exceptional architecture with interiors designed by Hong Kong design studio, AB Concept. Wake up in a luxurious guest room fit for royals, and enjoy the immersive space that’s both multi sensorial and interactive.

If you’d like to be near the Giant Wild Goose Pagoda and other historical landmarks, The Westin Xi’an is highly recommended. Designed by acclaimed architects Neri&Hu, the hotel is a standalone lateral complex that invites you to pause and switch off from the hustle and bustle. The hotel offers a wellness approach, which is perfect for those seeking inner peace while visiting this ancient capital.

Traditionalists would prefer staying at the Shangri-La Hotel Xi’an. The hotel overlooks a lotus take and is designed with strong Chinese architectural influences in mind. Situated in the central area of the city, Shangri-La Hotel Xi’an is also a great starting point for you to venture on foot around to beautiful landmarks in and around the area.

Never Leave without a Drink

Xi’an city may be the oldest in China but it’s not just about historic sights and traditional food. Xi’an has a burgeoning bar scene that offers true nocturnal vibe. Start with Park Qin with is the only bar that’s inspired by the Terracotta Warriors. There’s also a cafe and restaurant in the same property if you’d like to dine as well.

There’s also a hidden jazz bar that is extremely rare in Xi’an. The Carats Jazz Bar is a small but lively place to spend a night enjoying imaginative cocktails with friends or to meet people. But if you ask where do the locals go, it’ll be Vice Versa. The lively bar offers a cultural mix of east and west and is a popular hotspot for locals and expats.

China Travel Guide w xian Xi'an China
Martin Teo
Deputy Editor
Martin loves traveling the world to see ancient ruins and classical architecture. He enjoys the culinary experience of various cities but (still) refuses to eat anything insect-like. On a daily basis, he finds time hitting the gym to compensate for the amount of food he needs to eat just to write an article.
Dining Living Culture Travel Style Home

Kep Travel Guide: What to do in this southern Cambodia province