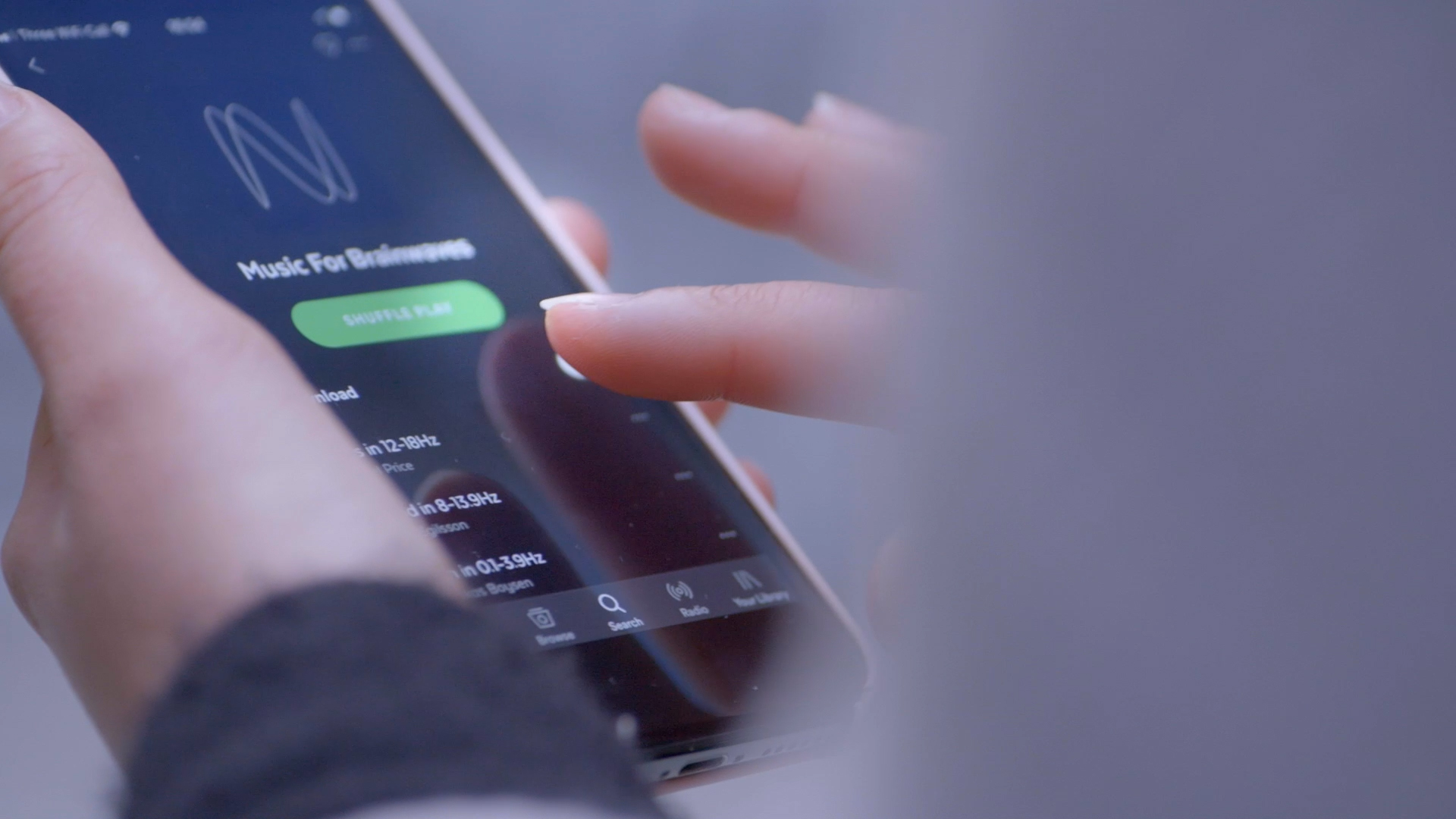 Hands up if you have at least a selection of Spotify playlists with ambient music designed to “reduce” your anxiety, a lo-fi chill beats playlist for focus, or nature and whale noises to calm you down. We won’t judge because we too are guilty of that. But while all these musical pieces have been touted to help you out with your moods, they’re not scientifically proven. Brainwaves, on the other hand, is.

What exactly is Brainwaves, we hear you ask? At its most basic level, it is a tool that combines the latest research in neuroscience and creative talent to help with three frustrating first-world concerns: sleep, anxiety, and concentration. But it really is an album that was two years in the making, resulting in three specially-written music tracks that will help the modern-day business traveller settle down during their transit.

Why we say Brainwaves is scientifically-proven to work is because thorough research has been done to create music which has specific frequencies that tap into different parts of our brain. Each of the three tracks utilises relevant tones, frequencies, and rhythms to affect the brain in a beneficial way.

According to CitizenM, it’s the first time that research like this has been created for public usage, available on Spotify and most major streaming platforms for just about anyone. Each track – Focus in 12- 18Hz, Ascend in 8-13.9Hz and Dream in 0.1-3.9Hz – is composed by Michael Price, Högni and Ben Lukas Boysen respectively.

If you don’t believe the science behind it, allow Soundscape Agency founder Oliver Humphreys to explain it simply: “Any piece of music or sound that we listen to has either a physiological or psychological effect on us. For example, when you’re sitting in a car and an alarm comes on – you’re not putting your seatbelt on – it’s a very specific frequency that is annoying, alarms you, and makes you respond.”

“We already know that we can respond to certain sounds on a daily basis in a positive or negative way. We wanted to work off that with great pieces of music that induce positive responses but in a more scientific way,” he continues. “What we were looking at are specifically three cognitive states: the ability to focus, state of sleep, and anxiety, which is obviously a state that people tend to suffer from more and more in today’s world.”

Here’s where CitizenM Hotels comes into play. If you’re familiar with the typical CitizenM setup, every electronic amenity in your room is controlled via the iPad. Previously, there was a “Moods” feature where you could set different ambient lighting according to a certain mood.

Now, CitizenM Kuala Lumpur will be the first property to introduce a new set of moods with Brainwaves. The reason is simple, according to CitizenM marketing director Maurice Ajanaku – it’s the newest property launched and thus has the latest technology equipped to support Brainwaves.

Along with the three pieces of music designed to target three cognitive states, the rooms will also have dimmed lights or ambient lighting to complement the music. When you, a business traveller, check in to the hotel, you’ll be able to seamlessly transition with the help of Brainwaves. Whether you want to focus and get some work done, relax after a frenetic day of travelling or prepare yourself for a state of sleep, just tune in to Brainwaves.

Listen to it here:

boutique hotels in kl CitizenM Kuala Lumpur citizenm brainwaves
PohNee Chin
Associate Editor
Poh Nee is the associate editor and writes about travel and drinks. When she's not living out her holiday dreams via Google Earth and sipping on an Old Fashioned down at the local bars, you can find her snug at home bingeing on Netflix and mystery fiction.
Travel Drinks