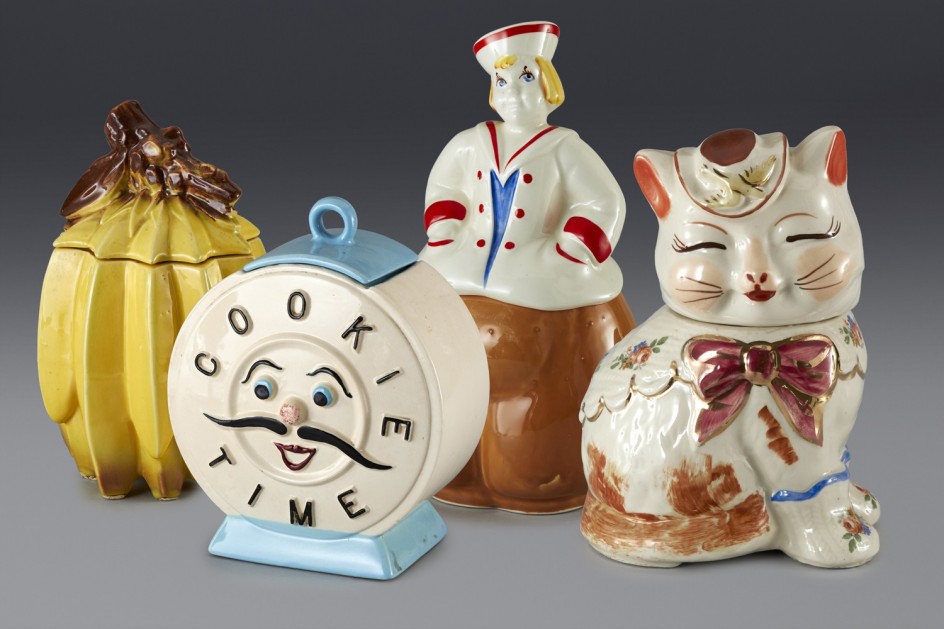 Andy Warhol may be best known for creating iconic pop art paintings of Campbell soup cans and Marilyn Monroe in the 1960s, but few know that the pop artist had an eclectic hobby: he collects cookie jars.

In fact, up to his death in 1987, Warhol had amassed 175 of them — ranging from jarringly happy clowns to cute puppies and lambs, mice, goats, Humpty Dumpty and a plump panda. So quirky was his habit, that he was once allegedly asked by Picasso once why he specifically collected cookie jars. The pop artist whispered back with a naughty-little-boy’s smile, “they’re timepieces.”

Warhol’s original collection was sold at Sotheby’s auction in 1988 to a single collector for almost a quarter of a million dollars. However, if you want to gift a piece of Warhol to a loved one, you’re in luck.

This festive season, Calvin Klein is launching an array of replicas inspired by Andy Warhol’s famed jar collection. The holiday release is a continuation of a series of curated vintage items featuring Warhol’s work, a collaboration between creative director Raf Simons and the late artist’s foundation.

The high-kitsch, Americana-inspired line — consisting of 44 designs ranging from “Humpty Dumpty” to “Bunch of Bananas” to “Little Red Riding Hood.” — is modelled after the ones Warhol would source at Manhattan household goods shop Pieces of Time.

Calvin Klein Andy Warhol home accessories
Dewi Nurjuwita
Senior Writer
Dewi Nurjuwita is a travel and design writer who can be found exploring the streets of foreign cities with passport in one hand and a cup of coffee in the other.
Travel Architecture Interior Design