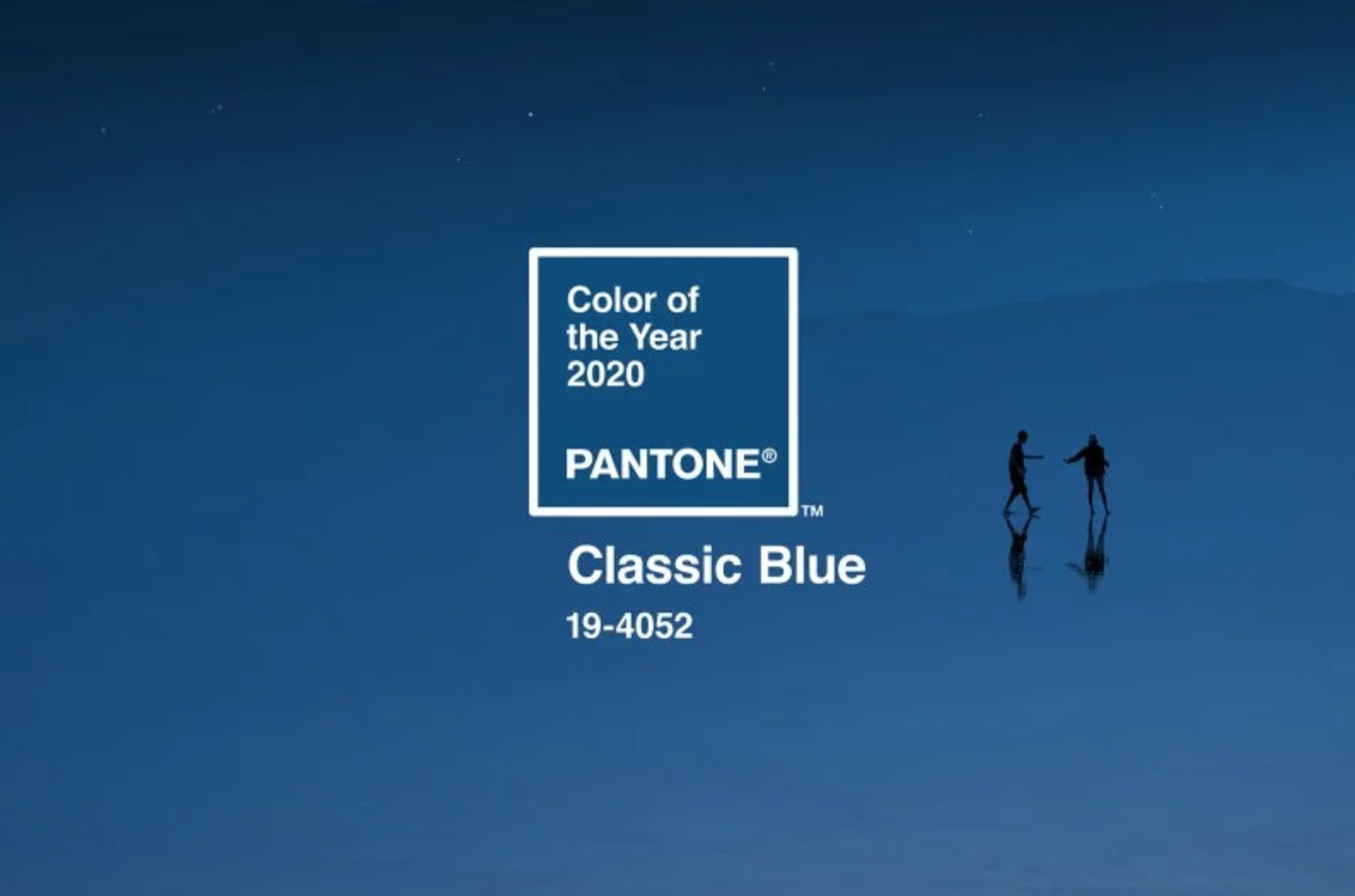 Colour trendsetters Pantone has released a new shade to set the tone for 2020: Pantone 19-4052 Classic Blue, a deep indigo hue that is easily relatable and comforting.

The rich almost cobalt-esque colour suggests a constant and classic vibe — think of a bowl of ripe blueberries, a spiffily new tailored suit, the mystical Japanese indigo dyeing Aizome, the writings of a blue ink pen or the majestic dark shade that you’d see when you stare into the sky at dusk tonight.

Pantone highlights that the colour is dependable, trustworthy, credible and constant — all traits that are valued in the current fast-paced, on-the-go, no-nonsense kind of situations looming all over the world. But it is a colour that resonates with many people, a fittingly hue in a moment where things are no longer defined by season or gender.

“The sky at dusk – it’s not a midnight blue, it’s thoughtful, but it’s not so deep and mysterious,” Laurie Pressman, Vice President of the Pantone Color Institute shares. “It speaks to our feelings of anticipation, when you think about the sky at dusk, the day isn’t over. You’re thinking, what’s ahead of us? It’s reassuring, but thought-provoking. It highlights our desire for this dependable, anchoring foundation on which to build as we cross the threshold into a new era. We’re living in a time that requires trust and faith and confidence. We all see this blue sky and can relate to it, it’s approachable.”

Furthermore, this shade of blue can also be naturally derived from plants and dyes, echoing last year’s concentrated focus on sustainability with the release of Living Coral as the colour of choice for 2019.

“We’re returning to classics because everything has been chaotic in the world,” Pressman continues. “It’s not about doing it like you did in the past, but reinterpreting it.”

This article was first published on Lifestyle Asia KL.

pantone color of the year Lanna cuisine Serpenti Seduttori
Martin Teo
Deputy Editor
Martin loves traveling the world to see ancient ruins and classical architecture. He enjoys the culinary experience of various cities but (still) refuses to eat anything insect-like. On a daily basis, he finds time hitting the gym to compensate for the amount of food he needs to eat just to write an article.
Dining Living Culture Travel Style Home