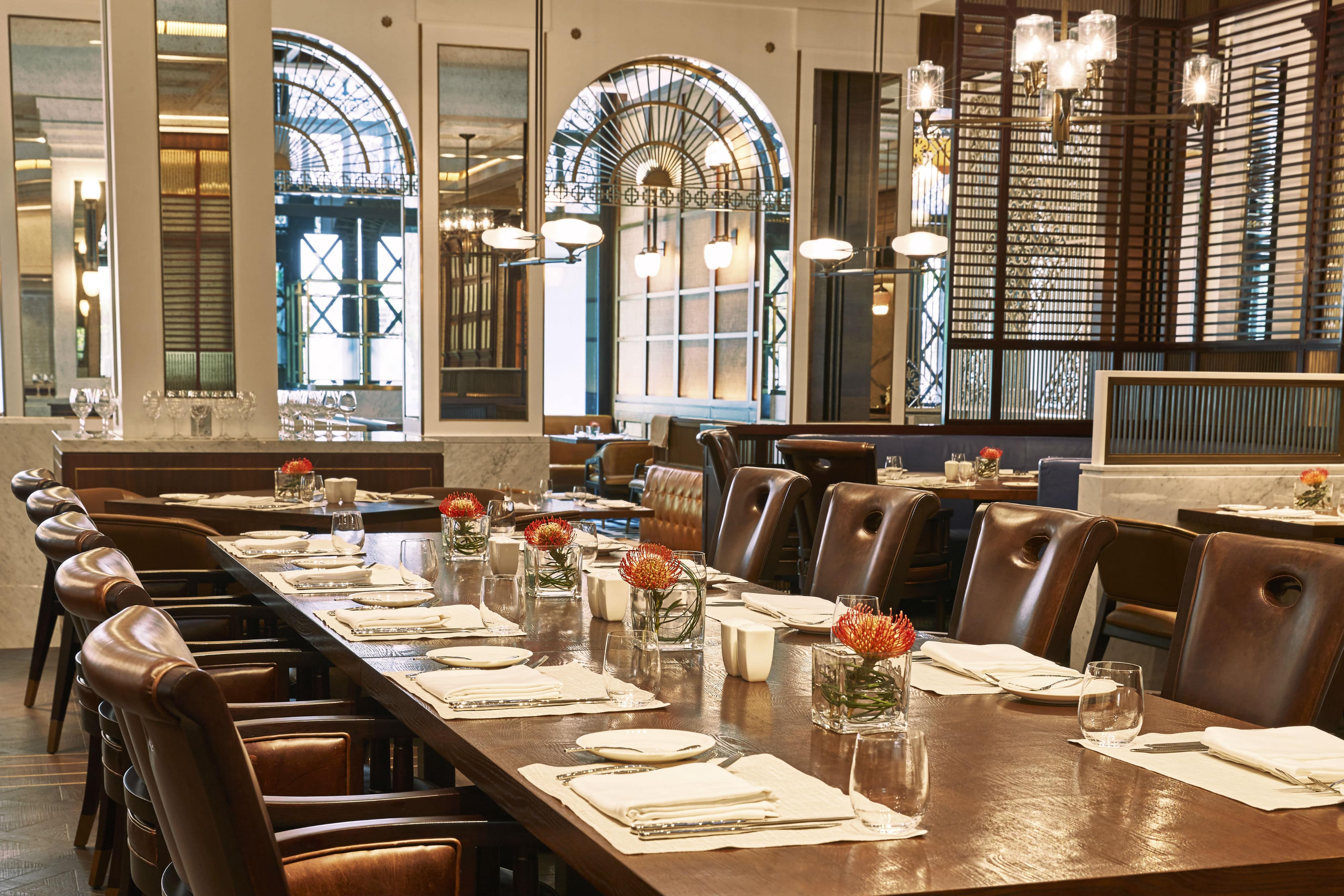 All the new restaurants to dine at this January 2019

It’s January and the gastronomic scene is picking up gradually from the festive season. This period is often slow on restaurant openings but things seem different this time around.

After months of anticipation, chef Richard van Oostenbrugge is finally opening the doors to Table 65, his first overseas outpost ever. Hong Kong’s Demon Chef continues his international exploits with yet another new restaurant in Singapore, this time introducing his take on Southeast Asian food at the Capitol Kempinski hotel.

If you’ve been making new year’s resolutions regarding expanding waistlines, you’ll want to give it a rethink. January is set to be another delicious month.

Resorts World Sentosa has a new entrant on its list of celebrity chef restaurants. The fine-casual dining concept is the first international undertaking by chefs Richard van Oostenbrugge and Thomas Groot. Table 65, named after Singapore’s dialling code, takes over the space that was once Joel Robuchon Restaurant. Only a communal chef’s table is available, where diners can expect an interactive experience. Here, modern European cuisine is presented through visual projections and levitating creations.

After Forbidden Duck, Hong Kong’s Alvin Leung of Bo Innovation fame is back with another new restaurant here, this time at the posh Capitol Kempinski hotel. 15 Stamford, named after the hotel’s address, is a 150-seater restaurant showcasing the Demon Chef’s take on his favourite Asian recipes from Korea, the Philippines, Thailand, Malaysia, Hong Kong and Singapore. Leung is best known for his X-treme, molecular cuisine but goes for a more stripped down, yet innovative approach to dishes at 15 Stamford.
15 Stamford by Alvin Leung, 15 Stamford Road, The Capitol Kempinski Hotel Singapore, Singapore 178906, +65 6715 6871

Home-grown name Jumbo Seafood is going for a premium dining experience at its new space in ION Orchard. Live seafood, which the brand is best known for, will continue to be a highlight here. The restaurant is also introducing new dishes such as dim sum and pao fan (read: rice in soup) alongside its signature crab dishes. Befitting of its more upscale environment, the restaurant is offering its famous chilli crab in dim sum, such as chilli crab puffs and pan-fried chilli crab buns.

Kilo Kitchen has now moved to a new 3,000-sq foot home along Duxton Road, minutes away from its sister property and club Kilo Lounge. Executive chef Manel Valero returns to the kitchen with a passion for wood-fire grills. The refreshed menu here will also see old signatures and new items prepared by wood-fire.

Gake (Japanese for ‘cliff’) is the latest project by chef-owner Angus Chow, who just this year was crowned Chef of the Year at the World Gourmet Summit. The restaurant serves contemporary Japanese with Western touches. Think grilled king mushrooms with cajun spice and lime, ceviche of trout with wasabi, or grilled chicken seasoned in whisky. Omakase menus are available here.
Gake by Toitsu, #01-01, 36 Carpenter Street, Singapore 059915, +65 6781 3603
The Masons Table

The Freemasons Hall now has a new restaurant in its midst. The Masons Table is not as mysterious as it sounds: the menu focuses on honest, modern European fare. Chef Ng Chen Kai, who had worked with Justin Quek and at LAVO, goes for a range of classics and pizzas. Also worth considering is the wine list here which is curated by bar manager David Bregere who previously had spent time at one-Michelin-starred Saint Pierre.
The Masons Table, 23A Coleman Street, Masonic Club, Singapore 179806, +65 9127 5030

While Teppan Kappou Kenji styles itself a Kappou-style diner, teppanyaki is one of the main highlights here. Diners can expect the usual slew of sushi, sukiyaki and shabu-shabu offerings, using premium and seasonal ingredients from Japan. Those looking for something more customised can go for omakase menus priced between $60 to $120.
Teppan Kappou Kenji, #01-01, 99 Tanjong Pagar Road, Singapore 088520, +65 9152 3118

Hokkaido wagyu is the highlight in this new yakiniku restaurant. Niku Kin uses a whole cow, directly sourced from a Japanese farm each month, of which 32 cuts of beef are available every day from the premium ribeye to chuck rolls and short ribs. The beef is graded A3/A4, and it’s not too cloying for those adverse to fatty meats. Other side dishes, such as tartare, hamburg and wagyu sushi are available too. Meats here are also available for online purchase.

New Restaurant Jumbo Seafood Restaurant Kilo table 65 15 stamford The Masons Table Gake by Toitsu Teppan Kappou Kenji
Jasmine Tay
Senior Writer
Jasmine Tay is the dining, culture and jewellery writer. She makes fine silver jewellery and causes mini-explosions in the kitchen when she can't afford fancy dinners. Sometimes she tells people what she thinks about art, and binges on the music of Danzig when they don’t agree.
Dining Culture Jewellery