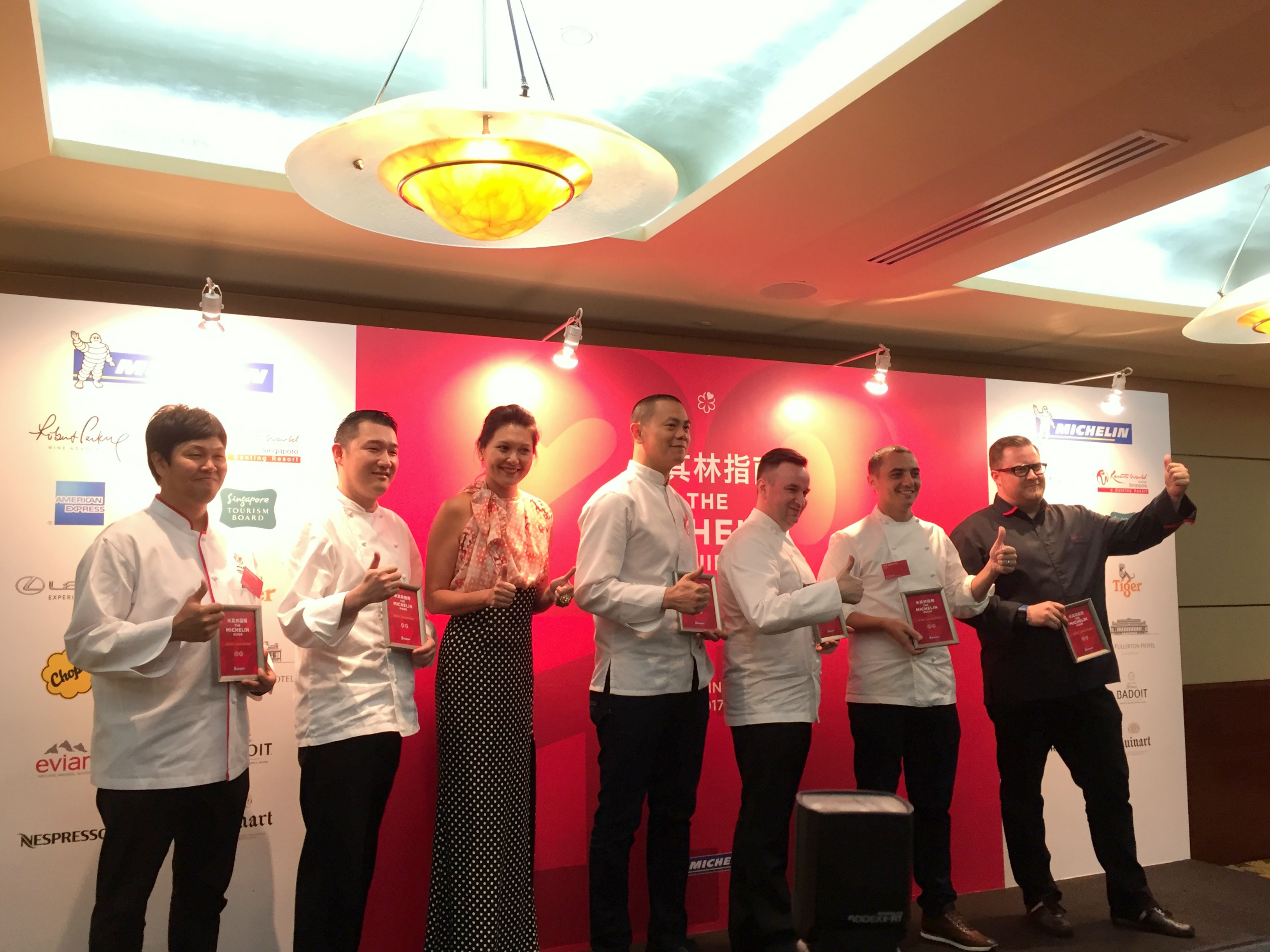 Star-struck: The Michelin Guide Singapore 2017 has been revealed

Food & Drink
Star-struck: The Michelin Guide Singapore 2017 has been revealed
Share this article
Next article

After weeks of eager anticipation, as well as excitement fuelled by last Thursday’s reveal of the Bib Gourmand list, we’ve finally reached the big day of the Michelin Guide Singapore 2017 award ceremony. Held tonight at The Fullerton Hotel Singapore’s ballroom, this year’s second edition of the event came with its share of surprise results.

For starters, the two-Michelin-star category saw one new addition in the form of Japanese restaurant Waku Ghin, which had one star in the previous guide. The rest of last year’s restaurants, namely Odette, Restaurant André, L’Atelier de Joel Robuchon, Les Amis, Shisen Hanten and Shoukouwa, kept their two stars.

Alma and The Kitchen at Bacchanalia, both helmed by different head chefs as compared to last year, also kept their stars. Sadly, Forest and Terra weren’t included in this latest edition of the Guide.

“The fact that two hawker stalls received Michelin stars [last year] was an incredible event and truly cemented Singapore’s reputation as an intentional dining destination,” said Michael Ellis, International Director of the Michelin Guides. “We found great richness throughout the island. Singaporeans in my opinion are the most passionate food lovers, and that’s a perfect environment for [the Guide] to be in.”

Without further ado, here is the full list of results for the Michelin Guide Singapore 2017. In bold are those new to the Guide.

We were graciously invited for the wine pairing dinner by our friends at Lexus, who were the official car partner for the Michelin Guide SG. The menu featured innovations like cuttlefish cheong fun by executive chef Sandro Salbo of The Fullerton and Fullerton Bay Hotel; and traditional fare like double-boiled dendrobium, yellow squash soup with Britanny blue lobster and pork shank by chef Tam Kwok Fung of two-starred Jade Dragon in Macau.

Other chefs like Jason Tan of Corner House, Curtis Duffy from three-starred Grace in Chicago, and Sheung Siu Kong of Summer Pavilion also had dishes featured at the dinner.