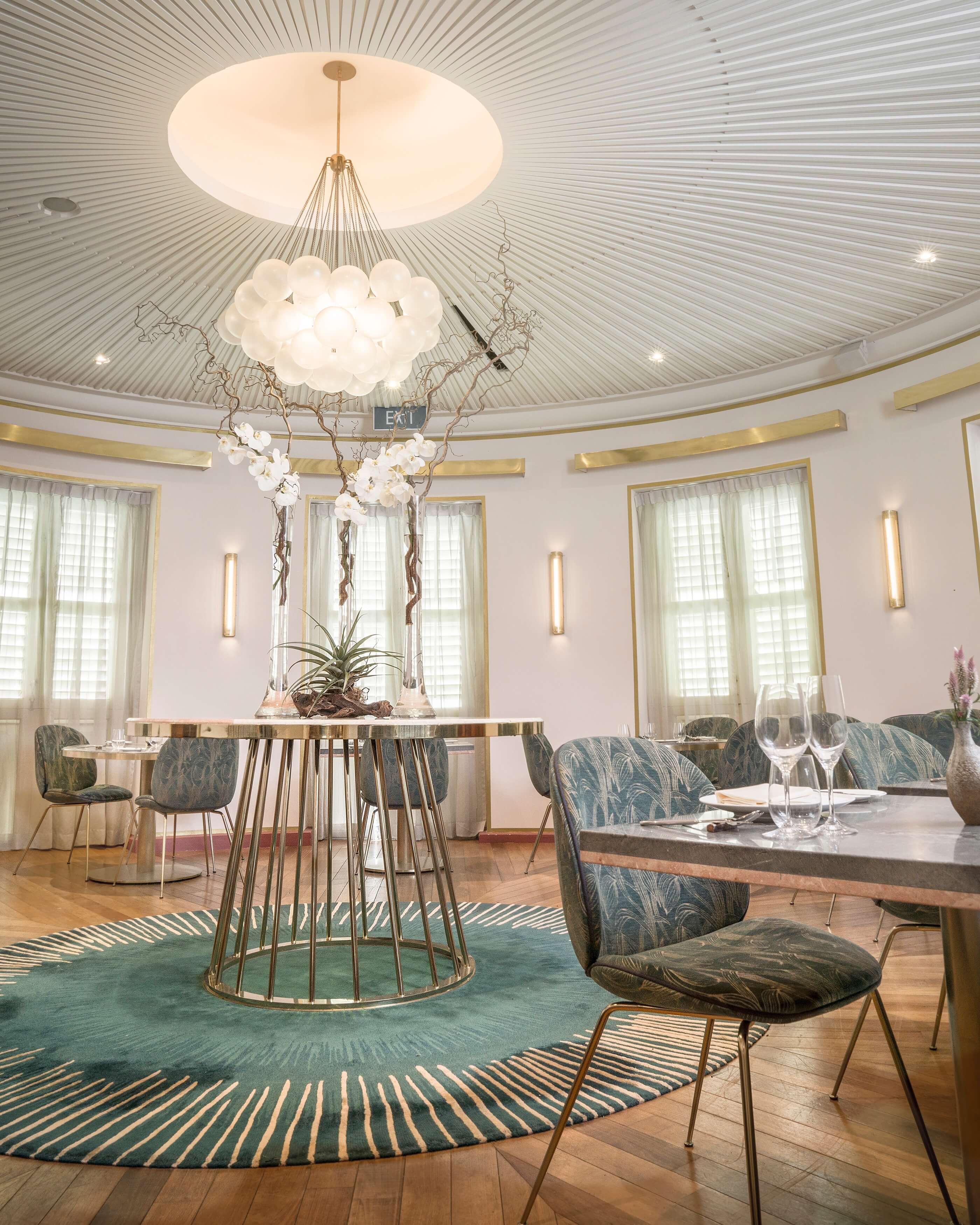 Whitegrass is making a comeback with a new chef and cuisine

Singapore saw many restaurants lowering their shutters at the tail end of 2018 though nothing was quite as shocking as the closure of one-Michelin-starred restaurant Whitegrass.

The modern Australian restaurant closed last December after three years in the business. The restaurant’s then chef-owner Sam Aisbett explained that though Whitegrass was ‘performing at its peak’, investing partners have decided not to renew the rental lease at CHIJMES.

Now, it’s revealed that this has not been the case. Since March, Whitegrass has been working quietly to re-open its doors at CHIJMES once more.

When it re-opens in the coming days, Whitegrass will still be operating under the same light-filled and pastel-hued interiors and space. But the restaurant will see a new chef, 32-year-old Takuya Yamashita.

Under his leadership, the restaurant will also be serving ‘la cuisine naturelle’ which sees quality Japanese ingredients prepared with French culinary techniques.

Datin Karen H’ng, who has been the owner since 2016, said that the original plan was to close Whitegrass entirely. “It seemed like the right thing to do since Sam was such an integral part of the restaurant and its achievements, “ she said.

But H’ng changed her mind after meeting Yamashita at the one-Michelin-star French restaurant, Ciel et Sol, in Tokyo.

“We started chatting, and that moment reminded me very much of when we first met (Sam Aisbett) – young, full of talent and eager to take on new challenges,” H’ng recounted.

“So we decided to give Takuya the step up that he needed by keeping Whitegrass open. We are all really excited about what lies ahead for the restaurant and the team.”
Same, but different


Though the chef and cuisine are different, the restaurant will still retain the Whitegrass name and its interiors. For H’ng, it was about continuing the restaurant’s ‘legacy’ as a place with ‘welcoming interiors, thoughtful hospitality, and seasonal menus that showcase the best ingredients’.

After all, it is hard to go wrong with the unique pastel-hued space by the famed interior designer studio Takenouchi Webb. The restaurant was planned out to be a welcoming space with no tablecloths and long banquettes for a more comfortable vibe.

“We wanted to retain that,” H’ng said.

Chef in the spotlight


Sam Aisbett’s Whitegrass has scored some stellar achievements last year, having clinched a Michelin star and a place on the 2018 Asia’s 50 Best Restaurants list. No doubt, Takuya Yamashita will have much to prove as he takes over the reins at the restaurant.

At Whitegrass, Yamashita presents a five- and eight-course degustation dinner menu showcasing ‘la cuisine naturelle’ or ‘cuisine of the natural body’. Menus are priced at $168++ per person and $228++ per person respectively.

His cuisine is all about showcasing the natural, pure flavours in Japanese produce through French culinary techniques. On the menu, there are oysters from Hyoho Prefecture, lightly poached in white wine and served with Granny Smith apple purée. Then there’s a roulade of Bresse pigeon and foie gras, wrapped up in savoy cabbage for mains.

Fresh seafood is flown in daily from Japan’s fish markets. Yamashita will also present speciality products such as tea, sake and somen from Nara Prefecture, where he was born. To add a bit of a local touch in his dishes, Yamashita adds in Southeast Asian herbs and spices sparingly.

“His ability to combine the richness of French cuisine, with the clean, subtle nuances of Japanese cooking that drew me to him in the first place,” H’ng said.

“I believe Singaporeans know a good chef when they come across one; and with Takuya’s sure, confident hand in the kitchen and affable personality, he will no doubt win palates and hearts in no time.”

Japanese French Chijmes Whitegrass Takuya Yamashita
Jasmine Tay
Senior Writer
Jasmine Tay is the dining, culture and jewellery writer. She makes fine silver jewellery and causes mini-explosions in the kitchen when she can't afford fancy dinners. Sometimes she tells people what she thinks about art, and binges on the music of Danzig when they don’t agree.
Dining Culture Jewellery