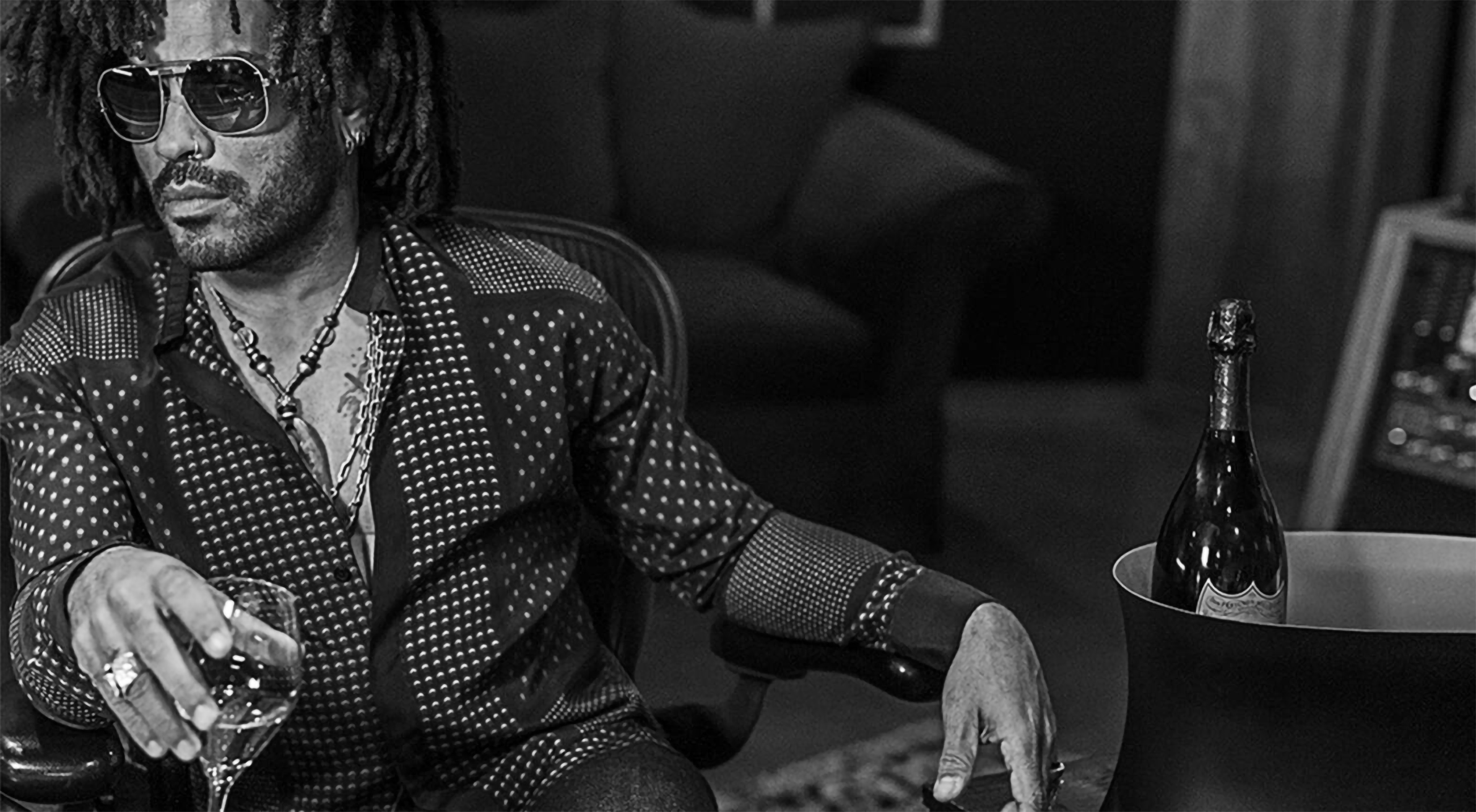 The legendary artist is a man of many talents. You guessed it, on this collaboration, the musician is diving in a new visual venture. He’s the official designer and photographer for the 2008 vintage and the 2006 rosé campaigns.

As LVMH’s famous bubbly brand puts the finishing touches on a pop-up boutique to open in November at the Haussmann Galeries Lafayette department store in Paris, Dom Perignon has given itself one of the best collaborations of recent years. The prestigious Champagne house convinced Lenny Kravitz to create the packaging for the 2008 vintage and the 2006 rosé.

Alongside his music career, the star from New York has a design studio though which he’s already designed Las Vegas suites and Manhattan lofts. For Dom Perignon, Kravitz was authorised to redesign the house’s iconic coat-of-arms by referencing the codes of goldsmithing. The metallic texture is hammered and has the air of a shield which has stood the test of time.

Boxed sets of two vintages have been produced in limited edition and will be sold in exclusive premiere at the Dom Perignon’s pop-up boutique at the Galeries Lafayette.

Amid this prestigious collection with reign an outstanding magnum bottle signed by the artist. The 150 cl bottle of the 2008 vintage will nestle in snakeskin-inspired leather box.

The star also designed a bar table especially for tasting champagne. The piece is made of black lacquer with brushed-brass borders. For the moment, the table is the only one of its kind.