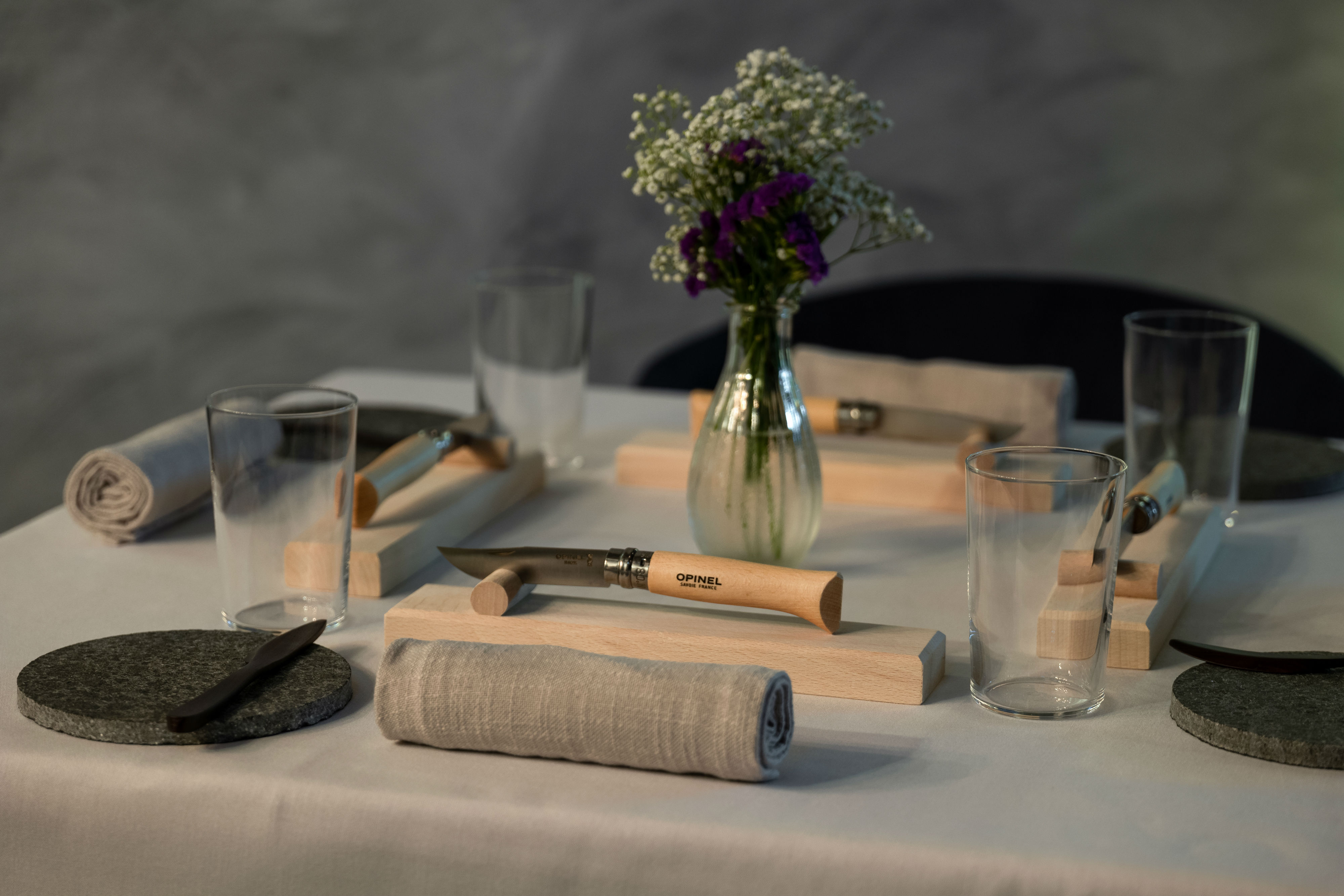 Review: French Alpine cuisine gets its time in the sun at new Restaurant Jag

Food & Drink
Review: French Alpine cuisine gets its time in the sun at new Restaurant Jag
Share this article
Next article

French cuisine in its classical form is often known for its hearty, flavourful expressions. The country’s best restaurants hold true to the five mother sauces sanctified by the legendary Auguste Escoffier and go for rich, punchy ingredients in lengthy menus.

But France is a nuanced region, home to more than just onion soups and duck confit.

Up on the Alps is a distinctive variation of French cuisine, one that contrasts with delicate flavours and passionately embraces ingredients indigenous to respective regions. It has developed a culinary stronghold that is home to a good number of Michelin-approved establishments, including the three-starred Flocons De Sel restaurant led by the renowned chef Emmanuel Renaut.

In Singapore, a new restaurant has emerged offering a piece of that Alpine experience. Called Restaurant JAG, it is led by Jeremy Gillon, formerly of the one-Michelin-starred L’Epicurien, in Val Thorens. It has been some time since Gillon descended from the ski resort haven. Just last year, Gillon introduced his cuisine and his fascination with alpine herbs to the short-lived Audace at Wanderlust Hotel.

But bistronomy was not to his taste. After leaving Audace, Gillon joined forces with Anand Tyagi and both became co-owners to JAG (a combination of their initials). Here, he continues his use of alpine herbs in a fine-dining context. Working with a French-based forager, Gillon is able to procure a selection of 40 herbs indigenous to the region.

The shophouse Restaurant Jag occupies has two floors, and there’s plenty of space for both Gillon and Tyagi to express their vision of comfort and simple elegance.

Make time for the restaurant’s lounge area up on the second floor; the right way to start an experience here. It’s easy to cosy up by the bar or the plush leather chesterfields, and spend the night away with a couple of drinks and bar snacks. The cocktails here need work, but it’ll take much more convincing to move away from the spots we have so quickly eased into.

The need for substantial bites beckons us to the dining room, covered by curtains on the first floor. The setup is simpler: soft gray wallpaper meets exposed brick wall, heavy curtains exude sophisticated comfort. The restaurant goes for modest pendulum bulbs for additional illumination in the dim-lit room. While the dining room is small, tables are decently spaced out, accommodating a maximum of four diners.

In contrast, the bright open kitchen grabs attention. The brick walls here double up as Gillon’s garden, a set up of vertical stack of trays filled with sprouting micro-herbs by local indoor farmer Farm deLight. There’s also a menagerie of jars filled with alpine herbs sourced from the mountainside of Savoie, France.

Like any fine-dining restaurant, only degustation menus are available for dinner. There’s a standard five-course menu, but diners who prefer to be surprised can go for seven or 10-course menus instead. 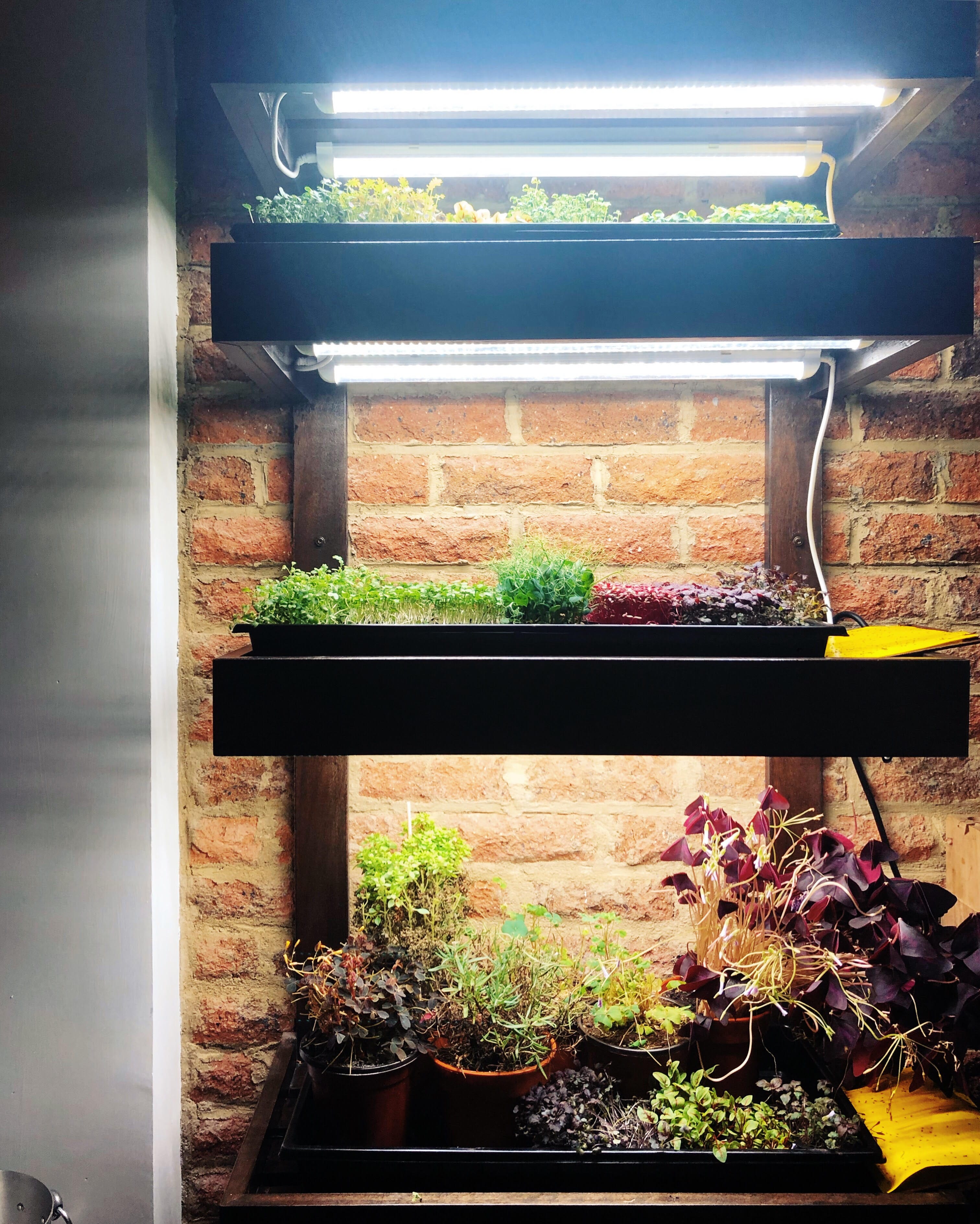 The kitchen sees a mini vertical garden setup for herbs by Farm deLight. 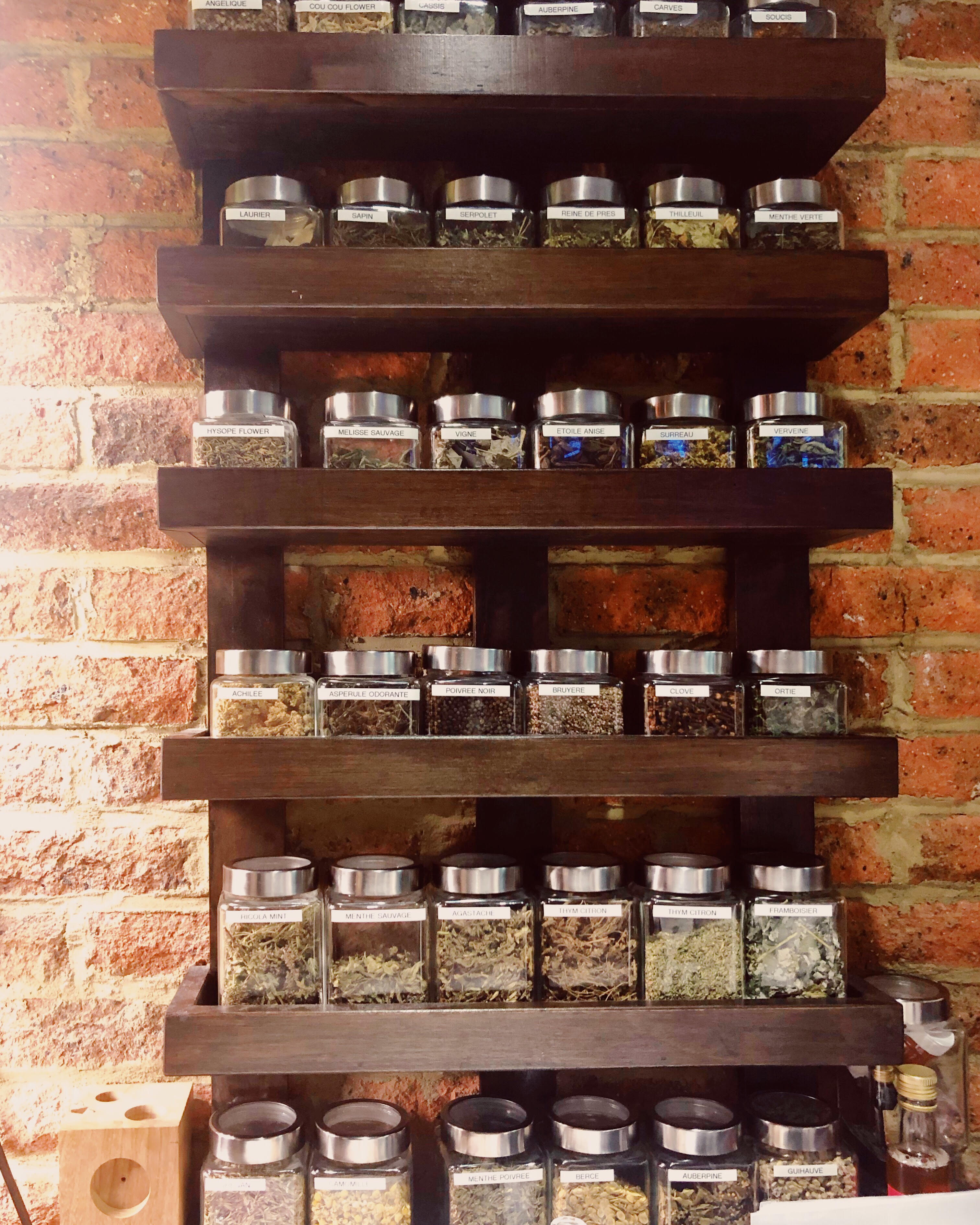 Beside, Gillon's menagerie of alpine herbs.

The restaurant prefers to call courses ‘expressions’ of herbs used. Nearly every dish features an alpine herb, and it can be daunting for diners especially when most of these are hardly encountered in local context. Tyagi who is at front of house takes time to elucidate on the flavours of herbs, and it pays to keep a sharp ear and stay attentive.

It is first introduced through canapes, a trio of small morsels. There’s an airy puff topped with fresh prawn, a ‘nougat’ made of smoked salmon speckled with sesame seeds and a take on Spanish croquettes of potato with a dusting of serpolet — a more subtle cousin to thyme which lends a slight lemony whiff. Next, Normandy oyster comes with textures of brussel sprouts, roasted and pickled, and again very subtly borrows citrus from woodruff herbs.

Enthusiastic as Gillon is about his French-gotten herbs, he offers breaks in between dishes. There’s a fleshy piece of smoked eel, flanked by sliver of Brittany foie gras, balls of green apple, a tangy sorrel sorbet, and a bed of roasted buckwheat that brings it all together. In another, shavings of black truffles and crispy chicken skin pile up on an appealing bowl of crosnes cooked in chicken juice.

For mains, beef heart is brined and lightly flavoured with earthy hawthorn leaves, pan-seared and served with pickled daikon pearls and anchovy oil. On the side, a hearty polenta steeped in squid ink. Desserts bring a harmonious end to the experience, textures of lemon in curd, sherbet and biscuit offering a sweet, refreshing respite.

A simple write-up explaining the restaurant’s concept fronts each menu, but one line stands out: “We hope you enjoy our expression of this philosophy.” It’s humbling, a yearning for acceptance of the local palate. In some ways, Restaurant JAG has made some successful attempts at it. While it is dominantly French, it makes exceptions: putting Japanese boutique sakes and French vinos on the same stage when pairing with food, adopting lighter flavours and ending dinner well-balanced.

There’s nothing audacious about his cuisine here, but could there be a better place for Gillon? We think this is it.

Audace jeremy gillon Restaurant JAG
Jasmine Tay
Senior Writer
Jasmine Tay is the dining, culture and jewellery writer. She makes fine silver jewellery and causes mini-explosions in the kitchen when she can't afford fancy dinners. Sometimes she tells people what she thinks about art, and binges on the music of Danzig when they don’t agree.
Dining Culture Jewellery