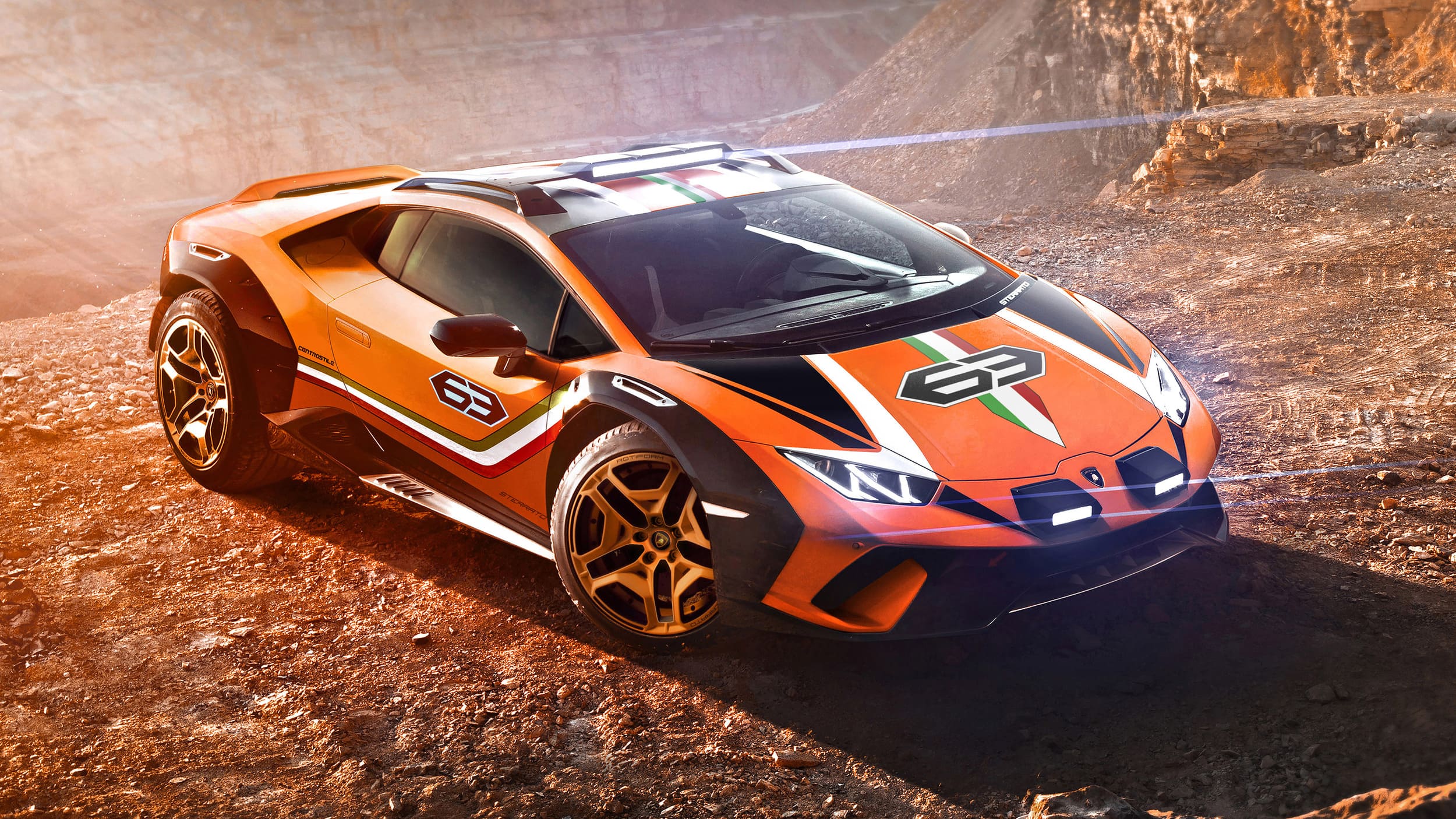 Behold the Huracan Sterrato, the off-roading Lamborghini supercar you didn’t ask for

Gear
Behold the Huracan Sterrato, the off-roading Lamborghini supercar you didn’t ask for
Share this article
Next article

The boys at Lamborghini are no stranger to lunacy but have they finally lost their minds? The answer this time it would seem is a resounding yes. Not even the Centenario nor the Terzo Millenio would’ve prepared us for the Raging Bull’s latest drop: the Huracán Sterrato.

The Sterrato, at first glance, looks like a heavily modified version of its namesake model, only it’s also — according to Lamborghini — designed to go off-roading. Now we’re pretty sure that the thought of driving a Huracán over anything other than smooth asphalt never crossed anyone’s mind, so this comes as quite an alarming development. Plus there’s now the Urus if you absolutely had to bring a Lamborghini outdoors.

Underpinning this concept is the Huracán Evo, with its stellar 5.2-litre naturally-aspirated V10 and its 630hp left well alone. Instead, engineers have focused their efforts on recalibrating the drive systems to better cope with dusty trails. Here, they started by adjusting the supercar’s electronic traction and stability program, or the LDVI in Lambo-speak. The brain of the Sterrato controls everything from the four-wheel drive and steering to its torque vectoring, using predictive logic to anticipate its driver’s move before he makes them.

Then they jacked the Sterrato up to give it 47mm of ground clearance, which by no means is plenty, but still a great deal considering a regular Huracan can’t clear a speed bump without triggering a crippling wave of anxiety. It’s now also 30mm wider than its standard variant, and rolls around on gloriously chunky 20-inch off-road tires, each framed by super aggressive flared wheel arches.

Protecting the car’s underbody are special reinforcements, including aluminium skid plates and side-skirts, as well as protective stone-deflecting materials around the engine and air intakes. Mud guards are courtesy of a unique carbon fibre and elastomeric resin composite.

The titanium roll cage inside the Lamborghini Huracán Sterrato is perhaps the biggest hint that your ride will be less James Bond and more Mad Max, but really, you wouldn’t want it any other way. A sleek roof-mounted LED light bar will illuminate your way in times of darkness and it’s 2019 so of course there are gnarly LED bumper lights too.

”The Huracán Sterrato illustrates Lamborghini’s commitment to being a future shaper: A super sports car with off-road capabilities, the Sterrato demonstrates the Huracan’s versatility and opens the door to yet another benchmark of driving emotion and performance,” said Maurizio Reggiani, chief technical officer of Automobili Lamborghini in a statement.

Yet in a world filled with potholes and cookie-cutter supercars, the Sterrato makes some sense. The best adventures are, after all, on roads less travelled. Much less one in a wild Italian supercar that can very well take the heat.

Luxury Cars Lamborghini gear Off-roading cars
Shatricia Nair
Senior Writer
Shatricia Nair is a motoring, watches, and wellness writer who is perpetually knee-deep in the world of V8s, tourbillons, and the latest fitness trends. She is fuelled by peanut butter and three cups of coffee a day.
Motoring Wellness Watches