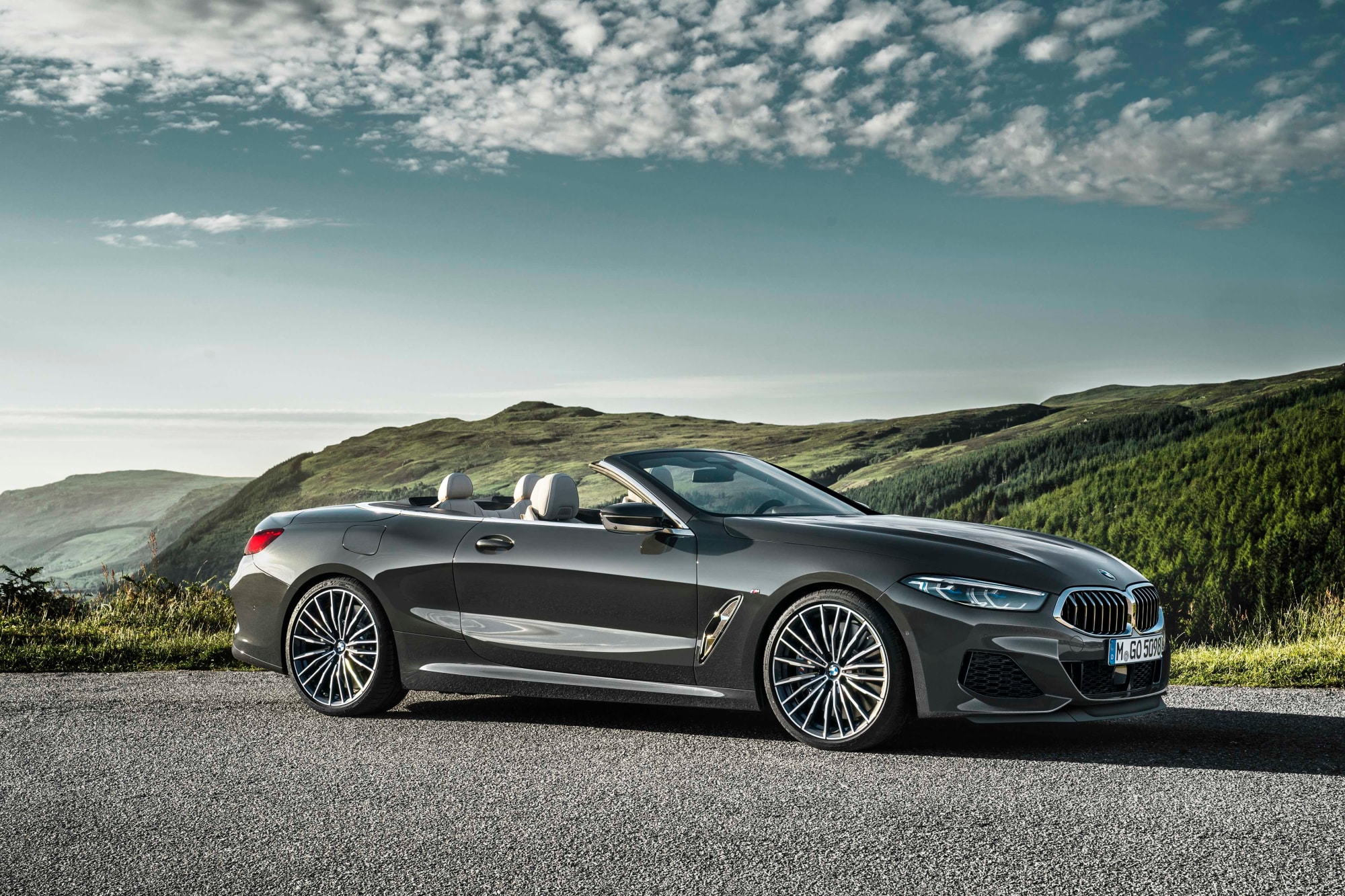 BMW finally takes the top off its sexy 8 Series

There are plenty of big cars out there but only a handful have shared the same prestige as the BMW 8 Series. The Bavarian’s range of grand tourers have always been recognised for being a status of wealth – if not for its sheer size. Standing at 4.85m long, 1.34m tall and 1.9m wide, the hulking ride was a riot with wealthy individuals looking for a sleek, reliable car to be chauffeured around in.

Gear
BMW debuts the X7, its biggest and most potent SUV yet

Its latest iteration, however, is one that you’d want to drive yourself. As the second generation after being freshly reintroduced last year — to great fanfare — it was only a matter of time before BMW stripped the top of its flagship range to create the 8 Series Convertible.

The 8 Series Convertible bears the same good looks as its coupe stablemate, most notably with the exception of the hard top now being replaced by an electrically retractable fabric one. While known for not providing as much sound insulation as a metal roof, the choice of fabric was wise here — it takes up significantly less space and much lesser weight, while by no means reducing the elegance of the car.

We predict drivers are going to want to soak in a little early morning sun, but options such as integrated neck warmers are particularly useful for those residing in colder climates. Inevitably, the roof’s folding mechanism has compromised on boot space — the coupe’s 430-litre volume is now reduced to 350 litres with the roof down.

The weight penalty of 125kg here had to be compensated by beefier suspension, while the weight distribution is pushed back slightly for a ratio of 48:52 — a number which has actually resulted in a more enjoyable drive, according to BMW’s engineers.

Inside, the Convertible will match the coupe’s powertrain. The M850i’s 4.4-litre twin-turbo V8 will make 523hp and 750Nm, though performance figures are slightly blunted because of the extra weight. 0-100kph is accomplished in 3.9 seconds — 0.2 seconds slower than the coupe.

As a future competitor to Mercedes-Benz’s S-Class Cabriolet, the 8- Series Convertible will come with all the finishings worthy of a top-of-the-range grand tourer. Sturdy merino leather trim lines the interiors, while a Harmon Kardon sound system comes fitted as standard.

BMW will also furnish your ride with the latest infotainment system, which is, thankfully, one of the better ones out there. A 12.3-inch touchscreen display sees a new interface which allows for customisable icons and widgets — much like your iPhone — and works in tandem with another generous 10.25-inch digital instrument panel. If you’re still not impresed, there are options for laser lights and a Bowers & Wilkins hi-fi system that you can tick.

Gear
All the important cars that debuted at Paris Motor Show 2018
BMW Luxury Cars convertible Soft-Top Cars BMW 8 Series Convertible
Shatricia Nair
Senior Writer
Shatricia Nair is a motoring, watches, and wellness writer who is perpetually knee-deep in the world of V8s, tourbillons, and the latest fitness trends. She is fuelled by peanut butter and three cups of coffee a day.
Motoring Wellness Watches