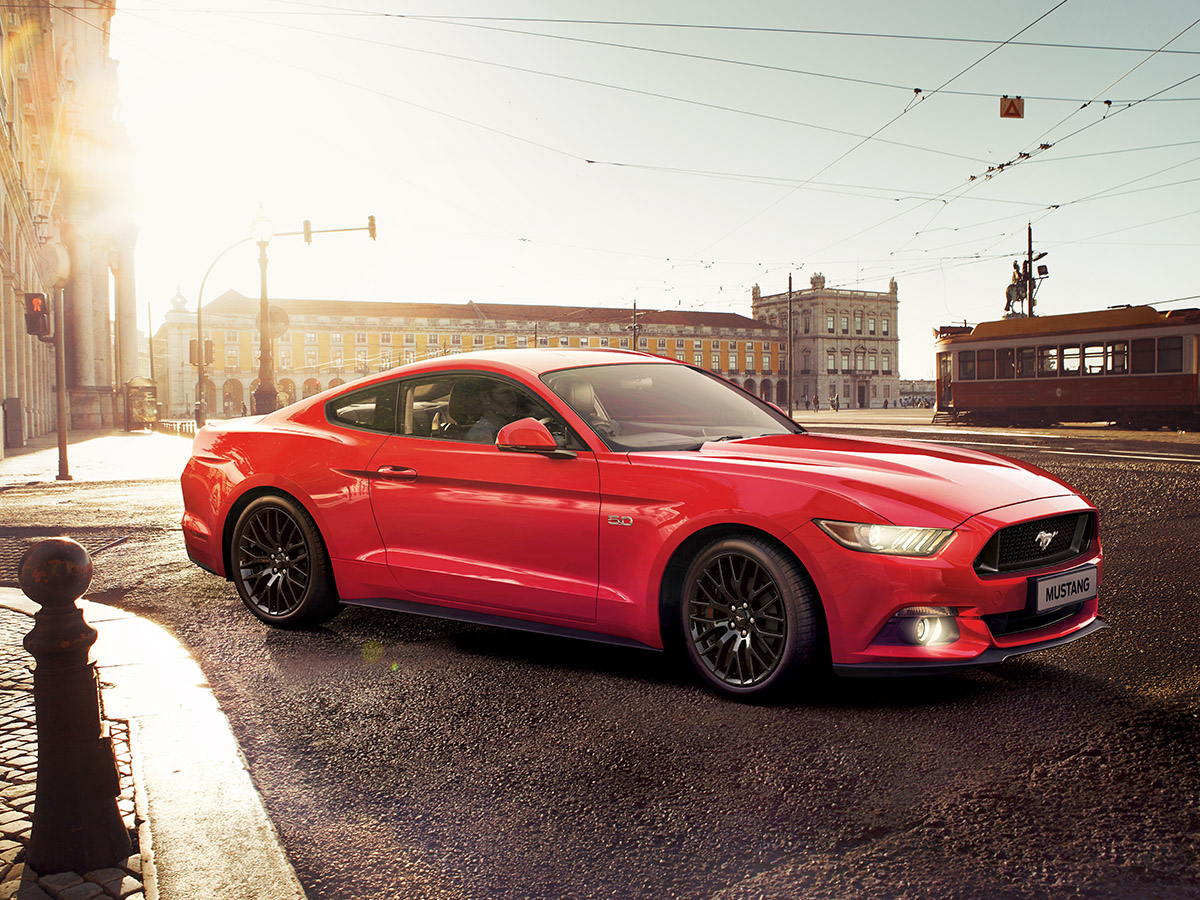 It’s 1964 and a relatively unknown businessman by the name of Lee Iacocca was running a project on what would be Ford’s biggest car launch since the Model A. It was a sporty two-door, four-seater with a V8. It was sexy, sleek and had American muscle written all over it, and its popularity was overwhelming. By the first 18 months since its inception, over one million Mustangs were built to cater to demands. Half a century and five model-generations later, this iconic “pony car” will finally muscle down local roads with the same tenacity it once had. The sixth-generation Ford Mustang will be the first to receive the right-hand drive treatment, so the rest of the world can finally experience the brute force and raw power that the car is known for.

It might’ve been 50 years since it was first shown as a hard-top and convertible at the New York World Fair, but its latest model is still drawing crowds. In fact, the legend of Mustang goes so deep, there’s controversy over its name. Some say its named after the wild horses, while others say it was first named after the P-51 Mustang aircraft from World War II.

After the excitement of the original ‘60s icons, the Mustang went through evolutions that made it far less desirable. Both the 1985 and 1999 Mustang fell short in the looks department, they just didn’t embody the American muscle look as their predecessors once did; the look that made the brand so popular. The public’s perception changed following a “relaunch” in 2004. The idea was popular in that era of motoring design — to create a modern twist to the original car. Ford had already done it with the Thunderbird, Volkswagen was doing it with the Beetle, and there was the Mini Cooper. After their success, Ford rolled the dice again and created a new Mustang with a design that harked to retro-futurism.

The Mustang was back, and everyone wanted one. This success has grown further with the latest car launched just last year. A road trip I recently did across Canada with the 2.3-litre EcoBoost convertible packed a punch in the speed department with 317hp. The familiar V8 rumble is still intoxicating, making the same sounds as you’d expect from a muscle car, albeit one with better fuel economy. Wide and muscular, with sweeping lines and two huge exhaust pipes out the rear, you knew you were driving an icon. Inside the ride was roomy, comfortable and came equipped with all the tech you’d expect from an American hot rod at the price range of around USD30,000 (SGD41,000).

Talk about the good ol’ Stang and a few images come to mind: rudimentary barnyard engineering, hulking engines more than capable of blasting down a drag strip and zero ability to negotiate a corner. It’s stolen the spotlight in countless films (Eleanor from Gone in Thirty Seconds, anyone?) This was a car that Steve McQueen chose for his famous chase scene down San Francisco in Bullitt. The original 1964 Fastback GT was the epitome of vicious street-rod style with its blacked-out grilles and boisterous 325hp engine. 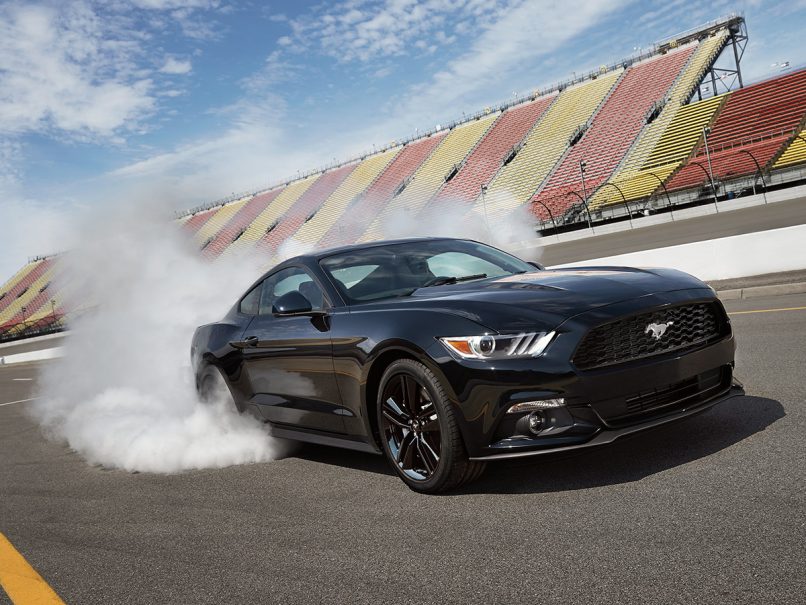 Launched quietly earlier this year, the 2.3A turbocharged EcoBoost Mustang comes equipped with a smooth six-speed automatic transmission with manual override, and can reach a top speed of 250kph. It will also gladly oblige 100kph in 5.5 seconds, alongside a huge ruckus. That same long sculpted hood and short rear deck are design elements Ford has wisely chosen to retain. However, it’s now more aerodynamic (read: less boxy, a lot more curves). As mentioned before, this Mustang is smarter than the previous ponies. The MyFord Touch infotainment system was relatively fool-proof (can’t say the same about its European counterparts) to navigate around with and it even came with adaptive cruise control and an electronic “line lock” feature. Yes, this means it’ll lock up the front brakes for you while allowing its rear wheels to spin freely, which in turn means that famous Stang burnout! 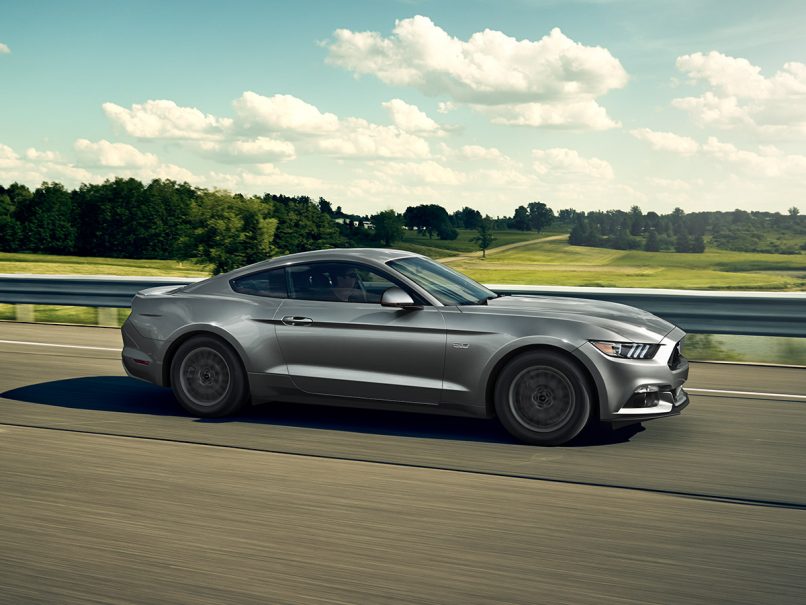 Unlike the older models, the new EcoBoost version tackles twisty roads without bucking. Improved independent suspension keeps the car steady and planted around corners and you won’t be bouncing around over poor road conditions or hard braking. The Mustang has indeed grown into its own.

I had a blast in the Mustang during my time in Canada. In fact, it might be one of my fondest memories of the trip. This car might have its usual flaws such as turbo lag, but that’s what makes it relatable, and therein lies its charm. Available in eight “high-performance” colours (my favourite being the ruby red), the new Mustang is priced from SGD253,888.

Singapore’s roads are about to turn into the Pony Express.

Ford Mustang Ford EcoBoost muscle car
Shatricia Nair
Senior Writer
Shatricia Nair is a motoring, watches, and wellness writer who is perpetually knee-deep in the world of V8s, tourbillons, and the latest fitness trends. She is fuelled by peanut butter and three cups of coffee a day.
Motoring Wellness Watches