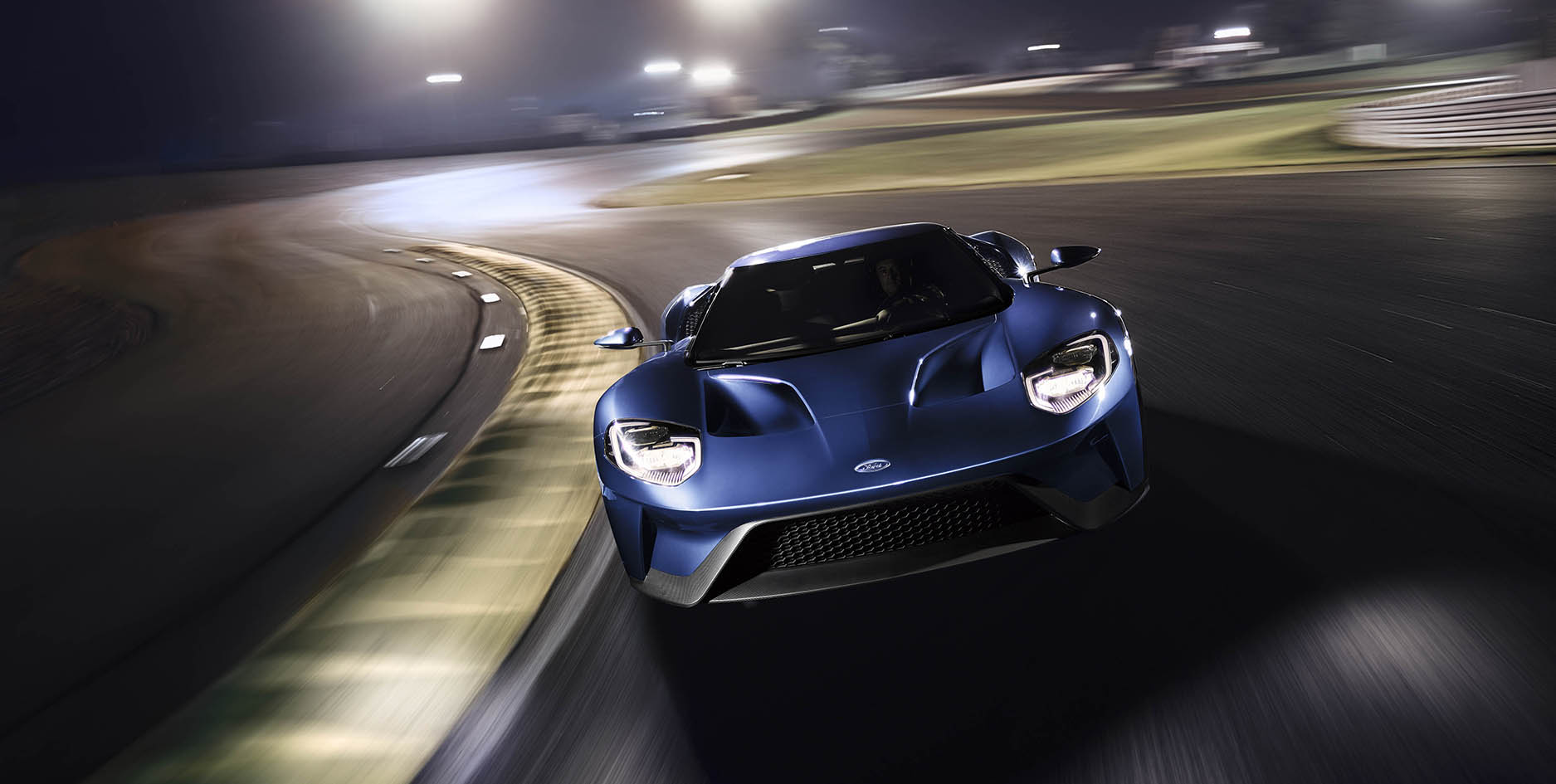 It might be known for the Focus and Ranger, but Ford also knows how to have a good time. The Mustang might make you grin with its brassiness but the Ford GT is truly something else; it will get your heart racing, your palms sweaty and leave you wide-eyed with its striking good looks and remarkable stats.

“Engineered to keep company with exotics” is how the American car manufacturer marketed this car as, and that’s a promise they couldn’t back out of easily. Which is why money alone couldn’t get you one. You’d have to fill out an application form and then wait to be accepted as an “ambassador”. But the lethal combination of cult status and limited quantity only made ravenous fans more keen, and so rejection was only inevitable. Ford must’ve felt bad because it has now approved 500 more “ambassadors” this year.

Packing more than 600hp, the GT isn’t your average family-friendly Ford. Inside, a next-generation twin-turbocharged 3.5-litre EcoBoost V6 engine feeds copious amounts of power to the rear wheels via a seven-speed dual-clutch automatic transmission. Its previous iteration back in 2006 only saw 540hp from its supercharged 5.4-litre V8.

But it would be blasphemy to talk about this car without a mention of the car porn that is its body. Hugging that beastly gas engine is a supercar silhouette of the future, save the wide front fascia that reminds us of the GT40. The GT also now has butterfly doors (because, exotic) and its body is entirely carbon-fibre. Active aerodynamism is integral to the car’s performance, and Ford has a rear spoiler full of party tricks. An air-brake function enables its wing to rise and tilt to capture downforce and drag whenever necessary. An active suspension also allows the car to lower itself — even at speed — for better aerodynamics and stability. Flying buttresses aren’t just a flamboyant flourish to this car; besides creating downforce and directs air flow around the car to the back, intake tubes on both sides directs air to the turbocharger which means more combustion and more power.

The Ford GT is a hypercar that took this year’s Le Mans by storm, and it will do the same with you.