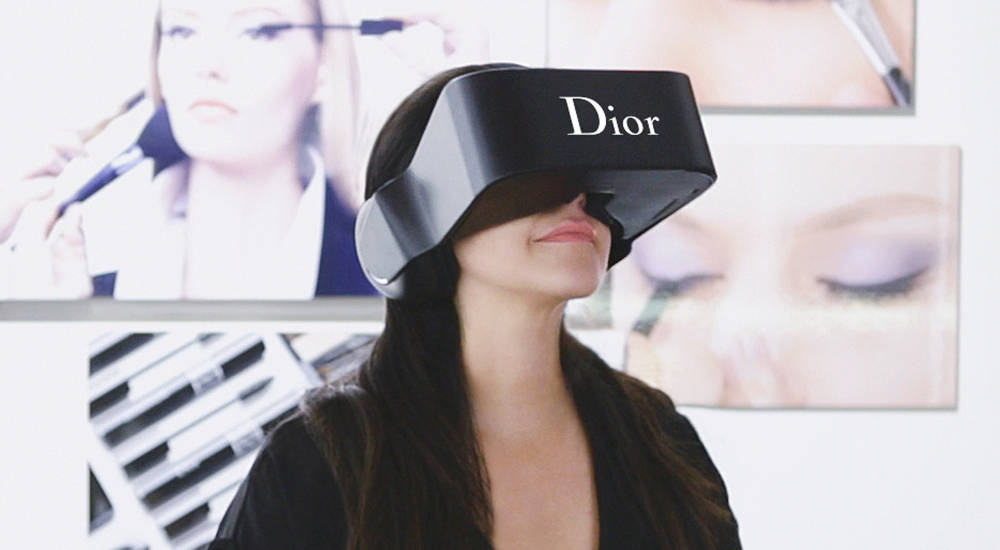 2016 saw the progressive use of the word “virtual reality (VR)” —  a three-dimensional, computer-generated environment which can be explored and interacted with by a person. The popularity of VR was particularly evident at last year’s CES, which saw attendees waiting in long lines to try out the Facebook-owned Oculus Rift. The technology has since started making its way into households, with brands selling VR-enabled gadgets to consumers. It has also revolutionised many industries and the way companies deliver their products. Following Oculus’ lead, other big names, from Google to Microsoft and Playstation, have rolled out products that utilise the technology.

The recent proliferation of VR into the mainstream vernacular, may lead one to believe it’s a new technology. But it has actually been around since the 1950s, when cinematographer Morton Heilig created a machine named the Sensorama, which was equipped with stereo speakers, a 3D display and a moving chair to stimulate the senses.

VR has since become a lot more sophisticated from its early days. And its future looks promising, with a growing number of companies jumping on its bandwagon. In fact, CES 2017 saw a 48% increase of VR exhibitors as compared to last year’s edition. And this comes as no surprise, seeing the range of exciting experiences VR can offer. From being backstage at Dior fashion runways to going to space with NASA, its possibilities are limitless. Here are 5 fascinating VR experiences worth checking out.

Theme park rides are taken to new heights with VR technology. If roller coasters aren’t enough, thrill seekers now get to amp up the exhilaration with VR rides.

One theme park offering such experiences is Six Flags Magic Mountain, which is located near Los Angeles. It has partnered with Samsung Gear VR and Oculus on a ride titled The New Revolution. Riders are equipped with wireless headsets that, when worn, allow them to enter a virtual world with high-resolution imagery and 360-degree views that synchronise to the action of the coaster.

Major fashion houses are using VR technology to take viewers backstage at runways. For instance, Balenciaga put up a 360-degree live stream of its runway for its Fall 2016 collection on the Balenciaga app — which viewers can experience with a VR headset.

Dior, on the other hand, offers the ultimate immersive experience with backstage access via Dior Eyes, its new virtual reality headset designed by its own workshops. Dior Eyes was recently introduced at selected Dior stores around the world, creating a 3D immersion into the backstage of a fashion show and allowing viewers a glimpse of models during the final preparations before the show.

Being an astronaut must have been almost everyone’s childhood dream. But even if your daily routine now consists of sitting in front of your desk churning out work, you can still pretend you have fulfilled your dream of being the next Neil Armstrong.

The scientists at NASA have teamed up with Oculus Rift to share the experience of being onboard various space crafts. Using virtual reality, you are able to view what happens inside the Orion capsule at the top of the agency’s Space Launch System, which is slated for completion in 2018.

With VR allowing users to virtually inhabit spaces in three dimensions, architects and designers have now used it to their advantage. With the new technology, computer-generated images can replace hand-drawn renderings, reducing the time designers spend reworking layouts and drawings. Home owners can also take a look at how their house will potentially look like, and make relevant changes before their architect starts working on the physical apartment.

Pioneers of incorporating VR into design, include Decorilla, an online interior design services business, and Doing It Right This Time, a Canadian company that builds office and residential interiors.

If you’ve ever wished you were suntanning on the pristine white beaches of the Bahamas, or walking along the bustling streets of New York in the middle of the week, that is now virtually possible. Thanks to VR technology, you can soak in the sun with Carribean VR, run wild with lions in safaris with Virtual Gorilla, or partake in space exploration with VR Deep Space Exploration — all from the comfort of your home.

Playstation has also just launched Perfect, its second title for Playstation VR. It is an escapist experience that lets players retreat into three immersive and breathtaking virtual environments to mirror real vacation places in the world — from the Northern Lights to the Mountain Wilderness.

Dior Balenciaga Technology Google Virtual Reality VR Six Flags Facebook NASA
Dewi Nurjuwita
Senior Writer
Dewi Nurjuwita is a travel and design writer who can be found exploring the streets of foreign cities with passport in one hand and a cup of coffee in the other.
Travel Architecture Interior Design

Food & Drink
Introducing H.O.M.E, Martell’s multi-sensory pop-up party that’s coming to town
Gear
These luxury electric SUVs are the best ways to travel green in 2020
Beauty & Grooming
An introduction to clean beauty, a trend that does good for your skin and the earth
Food & Drink
Bar guide: Where to drink in Boat Quay
Style
How modern jewellers are giving jade a contemporary update
Culture
10 Singapore artists to have on your radar in 2020
Style
Watch: Dior Men’s Winter 2020-2021 show live from Paris Fashion Week
Food & Drink
Your next meatless meal could be 3D-printed “steak”
Food & Drink
Where to find the best udon in Singapore
Sign up for our newsletters to have the latest stories delivered straight to your inbox every week.

The best tech gifts for every budget this Christmas