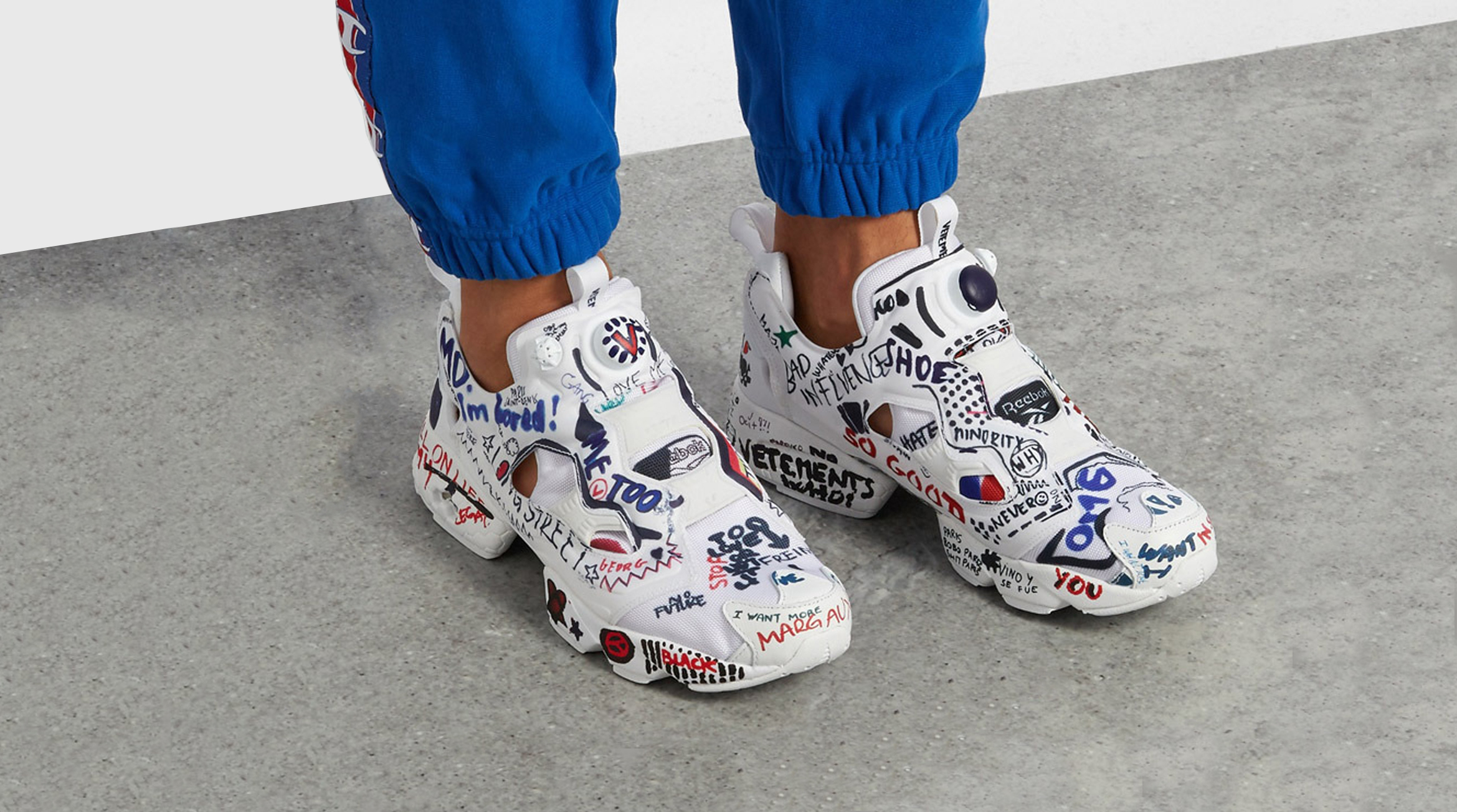 Trend to try: Dirty shoes and why you shouldn’t keep them spotless

Style
Trend to try: Dirty shoes and why you shouldn’t keep them spotless
Share this article
Next article

It’s pretty easy to trace where recent trends are sourced from. Either stemming from Demna Gvasalia-helmed brands — Balenciaga and Vetements — streetwear maestro Virgil Abloh’s Off-White, or Alessandro Michele’s ever-eccentric Gucci, fads and gimmicks from their runways trickle down and get picked up by the fashion circuit faster than you can say “predictable hypebeasts”. But here’s something all those three trendsetters seem to have collectively agreed on as of late: Smeary soles.

Squeaky white sneakers are still a ‘thing’, right? Wrong — at least according to this movement that’s rapidly gaining momentum. First seen as Raf Simons‘ grey-scuffed white sneakers for his Adidas drop in Spring 2016, dirty shoes did not immediately gain mass stamps of approval.

It was only when Gvasalia attended Gosha Rubchinskiy‘s Fall 2016 in a pair of Converse high-tops messily scribbled with a marker, that the sartorial crowd’s curiosity was piqued. Following that, a Vetements x Reebok collaboration was launched in Spring 2017, offering scrawled-on sneakers with a price tag of US$760 (S$1,055).

Not stopping there, Balenciaga Fall 2017 men’s collection saw Gvasalia’s gentlemen marching in gorpcore regalia and soiled sneakers which looked like they survived a thunderstorm on muddy grounds.

And then there’s the bespoke Air Force 1 Nikes at the A-Cold-Wall* Spring 2018 show. Creative director Samuel Ross had them painstakingly spray painted one by one.

“To live means to live traces,” famous German philosopher Walter Benjamin once wrote. Forrest Gump, too, had a say in the matter: “My mama always said you can tell a lot about a person by their shoes, where they going, where they been.” Well, if Benjamin and Gump’s wise words are anything to go by, don’t dirty shoes imply adventures well-seized, risks boldly dived into head first, or simply a zest for life?

So trend validations aside, yes, give dirty shoes a try. Tie them sloppily, behind the tongue, or maybe not at all. Wear them to your heart’s content. Because, once in a while, there’s nothing wrong with letting loose and allowing the course of life take its emblematic toll on your favourite choice of kicks.