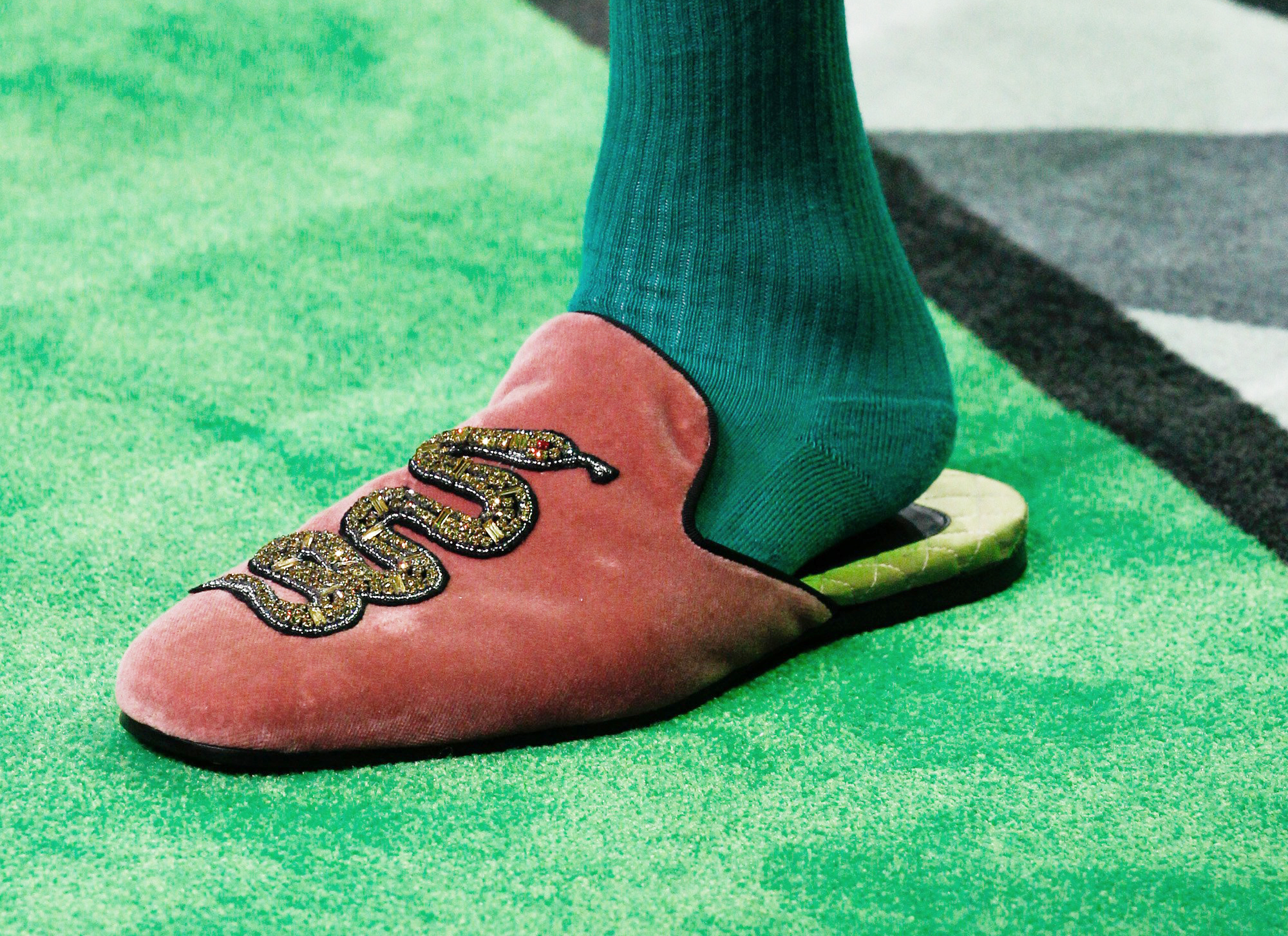 Get a leg up: 5 men’s shoe trends to try this season

Style
Get a leg up: 5 men’s shoe trends to try this season
Share this article
Next article

When it comes to men’s choice of footwear, we all know classics — oxfords, derbies, brogues, you name it — are the foolproof go-tos. Sure, you gents need not maintain a Carrie Bradshaw-esque obsession for the latest and trendiest — but once in a while an adventurous sartorial shake-up is essential to polish up your wardrobe, and there’s nothing a snazzy pair of shoes can’t do (just ask Carrie).

Not quite sure what’s in and what’s out? Look no further, as we’ve rounded up the season’s best shoe trends to haul on your next shopping trip. From the controversy-inciting sock-sandal mash-up, to non-basic loafers like you’ve never seen before, take your cues from the vanguards of menswear the likes of subculture-surfing Raf Simons, experimental Thom Browne, or the ever-effervescent Gucci. Here are 5 shoe trends of the season you need to get in on. Stat.


Pool sliders and Tevas are undoubtedly the season’s most recurring staples on the runway. As sceptical as you’d like to be when it comes to pairing them with socks, it should mean something that menswear forerunners the likes of Prada and Raf Simons are succumbing to the ugly-cool combo. Statement socks are optional, but strongly recommended.

2. The loud and proud


It’s marvellous what a confection of vibrant hues and optical prints can do to the average, beaten-up classics. Opt for splashes of summer colours on your feet in the form of Thom Browne’s striking pastels, and if you’re feeling a bit experimental, give Kenzo’s rainbow dashes a spin. It won’t hurt, we promise.


After more than two decades, fashion’s love affair with a great pair of white sneakers is still passionately ablaze. You should have it somewhere between your shoe rotations, no questions asked. Try bringing it up a notch with these takes from some of the streetwear big boys in the industry.


Activewear is a bottomless well of design inspiration. Injected with a utilitarian edge and a dose of fetish, lace-up boots are one of the star footwear of the season. Case in point: Boxing boots were celebrated in J.W. Anderson, while Timberland-resembling hiking boots made an appearance in Juun.J.


Thank the incredible mastermind behind Gucci, Alessandro Michele, for the revival of loafers — and beautiful, intricate loafers at that. Recent months have seen these spiffy kicks dominating the runways and streets, so we expect nonconformist renditions to fly off the racks like hotcakes. So get going and slip ‘em on. No basics allowed.