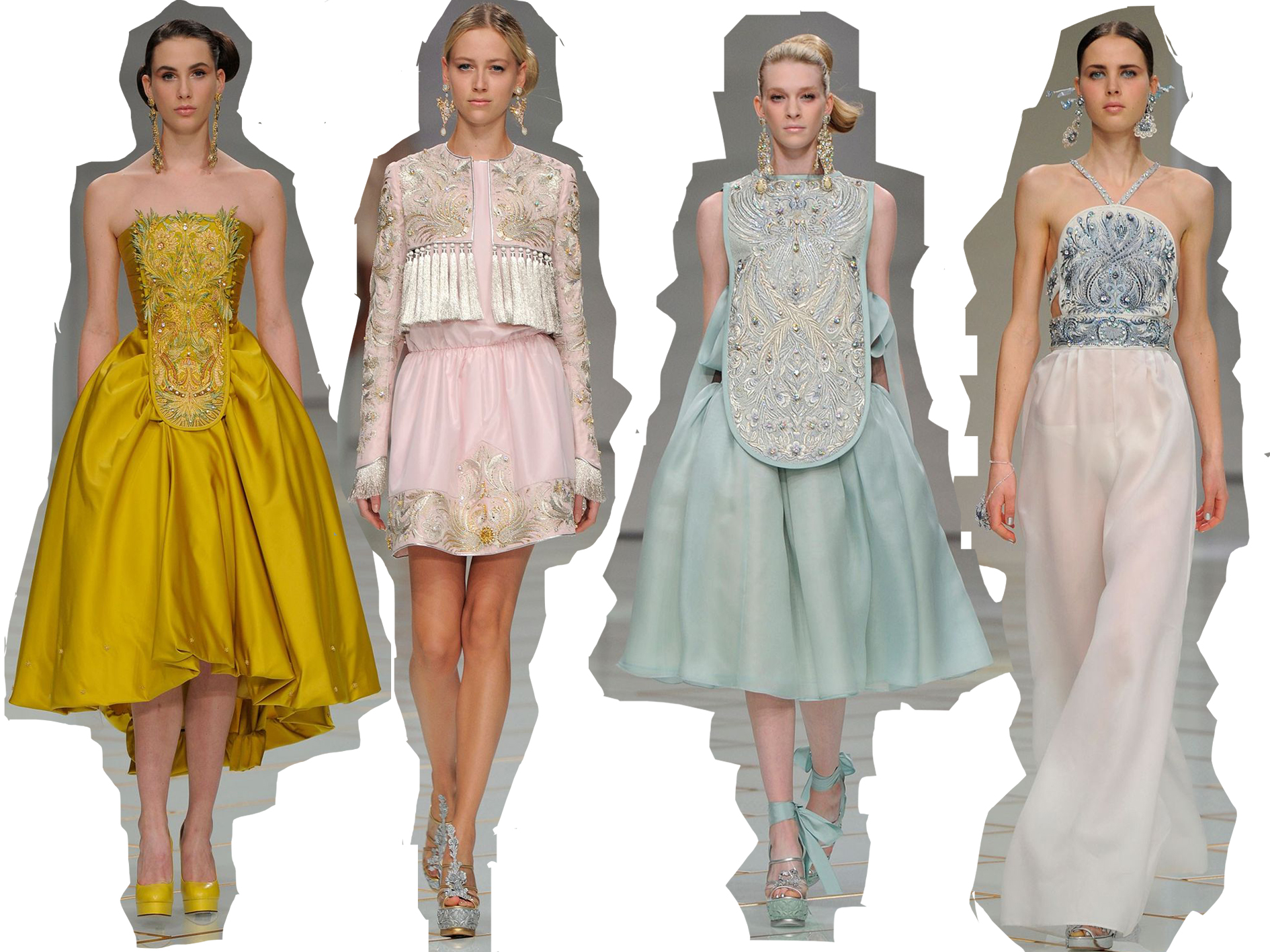 China might still be new to the haute couture scene, but Guo Pei is definitely putting her in the spotlight, one stitch at a time. Now the biggest and most renowned name in her country’s fashion scene, her creations are proudly influenced by the Orient, interspersed with modern avant-garde and a good dose of Western aesthetics.

Showing her haute couture collection for the first time in Singapore, Guo Pei has truly made a name for herself worldwide, especially after Rihanna wore her trailing yellow gown at the 2015 Met Ball. Her spectacular designs — each requiring countless hours of stitching, beading and embroidery — are surely testament to her dedication to the craft. We speak to the charismatic designer on her love for fashion, favourite design to date and who she wished would wear her designs. 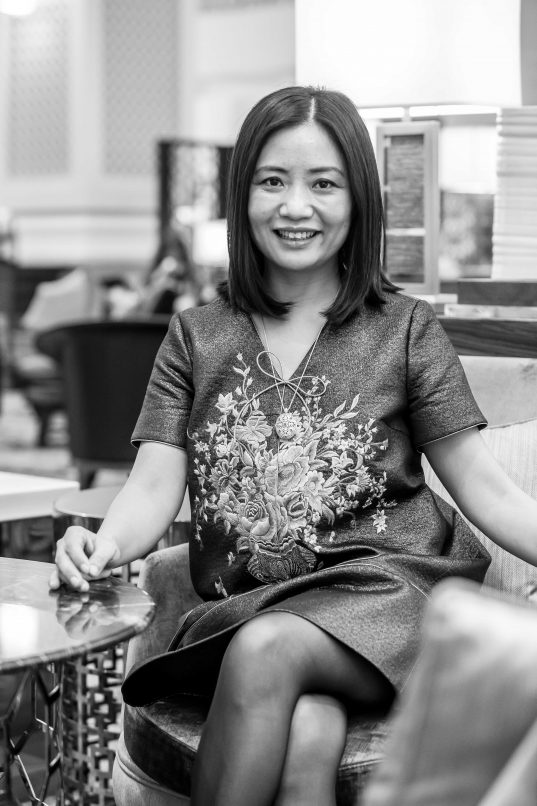 Fashion is something that reflects the culture of the moment and the modernity of the times. To me, it’s a representation of a particular era, and that’s a philosophy i revolve my designs around. I would like to think that my designs are suited to the era or what is going to come and that it reflects the inner desires of the people.

On her first fashion memory

Back in 1982, I first encountered the term ‘fashion designer’ when i was going to choose a vocation. In fact, it was termed ‘clothes designer’ then. However, when I saw that as an option, I immediately knew that that was what I wanted to pursue and I told my mom about it. She replied by asking “what is fashion designing?” and I was surprised that the concept of fashion design was just not in the minds of many people yet.

On the dreaded designer’s block

When I first started out as a designer, I worked for a company and I faced difficulties when I needed to produce something based on their requirements. Young designers often ask me where I get inspiration from. To me, inspiration comes from life, experience, personal values and world views, and being in the industry for more than 30 years certainly helps, so I don’t really face designer’s block anymore. In fact, if you give me a pen and piece of paper now, I can come up with a design from scratch within two minutes.

On her transition to haute couture

I started out designing collections for ready-to-wear, which was actually highly popular and profitable. I’d see people in the streets wearing my designs and counting the number of people who wore them even became my preoccupation. Soon, I began to adopt a more critical view of the way they carried off the pieces and I realised I was caught in the dilemma between making something I didn’t think was nice but could sell, or something that I liked but couldn’t sell. In 1997, I set up my own company and had my first custom-made order. When I presented my client her design, she was very grateful as it made a change in her life and character, and I knew that that was what I was meant to do in my career as a fashion designer.

On her favourite outfit throughout her career

The yellow robe Rihanna wore might have propelled me to international fame, but my most meaningful outfit would be my first creation “Magnificent Gold” about 12 years ago. I might have been a designer for more than 20 years before that and had a lot of designs to my name, but I didn’t feel that any truly represented me as a designer. They were all either made for someone else in mind or commissioned under a company’s requirements. However, “Magnificent Gold” purely stemmed from my desire to make the world’s most beautiful clothing. It took me a total of 50,000 hours to put together and it would be impossible to make a second piece. I had an offer to sell it for RMB5 million (SGD1.03 million) — which was an astronomical price at that time — but I decided not to sell it because of what it meant to me. 10 years later, “Magnificent Gold” found its way to the Metropolitan Museum of Art and because of that, the world came to learn about China. It’s a representation of my country and its people and that to me is more valuable than RMB5 million. To me, it’s symbolic of being true to yourself and being earnest in every step of your work.

On what inspired her SS16 show at the Singapore Fashion Week

The courtyard series was also my first haute couture collection presented in Paris. In China, the courtyard represents the people, the community, the family and the country and even has a significant role in the royal family culture as it’s very prevalent in royal compounds. I wanted to bring something from my home to yours without being too overpowering, and so I mixed phoenixes with flowers and incorporated silhouettes inspired by the European renaissance era.

On who she wishes to see in her designs

I’d love to see Audrey Hepburn in one of my designs. She’s extremely popular in China, even till today and I’m very envious Givenchy had the good fortune of dressing her back in the day. However, I do feel that everyone is beautiful in their unique way and I only hope that my designs can speak to as many people as possible.

China Haute Couture Guo pei Singapore Fashion Week 2016
Shatricia Nair
Senior Writer
Shatricia Nair is a motoring, watches, and wellness writer who is perpetually knee-deep in the world of V8s, tourbillons, and the latest fitness trends. She is fuelled by peanut butter and three cups of coffee a day.
Motoring Wellness Watches