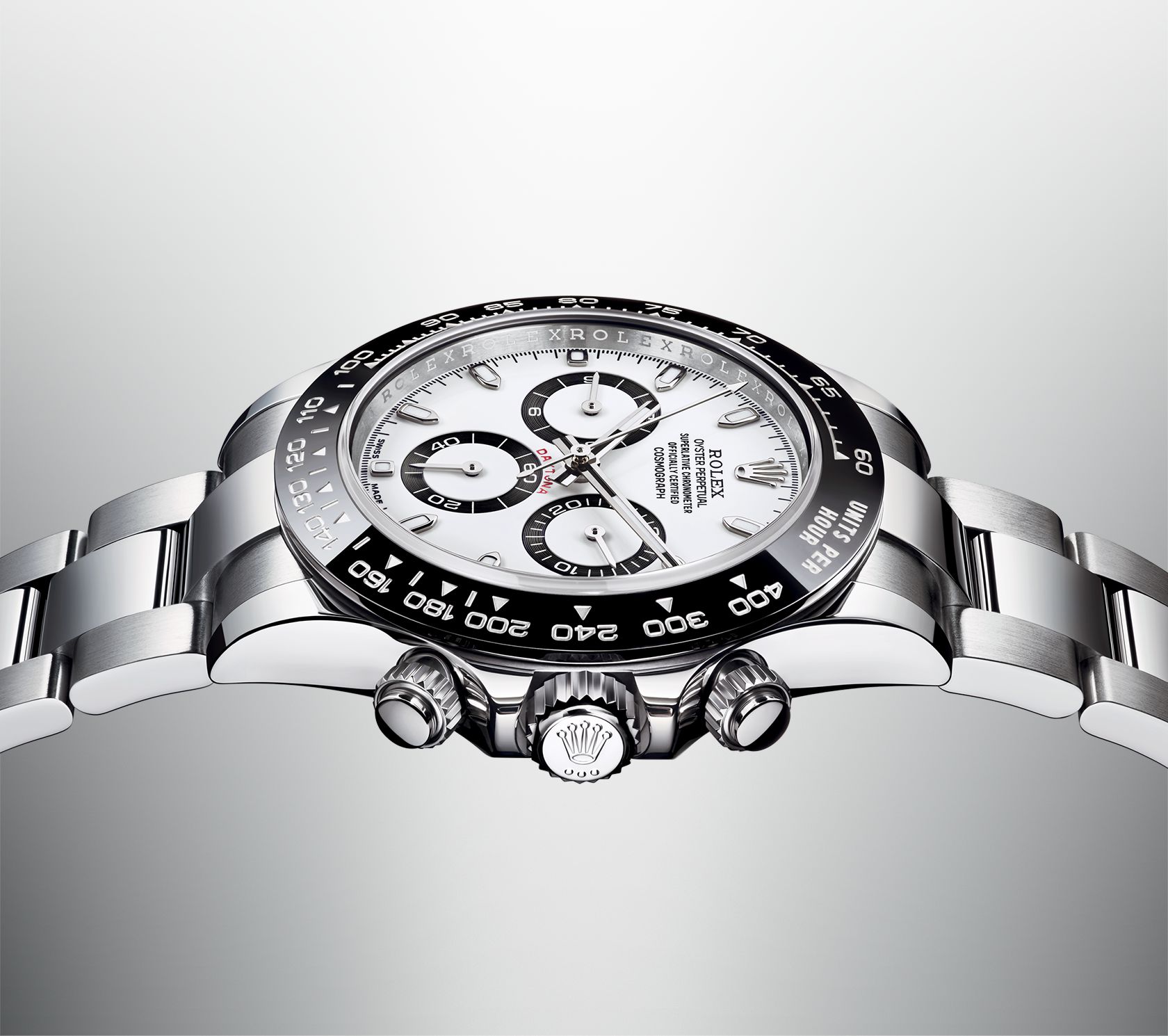 Everyone knows that iconic mechanical, self-winding chronograph by watchmaking giant Rolex. The Daytona has graced thousands of wrists since its inception in 1963, and its name has become more synonymous with the storied Swiss watchmaker than the Florida city and motorsport race it was named after.

Not since the 50th anniversary special edition in 2013 has the iconic model seen an upgrade, and it comes in the form of the Oyster Perpetual Cosmograph Daytona, a steel iteration with distinguished features that only serve to further highlight the watch’s timelessness. Succeeding the older engraved metal bezel is a black Cerachrom one, a single-piece ceramic insert with exceptional scratch and corrosion resistant properties. A look that harkens back to two Daytonas in 1965, the ref. 6240 and 6263 — though both had plexiglass bezels instead — this Daytona finally joins the Submariner and GMT-Master II in getting the ceramic bezel treatment.

Specially developed by Rolex, Cerachrom bezels are coated with a very thin layer of platinum within the numerals and graduation via a PVD (Physical Vapour Deposition) process, creating definition and contrast that helps the watch stand out. It’s also impervious to UV rays, which means no tarnish caused by oxidation; in other words, you can expect its lustre to last for all of time.

Inside, the automatic calibre 4130 continues to drive the Cosmograph Daytona, which, in addition to being COSC Chronometer Certified, is now also Rolex Superlative Chronometer Certified. The former is only awarded to high-precision Swiss-made chronometers, while the latter is a new set of guidelines applied by Rolex just last year which guarantees an accuracy rating of -2/+2 seconds per day. The automatic movement operates at 4Hz and has a power reserve of 72 hours, more than sufficient for that long weekend escapade.

The white lacquered dial version now features black sub-dial rings, while the black glossy one sees silver rings which perfectly complements the black and platinum bezel. Eighteen carat white gold appliqués on the hour markers and hands adorn the dials of both versions, which cost S$16,600 each.